NEW YORK (AP) — The next-man-up New York Yankees are at it again.

Frazier had three hits, including a three-run drive, and matched a career high in RBIs. Gio Urshela also homered for the Yankees, and Tyler Wade delivered an RBI double after replacing LeMahieu, who left with a sprained left thumb in the sixth inning and could be

New York has beaten Boston in eight straight meetings, its longest winning streak in the rivalry since 1985. The Yankees improved to 14-6 in this pandemic-shortened season — the franchise's best 20-game start since going 17-3 in 2003 — despite losing Judge, Giancarlo Stanton, Aroldis Chapman and now LeMahieu to injury or illness.

“As always, the expectations in that room never change despite what happens," manager Aaron Boone said.

Xander Bogaerts and Alex Verdugo homered, struggling sluggers Rafael Devers and J.D. Marinez had two hits each, but Boston dropped to 6-15 after trading away Mookie Betts in February. Red Sox starter Nathan Eovaldi (1-2) allowed three homers and eight runs in 5 1/3 innings, by far the worst start of what’s been a bounceback season for the hard-throwing righty.

LeMahieu, hitting .411 atop the Yankees' lineup, was pulled in the sixth inning after an awkward whiff against Eovaldi in the fourth. He remained in the game and grounded out weakly but was pulled after playing another half-inning in the field.

X-rays were negative, but the Yankees sent LeMahieu to the hospital for an MRI and CT scan. LeMahieu broke the same thumb in 2018 with Colorado. He told Boone this injury felt similar.

“He was pretty sore,” Boone said. “We'll just have to see what comes back from that.”

Frazier and Wade again showed off the depth of a club that won the AL East in 2019 despite placing a record 30 different players on the injured list.

Frazier, a promising 25-year-old blocked the past few seasons by Judge and Stanton, is 7 for 11 with two home runs in three games since being recalled from the club's alternate site this week.

“It’s a good feeling, you know, because trying to play the position of Aaron Judge is not easy,” Frazier said. “I knew that last year whenever I was playing right field, none of those fans that bought season tickets came to the game to see me play. They came to see him.”

Frazier went the other way to right for his homer off Eovaldi in the sixth and added a bases-loaded single in the seventh to drive in two more.

Criticized for his defensive acumen and effort, Frazier helped Paxton strand two baserunners in the first when he laid out to catch Bogaerts' sharp line drive in right-center.

“I obviously had a few mishaps last year, but I had a long offseason and a long coronavirus offseason as well to make up for some stuff that happened last year," Frazier said. "I never really looked at myself as a bad outfielder. I just had a couple bad plays.”

He did it all from behind a pinstripe face covering he's wearing this season as a COVID-19 precaution.

Sánchez lofted a two-run homer in the fourth that put New York ahead 4-3. The 27-year-old started the season on a 4-for-43 slide with one homer before this three-day power surge.

Paxton hasn’t gotten the same zip on his fastball since having a cyst surgically removed from his back in February, and his heater topped out at a season-best 92.8 mph Saturday. After striking out 11 against Tampa Bay in his previous start, he struggled to put away Boston hitters and finished with two strikeouts.

Boston has allowed 63 runs over its past six games.

“When it rains, it pours,” Eovaldi said.

Red Sox: Roenicke says RHP Chris Mazza will start Sunday and LHP Martín Pérez on Monday to close out the series against the Yankees. RHP Zack Godley will then pitch Tuesday against Philadelphia, followed by rookie LHP Kyle Hart.

Yankees: Judge will be treated through the weekend for a strained right calf that landed him on the injured list Friday, and Boone hopes he can resume baseball activities Monday. ... Chapman (COVID-19) threw his second simulated game at the club's alternate site Friday, and Boone said the All-Star closer is just about ready to return, possibly Monday or Tuesday.

Yankees LHP J.A. Happ (0-1, 10.29) was skipped New York's previous turn in the rotation but will make his third start Sunday night against Boston. Happ's contract includes a $17 million option for next season that was to be guaranteed for either 27 starts or 165 innings, which in this shortened season becomes 10 starts or 61 1/3 innings. Mazza, a distant relative of Joe DiMaggio, pitched 2 2/3 scoreless innings against the Yankees on Aug. 1, his only appearance this season.

Boston Red Sox
share story
NASCAR drivers might need to adjust strategy after early-season surprise winners Surprise early winners have some wondering whether it will be harder than ever to make the playoffs on points, Bob Pockrass writes..
1 MIN AGO 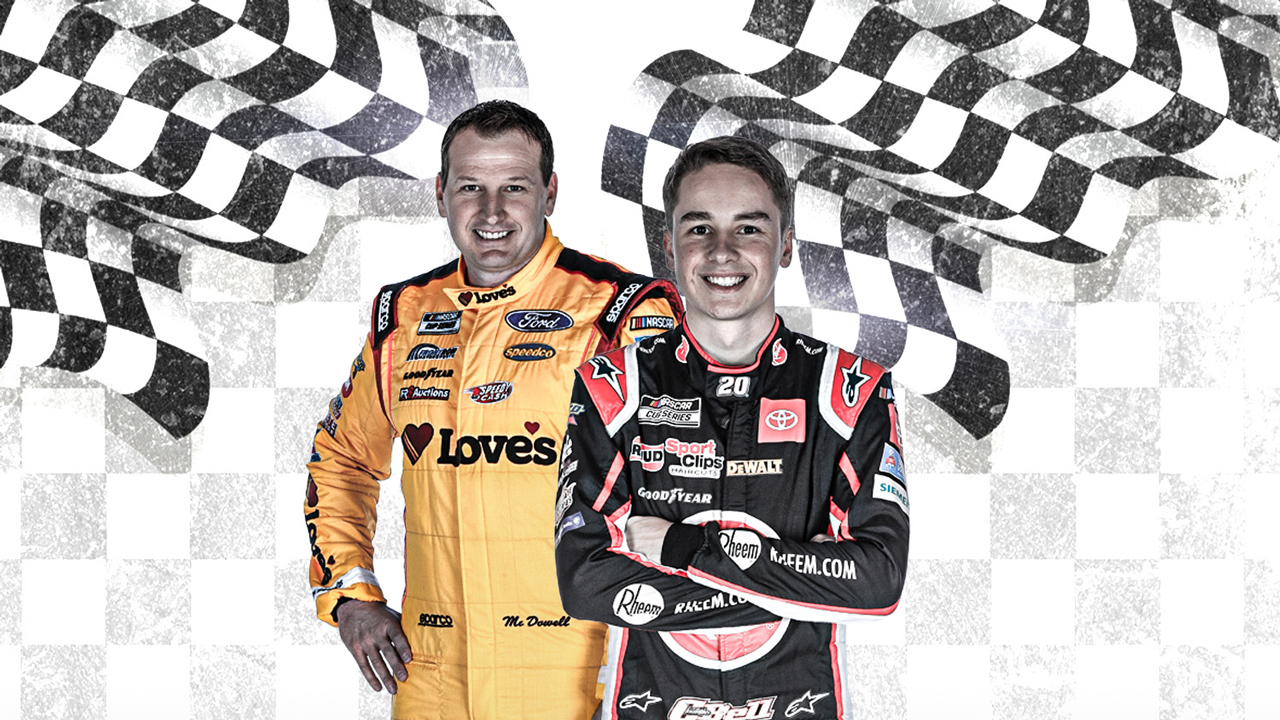