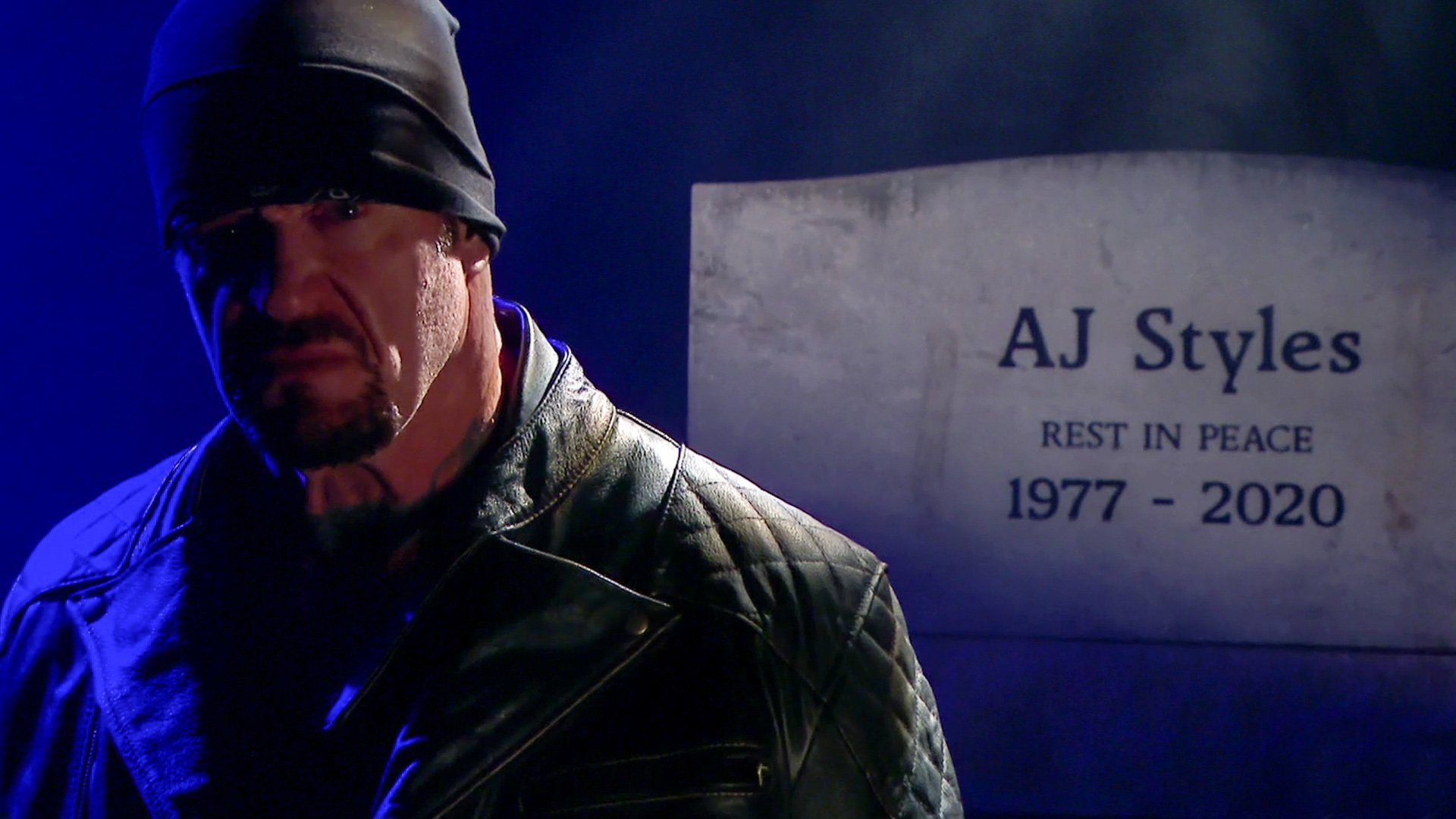 ORLANDO, Fla. — AJ Styles wanted the old Undertaker back, and the old Undertaker answered. Two weeks after confronting The Phenomenal One in stripped-down fashion, The Last Outlaw opened Raw by delivering an ominous statement to Styles in advance of their Boneyard Match at WrestleMania.

Calling AJ Styles by his given name “Allen Jones” — “since we’re being real now” — The Deadman acknowledged that he definitely has more matches behind him than in front of him, but he promised “the ultimate price” for disrespecting his wife Michelle McCool. (Pointedly, The Deadman theorized that Styles roped her into the conversion because McCool’s Faith Breaker is a superior version of the Styles Clash.)

Snickering at Styles’ desire to face him in a boneyard, The Deadman invited Styles to bring Luke Gallows & Karl Anderson with him to WrestleMania, so they could feel the wrath of the “unholy trinity.” Undertaker concluded by revealing a tombstone with The Phenomenal One’s name on it, as clear a sign as any that he has already picked a place for AJ Styles to rest. The peace, of course, is not guaranteed. 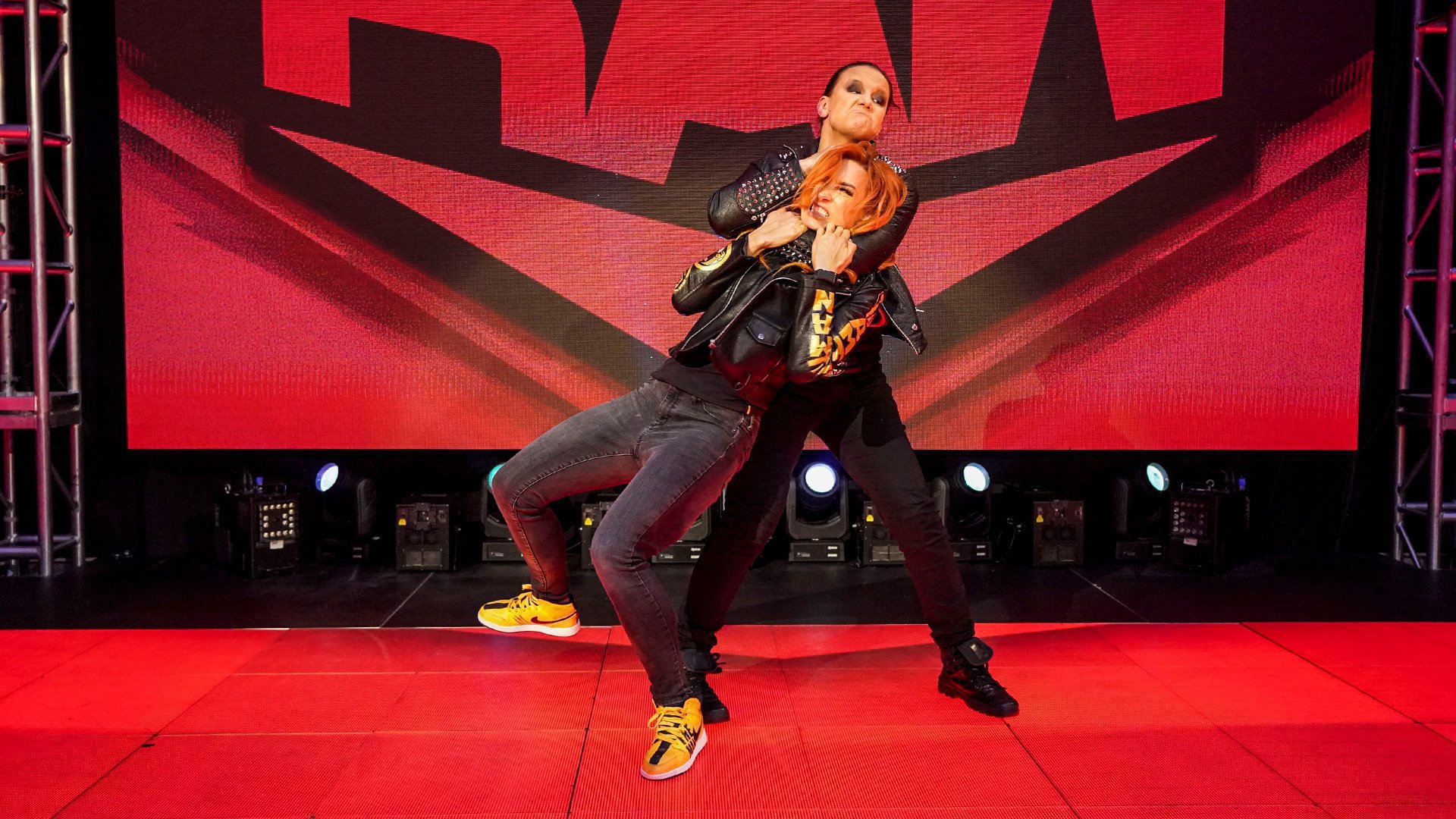 It’s been clear for some time that Becky Lynch doesn’t fear Shayna Baszler when she’s coming straight at her. So in their final pre-WrestleMania confrontation, The Queen of Spades blasted the Raw Women’s Champion from behind during what was supposed to be a moment of glory.

In fact, Baszler caught Lynch when her guard was down the most, ambushing the champion in the wake of a replay of her historic WrestleMania main event victory from last year. Moments after implying that Baszler was chasing Ronda Rousey’s spotlight, Lynch found herself on the business end of a Kirifuda Clutch and a powerbomb swing into the commentary table. Becky may well be right when she says that history follows the ones who made it; the only question now is whether she’ll be on the right side of it.

Aleister Black surges ahead to WrestleMania 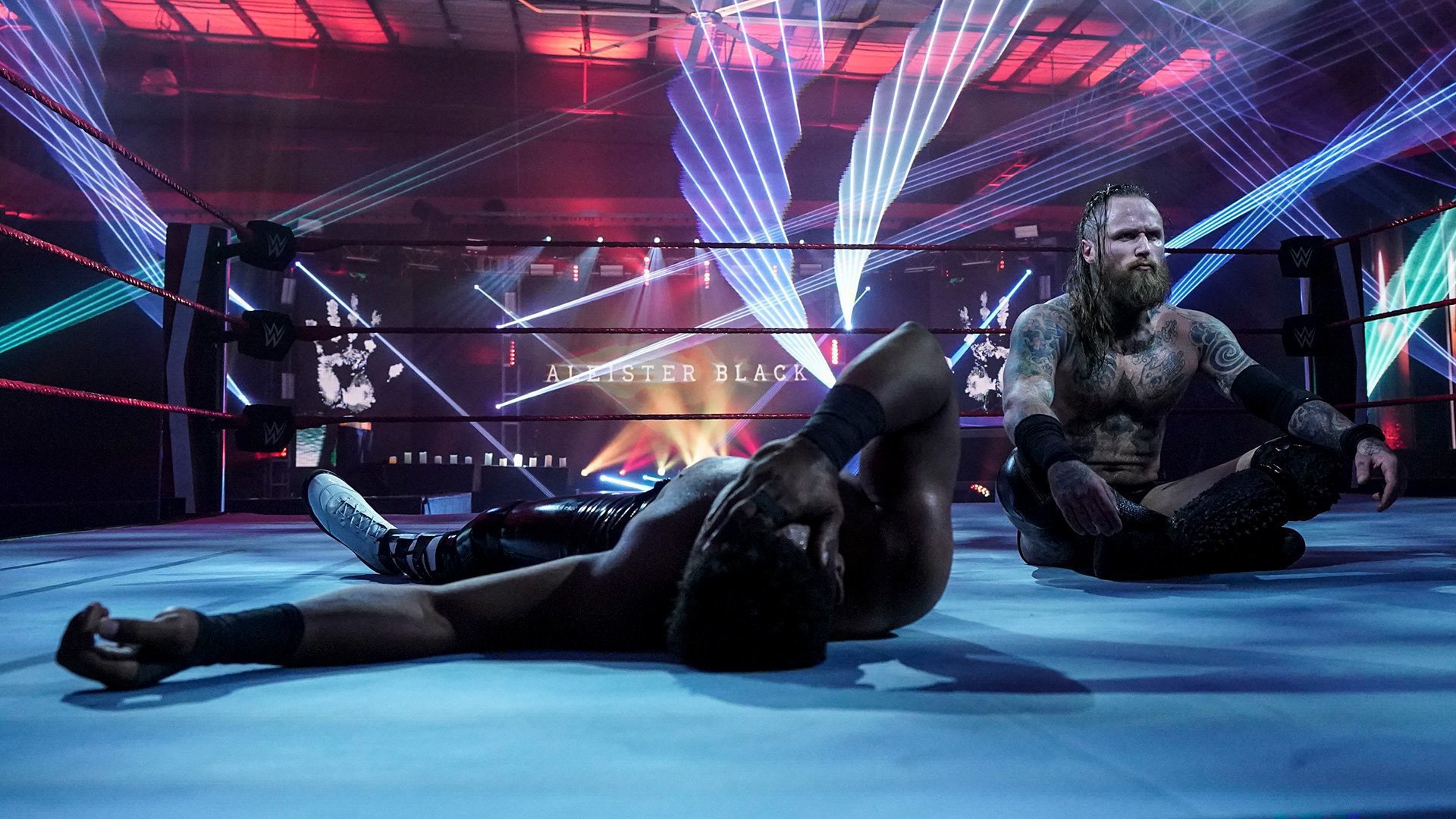 With Bobby Lashley looming in the distance, Aleister Black shows no signs of slowing. The former NXT Champion recorded his second near-instant victory in as many weeks en route to WrestleMania, dispatching Jason Cade almost as quickly as he did his foe last week. Given that Black is ripping off displays like this week after week, it’s safe to say he isn’t sweating Lashley … though there’s always a chance he’s fighting himself into a false sense of security. 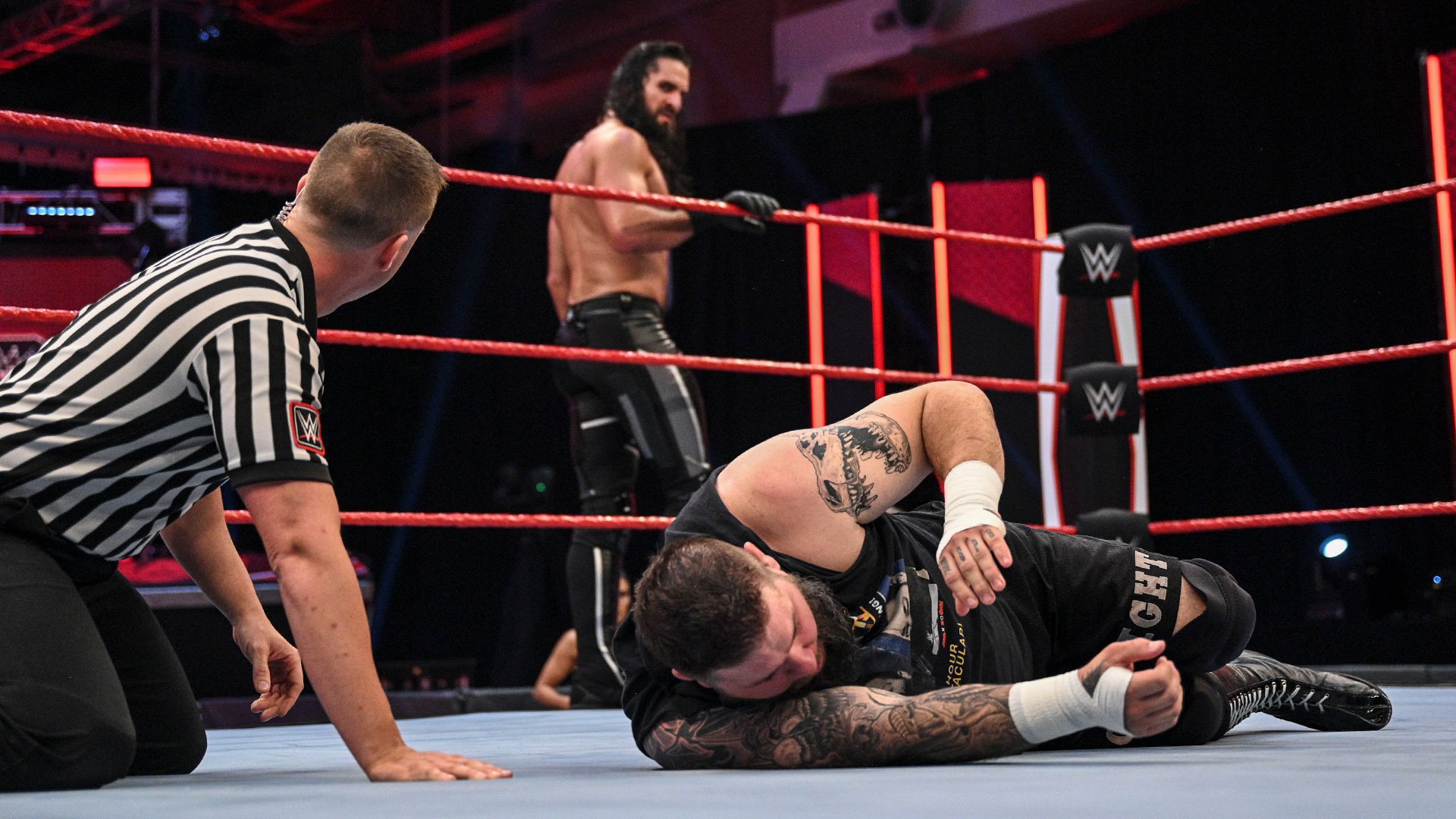 Did Seth Rollins put Kevin Owens in his place last week or light a fire under the former Universal Champion? All signs point to the latter; not only did Owens score the deciding pinfall in a Six-Man Tag Team Match, but he responded to a post-bout blindside attack by The Monday Night Messiah with his most passionate promise yet.

The match, pitting Owens and The Street Profits against Rollins, Angel Garza and NXT’s Austin Theory — recruited by Zelina Vega to sub in for an injured Andrade — ended via Stunner to Garza, but Rollins got the metaphorical last word with a Stomp to Owens immediately after the bell. Owens, however, got the literal last word with an impassioned post-match speech: “Your past doesn’t matter. My past doesn’t matter,” he said, evoking Rollins’ words the previous week and promising to take his first WrestleMania moment from The Monday Night Messiah. 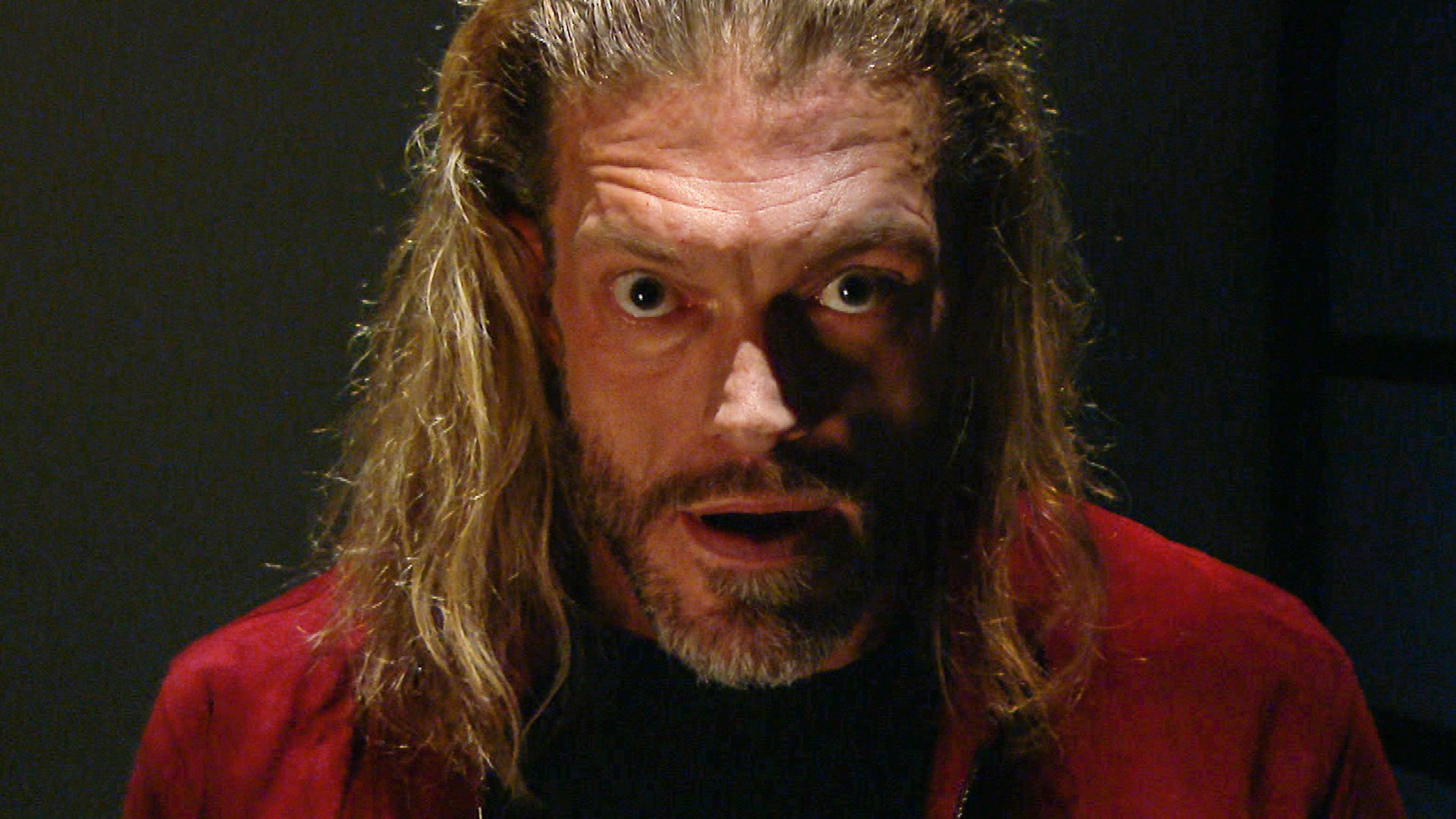 At WrestleMania, it will be Edge vs. Randy Orton in the ultimate test of grit — a Last Man Standing Match. And from the confined space of an undisclosed location, The Rated-R Superstar gave one last address to the rival who called him a “junkie” for his own in-ring persona last week.

On that point, Edge didn’t exactly dispute The Apex Predator. He did, however, dispute Orton’s assessment of his own grit, claiming that “okay with being okay” isn’t the same as his own grueling path back to the ring, to say nothing of the type of man who will “reach into a hole and pull someone up that doesn’t deserve it.”

Ironically, Edge claimed he and Orton bring out the best in each other — Orton hasn’t been as good as he was when Edge was first around, and Orton’s attacks on Edge’s family are what motivated him to stick around — but at least one of Edge’s definitions of grit is now out the window: “You dug yourself another hole, Randy,” he said. “This time, I’m not gonna pull you back out. I’m gonna push you so far in you will never get back out.” 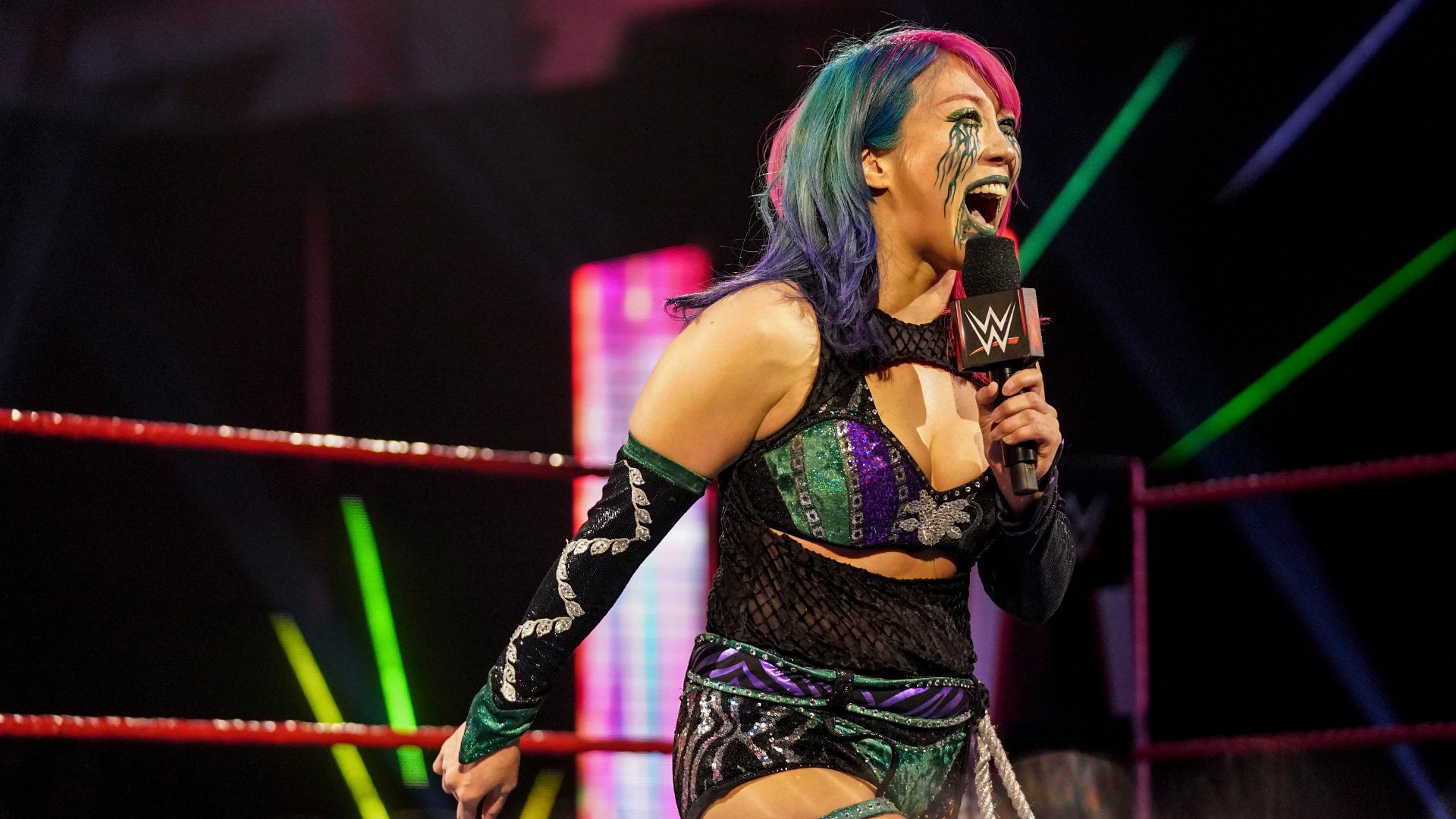 With a WWE Women’s Tag Team Title defense ahead of her this weekend, Asuka is feeling herself in a major way. In fact, we got The Empress of Tomorrow of old on Raw, from the sneering taunt of “nobody is ready for Asuka” to the minutes-long decimation of NXT’s Kayden Carter, whom she submitted easily with the Asuka Lock.

The Empress of Tomorrow’s trash talk didn’t stop after the match; she got on the commentary table and furiously addressed Tag Title challengers Alexa Bliss & Nikki Cross from the headset. Given that the screed was in her native Japanese, it wasn’t clear exactly what she was saying. Given what she just did to Carter, it’s unlikely that a translation was needed. 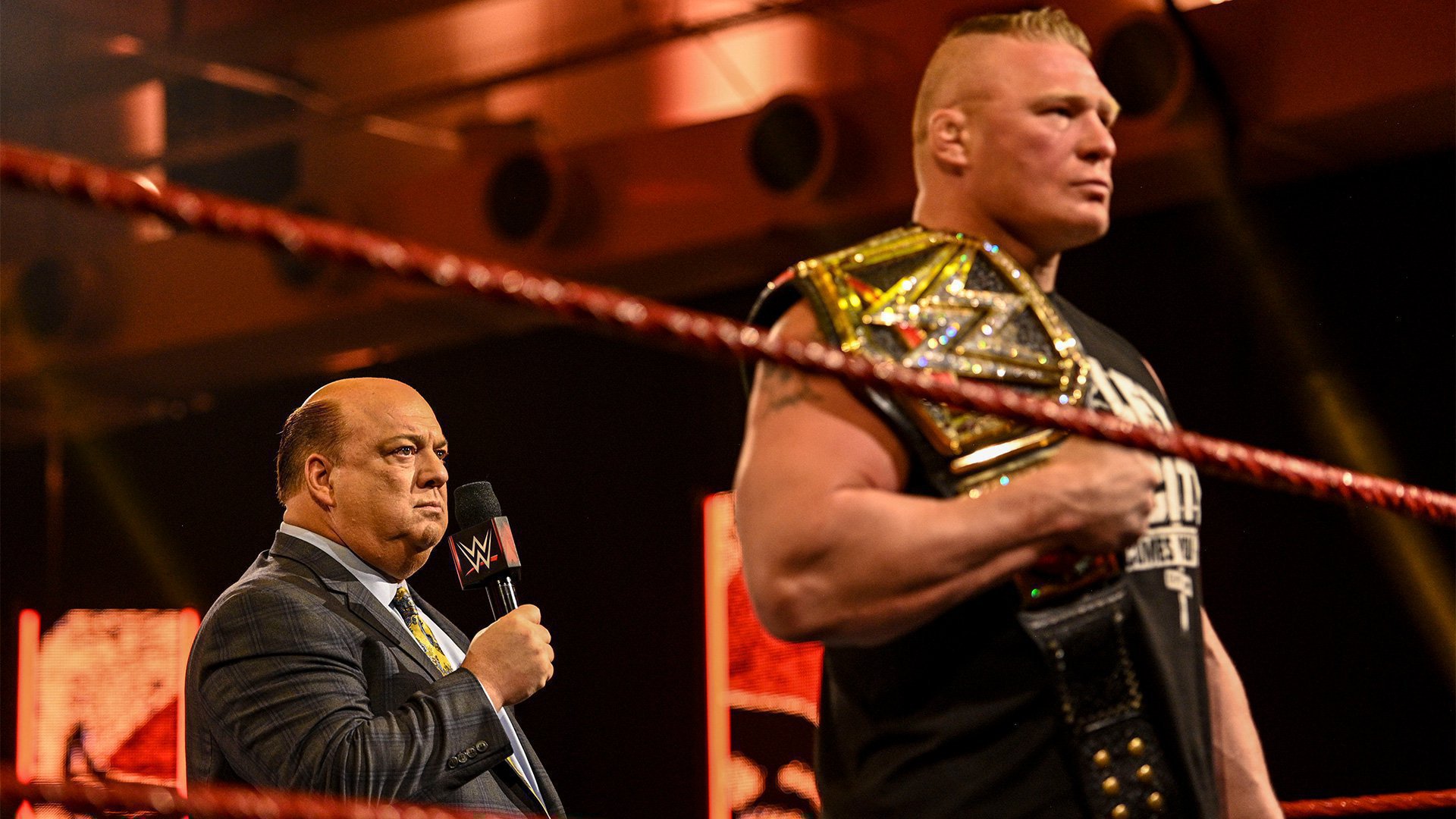 Never one to egregiously pull back the curtain, Paul Heyman ended this Road to WrestleMania by letting the WWE Universe in on a trade secret: During the final moments of the last Raw before WrestleMania, Brock Lesnar is always the guy in the ring, because he’s always the guy to beat. And as far as he’s concerned, that’s unlikely to change when we’re back here a year from now.

None of which is any disrespect to Drew McIntyre, whom Heyman claimed was a truly special challenger … just like Rock, Hogan, Randy Couture and all the other icons Lesnar plowed through across two sports. As for the Scotsman’s Beast-dropping Claymore, Heyman offered two scenarios: Either Lesnar avoids it, or eats one and we find out how good McIntyre is. For his part, Heyman knows where he lands on that last point: Drew McIntyre is going to walk in special, and walk out like everybody else. He went so far as to guarantee it. Only a few days until we find out how good those guarantees are.