The Viper accepted The Ultimate Opportunist’s WrestleMania challenge, AJ Styles challenged The Undertaker to a “Boneyard Match,” Becky Lynch took out Shayna Baszler in a brutal sneak attack and more as The Road to WrestleMania heats up. 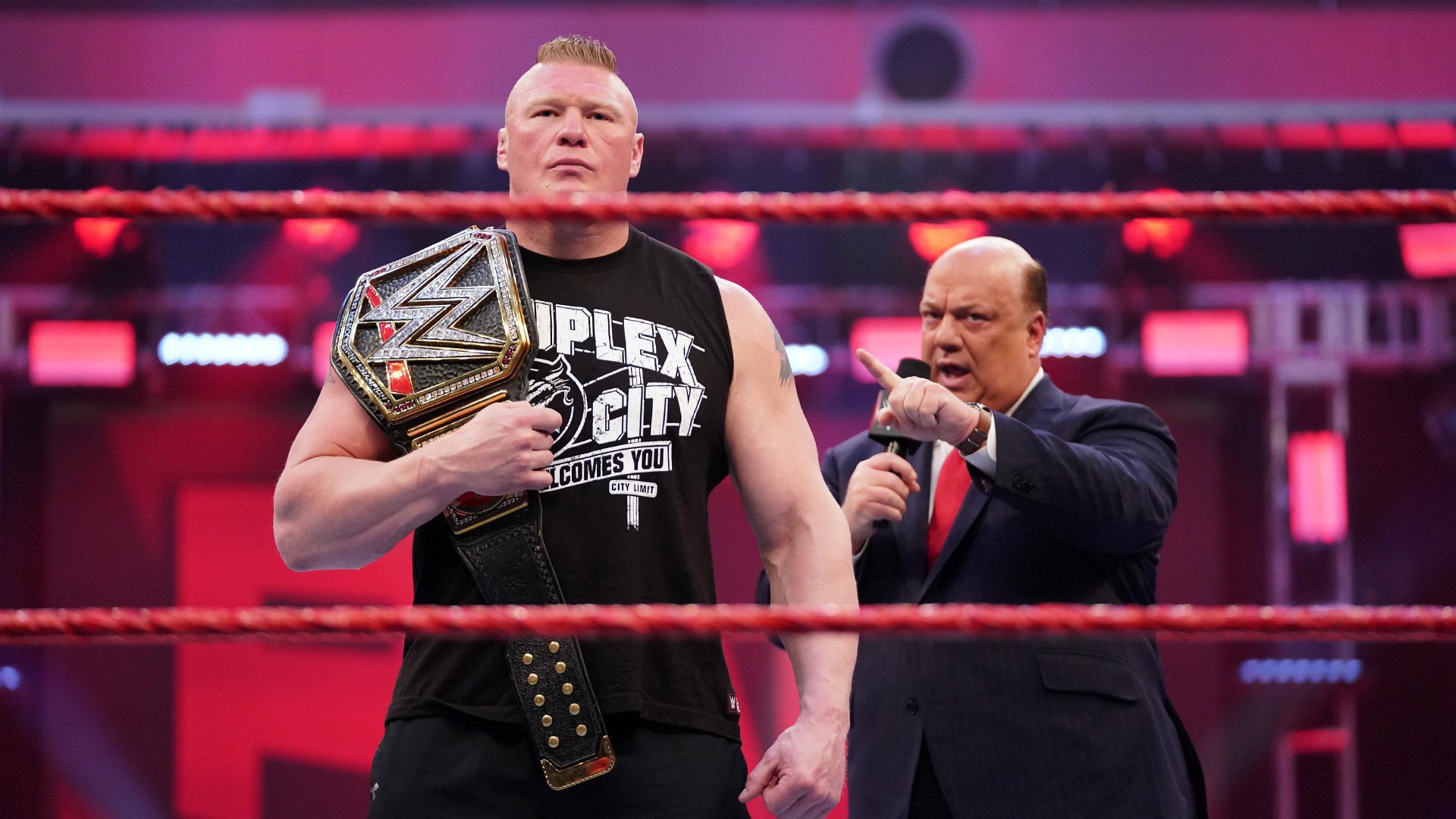 ORLANDO, Fla. — As he so often does, Paul Heyman said it best: “We live in most uncertain times.” But there is a silver lining to this cloud in the form of WWE Champion Brock Lesnar, whom The Advocate christened as the “certainty” the moment demands.

As he so also often does, Heyman gave credit to his client’s enemy, christening WrestleMania challenger Drew McIntyre as a “made man” who will be dining out on his previous one-ups of The Conqueror for years. But that, according to Heyman, is where the story ends for the Scottish Superstar. To Team Brock, McIntyre is another name in Lesnar’s list of conquests, while Lesnar will remain atop the mountain with the WWE Championship, an imposing constant in the eye of an ever-changing world. 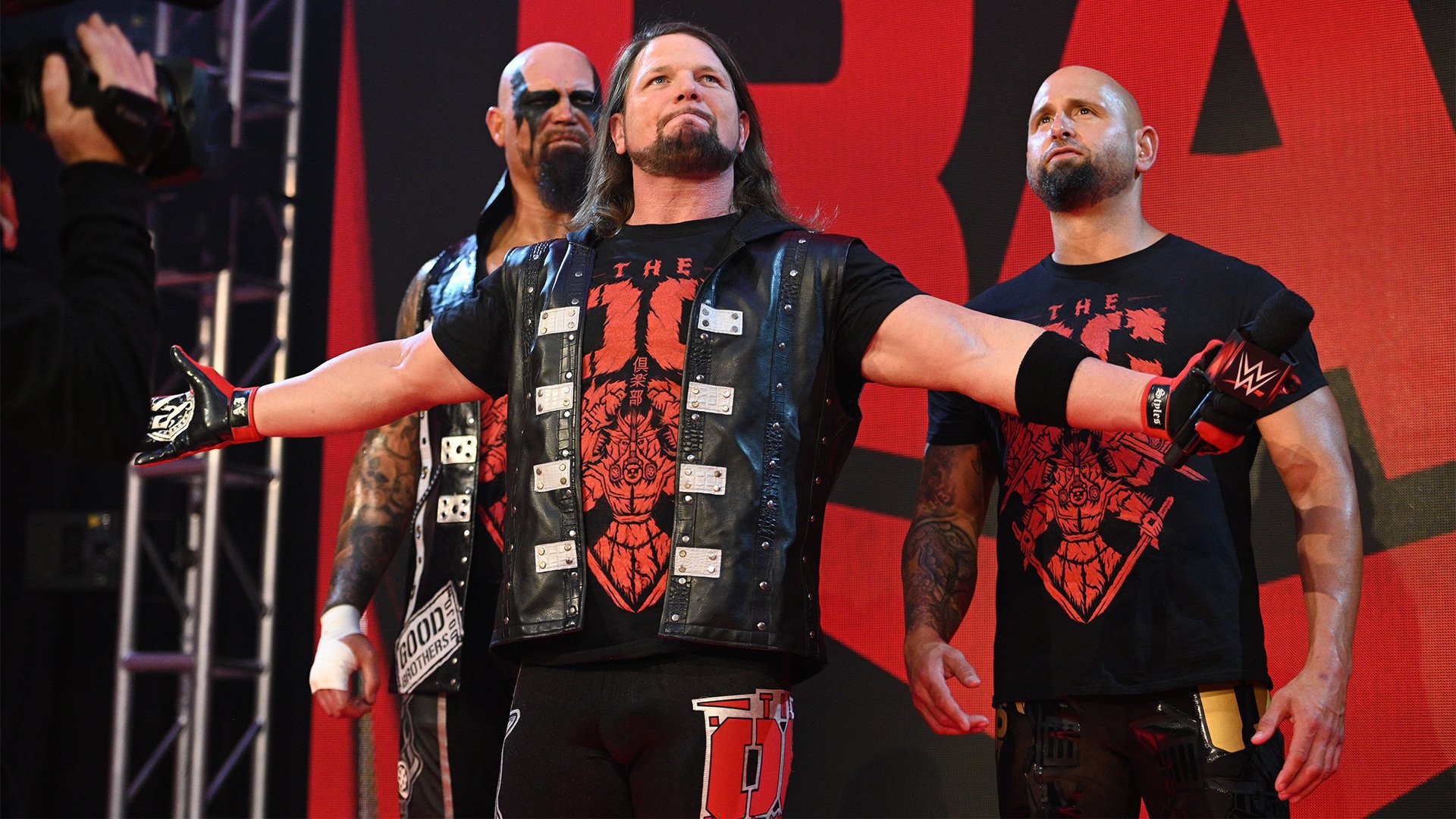 Say this much for AJ Styles: He certainly isn’t sweating the idea of facing The Undertaker at WrestleMania. And if you thought his continued potshots at The Deadman’s family and social media presence were some kind of twisted death wish, well … it turns out you might be right.

In his latest diatribe against The Last Outlaw and Michelle McCool, Styles all but admitted he wanted the legendary Undertaker of WrestleManias past, and in order to get his wish, he offered to turn their WrestleMania match into The Deadman’s signature bout, a “Boneyard Match.” The Phenomenal One capped off the rant by promising to literally bury The Undertaker in their family plot; insults aside, the bravado on display here was truly incredible. That AJ Styles sure can talk. But he might just be talking himself into a hole. 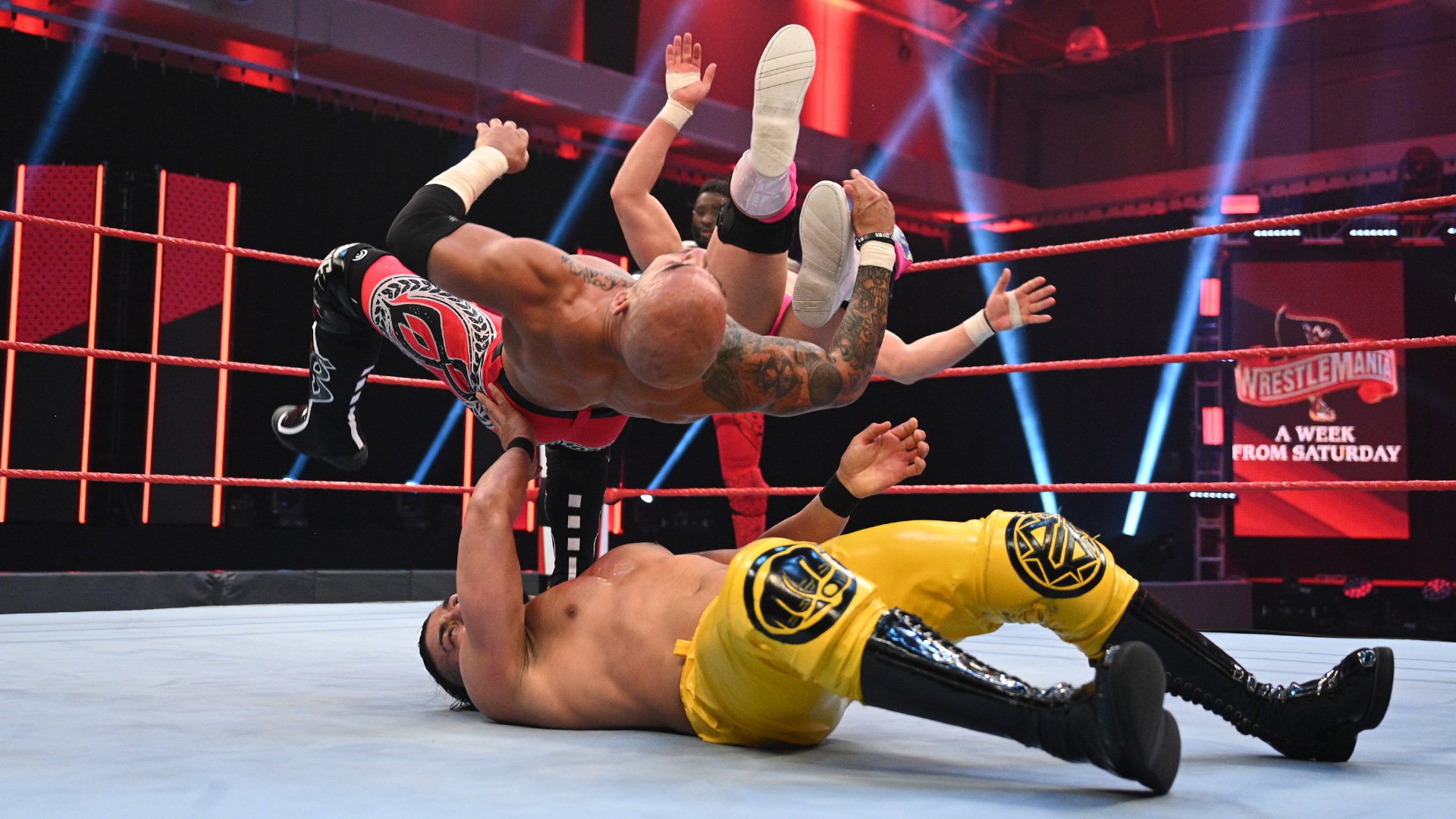 The Road to WrestleMania has a few more daunting challengers, as Andrade & Angel Garza are set to take on The Street Profits for the Raw Tag Team Championships. And the pair a got off to a hot start on their path to the big dance, defeating Ricochet & Cedric Alexander in a match that cranked the intensity and speed up to 11.

With The Street Profits watching from commentary, Andrade & Garza put in an impressive performance, matched by the incredible chemistry of Ricochet & Alexander. The two high-flyers worked in near perfect sync, but Andrade’s timing carried the day, as he caught Alexander with a rolling elbow to the dome to seize the victory. Clearly, these two will make dangerous foes for the Profits, and the champs were more than ready to mix it up, storming the ring to throw down with their challengers and clearing them from the squared circle in the wake of their bout. Game, as they say, recognize game.

Street Profits cash out against Thorne and Vink

One demonstration unfolds, and another follows it, as The Street Profits answered their WrestleMania opponents’ victory with one of their own. The champs’ conquests were none other than NXT’s Shane Thorne and Brendan Vink, the latter of whom is an absolutely gigantic man who nonetheless got caught unaware by an enziguiri from Montez Ford. Ford’s quick strike enabled the Profits to finish off Thorne with the combo of Angelo Dawkins’ spinebuster and Montez’s Frog Splash. For all the ink rightfully devoted to their buzzy challengers, it’s becoming clear that one shouldn’t sleep on the Profits. Not now, not tomorrow, not ever.

Becky comes out swinging (a chair) against Baszler 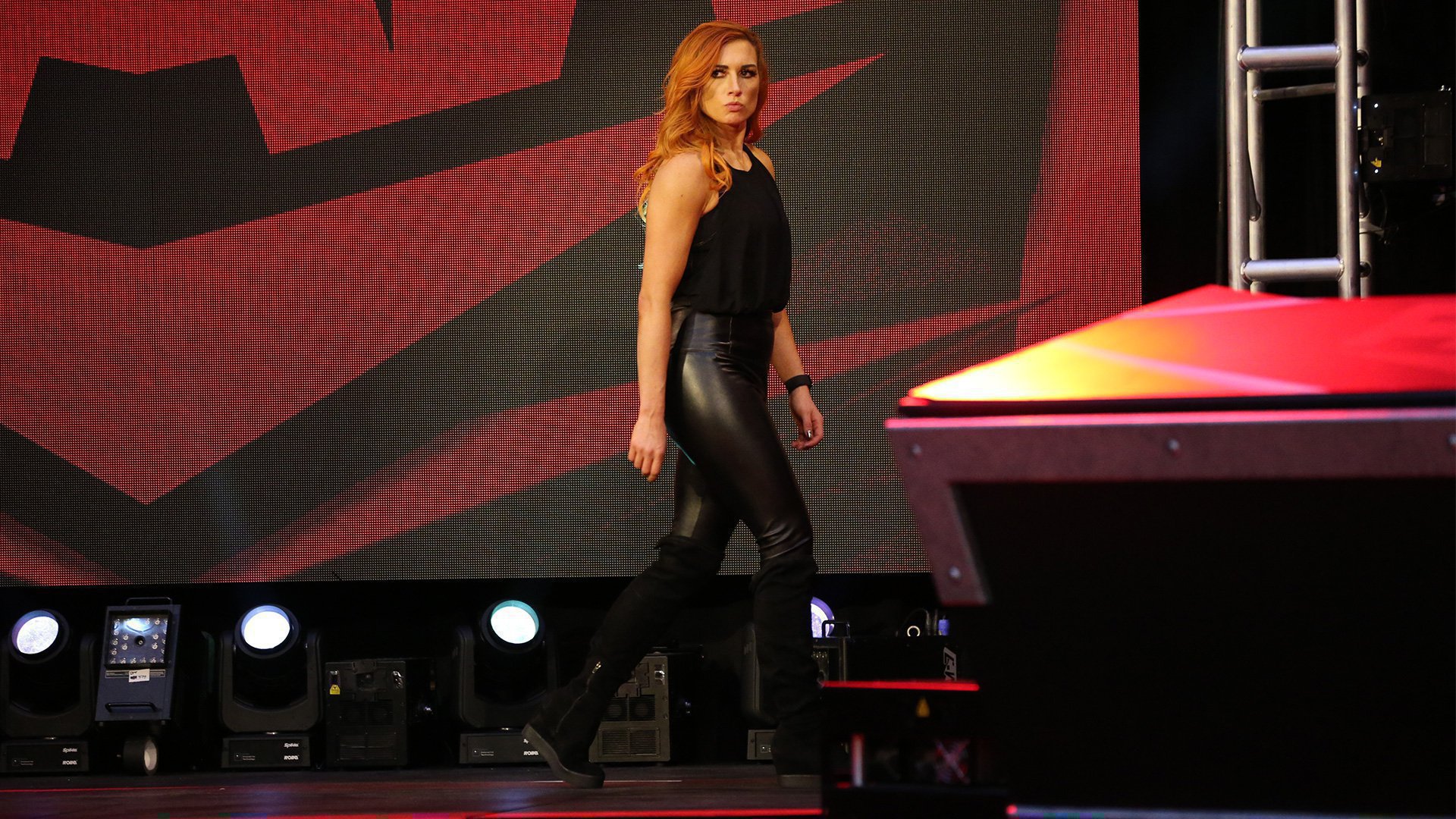 Becky Lynch has made it clear in both word and deed that she isn’t afraid of Shayna Baszler, but The Man’s latest move against her WrestleMania challenger was brazen even by her standards. Interrupting an in-ring interview in which Baszler promised to “destroy” The Man by taking the Raw Women’s Title, Lynch announced her presence by clobbering The Submission Magician with a steel chair, cutting the interview short and leaving Baszler down. It was yet another illustration of how Becky has upended the perceived natural order of things en route to her bout with a bona fide cagefighter. Of course, there’s always the possibility that she just made Baszler mad. 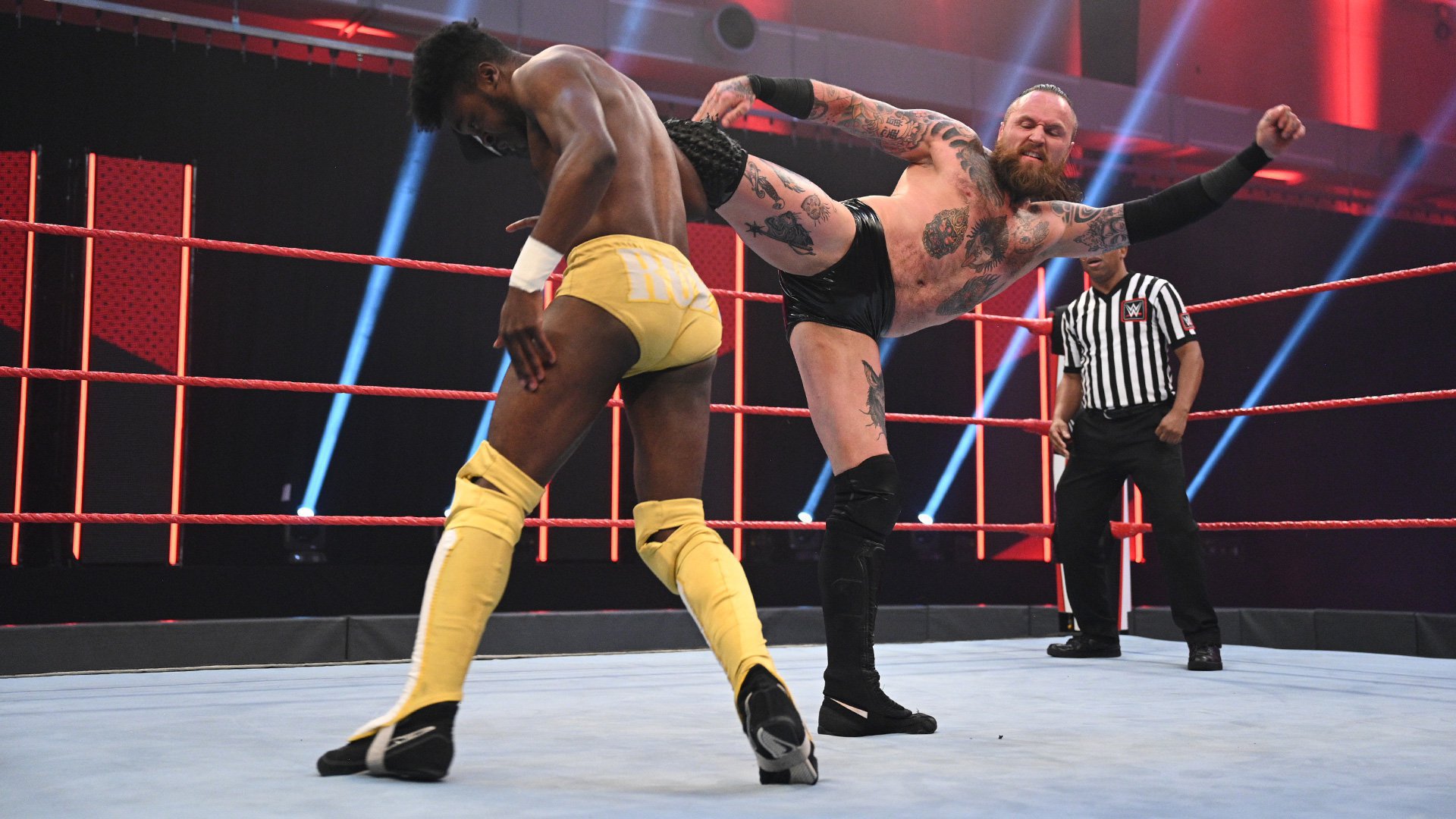 Aleister Black’s next fight is on the horizon, and he won’t be going in cold. Coming off the announcement that The Ominous Man From Amsterdam will be facing Bobby Lashley at WrestleMania, Black got himself in fighting shape by dispatching a prospect named Leon Ruff with swift and ruthless efficiency. Lashley will likely pose a greater challenge, which isn’t to say Black will be taking it any easier on him. 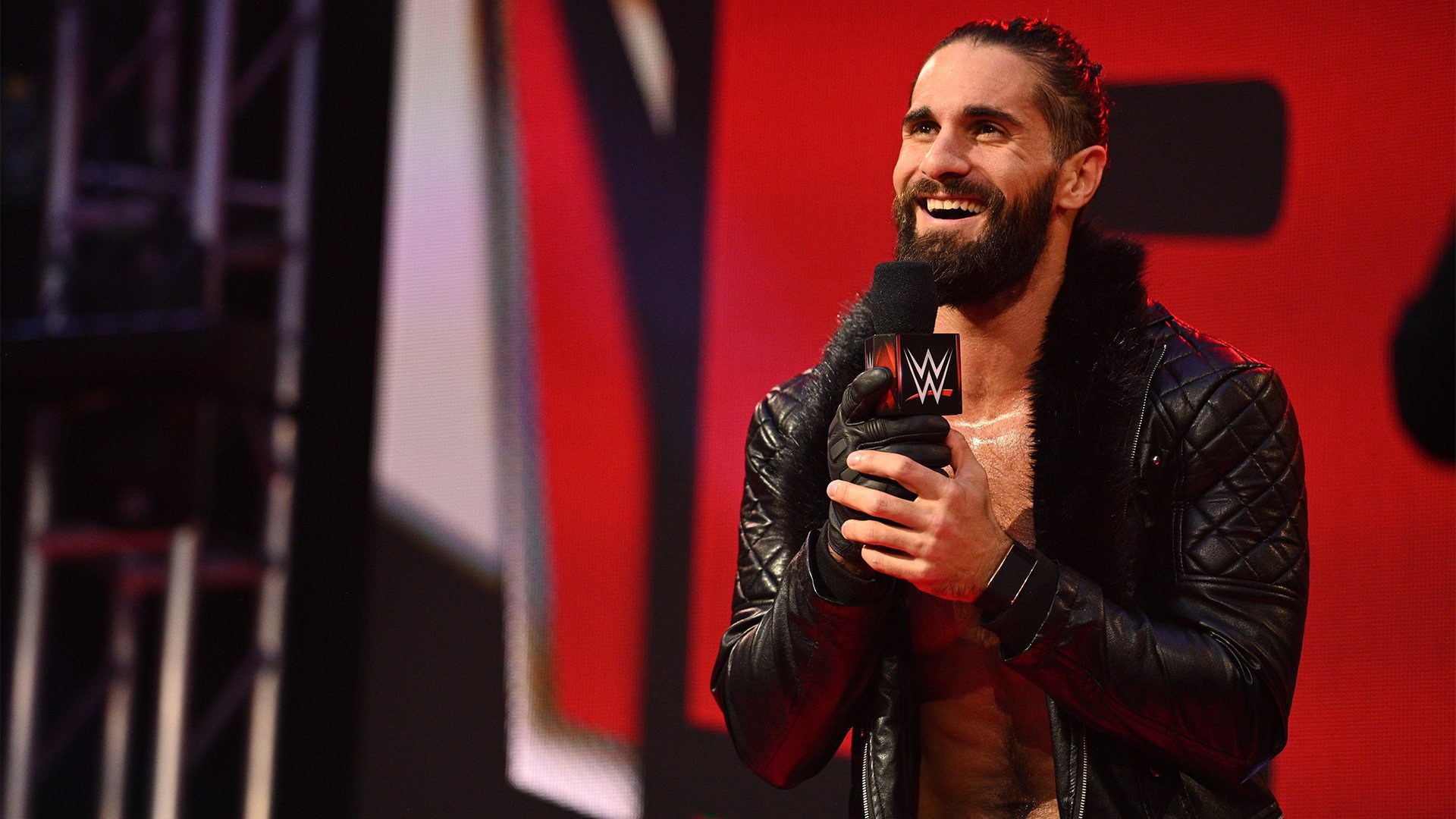 Seth Rollins was nowhere to be seen last week when Kevin Owens issued a WrestleMania challenge in the building where his WWE path began. The Monday Night Messiah more than made up for that this week in a sermon that did the impossible and left the always-brazen Owens at an apparent loss for words.

Using the silence to his advantage and turning the PC into his church, Rollins preached his gospel and recast the Performance Center as his home field, one literally built off of Rollins’ blood, sweat and hardships in the FCW Arena. As for WrestleMania, Rollins touted his almost-spotless record at The Show of Shows and ruthlessly contrasted it with Owens’ spotty history at the event, including a complete absence from last year’s card. 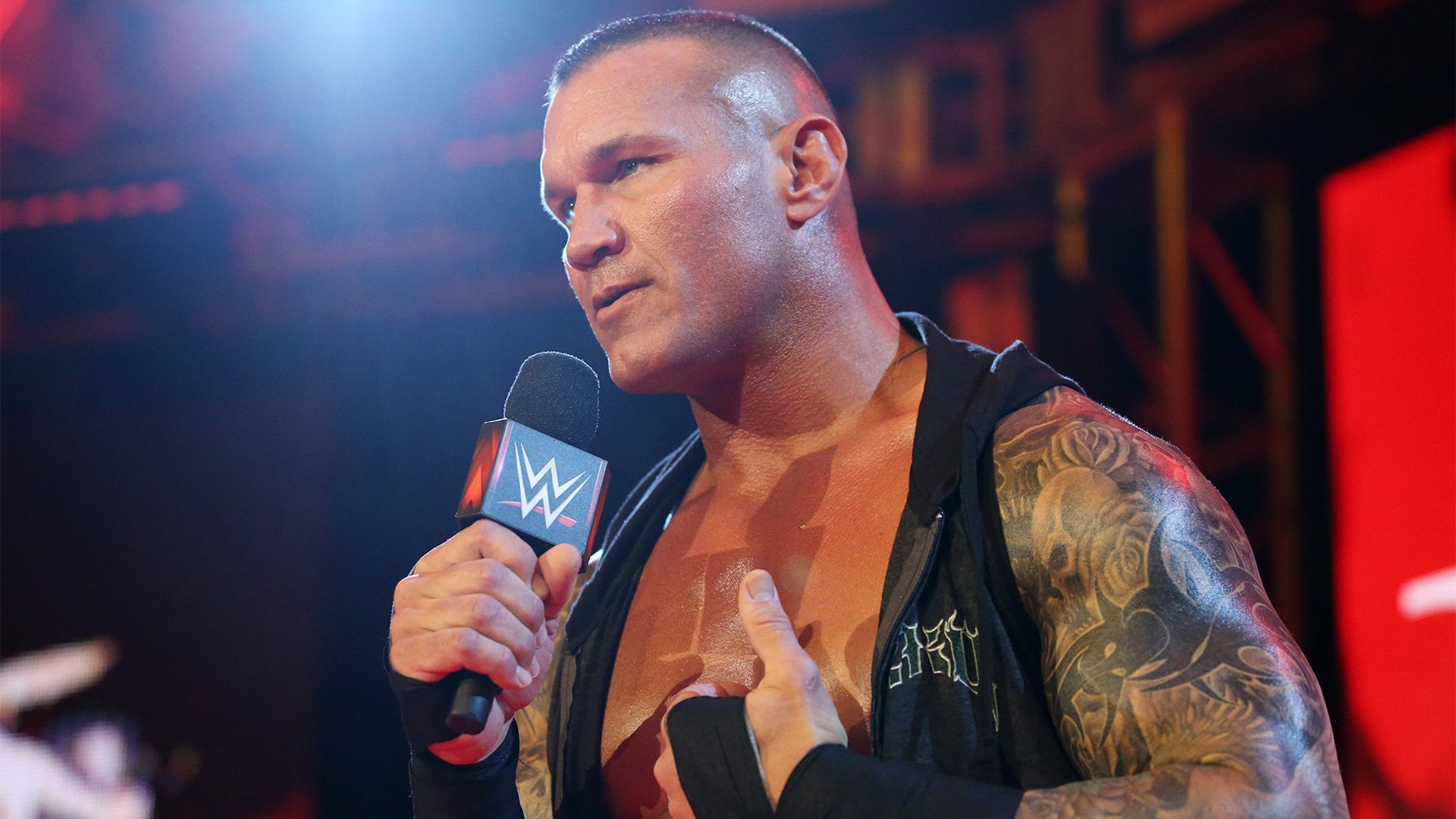 The short version is, “yes.” But before Randy Orton accepted Edge’s WrestleMania challenge of a Last Man Standing Match, The Apex Predator took the opportunity to set the record straight on his tumultuous, twisted past few weeks — and defend his own reputation.

Despite amending his earlier statement that Edge is a junkie for the crowd (“Adam Copeland is a junkie for Edge,” went the new refrain), Orton once again claimed that he has always loved Edge and his family. According to The Viper, that love will always be the reason he tried to put The Ultimate Opportunist back on the shelf, regardless of what Edge thinks. But as for Edge’s accusation that Orton is a gritless, entitled brat, Orton took exception. Yes, he was handed an opportunity (something he pointed out a so-called ultimate opportunist would never turn down), but doesn’t it take grit to convert on that chance? Isn’t longevity in an unforgiving industry its own form of grit?

Orton has been happy to let Edge write his own story, but with his final two words — “I accept” — he promised to be the one who ends it. And with the central question of this match now which man has more grit, it’s becoming clearer and clearer that these two might not be friends or rivals so much as two sides of the same coin. 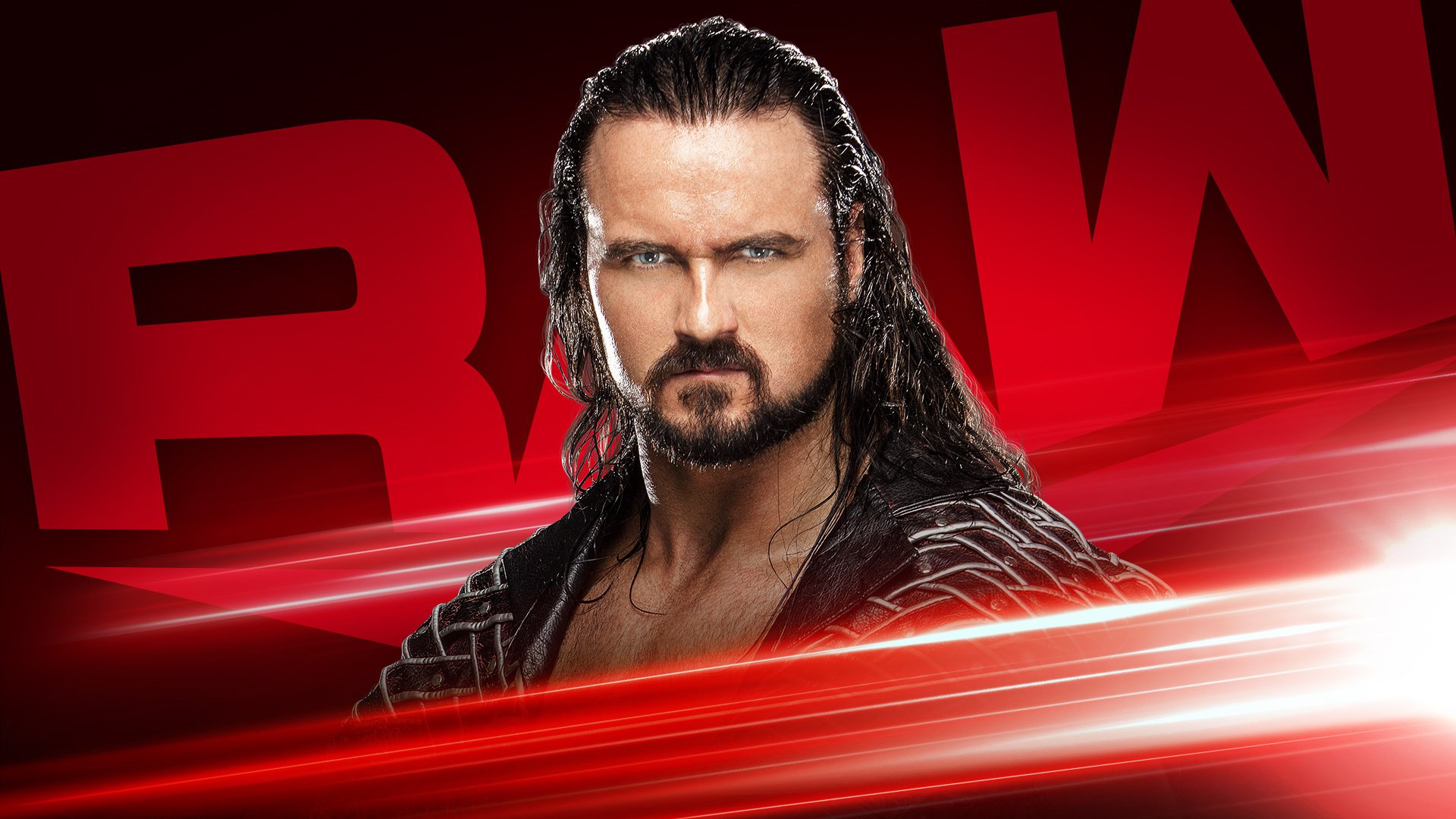 Can Drew McIntyre defeat Brock Lesnar? Remarkably, the answer is starting to look like “yes.” The Beast’s WrestleMania challenger dropped the WWE Champion with a trifecta of brutal Claymores three weeks ago and easily dispatched yet another big man in Erick Rowan just seven days after that. With WrestleMania just around the corner, McIntyre is set to appear tonight on Raw. Can the Scottish Superstar keep his strong winds going just weeks before the finish line? Or will he be served a rude awakening to remind him of whose city he’s entering?