After being laid out weeks ago, the determined Jordan Devlin will be out for retribution on Dave Mastiff. But will The Irish Ace be lucky enough to survive “The Bomber”? Don’t miss that and so much more this Thursday on NXT UK, streaming at a special start time of 11 a.m. ET/3 p.m. GMT.

Several weeks ago, Rhea Ripley shocked the WWE Universe when she came to the aid of her adversary Piper Niven against Jazzy Gabert and a meddling Jinny. As a result, they formed an unlikely alliance to battle their common enemies.

Although Jinny and Gabert used nefarious tag team precision and put forth a determined effort, they proved no match for the awesome combination of Ripley & Niven.

Highlights of the explosive contest included Piper dropping in with the Senton on both opponents at the same time as well as The Mosh Pit Kid executing a jaw-dropping summersault over the top rope before crashing down on each of her foes on the ringside floor.

The onslaught culminated with a Michinoku Driver by Niven for the three-count and a newfound mutual respect between the unlikely allies.

Despite giving up around 100 pounds to his opponent, the debuting A-Kid countered the onslaught of the always dangerous Kassius Ohno while working in some effective offense of his own.

Then, in the final moments, A-Kid delivered a last-second maneuver to his foe when the action spilled outside the ring. A-Kid jumped back into the squared circle just in time to score a win by count-out over the self-proclaimed Wrestling Genius!

Enraged and humiliated by the result, Ohno executed a vicious post-match sneak attack on the dynamic newcomer and locked in the Kassius Clutch. The savage attack brought Tyler Bate to the ring to neutralize Ohno and send him heading for the hills.

The unpredictable Joseph Connors always keeps you guessing, but when it comes to the question of whether he is for real, you can answer in the affirmative with absolute certainty.

The determined Superstar picked up his third victory, using his vicious nature to defeat NXT UK’s “shiny new toy” Roy Johnson in his debut match with Don’t Look Down.

NXT UK Women’s Champion Kay Lee Ray came before the WWE Universe to relish the fact that Toni Storm has disappeared before turning her attention to Xia Brookside. Lifting the title over her head, she made it clear to Brookside and everyone else that she stands as the best in the business.

After Dave Mastiff laid out the outspoken Jordan Devlin weeks ago, The Irish Ace was looking for retribution on “The Bomber,” setting the stage for a main event that proved second to none.

From start to finish, the contest was nothing short of brutal, demonstrated not only by the tenacity of both competitors in the ring, but also by the injuries they suffered. Mastiff battled through arm and knee injuries while Devlin fought through an injured lower back. Nevertheless, both warriors pressed on and raised the level of competition with each passing moment.

In the height of the action, Delvin hit a moonsault off the top rope and nearly picked up the pinfall. But when he went for a follow-up moonsault, “The Bomber” lifted his knees and quickly followed up for the earth-shattering Into the Void! That might have been the end of the match had Devlin not rolled out of the ring. Then, when Mastiff pulled his opponent up on the top rope in an attempt to finish him off, The Irish Ace escaped and hit a fierce kick, paving the way for the Devlin Side for an earth-shattering victory.

“The Bomber” will go one on one with The Irish Ace 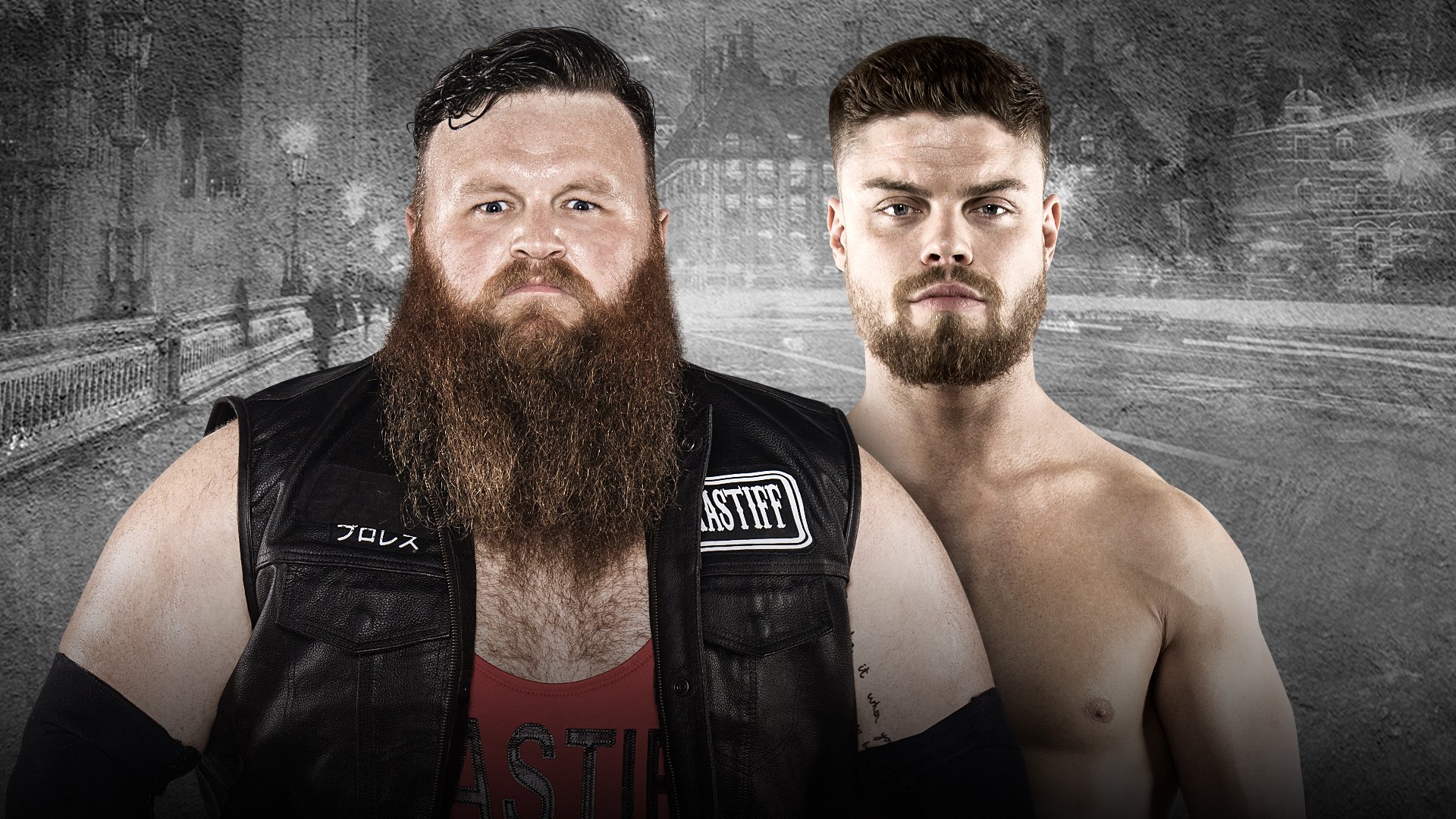 After being laid out weeks ago, the determined Jordan Devlin will be out for retribution on the immense Dave Mastiff. Will The Irish Ace be lucky enough to survive “The Bomber”?

And after Rhea Ripley shocked the WWE Universe by coming to the aid of her adversary Piper Niven against Jazzy Gabert and a meddling Jinny several weeks ago, the unlikely alliance has elected to join forces to battle their common enemies. Plus, A-Kid debuts against Kassius Ohno and much more.