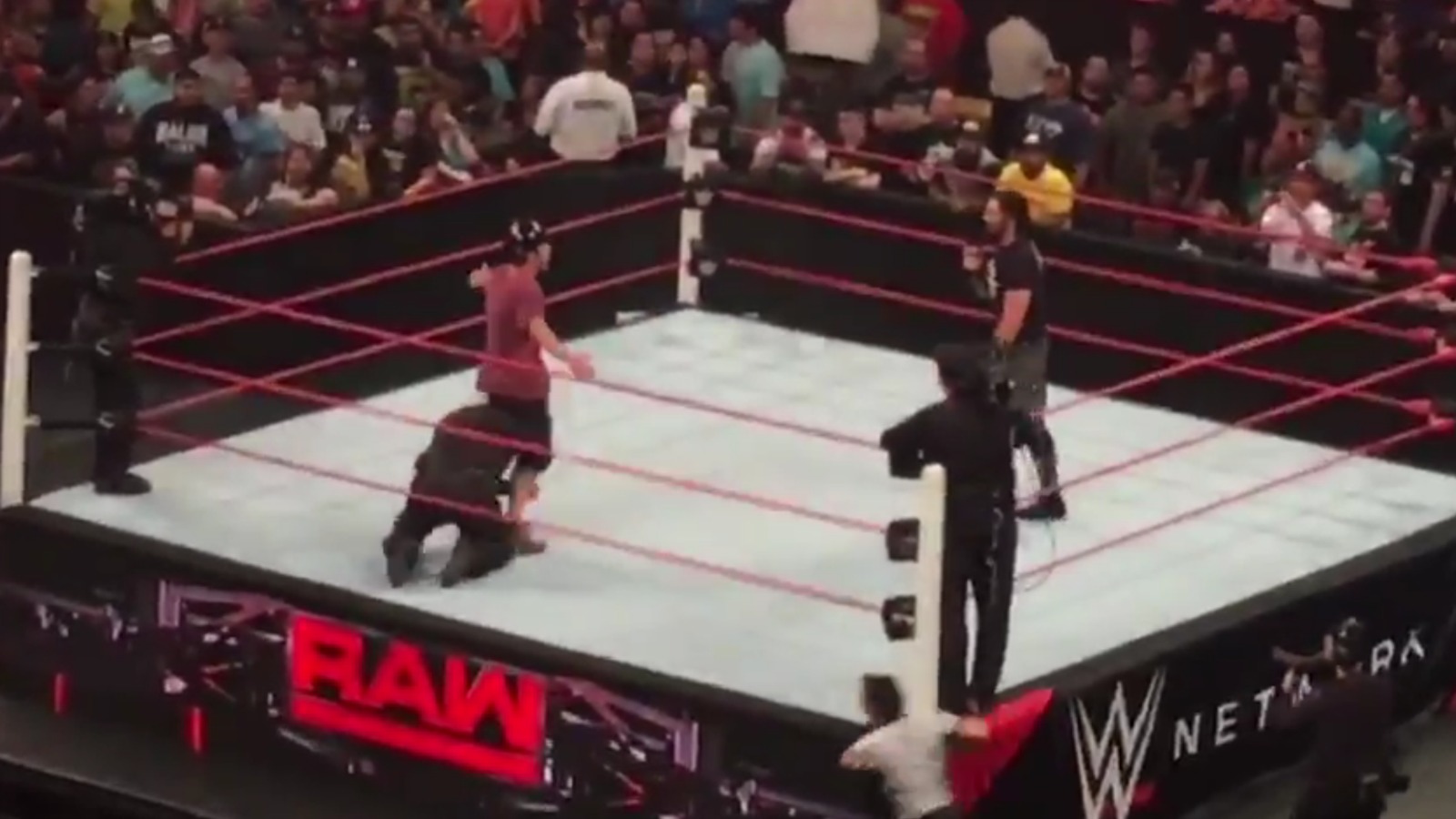 Former WWE Champion Seth Rollins came to the ring Monday night to call out the "Demon King" Finn Balor, but before Balor made his first main-roster entrance wearing his signature paint, a fan jumped the barricade and ran into the ring while Rollins was talking.

The fan got right in Rollins’ face, and Rollins responded by shoving him backward. Security quickly jumped in and apprehended the fan. The invasion could barely be seen on the broadcast feed, Rollins’ promo continued after a short pause (Michael Cole noted that Rollins was "in a trance").

This type of thing happens far too often in the WWE. In 2015 a group of fans in London stormed a match featuring John Cena, and in a separate incident in Canada a fan hit Roman Reigns with a briefcase. The fan was later arrested.

Balor’s entrance, by the way, was fantastic.

The #DemonKing @FinnBalor was finally summoned by @WWERollins on #RAW just six days before clashing at @SummerSlam! https://t.co/de47pZSaaY