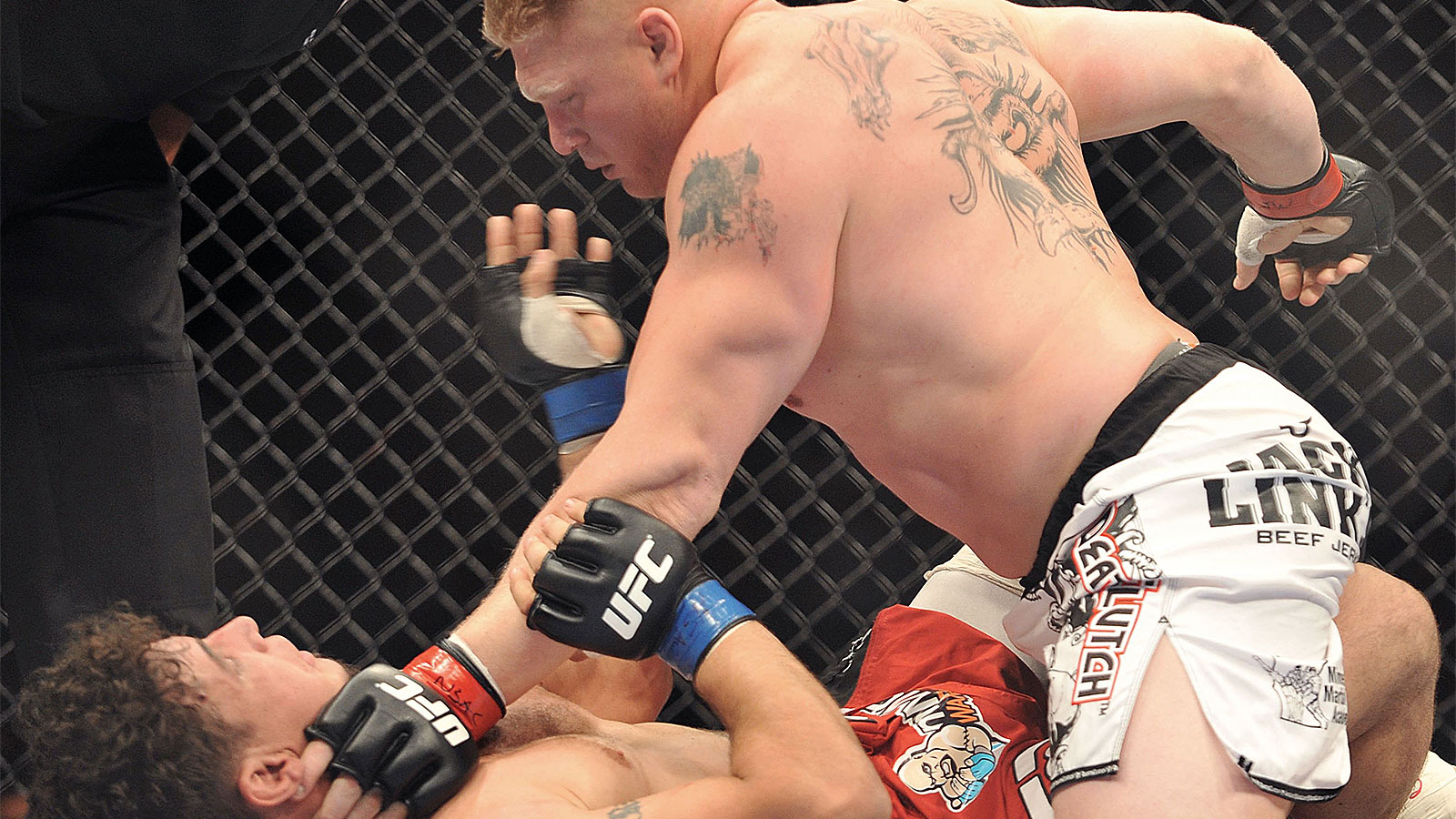 Former heavyweight champion Brock Lesnar is no stranger to bold predictions ahead of his fights, and it looks like a five-year absence from the sport hasn’t taken away his edge as he prepares to face Mark Hunt at UFC 200.

Lesnar’s last two fights in the UFC ended in disaster as he was TKO’d by both Cain Velasquez and Alistair Overeem, but those bouts also came on the heels of a more than two-year battle against a crippling case of diverticulitis that nearly forced the WWE star to retire.

Now he’s healthy and feels better than ever, and Lesnar hopes to prove that against Hunt when they meet on July 9 in Las Vegas.

Of course, Hunt is a tall order to tackle after five years away from fighting, but Lesnar knows he has an easy path to victory — and if the 42-year-old former title challenger can’t stop him, the fight will end in rapid fashion.

"I’m a grappler at heart, he’s a heavy hitter and that’s what the people want to see," Lesnar told ESPN recently. "The UFC ultimately culminated because we’re going to put guys with opposing disciplines against each other. I think I match up very well. Obviously, I need to work on my stand up game but I’m excited and enthusiastic of doing so. That’s the difference.

If Mark Hunt ends up on the ground, the fight’s over.

"He’s a heavy hitting, hard headed human being and hopefully my athleticism and my Octagon awareness and all those things and my wrestling background can play a key factor in me winning this fight."

As confident as Lesnar sounds, he also knows that coming back after a five-year hiatus while competing in the WWE is no easy task.

Ring rust has hampered fighters with far more experience than Lesnar, but the 38-year-old former NCAA wrestling champion is confident that he’ll be ready come July 9.

"I don’t really have any concerns," Lesnar boasted. "Hopefully we get the rust out in training camp and I think we are. We will. If not, the first punch from Mark will knock the rest of the rust off in the first 10 seconds and then look out."

Of course, one punch is often all Hunt needs to put his opponents to sleep, but Lesnar remains confident that he’ll be more than ready when UFC 200 rolls around in just a few weeks.

Lesnar doesn’t believe his time away will hamper his ability to beat Hunt on July 9, just like age didn’t stop Dan Henderson from slamming home a massive knockout in his last fight against Hector Lombard at UFC 199.

Lesnar knows Hunt is a tough customer, but he’s in trouble once the current WWE superstar shoots a blast double leg, plants him on the mat and starts raining down his patented ground-and-pound attack.

"Age is not a factor I don’t believe. I really don’t. You’ve got a guy like Dan Henderson, just Saturday night, he’s 46 years old and fighting like he’s a young man. I feel great. I’m excited for this fight," Lesnar said.