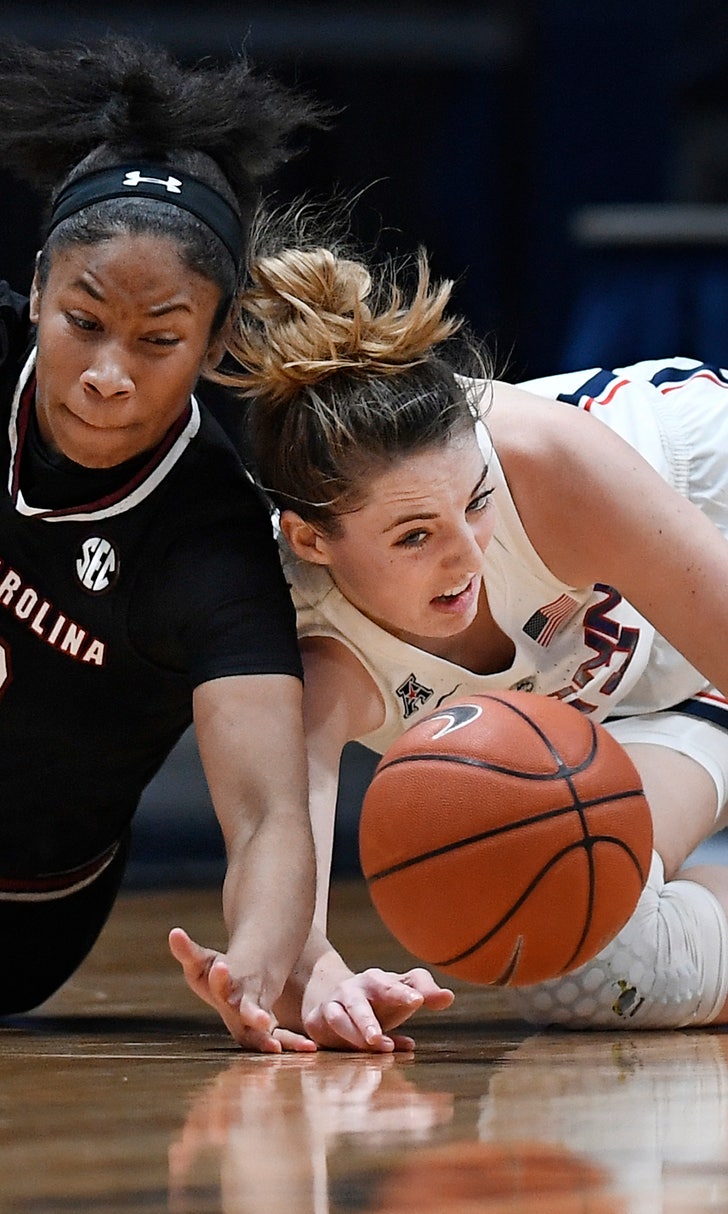 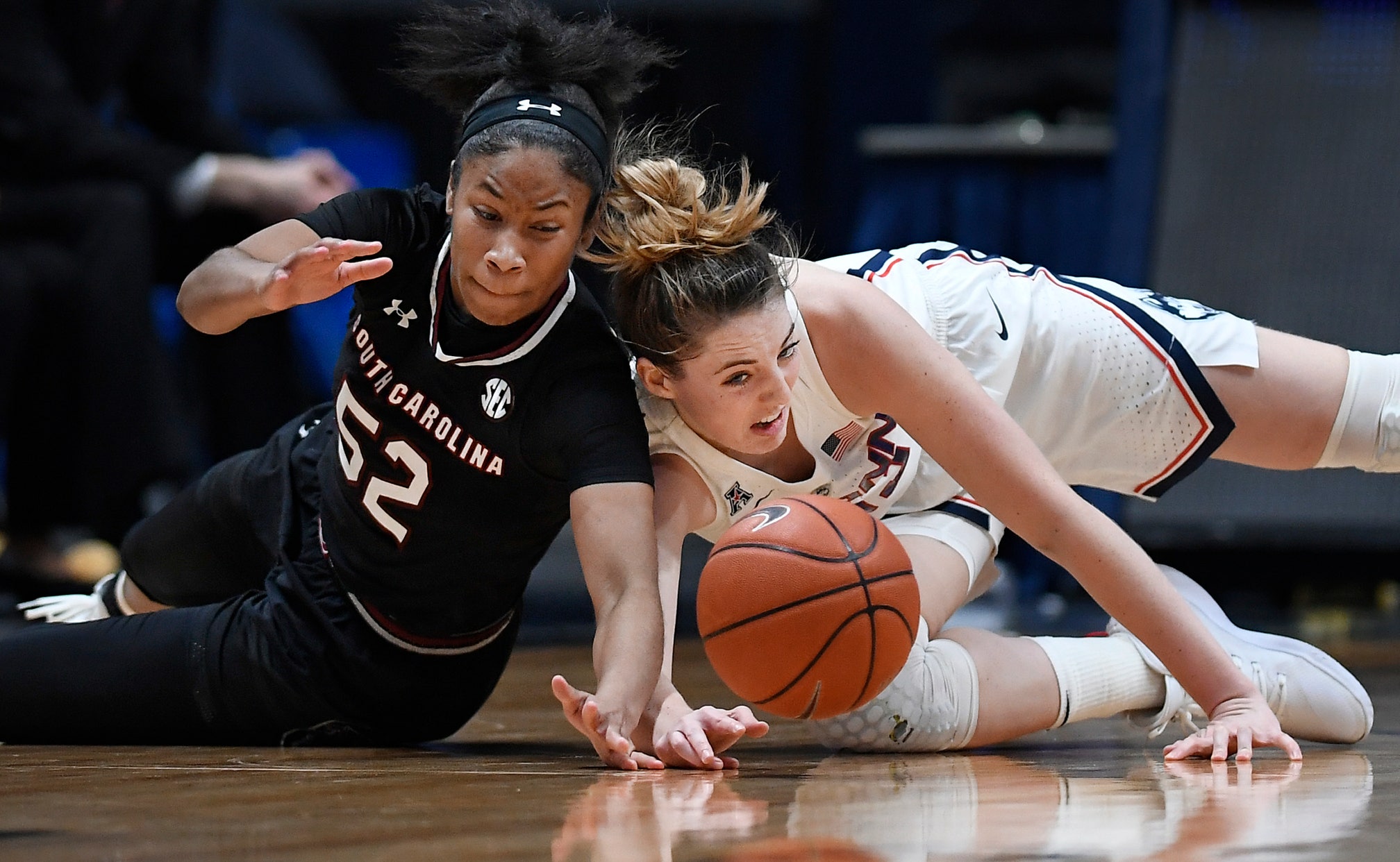 No. 4 UConn has big 3rd quarter, beats No. 11 South Carolina

Katie Lou Samuelson added 29 points for the Huskies (22-2), who blew open a close game with a huge third quarter in which they outscored the Gamecocks 29-12. Samuelson scored 14 points in the game-changing quarter. Collier added eight as the two seniors continued to carry UConn.

Collier has now scored 20 or more points in eight straight games and has three double-doubles in her past four contests.

The victory was the 89th straight at home for the Huskies. That's the second-longest winning streak in NCAA history, trailing only UConn's school-record 99-game run.

Howard, averaging 16.5 points and 6.8 rebounds, scored 20-plus for the eighth time this season while becoming just the fourth UK player to reach 400 points in her freshman season.

The Wildcats (20-5, 7-4 Southeastern Conference) have won seven straight games against the Crimson Tide, including five straight in Tuscaloosa.

EAST LANSING, Mich. (AP) — Shay Colley scored a career-high 32 points on 12-of-18 shooting to help Michigan State avenge a loss to the Hoosiers earlier this season.