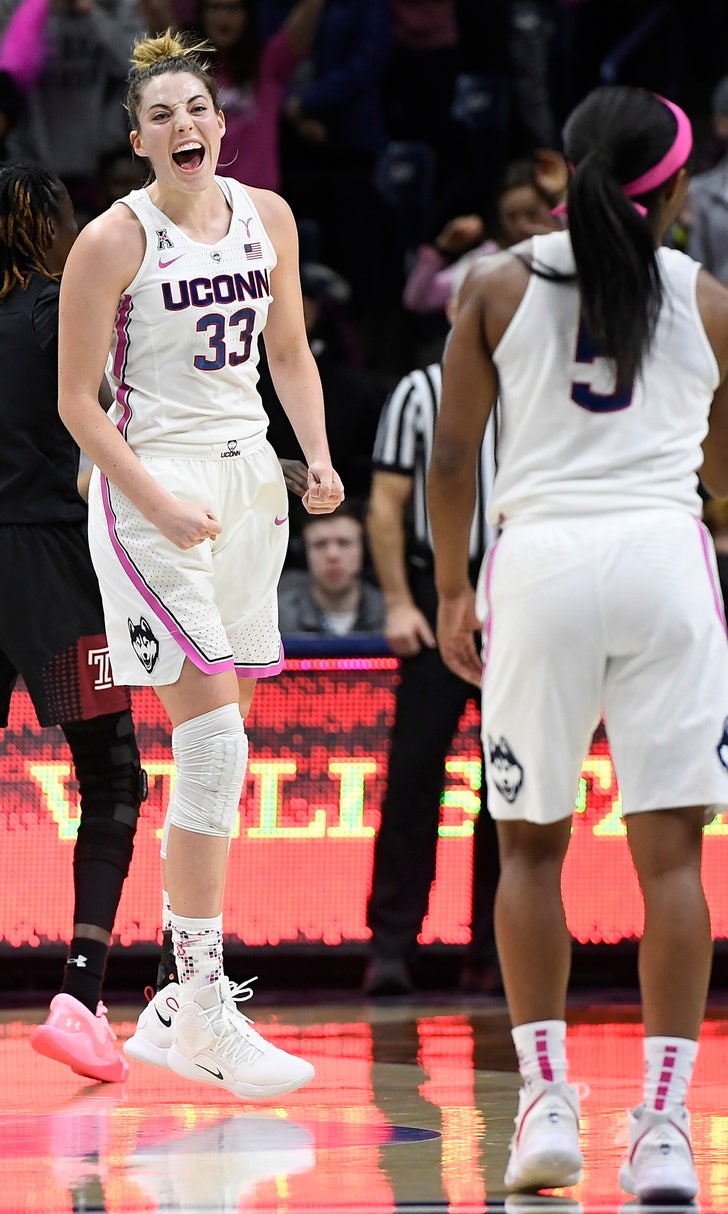 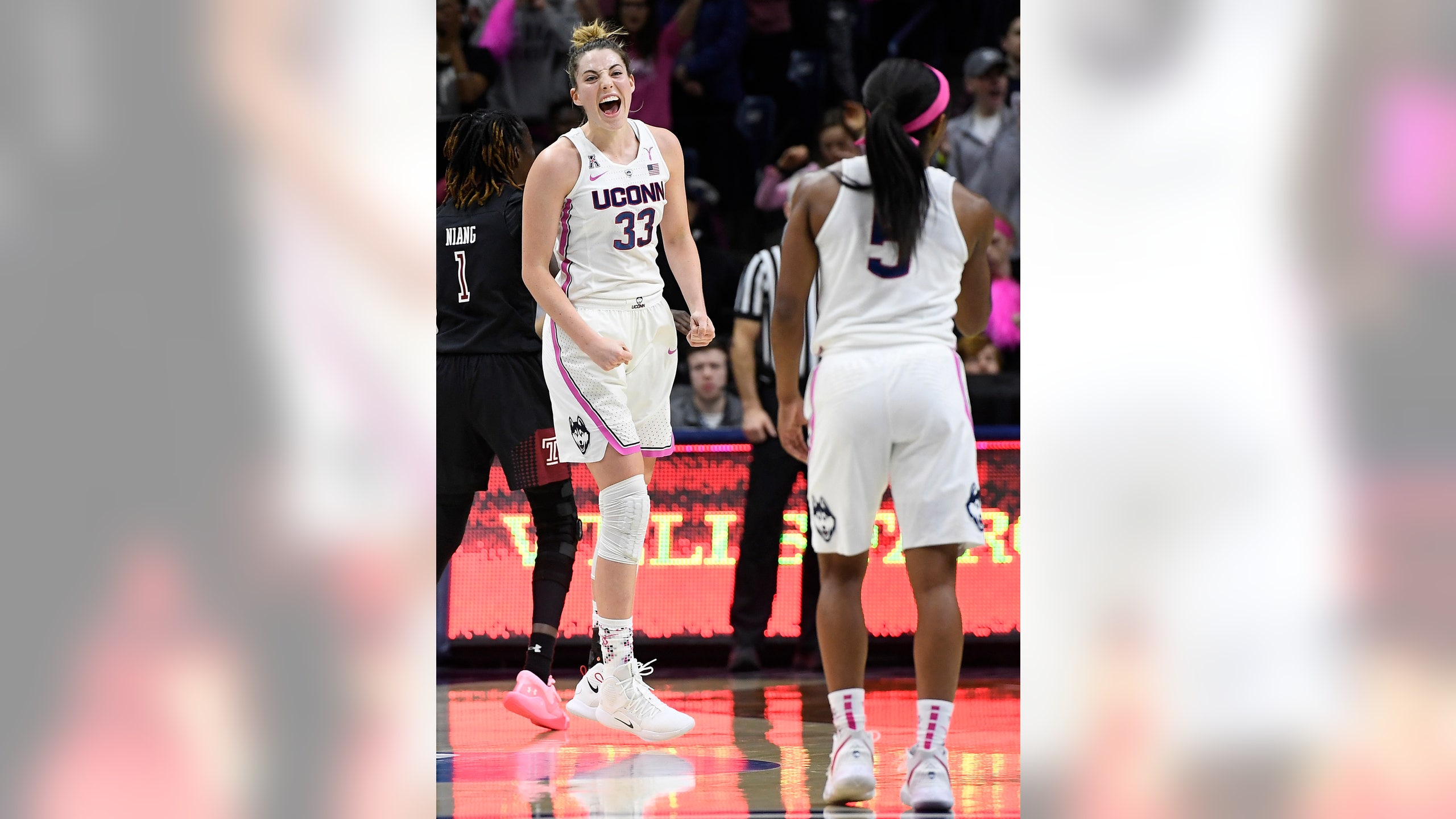 STORRS, Conn. (AP) — UConn's Napheesa Collier is playing herself into the conversation for national player of the year.

The Huskies senior star tied a season-high with 30 points and grabbed 14 rebounds, leading the Huskies to a 109-74 rout of Temple.

Collier, who also had 30 points in a win over the Owls last month, recorded her 12th double-double of the season and 36th of her career. It was her seventh straight game with 20 or more points.

"I don't know that there's a better player anywhere that does as much every night," said UConn coach Geno Auriemma. "I'm sure people already have made up their mind who the best player in the country is or who the national player of the year is, whatever, any of that. I just don't know that there is anyone that on every single night does all the things that Pheesa does."

Crystal Dangerfield added 22 points and nine assists for UConn (21-2, 10-0 American), which tuned up for Monday's meeting with No. 12 South Carolina by shooting 63 percent and breaking the 100-point barrier for a second straight game.

Katie Lou Samuelson added 19 points for the Huskies, who had 31 assists on 39 baskets.

The Huskies were 15 of 24 from behind the arc, led by Dangerfield who hit five 3-pointers.

"I think that just opens up the floor," she said. "Teams are more worried about whether you're going to get a shot up and that allows me to do what I want to do and that's get my teammates the ball."

Mia Davis had 20 points and nine rebounds for Temple (8-15, 4-6 American), which lost for the first time in five games. Lena Niang added 15 points and Alliya Butts had 13 points and eight assists.

The Owls scored the game's first five points. UConn took a 10-9 lead 3 ½ minutes into the game on a free throw by Megan Walker and never trailed again. A 3-pointer from Samuelson just before the halftime buzzer sent the Huskies into intermission up 58-40.

Temple didn't play poorly, especially on the offensive end, where they were 14 of 34 from 3-point range, including 8 of 14 in the first half.

But UConn dominated underneath, outscoring Temple 38-14 in the paint and 23-10 on the fast break.

"It's hard because of the way that they feed off of quick shots, and for us the way that we can score against them is by making threes," said Temple coach Tonya Cardoza. "It's going to be hard for us to score in the paint. So, you can't really tell them not to take the open shot because you might not get another open shot. It was a tough situation because every quick shot we took led to easy transition."

That transition led to a lot of open looks for Collier, who hit 12 of her 16 shots, dished out six assists and blocked three shots.

"Especially in the post, I feel that if I get the ball there's not a lot of people who can stop me," Collier said. "And what I take most pride in is my teammates think that. So, they know that I'll come through for them if they put me in a certain position."

Temple: The Owls have lost 13 straight games to UConn after winning the first two meetings between the two schools back in 1981 and 1982.

UConn: The Huskies extended their conference winning streak to 111 games, including 96 in the regular season. They have not lost a regular-season or AAC tournament game since the league was formed in 2013.

Both teams had five players in double figures. Walker had 12 points for UConn and freshman Olivia Nelson-Ododa finished with 10. Marissa Mackins and Emani Mayo each had 11 for Temple.

Samuelson now has 2,147 points, moving her past Rebecca Lobo and Kara Wolters and into eighth place, just nine points behind Diana Taurasi.

Temple: The Owls have more than a week off before their next game, which is at home against Cincinnati on Feb. 17.

UConn: The Huskies play their last nonconference game of the season on Monday, when they host the Gamecocks in Hartford.