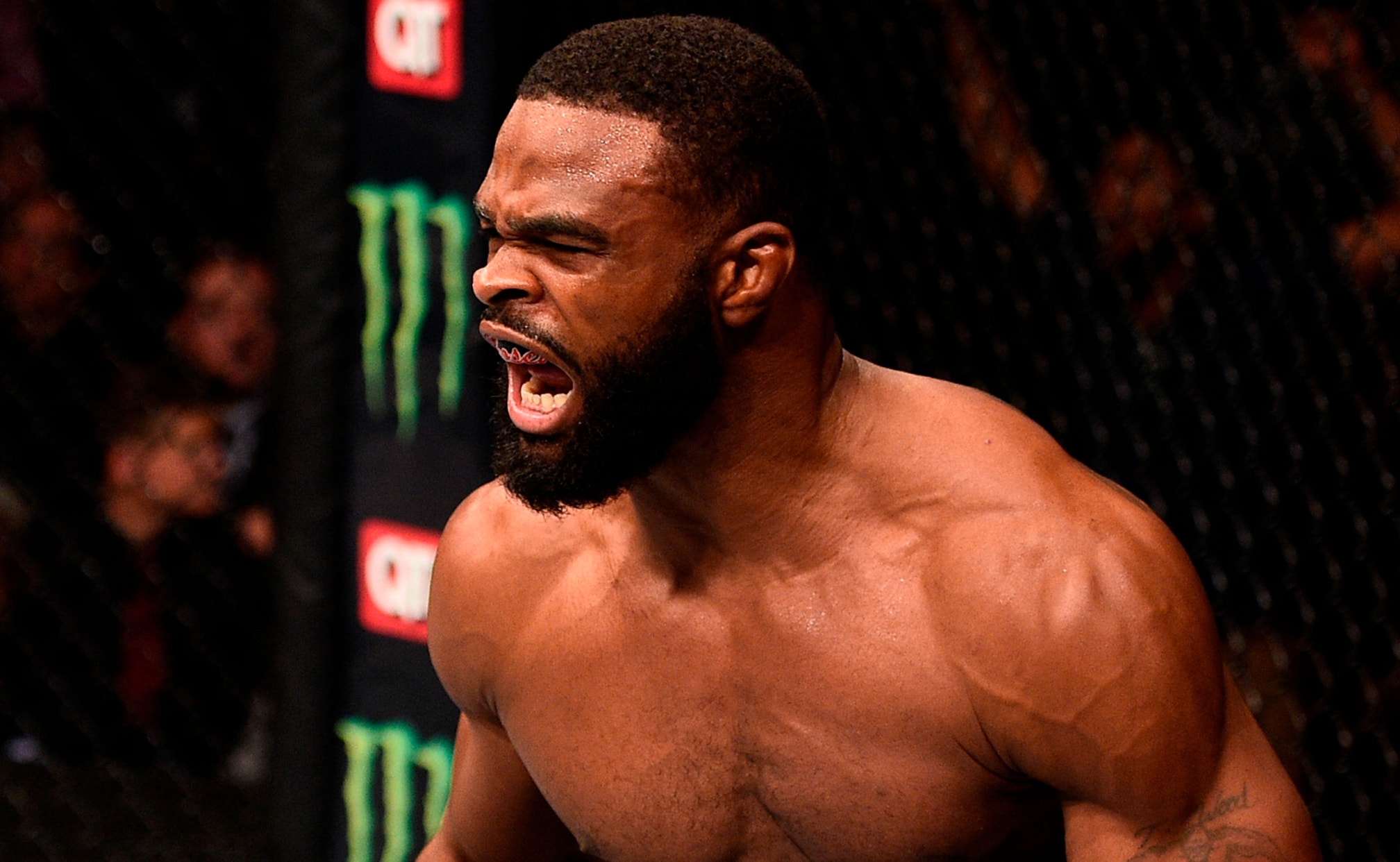 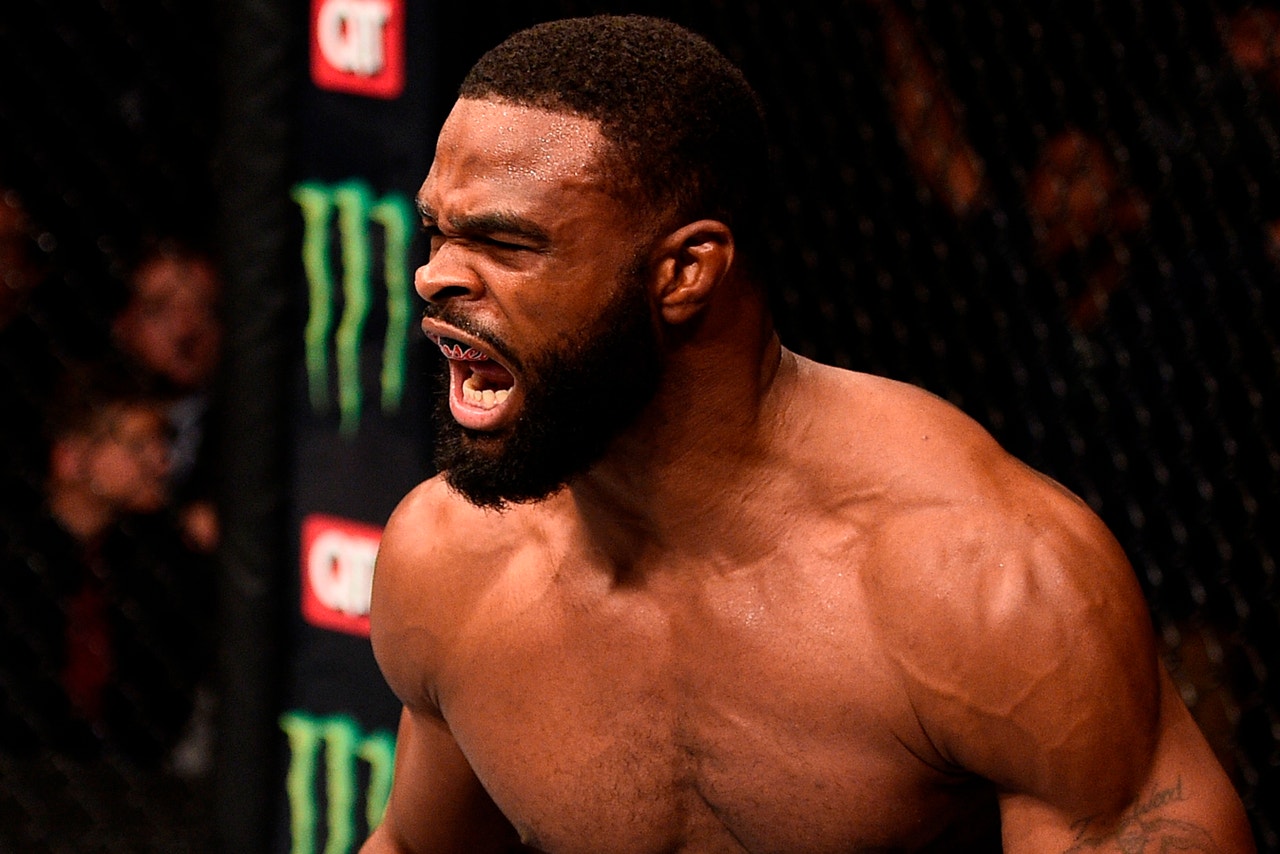 NEW YORK — Tyron Woodley and Stephen "Wonderboy" Thompson went back and forth for 25 minutes, but when it was all over the fight ended in a majority draw.

It was a grueling decision for both fighters after five hard rounds as Woodley and Thompson both gave everything to leave the welterweight title. Ultimately, Woodley still held onto his belt, but he leaves New York without a win.

As the fight got underway, Thompson showed a lot of confidence in the opening moments of the fight, but that was nearly shattered after his first kick was caught by Woodley, who then drilled him to the ground with a big takedown.

Once Woodley got the fight to the ground, Thompson offered up no attempt to get back up again as he was resigned to play defense and just survive until the horn sounded. Woodley on the other hand kept up the pressure and cracked Thompson with a huge shot just before the round ended that opened a cut that started bleeding into his eyes.

Thompson composed himself between rounds and he was able take the center of the Octagon right away before stalking Woodley across the cage for the majority of the five minute session.

It was more of the same in the third, although Thompson's output slowed down but Woodley's was nearly non-existent for the most part as he kept moving away with his back against the cage.

Just when it appeared that Woodley was slowing down with a fading gas tank, the champion came roaring back in the fourth round after landing a monstrous right hand that staggered Thompson, sending him careening against the cage.

Woodley pounced on Thompson with a barrage of strikes, looking to get the finish but to the No. 1 ranked contender managed to survive to avoid the finish.  Once the knockout didn't happen, Woodley transitioned to a guillotine choke before falling to the mat and wrapping his legs around Thompson to tighten the hold.

It appeared that the choke was on tight, but somehow Thompson stayed patient before finally slipping out with just seconds remaining in the round. Thompson landed a few more shots on the ground as the round came to an end.

The final round saw Thompson back in control with superior cage control although Woodley never really absorbed any serious damage. Still, Woodley seemed to be backing up for more of the round as Thompson stayed on the attack.

After five hard fought rounds, it was an impossibly tough fight to score — and the judges agreed.

The scorecards came back with one in favor of 48-47 for Woodley and the other two tied up at 47-47, meaning the fight ended in a majority draw.

There was some confusion initially after Woodley was announced as a split decision winner, but officials clarified the scorecards to declare the fight a majority draw.

The draw means Woodley retains his title, but it all but signifies a rematch at some point down the road with "Wonderboy" who gave the champion everything he could handle over five rounds.