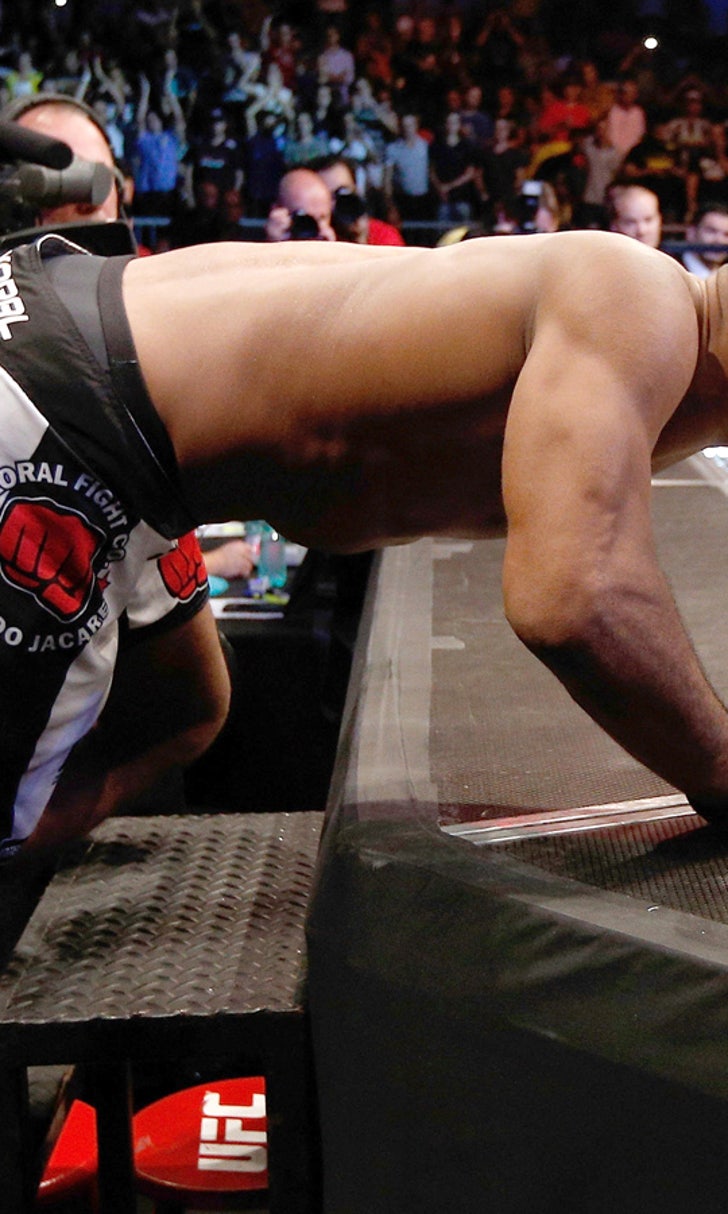 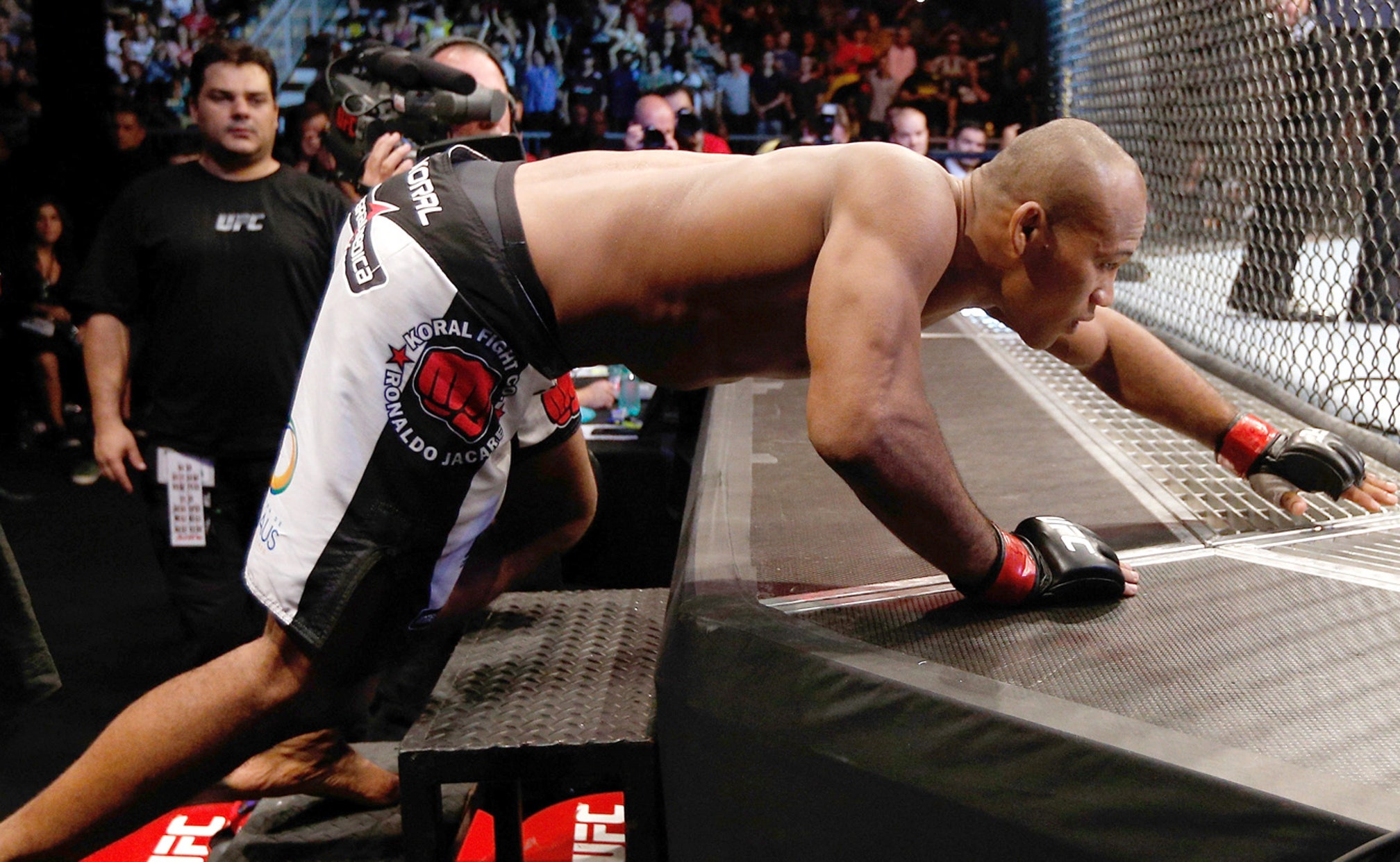 'Jacare' ready to fight, wants title shot or Belfort next 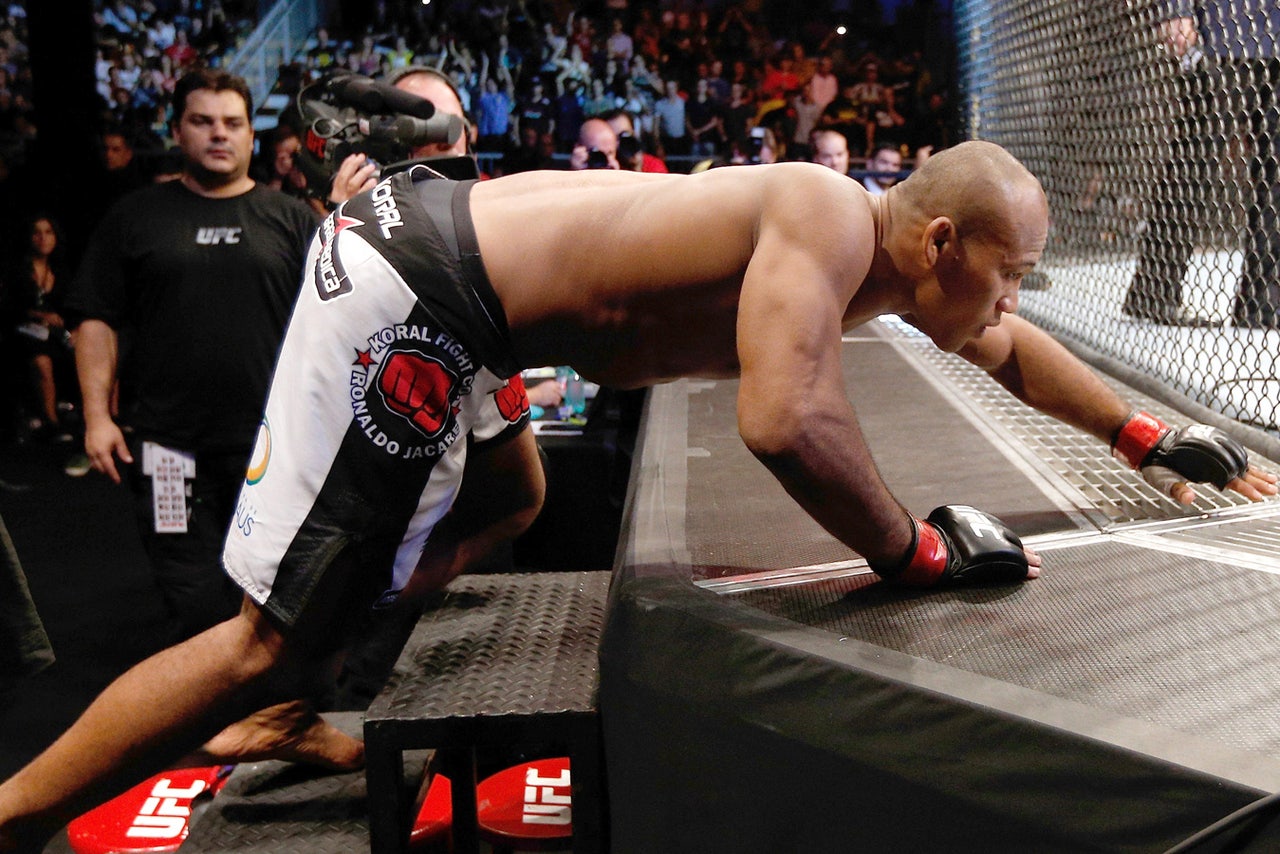 Ronaldo Souza is ready to go and he wants a huge fight next.

'Jacare,' who is recovering from elbow surgery, hopes to return to the Octagon by August, but is willing to come back even sooner if it means a title shot or matchup with top middleweight contender Vitor Belfort, UFC Tonight's Ariel Helwani reports.

"We are done fighting guys behind us in the rankings," Souza's manager Gilberto Faria told Helwani. "It's time to release the beast!"

Souza had surgery in March to remove bone chips from his left elbow. It was an injury that bothered him during a decision win over Francis Carmon at UFC Fight Night on Feb. 15. Faria said his recovery is going well and he's targeting a return in August, but 'Jacare' is willing to step into the middleweight title fight at UFC 175 on July 5 if Chris Weidman or Lyoto Machida get hurt.

Souza (20-3, 1 NC) will fight whoever the UFC wants him to fight next, Faria said, but his wish is to compete for the title or match up with Belfort, the man who was initially supposed to challenge Weidman in May. Belfort is still tying up loose ends with sanctioning bodies after TRT was banned in Nevada in February.

The 34-year-old 'Jacare' has won six in a row after dropping the Strikeforce middleweight title to Luke Rockhold in 2011. He is currently ranked No. 4 among 185-pound contenders after Anderson Silva, Machida and Belfort.

Khabib Submits Gaethje, Retires from UFC
Lightweight legend Khabib Nurmagomedov called it a career after a dominant win over Justin Gaethje at UFC 254.
27 mins ago