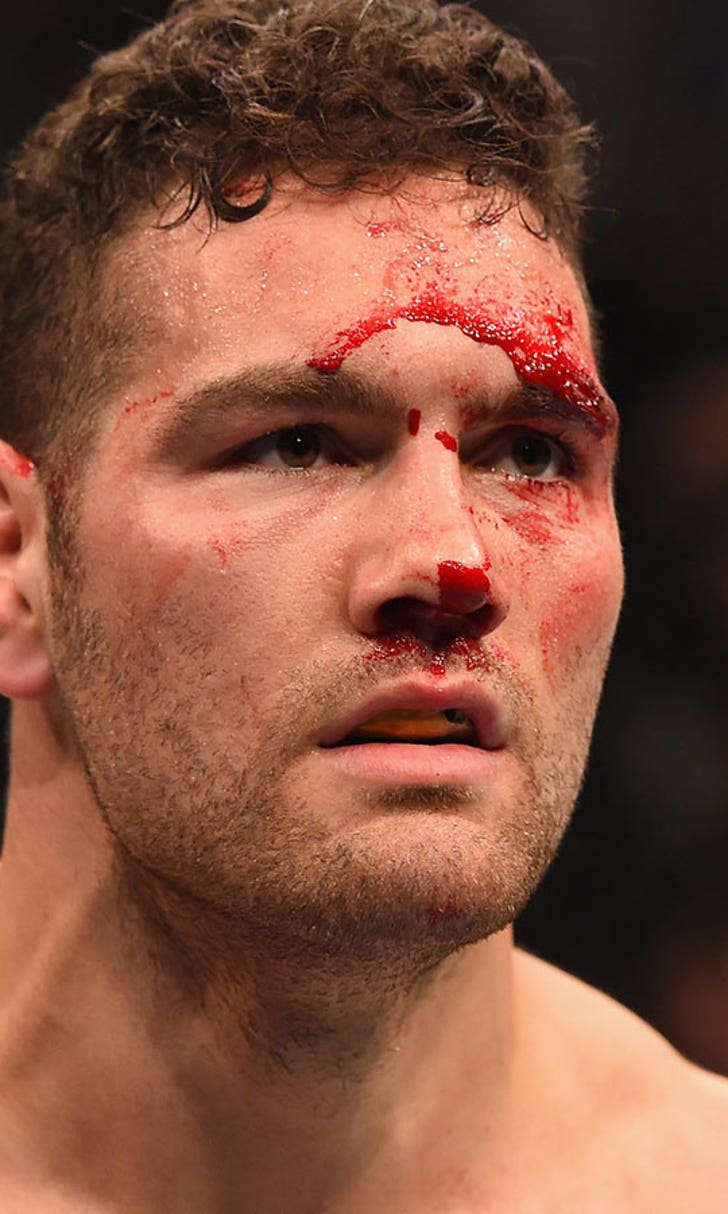 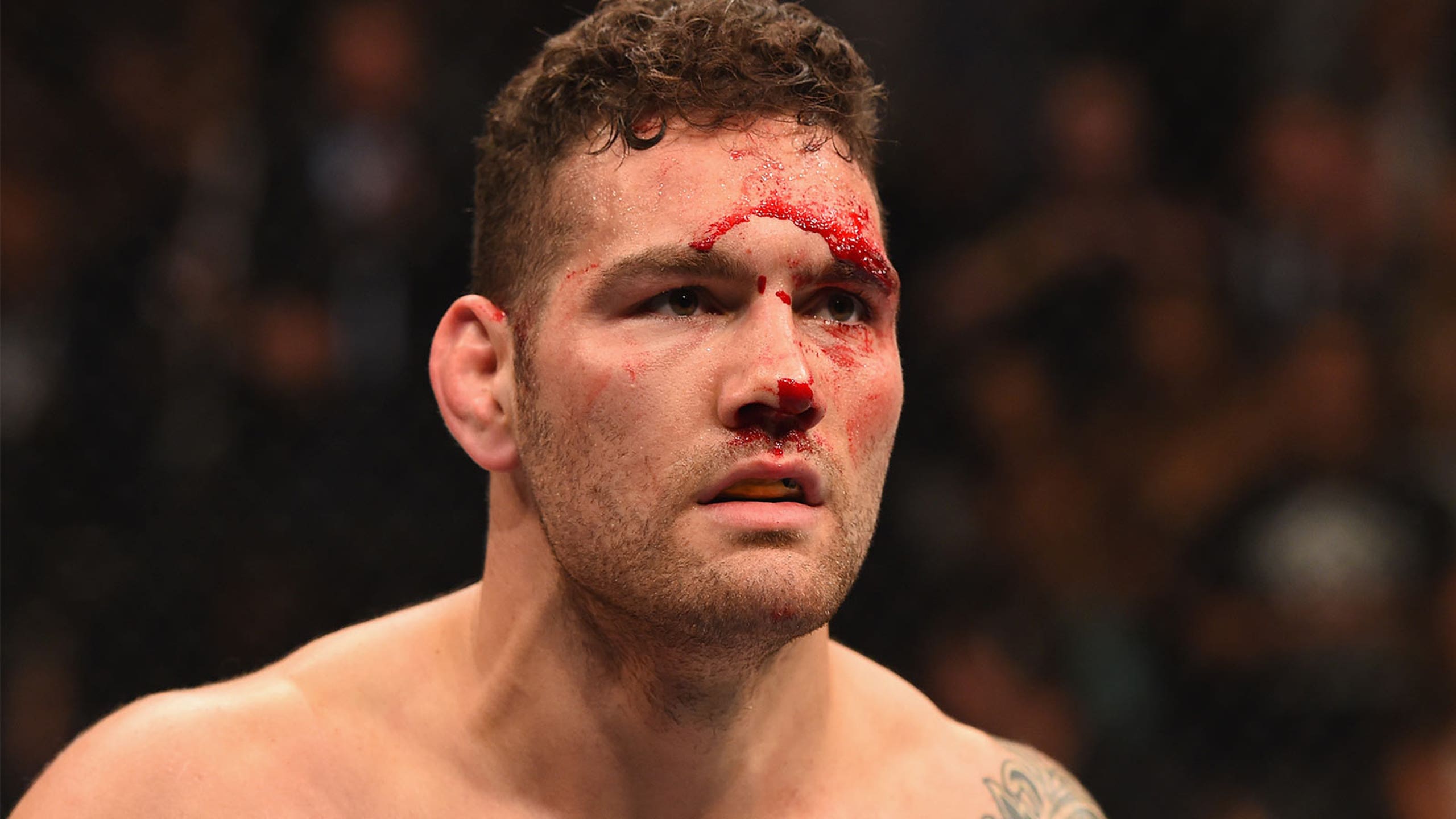 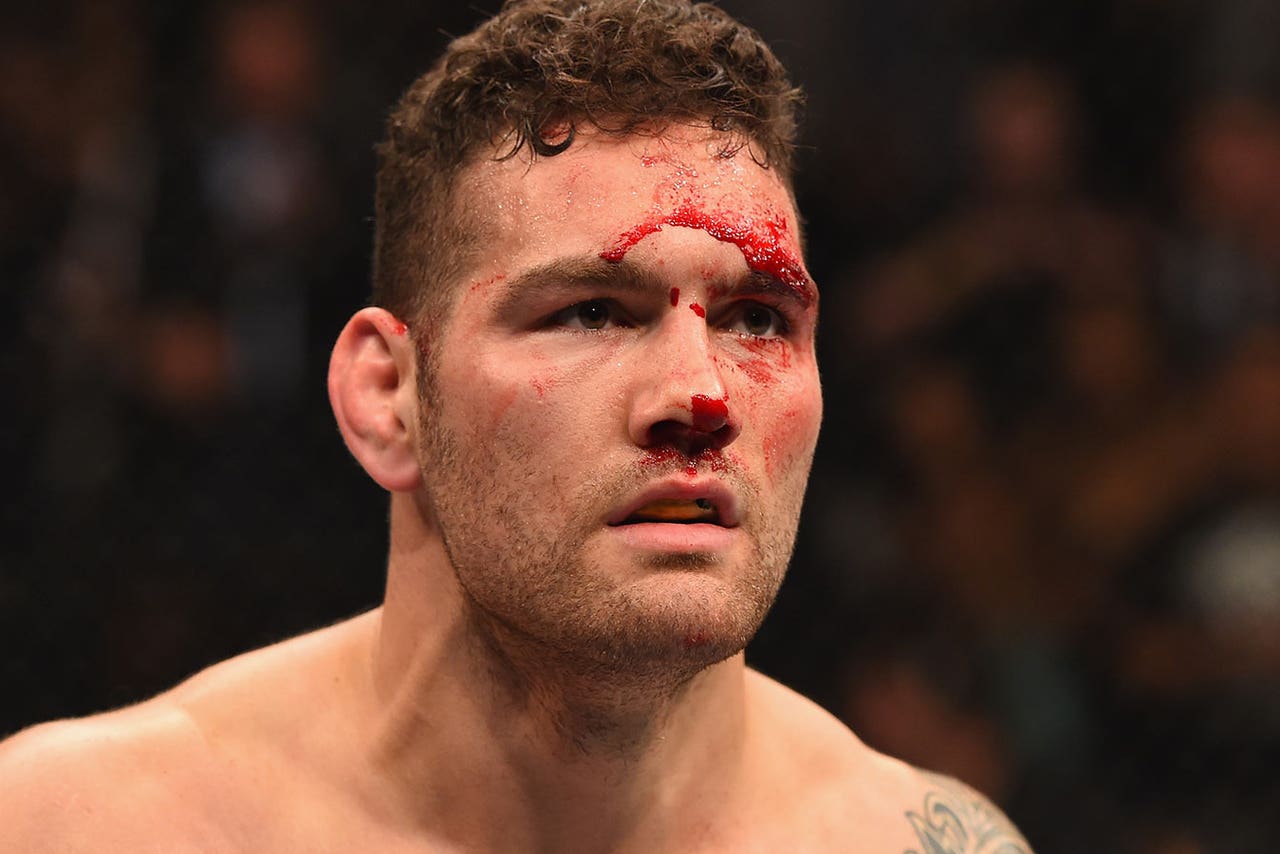 Former middleweight champion Chris Weidman pulled out of his scheduled June 4 title rematch at UFC 199 against new champion Luke Rockhold this week. As "The All-American" explains in a statement to his fans posted on his official Facebook page, pulling out of the fight was a last resort and his injury is quite serious and scary.

Weidman says that doctors discovered that he has an extrusion herniation of a disc in his neck, which affected nerves and even caused him to have some vertigo symptons. According to Weidman, he may need surgery to repair his spine injuries.

If he does, he could be out for months. His full statement is below.

"I just wanna let my fans know as many details as possible about what happened to me because I want them involved as much as possible. It's the least I can do to give back for all the love and support I have received now and over the years.

To all the people bad-mouthing me right now, I understand it and you're entitled to your opinion. Just wanna make sure you know this is a fight I refused to pull out of no matter what. I was never in better shape, more healthy, motivated, confident and excited for a fight in my life. I also felt I was the best fighter I have ever been and made some great improvements.

Since my high-school wrestling days, my neck, every once in a while, would get stiff. Every athlete who has been competing in any sport experiences this, but it usually goes away pretty quickly in a day or two. It never has been a real problem for me or slowed me down.

So, I recently sparred on a Thursday night and nothing drastic at all happened during sparring. After sparring, my neck was fine and our team actually discussed afterwards how good I was feeling as a fighter. The next morning, I happened to wake up with a stiff neck and with a little nerve pain in my neck and arm but figured it go away in a day or two. Like I said, I'm used to this pain. So I went on with my workouts on Friday and actually felt relatively good. It got a little more serious Friday night and Saturday morning.

So I got scared and ended up going to an urgent care where they sent me to get a MRI. I then found out I had a large extrusion herniation, which was stuck on a nerve that shuts down the tricep and and forearm area. So I figured I could get an epidural and I would be good and there was zero chance in my head I was pulling out.

The first spine specialist I went to in NYC was blown away by the size of it and told me he wasn't very optimistic about an injection for me and thought surgery was the way to go, but I just figured he's a surgeon and let him know about how big this fight is and that there is zero chance I'm backing out and getting a surgery. So he sent me to a specialist who does injections, and by looking at MRI images, agreed that the chances of epidural relieving that nerve pain would be minimal, but I was still optimistic and thought either way I'm fighting through this.

So a few days pass until I could get approved for the injection, so I just continued doing cardio and whatever I could to work around the neck until they could get me in for that epidural.

After finally getting the epidural, nothing changed. During this time I couldn't sleep or get through any regular-day activity with the pain I was experiencing. I actually felt my best when I was working out but I couldn't survive throughout the day and night without painkillers and other medication to try to block nerve pain. I had another epidural scheduled for this Thursday but the doctors said again that it most likely wouldn't make a difference.

This was obviously a fight bigger than any for me and I trained harder and smarter then ever but apparently GOD has other plans for me.

I am being told I'm going to need surgery. Either they take the disc out or they fuse it and I have to meet with surgeons today to figure out what they will do. The good thing is it is c6-7 which is low in the neck, so I will have full range of motion either way and will be back better then ever. I'm told it's six-to-eight week recovery for the disc coming out and twelve weeks for a fusion. Even though it's very hard for me to see a bright side right now, the one silver lining I'm focused on is the timetable would allow me to fight on that NY card in November.

I want to apologize to my family, friends, coaches,management, sponsors, fans, the UFC, and of course, Luke for letting you guys down. I promise I'll be back and I will get that belt back. I also want to publicly thank everyone close to me for their unconditional love and support, and especially thank my physical therapists and doctors for all of their great help.

Thanks for the support and love you all."