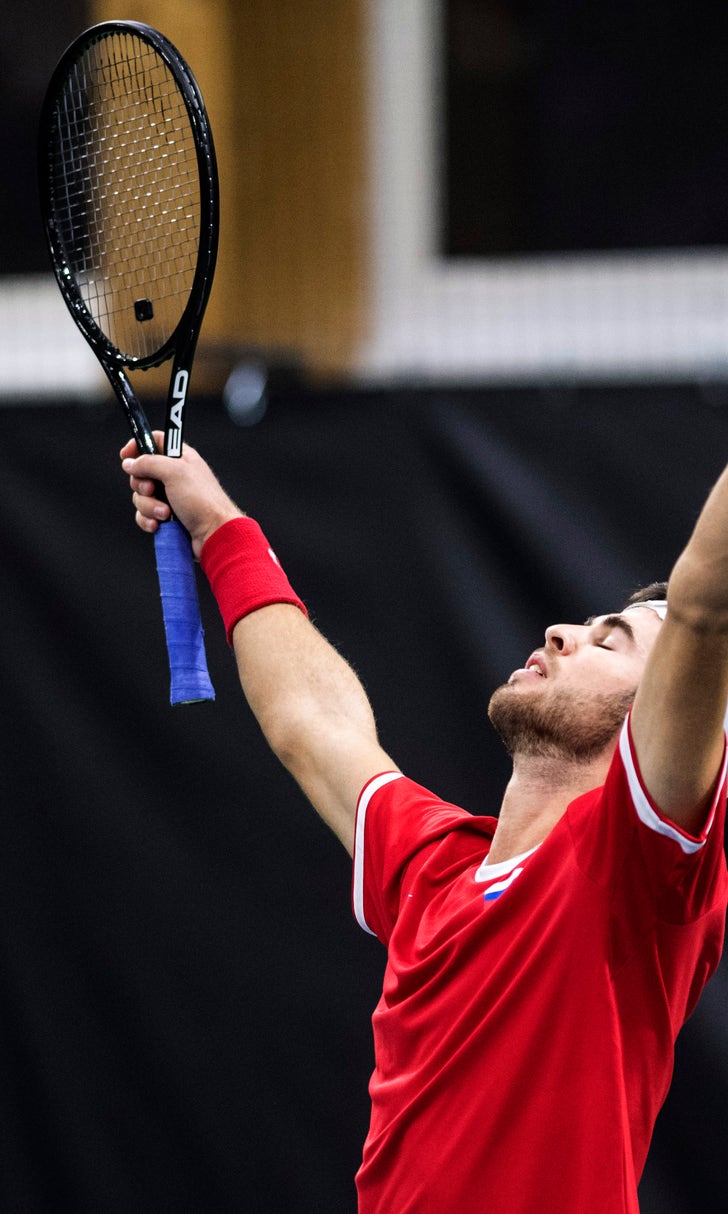 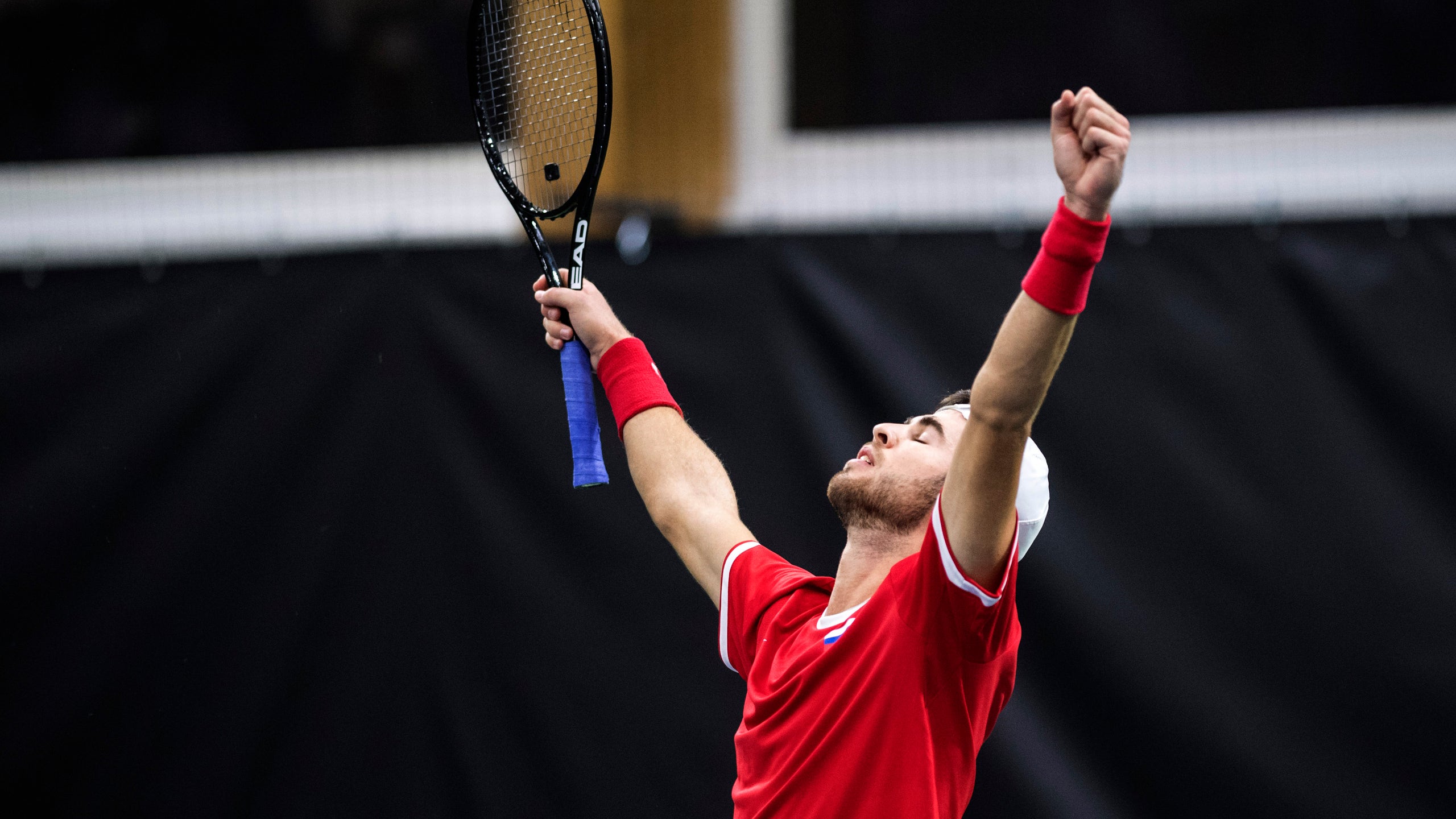 Serbia held off a spirited fightback by Uzbekistan to clinch a berth in the finals tournament of the revamped Davis Cup on Saturday.

The 2010 champion seemed in control of the tie with a 2-0 lead after straight-set wins by Dusan Lajovic and Filip Krajinovic. But Uzbekistan leveled at 2-2 and Sanjar Fayziev took the opening set in the deciding fifth rubber. Krajinovic, however, won the next two sets to send Serbia through.

Germany, Russia, and Australia were other former champions to qualify for the finals in Madrid.

At the finals, the 18 nations will compete in six groups of three teams, with all group winners and the two best second-ranked teams advancing to the quarterfinals.

Russia's Karen Khachanov ended a Swiss comeback when he rallied to beat Henri Laaksonen 6-7 (2), 7-6 (6), 6-4 for an insurmountable 3-1 lead. Earlier, the hosts, playing without Roger Federer or Stan Wawrinka, won the doubles as they fielded 15-year-old Jerome Kym alongside Laaksonen.

Australia coach Lleyton Hewitt used all five players as they racked up four straight-set wins against Bosnia and Herzegovina.

Elsewhere, seven-time champion Sweden failed to qualify for the finals, not winning a sets in losing at Colombia 4-0.

Canada also rallied from 2-1 behind to Slovakia in Bratislava, where Denis Shapovalov beat Martin Klizan 7-6 (4), 6-4 and Felix Auger-Aliassime defeated Norbert Gombos 6-3, 6-4 to turn the tie around. Shapovalov and debutant Auger-Aliassime played shared all five matches for Canada.

Robin Haase won both singles and teamed up with Jean-Julien Royer for victory in the doubles as the Netherlands beat the Czech Republic in Ostrava 3-1.