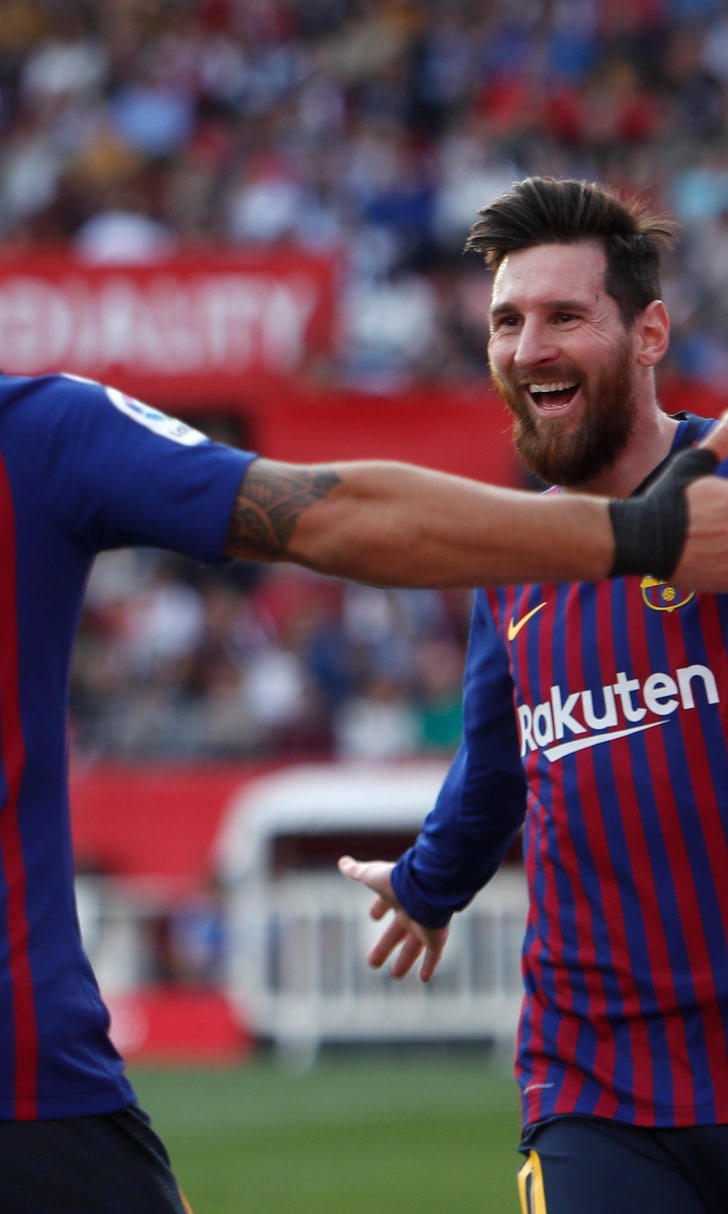 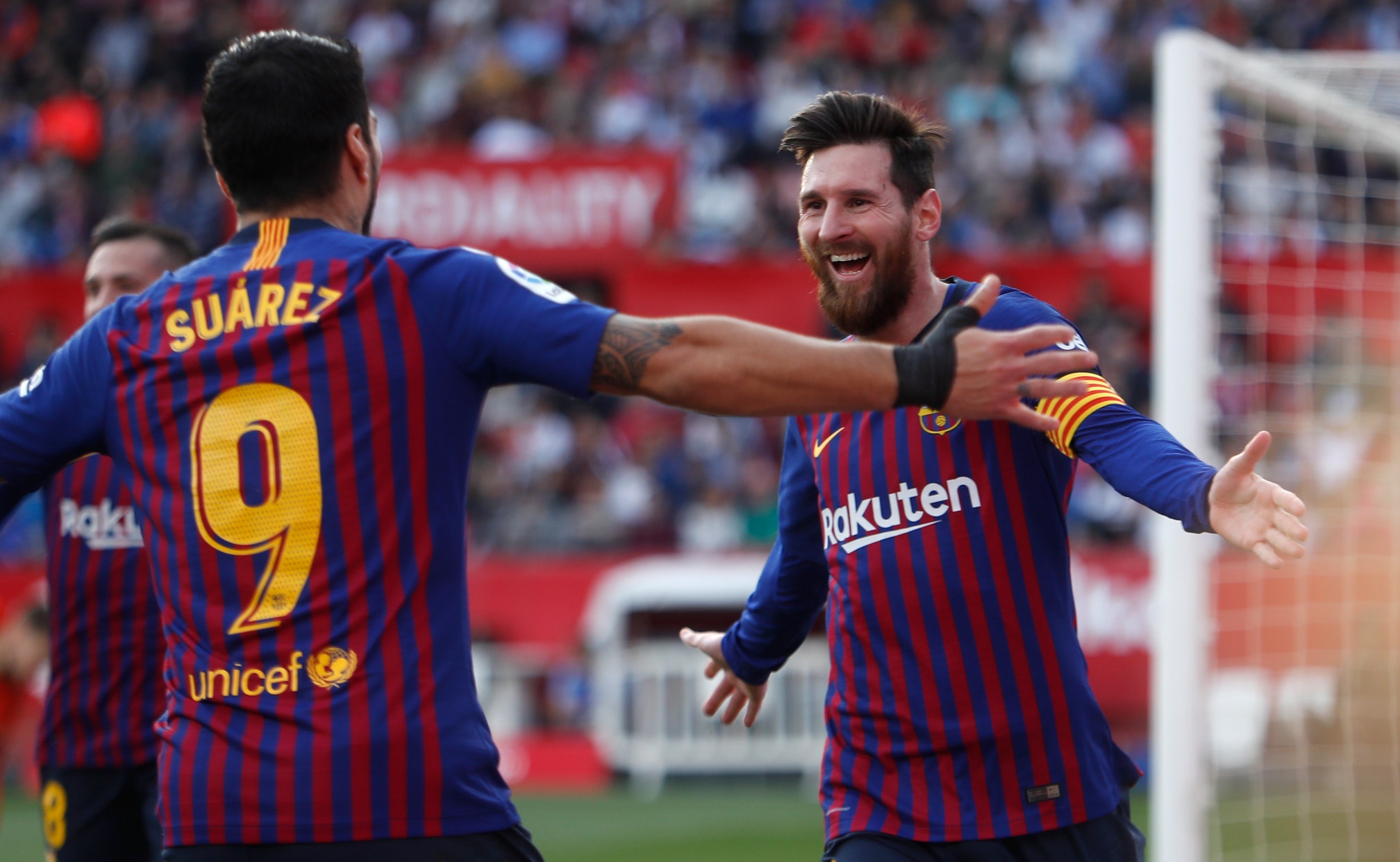 What to see in midweek in Europe's main soccer competitions

What to watch in the midweek action in Europe's leading soccer competitions:

With Barcelona boosted by another brilliant performance from Lionel Messi and Real Madrid reeling from two disappointing displays, the teams meet Wednesday with a spot in the Copa del Rey final on the line.

The teams drew 1-1 in the first leg at Camp Nou three weeks ago, when Messi played only part of the match because of a right leg injury.

Messi had not been playing well since then, but he scored a hat trick and set up another goal in Barcelona's 4-2 win at Sevilla in the league on Saturday.

Real Madrid, on the other hand, seemed to be hitting its stride until lackluster performances heading into the "clasicos" — a 2-1 home loss against Girona and a 2-1 win at Levante that relied on penalty kicks.

The rival clubs will meet again at Santiago Bernabeu Stadium on Saturday in the league, when Madrid will try to cut into Barcelona's nine-point lead.

The other Copa del Rey finalist will be decided on Thursday, when Valencia hosts Real Betis after a 2-2 draw in the first leg in Seville.

— By Tales Azzoni in Madrid.

After the tumultuous League Cup final loss to Manchester City, Chelsea quickly returns to action with another demanding game.

Chelsea hosts Tottenham on Wednesday in its first Premier League match since being routed 6-0 by City on Feb. 10 and dropping to sixth place.

Chelsea did manage to hold City to a 0-0 draw through 120 minutes in the final on Sunday, only losing on penalty kicks. The problem was what happened before the shootout with goalkeeper Kepa Arrizabalaga refusing to be substituted by manager Maurizio Sarri. Given Chelsea's attempts to diffuse the controversy, Kepa is likely to retain his starting spot against third-place Tottenham.

Liverpool, which moved back to the top of the league on Sunday, hosts Watford on Wednesday while City will be playing West Ham. Fourth-place Arsenal plays Bournemouth and Manchester United is at Crystal Palace.

— By Rob Harris in London.

There will be a different Italian Cup champion for the first time in five years.

Lazio and AC Milan, the teams that have lost in the past four finals to Juventus, will face each other on Tuesday in the first match of the two-leg semifinals. The return leg at San Siro is April 24.

Milan lost to Juventus last season and in 2016, while Lazio was defeated by the Bianconeri in the 2015 and 2017 finals.

Milan has the competition's top scorer this season in Krzysztof Piatek, who netted six for Genoa and two for the Rossoneri after his January move.

Fiorentina hosts Atalanta on Wednesday in the first leg of the other semifinal.

Lazio and Fiorentina are the two sides left in the competition with the most Italian Cups — six each. Milan has five, while Atalanta has only one, which it won in 1963.

— By Daniella Matar in Milan.

It might be a good idea if Paris Saint-Germain coach Thomas Tuchel gives Kylian Mbappe a rest on Tuesday for the visit of struggling Dijon in the French Cup quarterfinals.

Since Neymar and Edinson Cavani have both been out injured, Mbappe has played the full 90 minutes in four straight games — and scored five goals in a remarkable spell of form.

But considering Dijon is in 19th place in the French league, it could be time for Mbappe to sit one out at Parc des Princes. Tuchel could replace him at center forward with Eric-Maxim Choupo-Moting, who needs a goal after scoring only once in 21 games overall since joining last year.

PSG is aiming for a fifth straight French Cup trophy, but has some strong competition. Rennes and Lyon are also in midweek French Cup action.

— By Jerome Pugmire in Paris.