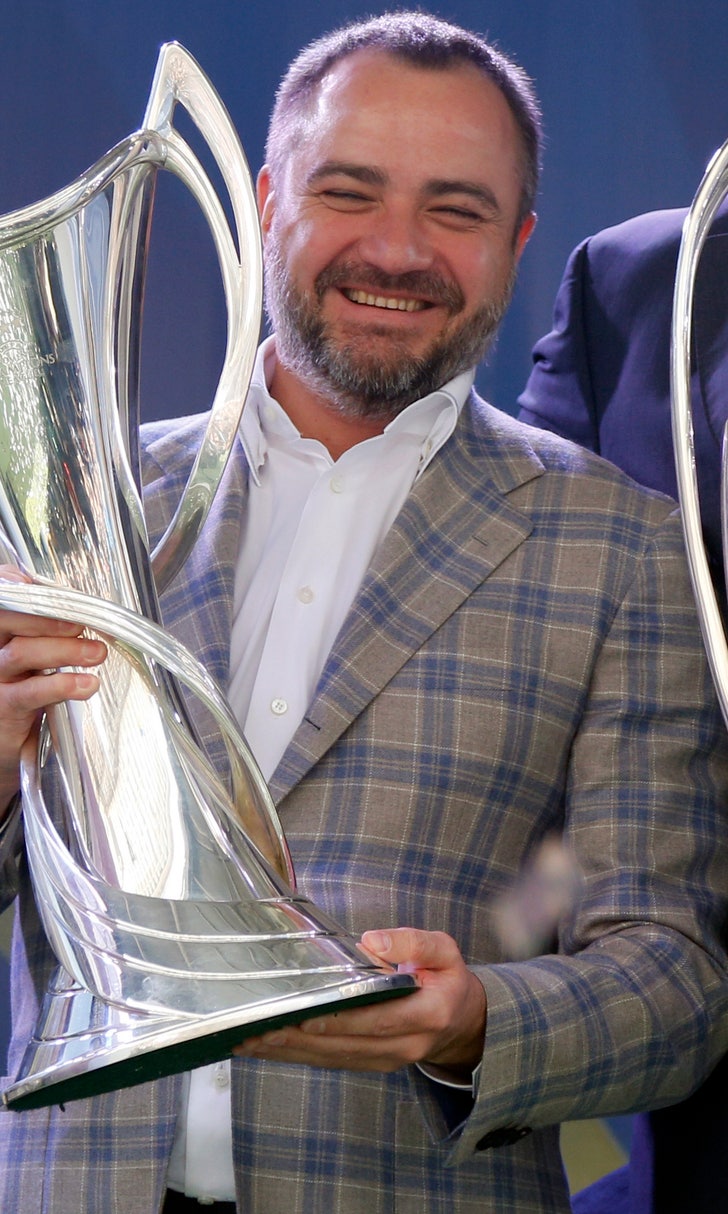 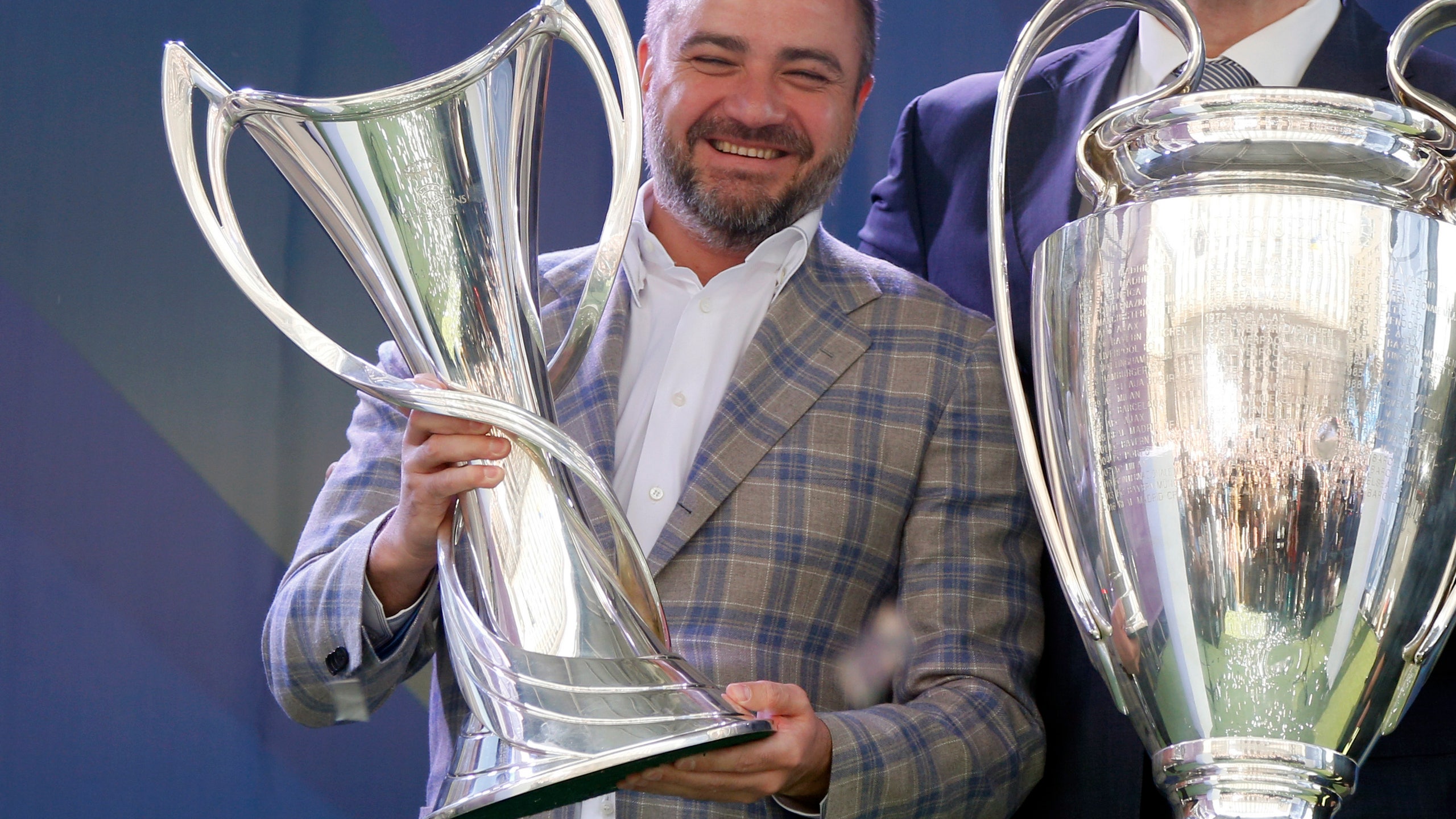 previous story
If games resume, athletes will 'need to know when to peak'
next story
Full WWE Money in the Bank 2020 results, videos and photos

GENEVA (AP) — The highest-ranking soccer official in Ukraine has been the target of FIFA and UEFA investigators regarding millions of dollars in development money paid to his national federation.

UEFA executive committee member Andriy Pavelko cooperated with the European soccer body's probe and denied any wrongdoing, according to a reply he wrote to the FIFA ethics committee. The leaked letter was published on Twitter by a magazine writer in Switzerland and confirmed by The Associated Press.

“I am more than happy to keep you apprised of any and all developments in the UEFA investigation and Swiss court proceedings.” the Ukrainian soccer federation president wrote to FIFA investigator Maria Claudia Rojas in the October 2019 letter.

Pavelko stated in the letter that he had corresponded with investigators from UEFA since September 2018 to explain separate multi-million euro (dollar) payments it sent in 2017 to the Ukrainian federation.

UEFA said Monday it does not comment to confirm or deny details of possible investigations.

In the Swiss proceeding Pavelko referred to, he was interviewed last year by a regional prosecutor after a writer from L’illustré magazine claimed to have received death threats by telephone from Ukraine. The magazine had published allegations about money sent by UEFA to Ukraine.

The magazine also revealed this month that Pavelko had resigned from his position on the FIFA disciplinary committee.

“Much of the information in the article ... is twisted and does not correspond to the reality,” Pavelko said Monday in an email to the AP.

FIFA said in a statement that Pavelko left the disciplinary committee in mid-February. At that time, he was under a separate FIFA ethics investigation not linked to financial matters.

FIFA said a plea bargain was finalized in April for Pavelko to pay a fine. That ethics investigation had been opened in August 2018 for “publicly criticizing a decision” taken by his then-colleagues on the disciplinary committee several weeks earlier at the World Cup.

Pavelko had objected to a FIFA ruling that warned Croatia defender Domagoj Vida for comments in a video released online after beating World Cup host Russia in the quarterfinals. Vida spoke positively about Ukraine, where he had played for Dynamo Kyiv.

“(Pavelko) agreed to pay a fine of 10,000 Swiss francs ($10,300) for his conduct and this is the only subject of the plea bargain agreement signed with him,” FIFA said. “None of these facts have any relation with other matters that might be or might have been under investigation by police authorities and/or by football governing bodies in relation with Mr. Pavelko’s activities as a football official.”

It is unclear if FIFA’s questions to Pavelko last year about Ukrainian federation finances became a formally opened ethics investigation.

Pavelko’s letter to Rojas stated she had no jurisdiction because it was “not directly related to FIFA matters.”

“It is in fact directly related to a UEFA matter — specifically the use of UEFA funding and an alleged threat against a journalist regarding allegations about the use of such UEFA funding,” Pavelko wrote to the FIFA investigator last October.

In the letter to FIFA, Pavelko said media reports of a $4 million UEFA loan to the Ukrainian federation in July 2017 were wrong, and that it was an advance payment of 4 million euros ($4.27 million) from broadcast rights.

He also provided answers previously given to UEFA about his federation’s links to a company in the United Arab Emirates for a project to build artificial turf fields.

Pavelko said 4.5 million euros ($4.81 million) in funding from UEFA in 2017 was untouched while a training center project stalled when a land deal fell through. The money was kept in federation accounts at three different banks “depending on the currency,” he wrote.

In February 2019, several months after engaging with investigators from UEFA, Pavelko was elected to the European body's executive committee by 27 of the 55 soccer federations.

That day in Rome, UEFA president Aleksander Ceferin said letters about Pavelko received from former lawmakers and activists in Ukraine were “without any concrete proof.”

In Switzerland, the Jura state prosecution office is still investigating alleged threats to the magazine journalist. Its request to Ukrainian authorities for cooperation has not yet been answered, the office said in an email.

A New, Potent Combo
William Byron and Rudy Fugle teamed up because of their chemistry. Sunday at Homestead proved that was the right move, Bob Pockrass writes.
5 hours ago

Early Playoff Pressure
Surprise early winners have some wondering whether it will be harder than ever to make the playoffs on points, Bob Pockrass writes.
4 days ago