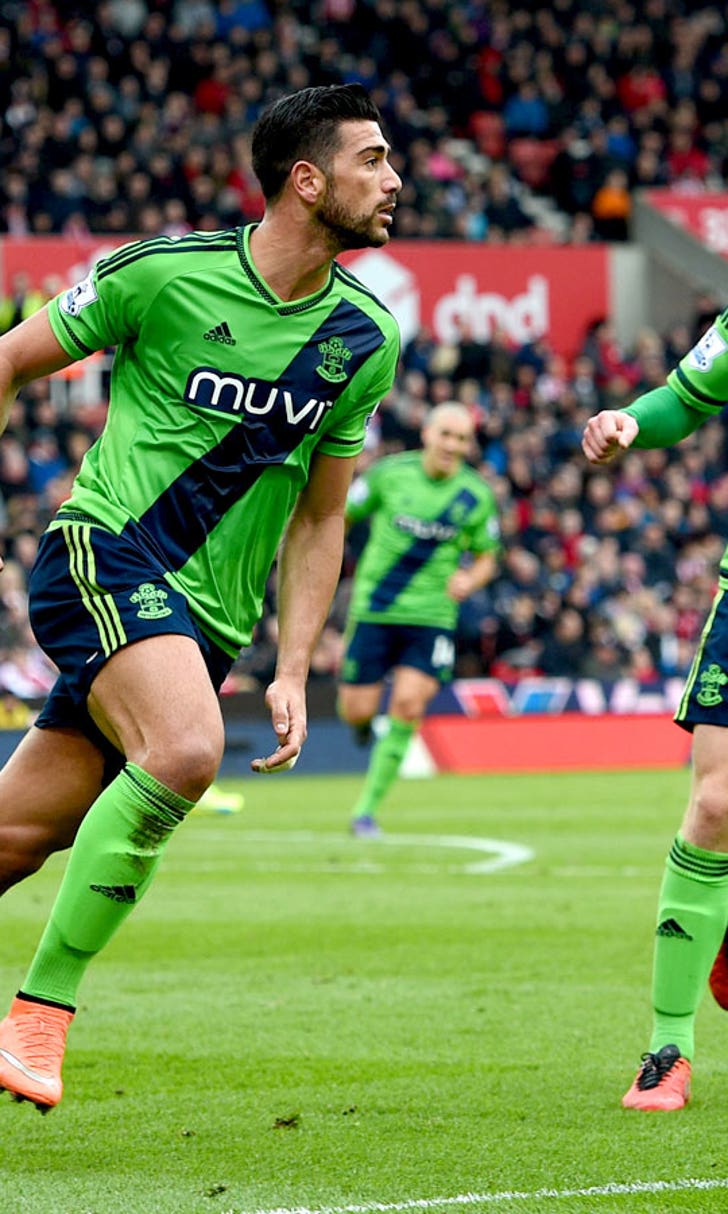 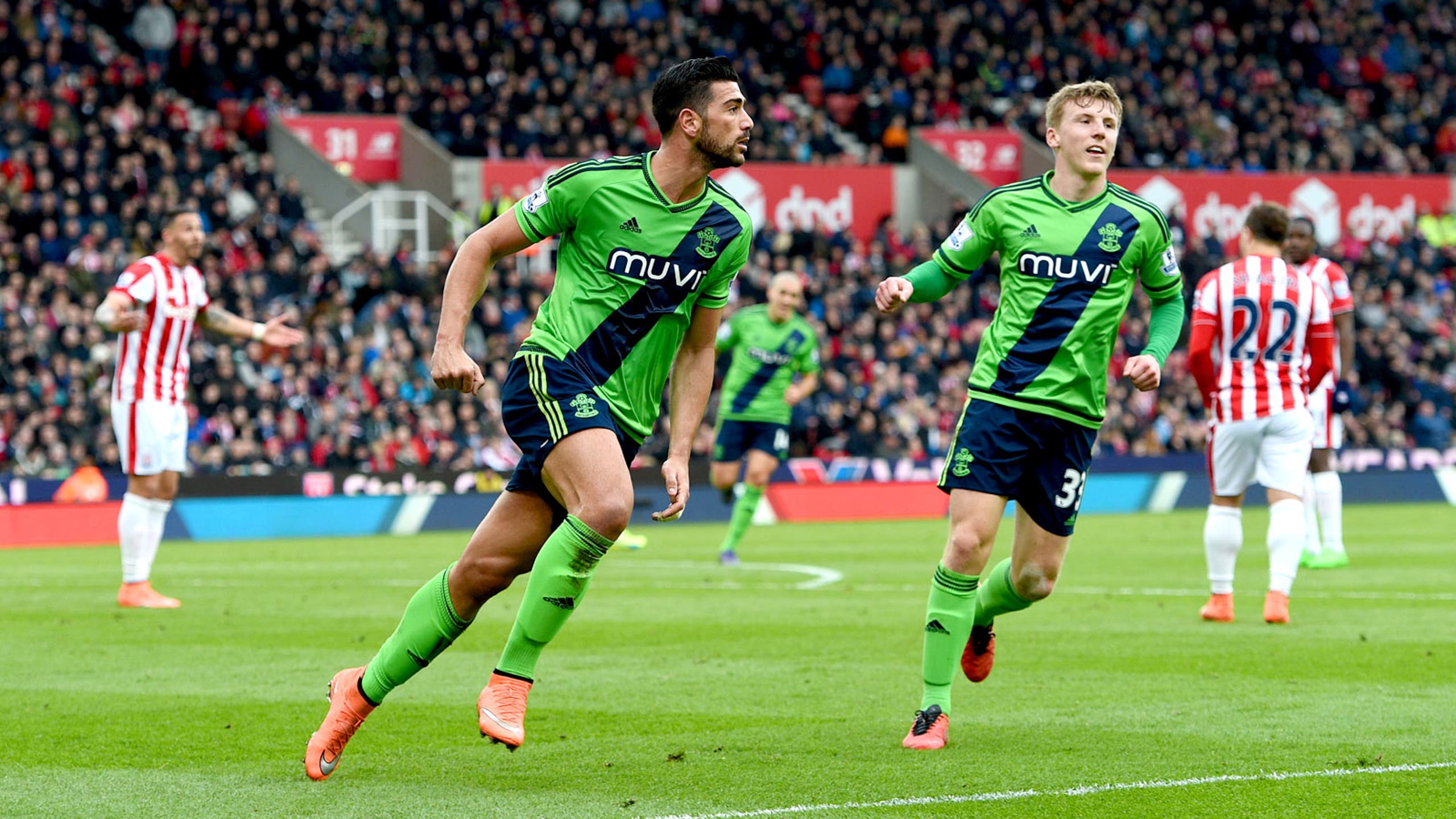 Southampton win at Stoke on the back of Pelle double 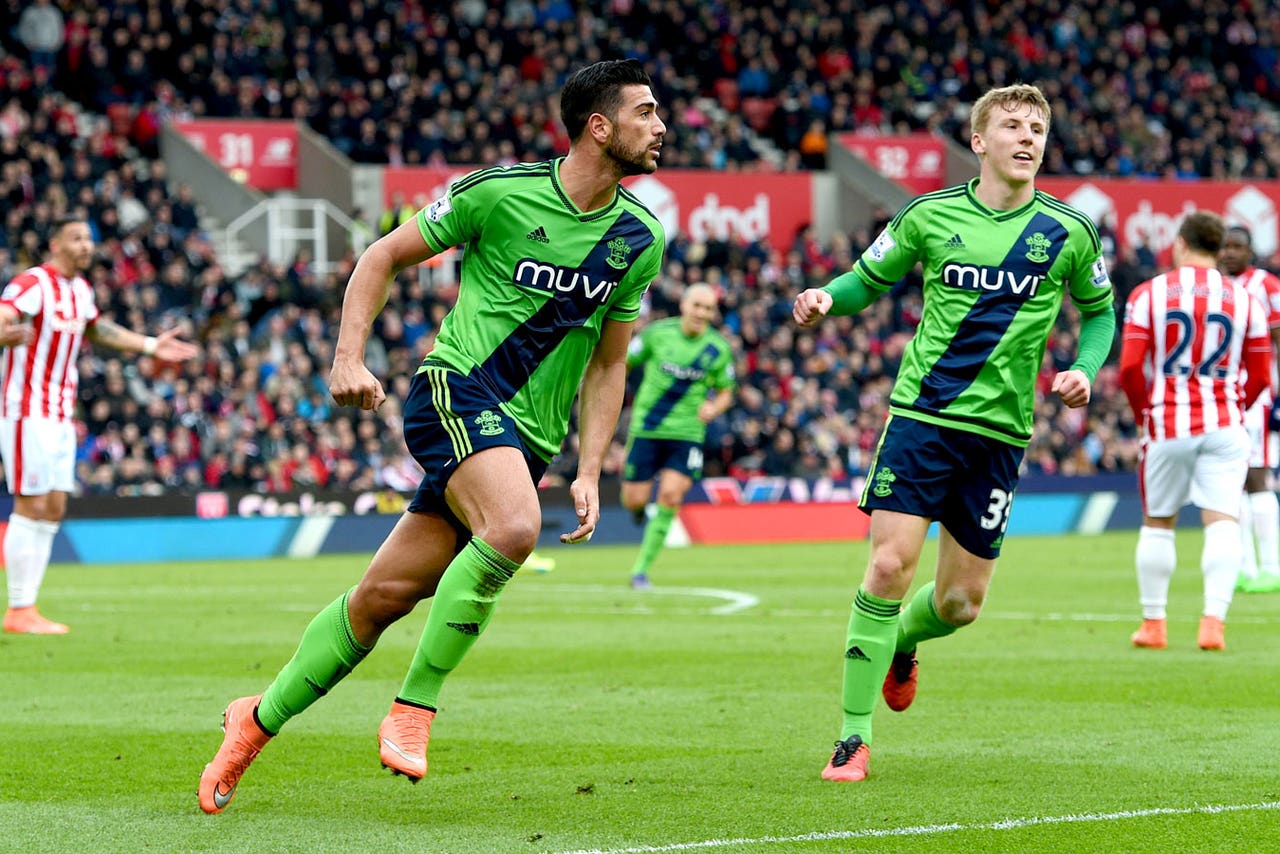 Graziano Pelle broke his goal drought with a first-half brace as Southampton secured a 2-1 at Stoke, where the visitors finished the match with 10 men.

After a positive opening from the hosts, Pelle headed Southampton in front in the 11th minute following a corner for his first goal since November 1.

The Italian forward then doubled the Saints lead 18 minutes later when he rolled the ball past Stoke goalkeeper Jack Butland after being played into the right side of the penalty area by a neat exchange with Dusan Tadic.

Stoke got themselves back into the game on 51 minutes when Marko Arnautovic converted Ibrahim Afellay's cross at the near post.

Southampton had what looked a strong penalty claim turned down by referee Lee Mason when Tadic appeared to have been felled by Butland, and saw a late free-kick from James Ward-Prowse hit the crossbar.

In stoppage time, Saints forward Sadio Mane was sent off for an apparent elbow on Erik Pieters as they jumped for the ball, but the visitors closed out victory.

Bournemouth took a significant step to securing their top-flight survival with a thrilling 3-2 win over Swansea at the Vitality Stadium, which leaves them on 38 points and 13 clear of the drop zone following a third straight victory.

Ivory Coast midfielder Max Gradel, just back from six months out with a cruciate knee ligament injury, gave the Cherries the lead on 36 minutes, knocking in a loose ball after Swans keeper Lukasz Fabianski had palmed out Adam Smith's right-wing cross. 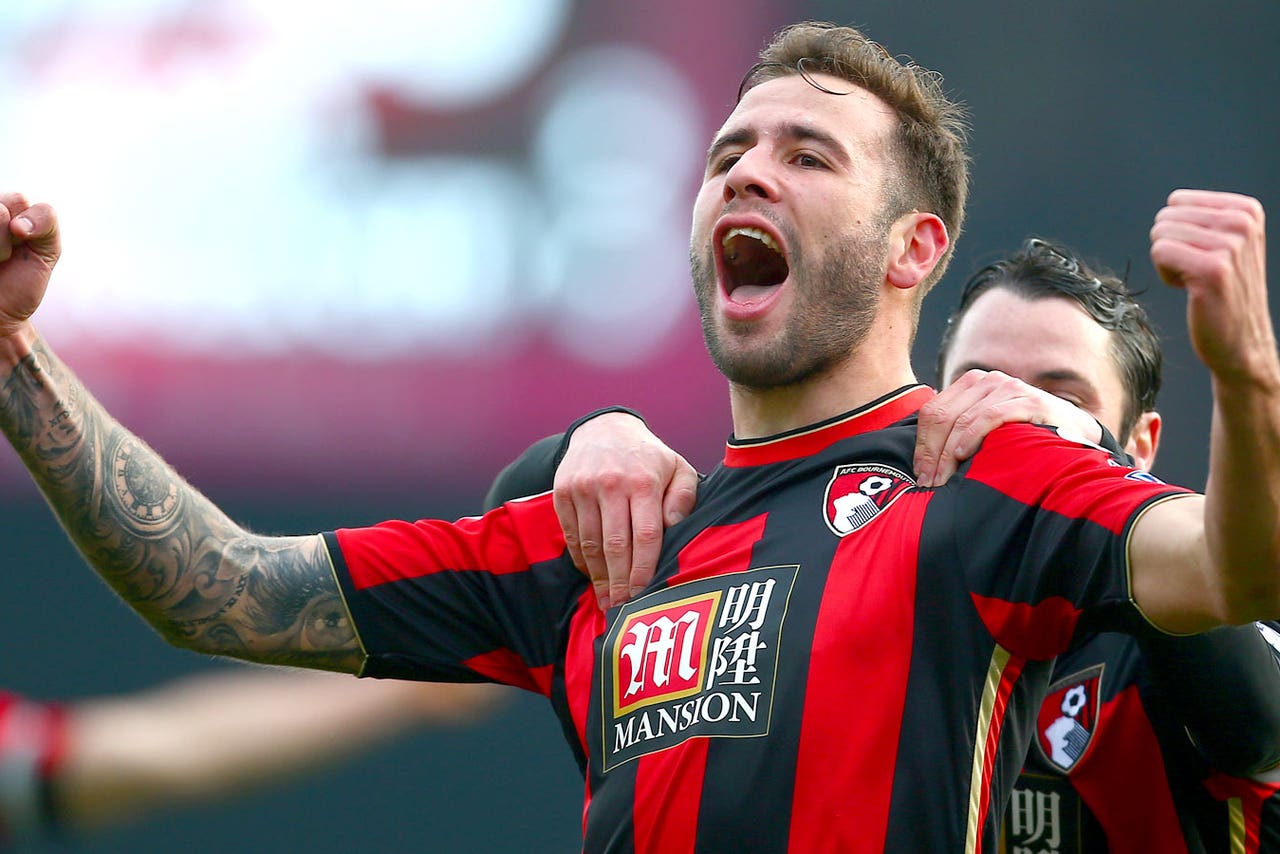 Bournemouth's Steve Cook milks the applause of the fans after scoring the winning goal against Swansea.

The visitors, though, were level just two minutes later when Gambian frontman Modou Barrow scored his first Swansea goal with a curling effort into the far corner after cutting in from the right.

Bournemouth regained the advantage on 50 minutes when Joshua King netted his second goal in as many games.

Swansea, who themselves are fighting to pull clear of the survival battle, equalised again on 62 minutes through Gylfi Sigurdsson.

However, Eddie Howe's side were not to be denied as with 13 minutes left Steve Cook headed in following a corner to secure what could well be a season-defining victory for the south-coast club, who were in League One just three seasons ago.