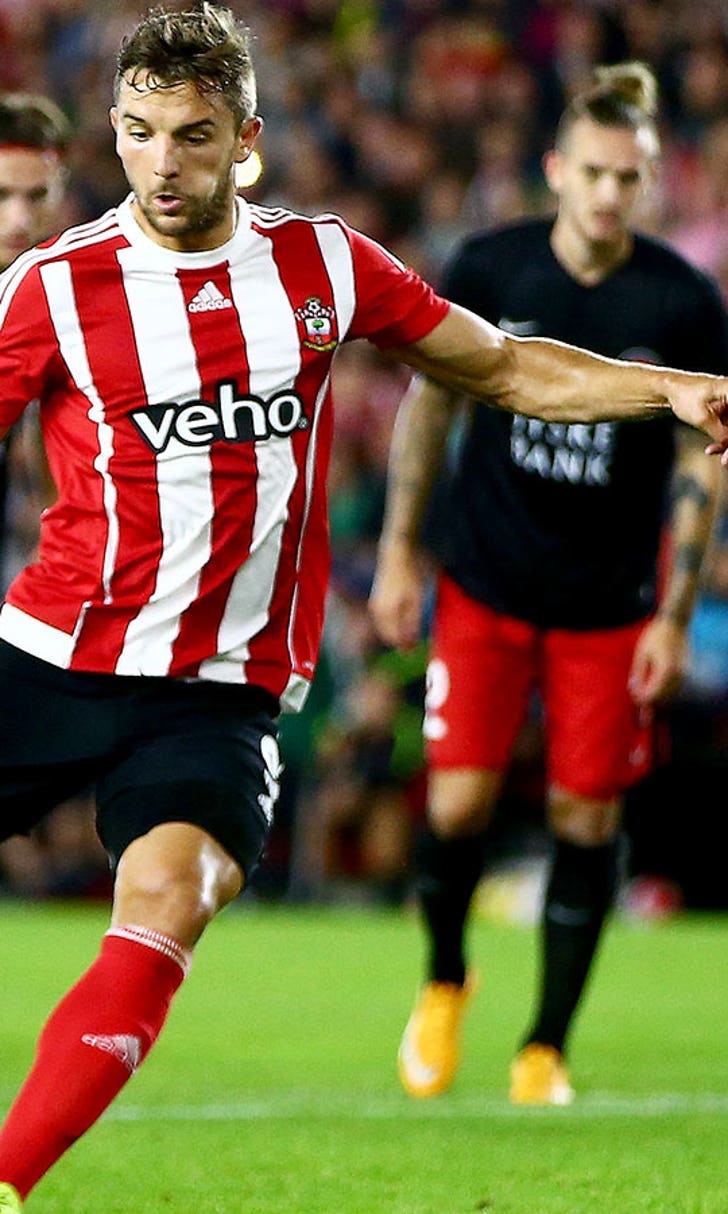 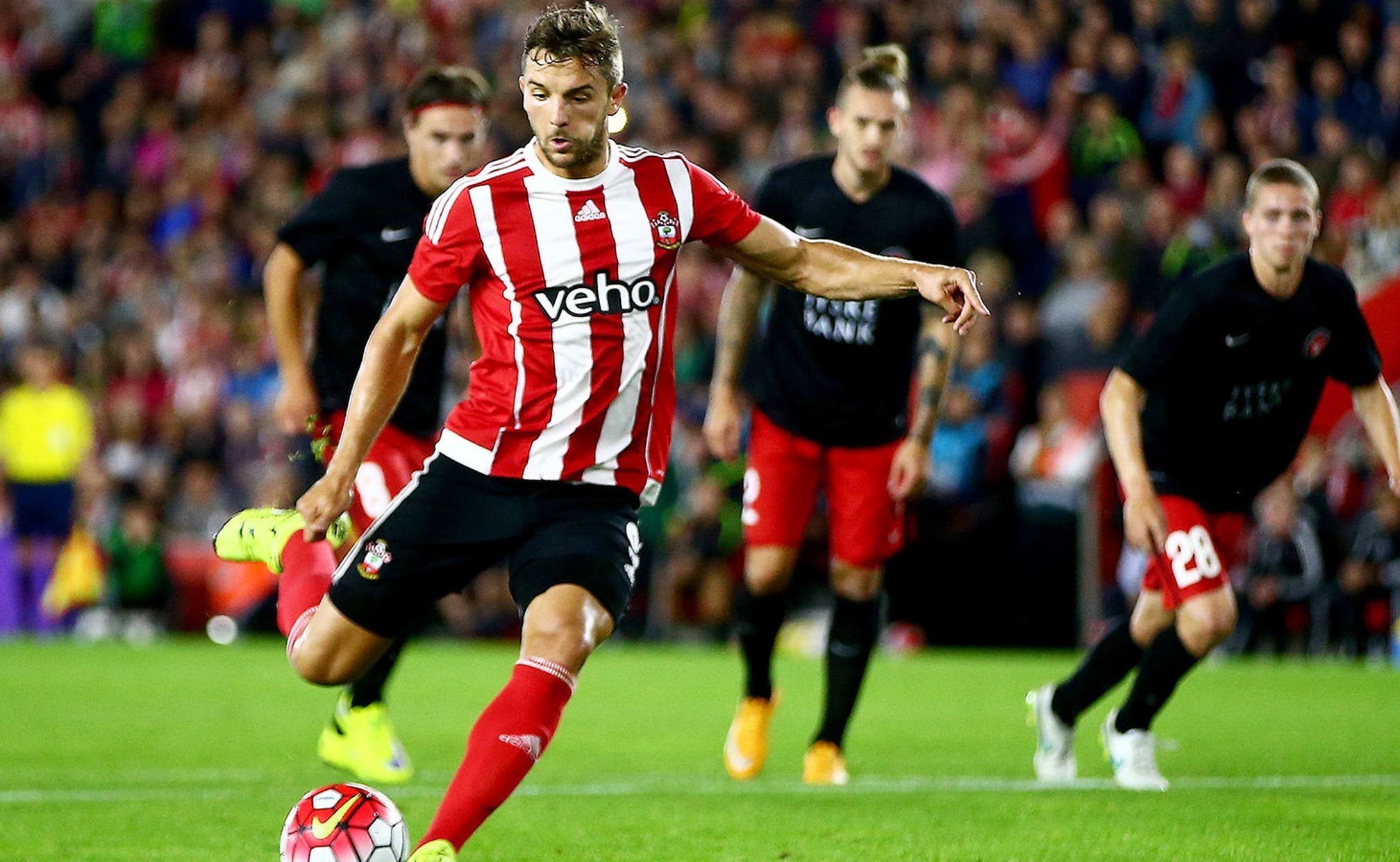 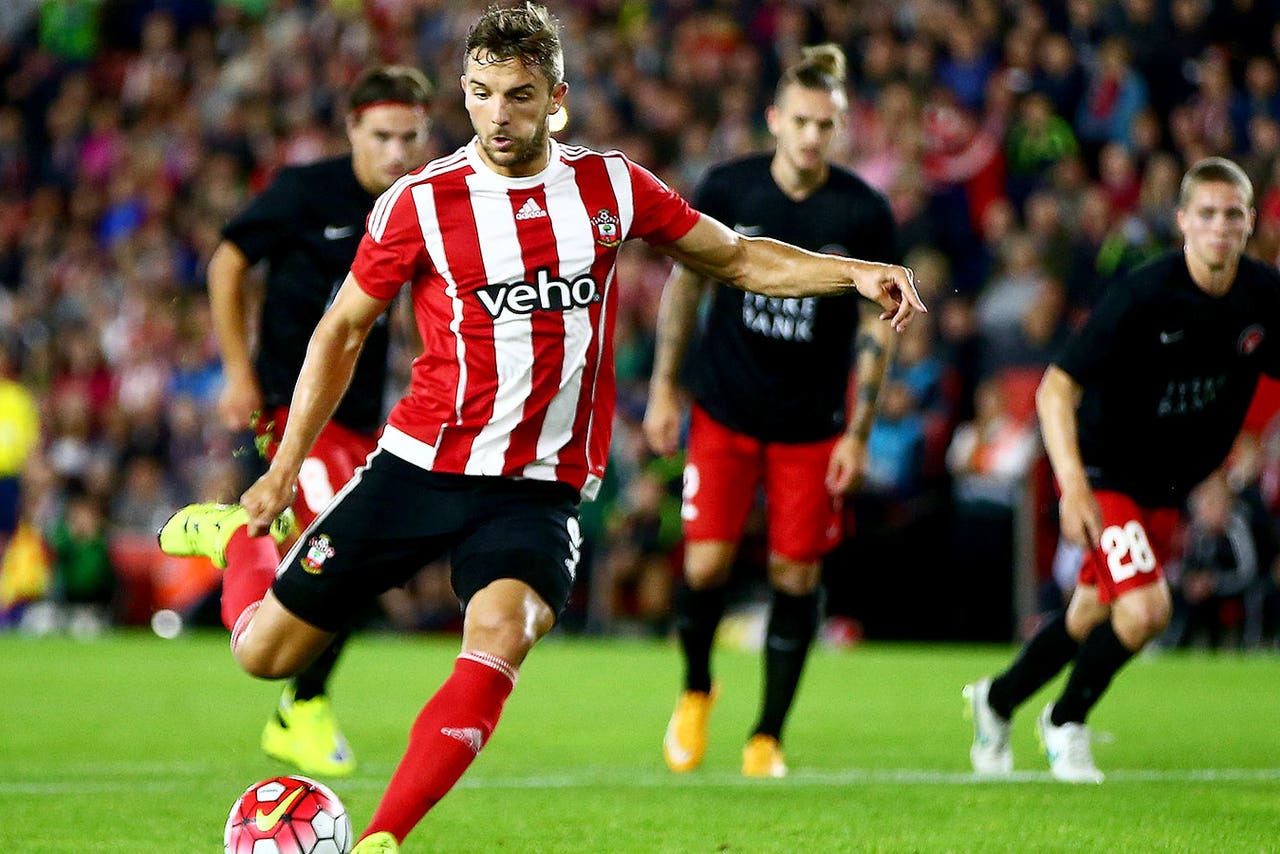 Jay Rodriguez scored his first goal in almost 17 months as Southampton were held to a draw by FC Midtjylland in their UEFA Europa League playoff tie.

The England international had been out with a serious knee injury for much of that time and the relief was there for all to see as he emphatically thumped home an equalizer from the penalty spot to secure a 1-1 draw. All the pregame talk at St. Mary's had been about players staying at the club as, with Manchester United linked with another high-profile poach of Southampton talent with a move for Sadio Mane, manager Ronald Koeman insisted he was not for sale.

But ironically it was a returning Saints player who opened the scoring as Tim Sparv put Midtjylland ahead just before half-time, giving his side the advantage ahead of the return leg in Herning next week. Finland international Sparv was part of the same youth side as Gareth Bale, Theo Walcott and Adam Lallana but never made it into the Saints' first team and although he did not celebrate he would have enjoyed his moment.

Saints hit back with an early second-half penalty, with Rodriguez slotting home his first goal since he struck twice in a 4-0 win over Newcastle on March 29 2014 - leaving the tie finely poised ahead of the return fixture. It was the Premier League side who, having made four changes from their 3-0 home defeat to Everton, started on the front foot as Victor Wanyama lofted the ball through to Rodriguez but he scuffed his effort wide having done well to hold off his man.

Rodriguez almost turned supplier moments later as his slide-rule pass reached Mane, with the Senegalese firing a low shot that Midtjylland goalkeeper Johan Dahlin saved with ease before the Danish champions finally showed signs of life. Oriol Romeu, making his full Saints debut, was booked for a challenge on Pione Sisto with Petter Andersson shooting just wide after the initial free-kick had been cleared.

That seemed to give Midtjylland the confidence to push forward and Maarten Stekelenburg was forced into a fantastic save to keep out Erik Sviatchenko's header after Saints had failed to deal with a long throw-in. Midtjylland, whose majority shareholder is Brentford owner Matthew Benham, employ the same percentage approach to their football as the Championship outfit.

And it was starting to pay-off as they took control of the game, with former Southampton youngster Sparv opening the scoring on the stroke of half-time, angling a low effort past Stekelenberg as the Saints defense stood off.

Caulker thought he had leveled matters five minutes into the second half but his header was chalked off for a foul in the build-up but, when Hansen tripped James Ward-Prowse in the box shortly afterwards, referee Clement Turpin sided with the home side and Rodriguez duly thrashed home the resulting penalty.

Dahlin made a remarkable save to once again frustrate Caulker, with the QPR loanee consistently having the beating of the Danish defense in the air. Matt Targett wasted a good opportunity when he shot wide with 15 minutes to go, with Ward-Prowse only able to hit the side-netting with a long-range free-kick and, when Maya Yoshida hit the post in the dying seconds, Koeman's men were forced to settle for a share of the spoils.

UEFA Europa League
share story
those were the latest stories
Want to see more?
View All Stories
Fox Sports™ and © 2020 Fox Media LLC and Fox Sports Interactive Media, LLC. All rights reserved. Use of this website (including any and all parts and components) constitutes your acceptance of these Terms of Use and Updated Privacy Policy. Advertising Choices. Do Not Sell my Personal Info