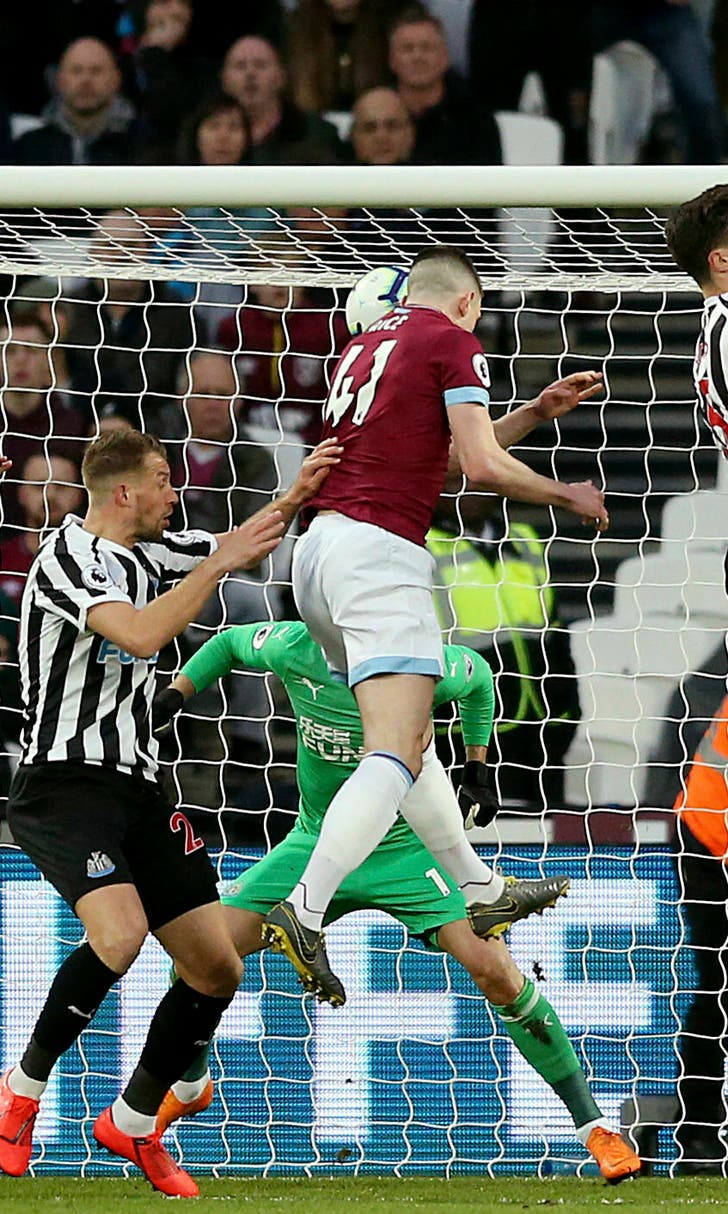 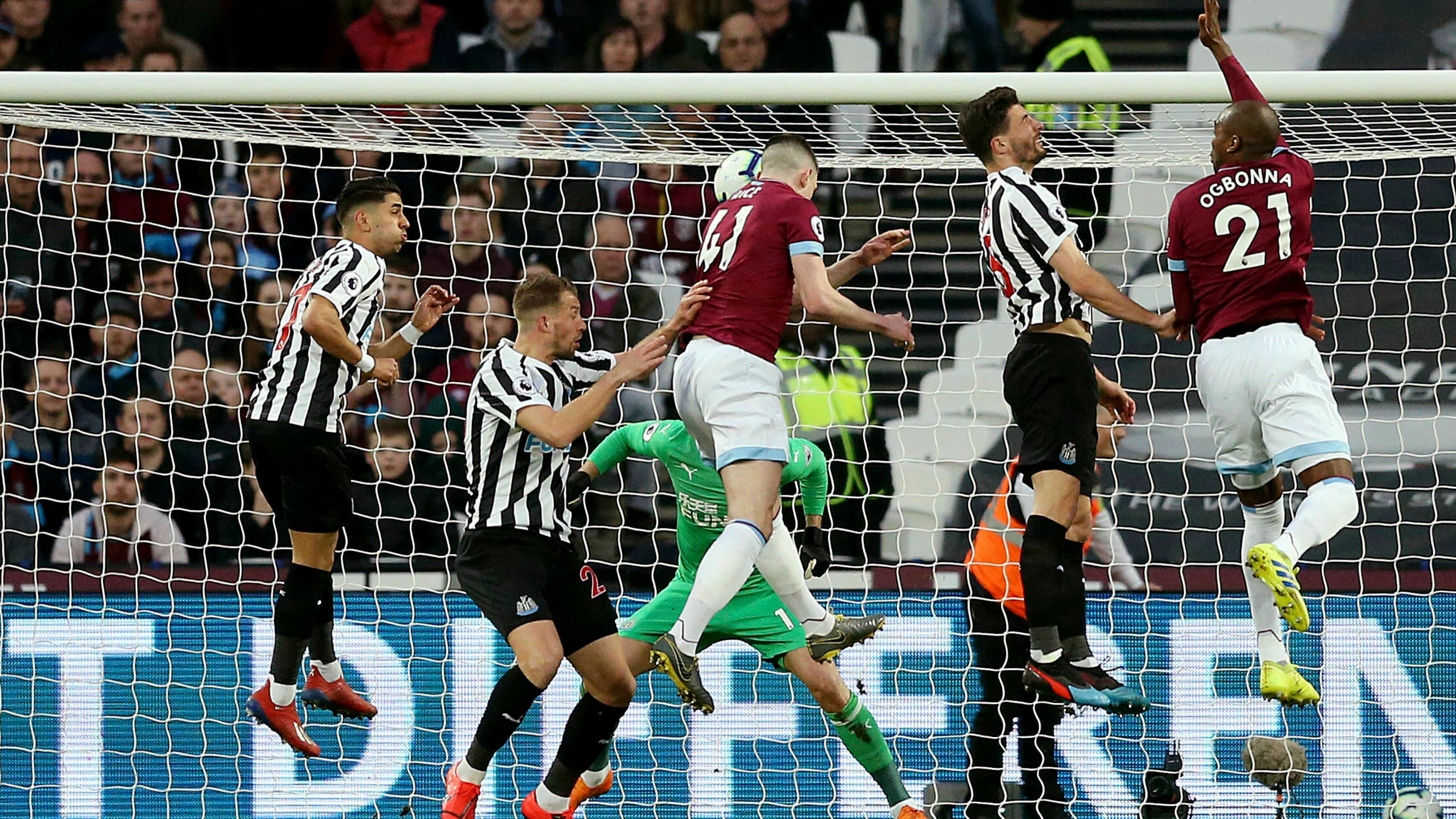 Rice called up by England, a day after getting Ireland award

MANCHESTER, England (AP) — Declan Rice was called up by England's national team for the first time on Wednesday, a day after the 20-year-old midfielder was voted as Ireland's young player of the year.

Rice, who plays for West Ham in the Premier League, decided last month to switch his international allegiance to England — the country of his birth — after playing three times for Ireland in friendly games. He was eligible for the Irish team through his paternal grandparents.

The Football Association of Ireland announced Tuesday that Rice was the country's young player of the year, saying he would still receive the award because it "maintains the integrity of the voting process."

England coach Gareth Southgate wasted no time in selecting Rice, whose switch of allegiance was ratified by FIFA last week, ahead of European Championship qualifiers against Czech Republic at Wembley Stadium on March 22 and at Montenegro three days later.

"It's obviously been a well-publicized situation. We've tracked him for quite a while," Southgate said of Rice. "They're really big decisions. When you're asking a player to transfer association, you've got to make sure they've got a future with you. We like what we've seen.

"There aren't many players of his age playing as well as he is in the Premier League."

Southgate decided against selecting Southampton goalkeeper Angus Gunn and Crystal Palace right back Aaron Wan-Bissaka, two players in good form in the Premier League and who have been courted by Scotland and Congo, respectively.

In recent years, England has seen wingers Alex Iwobi and Wilfried Zaha opt to play for Nigeria and Ivory Coast, respectively, even though they could have played for England.

"I'm not prepared to pick players just to stop the possibility of other countries picking them," Southgate said. "I could pick players, give them a cap and stop them playing somewhere else. But I don't think that's right."

England is looking to keep up its strong form over the past year, during which the team reached the semifinals of last year's World Cup and also qualified for the UEFA Nations League final four in June.

The exploits of England's soccer team during the World Cup in Russia helped — briefly, at least — to bring together a nation currently in political chaos amid Britain's attempts to negotiate its departure from the European Union.

"We can't keep relying on the royal family to produce babies and have weddings. There have to be other methods of (uniting the country)," Southgate said. "If we can provide hope and optimism through our performances then that's part of our responsibility as a team.

"We always want to play in a way that excites people, we want a team that the public are proud to watch and we hope to play our part. Whether we can resolve all the issues in our country is a difficult task."

West Ham United
share story
those were the latest stories
Want to see more?
View All Stories
Fox Sports™ and © 2021 Fox Media LLC and Fox Sports Interactive Media, LLC. All rights reserved. Use of this website (including any and all parts and components) constitutes your acceptance of these Terms of Use and Updated Privacy Policy. Advertising Choices. Do Not Sell my Personal Info