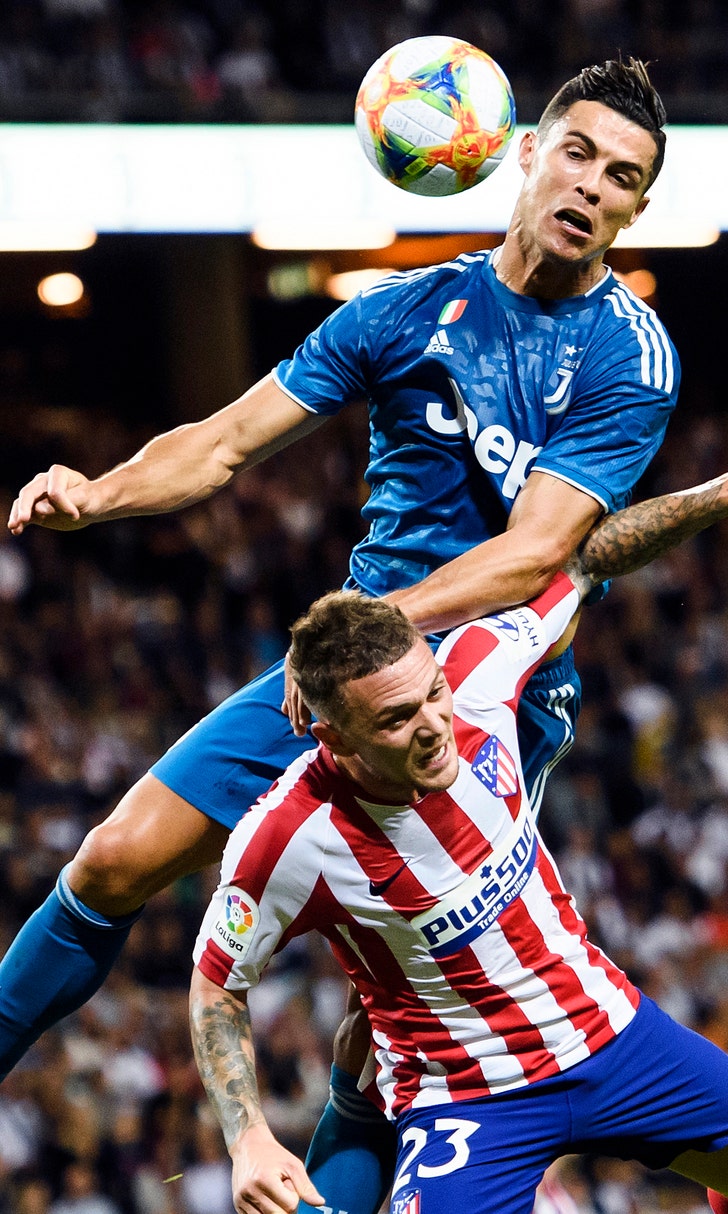 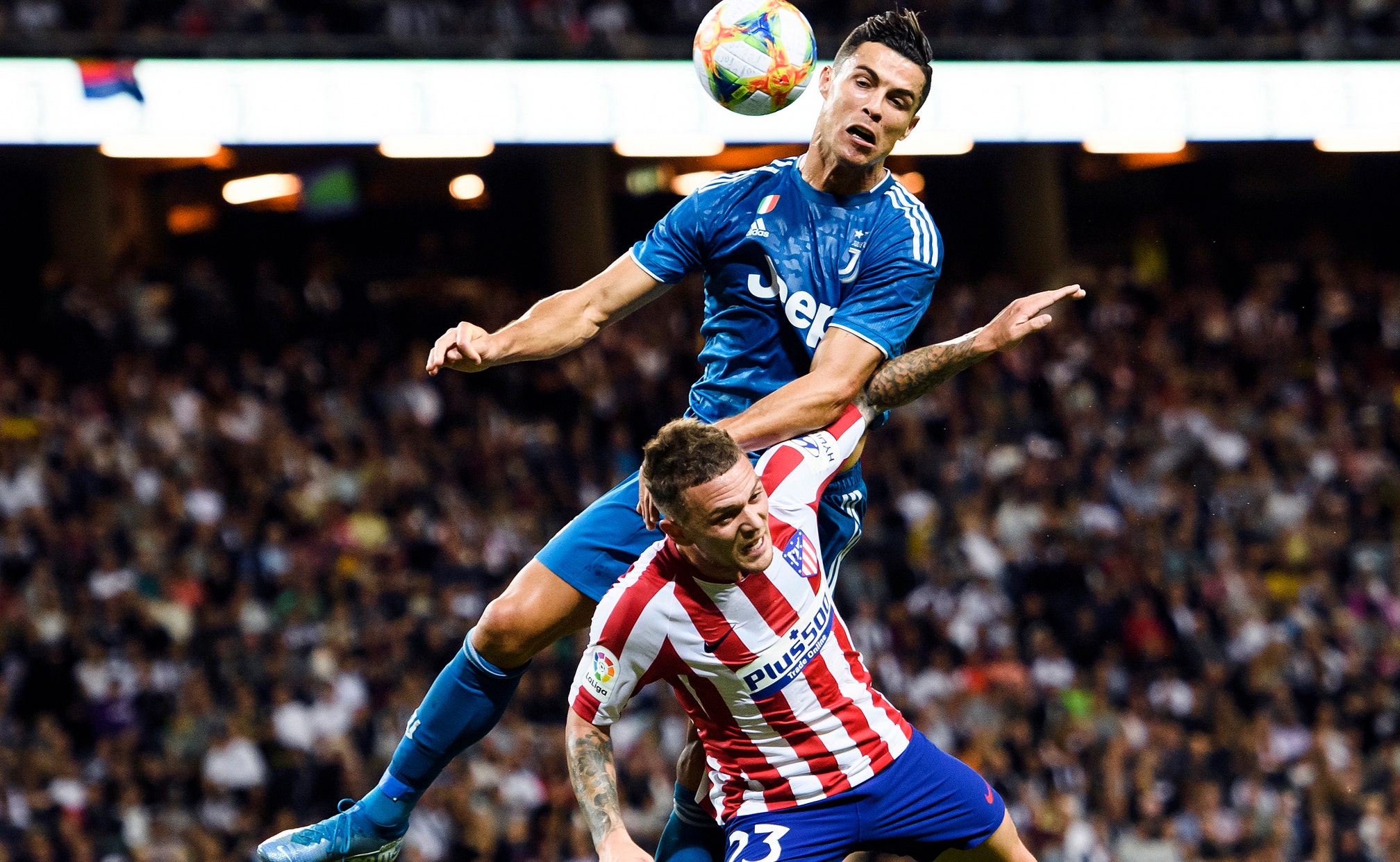 previous story
Peruvian cuisine: the beloved star at Lima's Pan Am Games
next story
Upon Further Review: Packers at Ravens

BARCELONA, Spain (AP) — After undergoing the most thorough offseason overhaul of his squad since taking over Atlético Madrid eight years ago, coach Diego Simeone will look to a teenager to keep his team fighting for titles.

It will be 19-year-old sensation João Félix, the heir apparent to Cristiano Ronaldo in Portugal, in charge of taking over the goals and attacking flare of Antoine Griezmann, the team's main star for the last few years. Griezmann was one of the many top players who left Atlético this summer, along with defenders Diego Godín, Filipe Luís and Juanfran Torres.

Félix's elegant gliding moves are more reminiscent of former Brazil midfielder Kaka than the brute firepower of Ronaldo. But he has shown he too can score in bunches after netting 20 goals in his only season with Benfica's main team, including one in the match in which the club clinched the Portuguese league title.

Atlético smashed its club record for a transfer to sign Félix from Benfica, paying the Portuguese club 126 million euros ($140 million). The deal was completed not long after Atlético received 120 million euros ($134 million) from Barcelona for the Griezmann transfer.

Some in Spain saw it as a risky investment in a player who lacks experience and has yet to be tested in a tougher competition like the Spanish league.

Atlético's fans hope they caught a glimpse of what is in store from Félix last month when he helped deal fierce rival Real Madrid a 7-3 thrashing in a friendly match played in New Jersey. Félix impressed by scoring after setting up the first of four goals by Diego Costa. He also scored twice in a 2-1 win over Juventus in a friendly.

Simeone said he plans to use Félix as a playmaker behind Costa and the team's other pure striker, Álvaro Morata.

"I see him playing with other players up front who can give him opportunities to do damage with his vision of the game," Simeone said after the drubbing of Madrid. "When you have his talent and his desire to improve, you can play anywhere (on the pitch)."

The main loss defensively was Godín, the central defender who anchored the team's backline for nine years and embodied the super competitive, workmanlike spirit that Simeone preaches to his players. He is now gone along with Lucas Hernández and veterans Filipe Luís and Torres, leaving José Giménez as the only remaining starter from recent years.

Atlético has brought in center backs Felipe Monteiro from Porto and Mario Hermoso from Espanyol, along with right back Kieran Trippier from Tottenham and left back Renan Lodi from Athletico Paranaense.

After losing Rodri Hernández to Manchester City, Atlético reinforced the midfield with two Porto players — Mexico's Héctor Herrera and Marcos Llorente, who lacked playing time at Real Madrid. Both should help Jorge "Koke" Resurrección focus his energies on feeding passes to his forwards and allow Saúl Ñíguez to push forward in attack.

Simeone's challenge will be making all these new pieces fit in a team that failed to win a major title last season and still aspires to repeat its 2014 Spanish league title and, one day, capture that elusive Champions League crown.

"I am very happy with all my new players," Simeone said. "Felipe is growing, as is Hermoso, each one from their position to achieve something that is not easy: to mesh all these new parts together so that we can be ready to face what lies ahead, which won't be easy."

Atletico's league opener will be against Getafe on Sunday. Atletico will likely be without Costa because of a left thigh injury.

Manchester City
share story
those were the latest stories
Want to see more?
View All Stories
Fox Sports™ and © 2020 Fox Media LLC and Fox Sports Interactive Media, LLC. All rights reserved. Use of this website (including any and all parts and components) constitutes your acceptance of these Terms of Use and Updated Privacy Policy. Advertising Choices. Do Not Sell my Personal Info