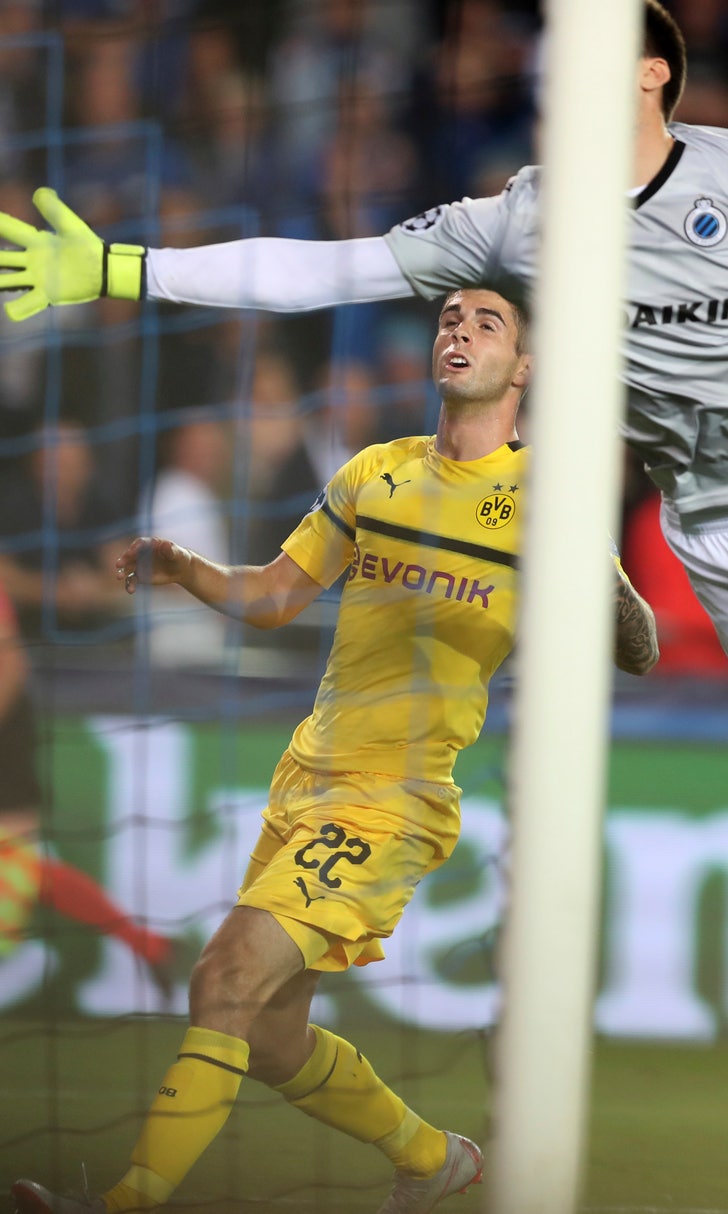 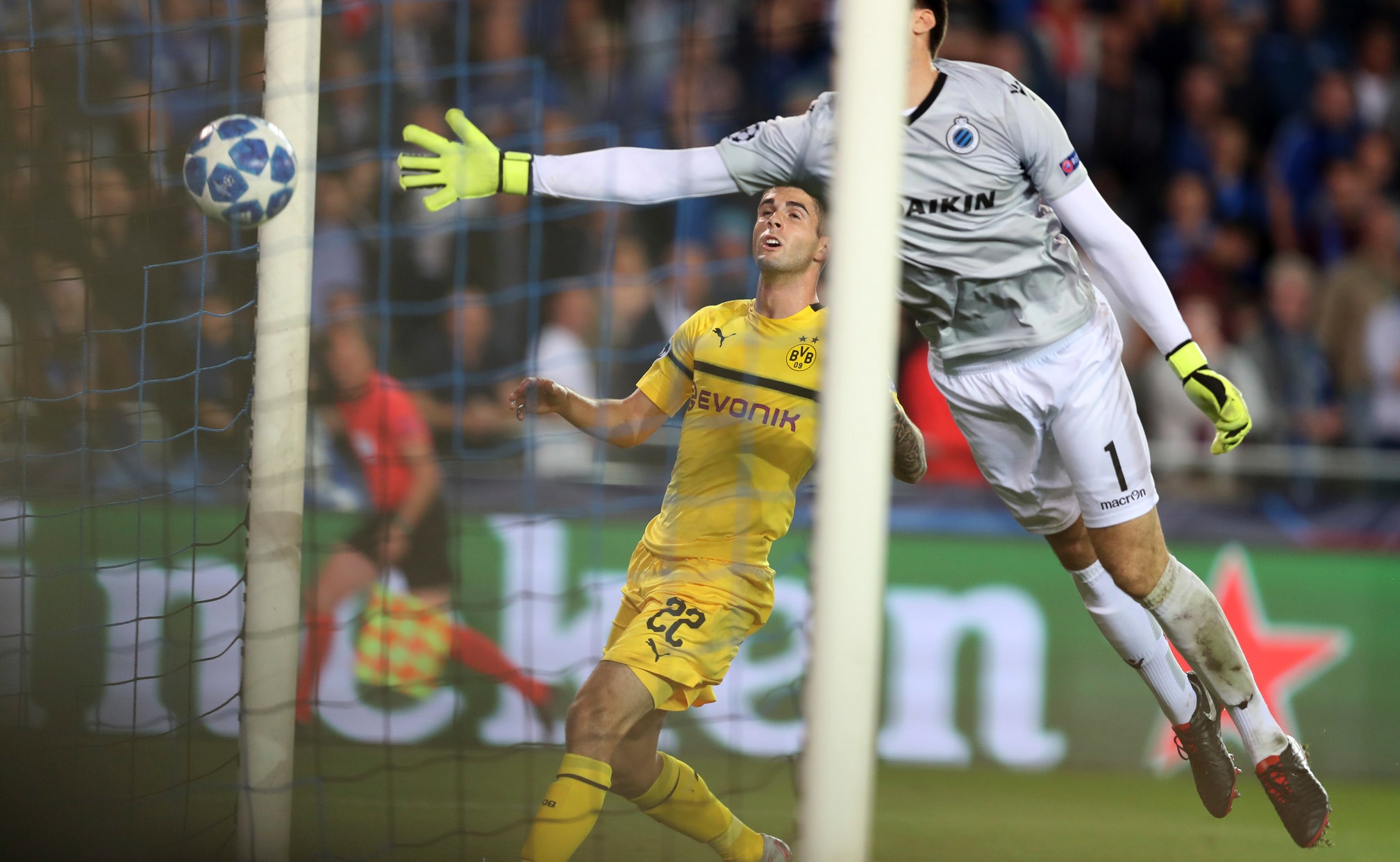 BRUGES, Belgium (AP) — Christian Pulisic celebrated his 20th birthday by scoring on his return from injury to give Borussia Dortmund a late 1-0 win at Club Brugge in the Champions League on Tuesday.

"It was great to come back after injury to and to be back with the team," said Pulisic, who also made his 100th appearance for the club.

The American, who hadn't played since Aug. 26 due to muscular problems, came on with around 20 minutes remaining and scored in the 85th when Matej Mitrovic's attempted clearance rebounded off his shin and looped in over Brugge goalkeeper Karlo Letica.

"It was a bit lucky but I'll take it on my birthday," said Pulisic, who had missed two Bundesliga games for Dortmund and the U.S. friendlies against Brazil and Mexico.

"I just saw the ball getting played through. I think the defender tried clearing it but I was in the right spot at the right time," Pulisic said. "I think we deserved the goal at the time."

Pulisic, who also netted against Benfica in March last year, is only the third American to score multiple Champions League goals after Fabian Johnson — who had two for Borussia Moenchengladbach — and DaMarcus Beasley, who scored six in stints at PSV Eindhoven and Rangers.

"I'm just going to enjoy the rest of the night with the team," Pulisic said of his birthday celebrations.

Mario Goetze made a rare start for Dortmund but was unable to provide much of a spark against the spirited hosts. Leticia saved his effort in the first half. It was Dortmund's only shot on target apart from Pulisic's goal.

Brugge was back in the Champions League group stage after a one-year absence and created the better chances.

In the other Group A game, Atletico Madrid beat Monaco 2-1.