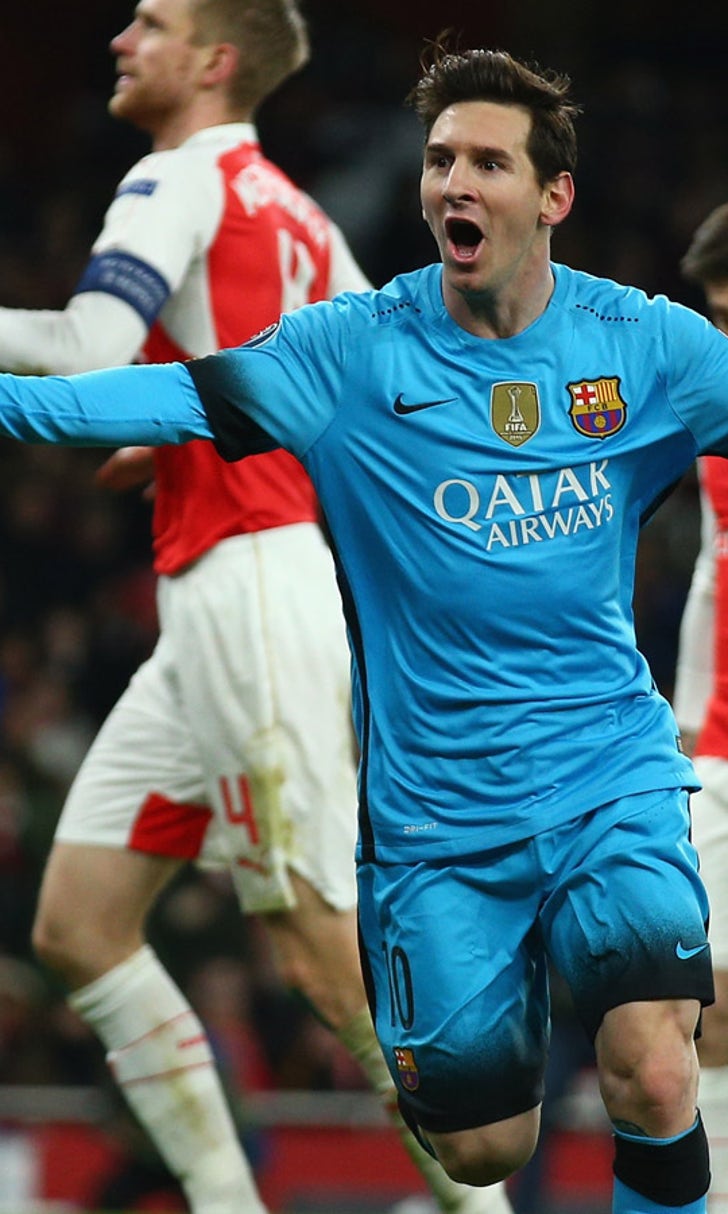 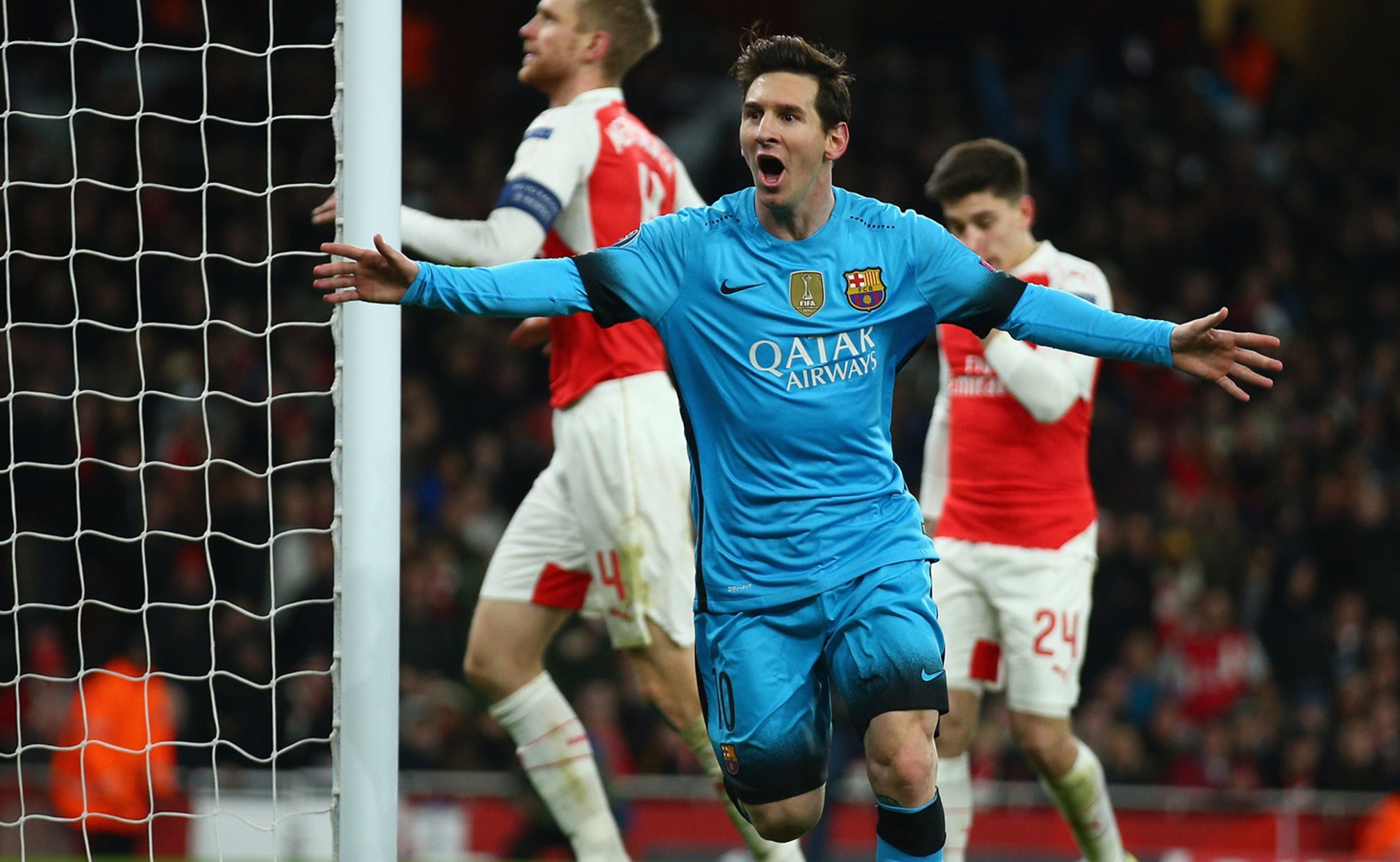 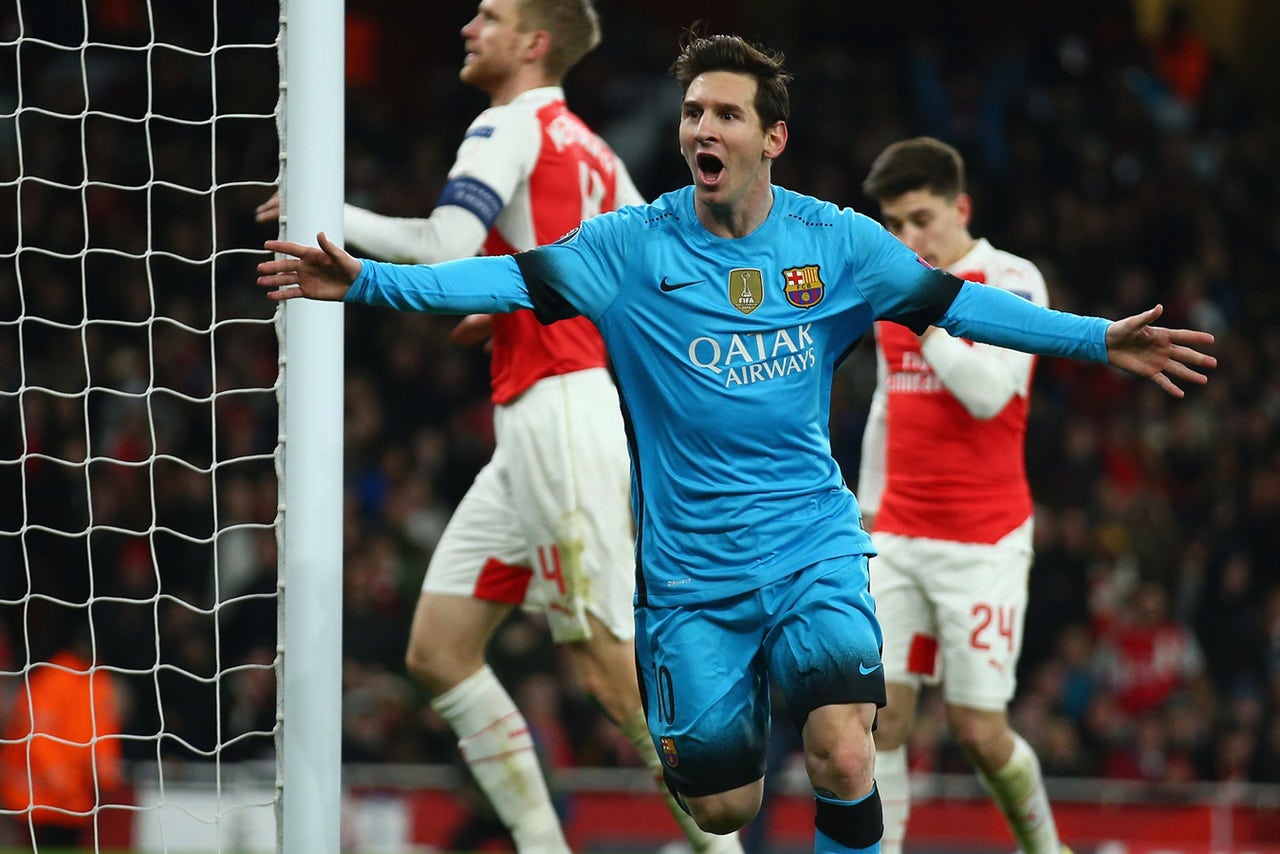 Match-winner Lionel Messi has refused to accept Barcelona are already through to the quarter-finals of the Champions League after their victory at Arsenal on Tuesday night.

The World Player of the Year scored both goals as reigning the European champions left the Emirates Stadium with a 2-0 victory in the first leg of their last-16 clash with the Gunners.

The Catalan giants were already favorites to advance ahead of the tie and an away-leg win looks to have all but sealed their place in the draw for the last eight.

But Messi, who opened the scoring following a lightening counter-attack before doubling the lead from the penalty spot, insists there is still much to play for during the return leg at the Nou Camp on March 16.

"The tie is not over, but we've got two away goals and that's not easy to do," he told the club's official website.

"At the Nou Camp we'll go out to win, as we do at every ground.

"It was a very good result against a great team, who have some really good players. I'm delighted with the result.

"We've played Arsenal several times and we know what they are capable of doing.

"Arsenal did very well in the first half, with some help, but we knew they wouldn't be able to keep that pace up all the way. In the second half we had more space and that's how we got the first goal."

Arsenal had done well to largely negate the threat of Messi, as well as his attacking partners Luis Suarez and Neymar, for most of the opening 70 minutes before the Argentinian struck twice.

Barcelona midfielder Sergio Busquets believes it was Arsenal's decision to go in search of a goal of their own that ultimately allowed the visitors to assume control of the tie.

"We're really happy with the result we got," he said.

"They were strong physically, but little by little we gained control of the game, 2-0 sets us up nicely for the second leg in Barcelona.

"When Arsenal created pressure, they also left a lot of space at the back. They wanted to take risks, but we did too and that's how we opened the scoring.

"We have a lot of respect for Arsenal because they're a great team. They have some top class players that can score at any moment."

Real Madrid Stifles Barcelona
In the first 'El Clasico' of the season, Real Madrid knocked off Lionel Messi and Barcelona, 3-1.
5 days ago