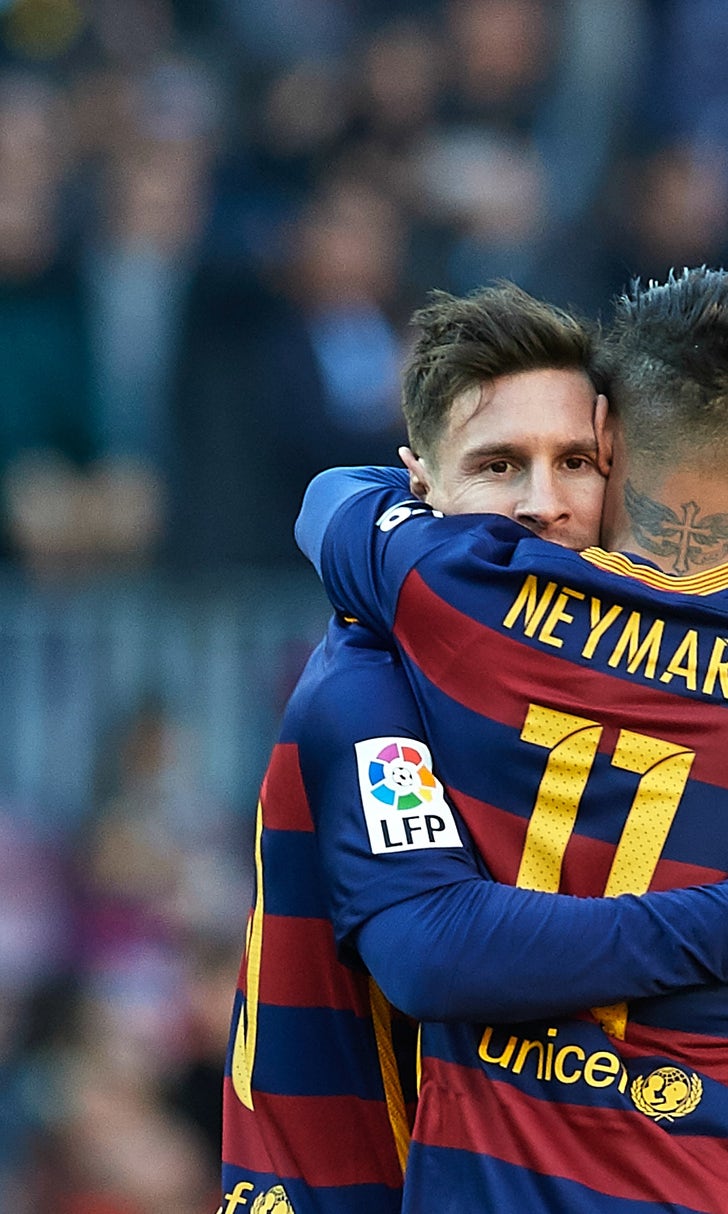 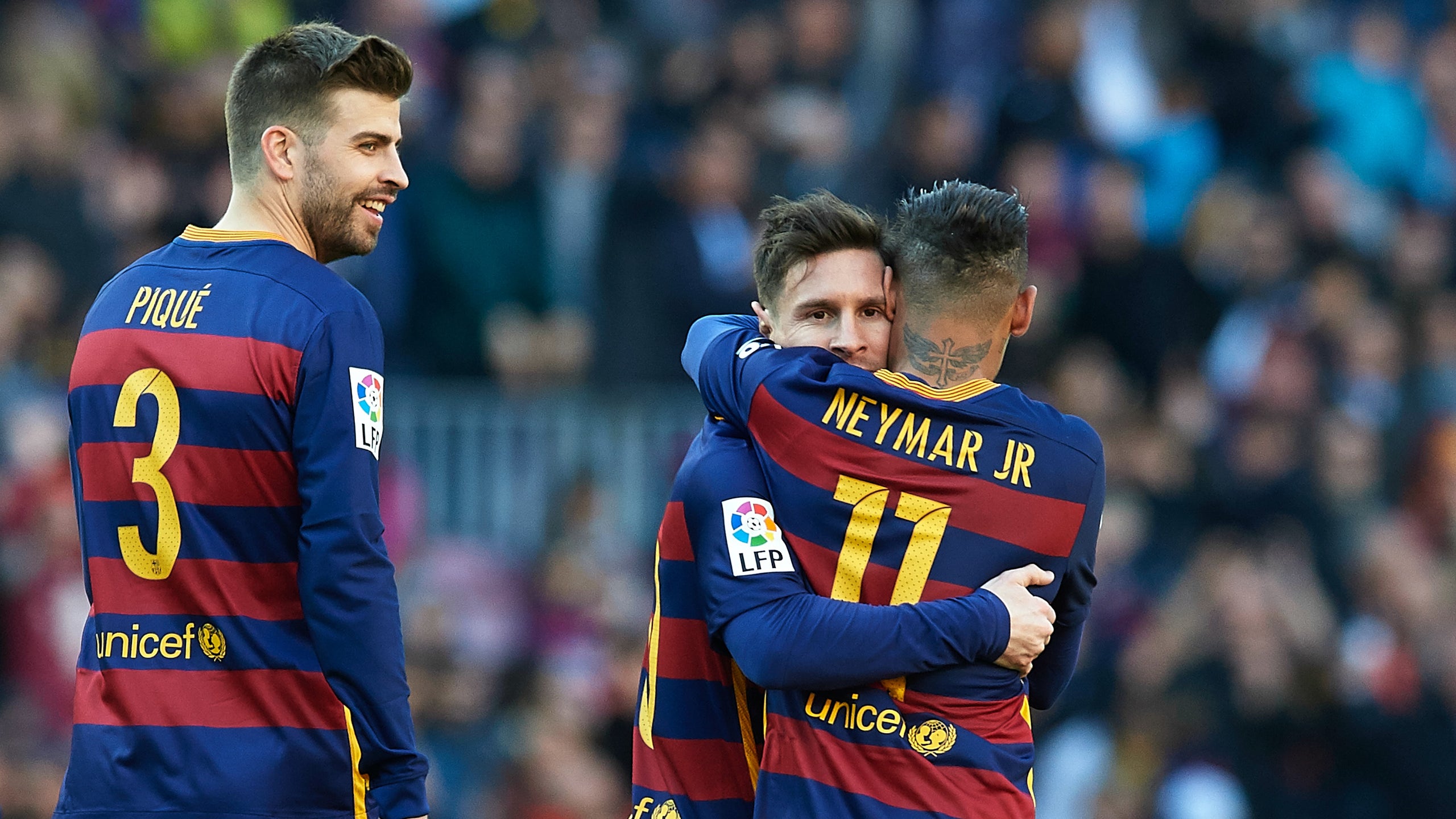 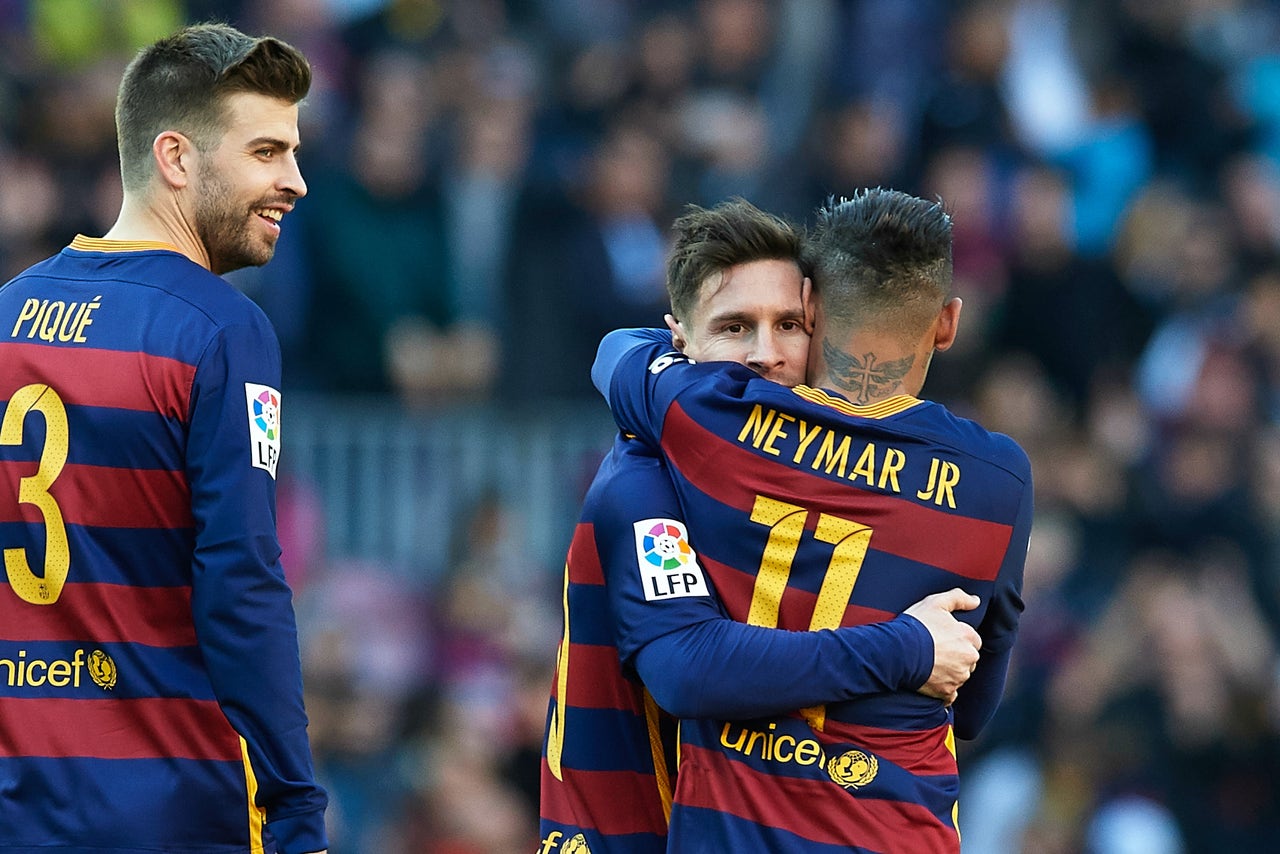 Lionel Messi scored one goal and figured in four more to keep Barcelona on course to retaining its Spanish league title with a 6-0 rout of Getafe on Saturday, increasing its Spanish record to 37 games without a loss in all competitions.

The only blemish on Messi's superb display was a missed penalty in the first half.

Otherwise, the Argentina forward led a dominant performance that suggests problems for Arsenal as the London club bids to overturn a 2-0 loss in their Champions League round-of-16 second leg on Wednesday.

Barcelona never looked back after an opening own-goal by Getafe's Juan Rodriguez.

Messi made up for his missed spot kick by scoring to make it 4-0 before halftime while also assisting Neymar for two goals and Munir El Haddadi on another.

"We are in a favorable position," said Barcelona manager Luis Enrique. "When we are in-sync and quick to circulate the ball, it's tough to stop us. This team is one-of-a-kind, different from the rest. It makes winning like this look easy."

Third-place Real Madrid will trail Barcelona by 15 points when it visits Las Palmas on Sunday.

Also Saturday, Iago Aspas scored with a brilliant chipped shot to give Celta Vigo a 1-0 win over Real Sociedad and go provisionally fifth.

Barcelona got its 12th straight league win without striker Luis Suarez, kept on the bench by Luis Enrique ahead of Wednesday's match.

What little fight Getafe had at the start was sucked right out of the struggling side in the eighth minute when Messi played Jordi Alba wide, and his return pass intended for Messi was turned into Getafe's goal by Rodriguez.

Andres Iniesta's playmaking kept the action entirely in Getafe's half, and Messi's apparently off-target shot from Iniesta's pass became a perfect cross for El Haddadi to head home in the 19th.

"We didn't have a chance," said Getafe coach Fran Escriba, whose team hasn't won in nine rounds. "The game was lost from 2-0."

Guaita did well to push Gerard Pique's effort from another pass by Iniesta off his bar, but he could do nothing to stop Neymar's curling strike when Messi played him clear with a pass in the 32nd.

Messi then got his 22nd league goal of the season when he was given time outside the top of the box and struck a left-footed shot beyond the reach of Guaita four minutes before the break.

Messi picked right back up after the restart with a pass for Neymar to beat Guaita again in the 51st in the Brazilian's 20th league goal of the campaign.

Arda Turan polished off the lopsided victory with a bicycle kick from close range after a corner in the 57th.

In Vigo, Aspas used one touch to expertly control Manuel "Nolito" Agudo's long pass before a second poke of his left boot lifted the ball over goalkeeper Geronimo Rulli for the 16th-minute winner.