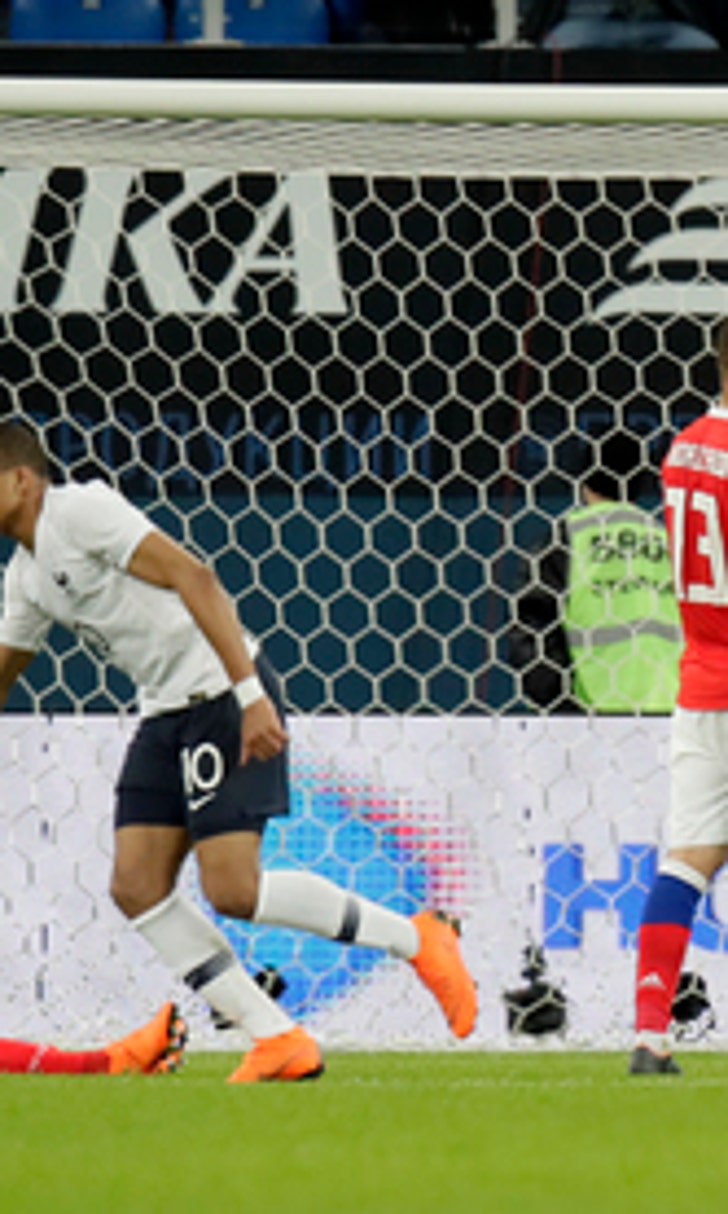 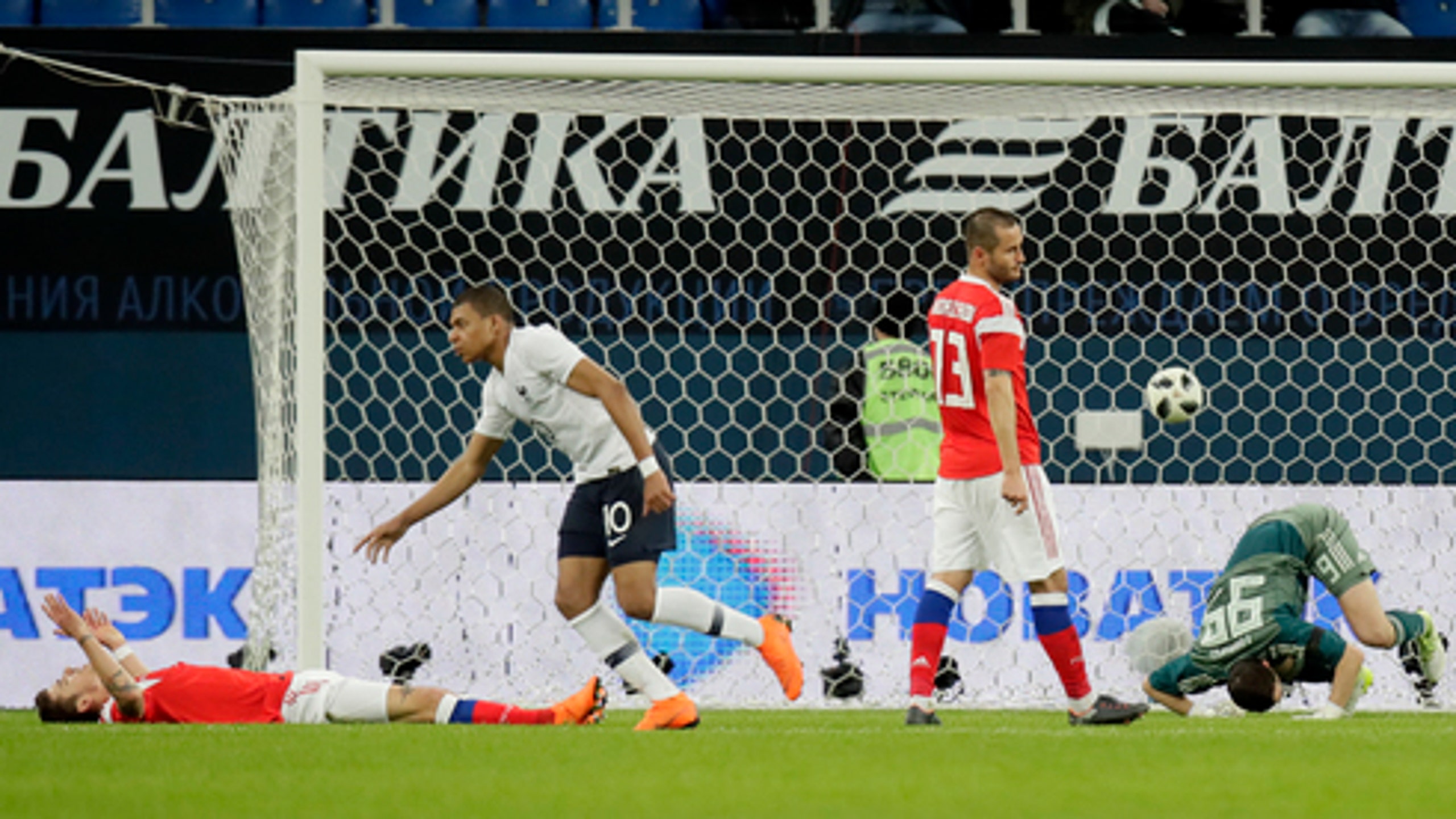 The French visitors dominated a Russian team weakened by injuries and Mbappe scored the opener in the 40th minute, leaving defender Roman Neustaedter stranded before shooting calmly past Andrei Lunyov in the Russian goal.

Pogba curled a free kick over the wall and into the bottom-left corner for France's second in the 49th.

Russia hit back in the 68th when Fyodor Smolov tapped home a deep cross from substitute right-back Igor Smolnikov - a rare moment of class from Russia - but Mbappe scored again 15 minutes later to illustrate the gulf between the teams.

For the French, it was a welcome recovery after last week's 3-2 loss to Colombia, which ended their seven-game winning run.

The French could have scored more, particularly Anthony Martial, who failed to convert good chances in the first half, while defender Vladimir Granat missed an open goal for Russia at a corner.

Playing in black armbands to mourn the 64 people killed in a fire Sunday in the Siberian city of Kemerovo, Russia continued to struggle ahead of the World Cup.

Since the start of 2016, the Russians have played 13 times against teams who will be at the World Cup this summer. They won just once, against South Korea, drew five games and lost seven.

With two and a half months until Russia opens the World Cup against Saudi Arabia in Moscow, the team has not won any of its last five games. It has taken a series of injury blows this year, with defenders Georgy Dzhikiya and Viktor Vasin, as well as forward Alexander Kokorin, all unlikely to return in time for the World Cup.

Paris SG
share story
those were the latest stories
Want to see more?
View All Stories
Fox Sports™ and © 2021 Fox Media LLC and Fox Sports Interactive Media, LLC. All rights reserved. Use of this website (including any and all parts and components) constitutes your acceptance of these Terms of Use and Updated Privacy Policy. Advertising Choices. Do Not Sell my Personal Info