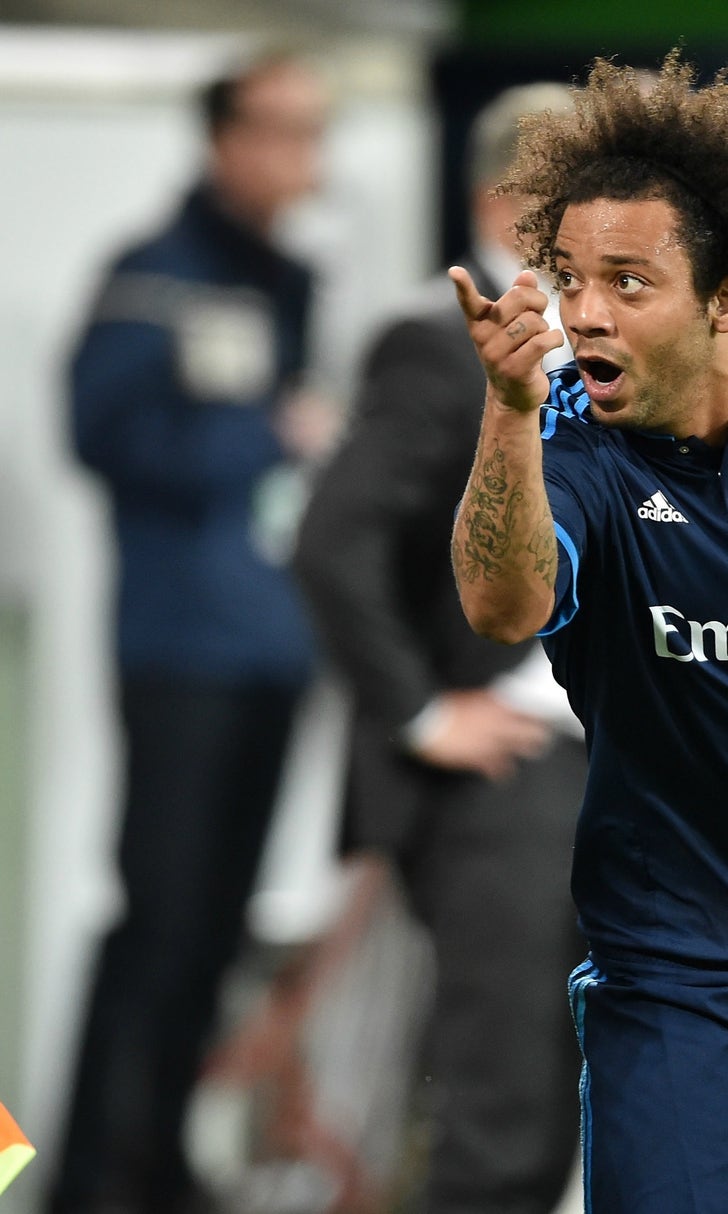 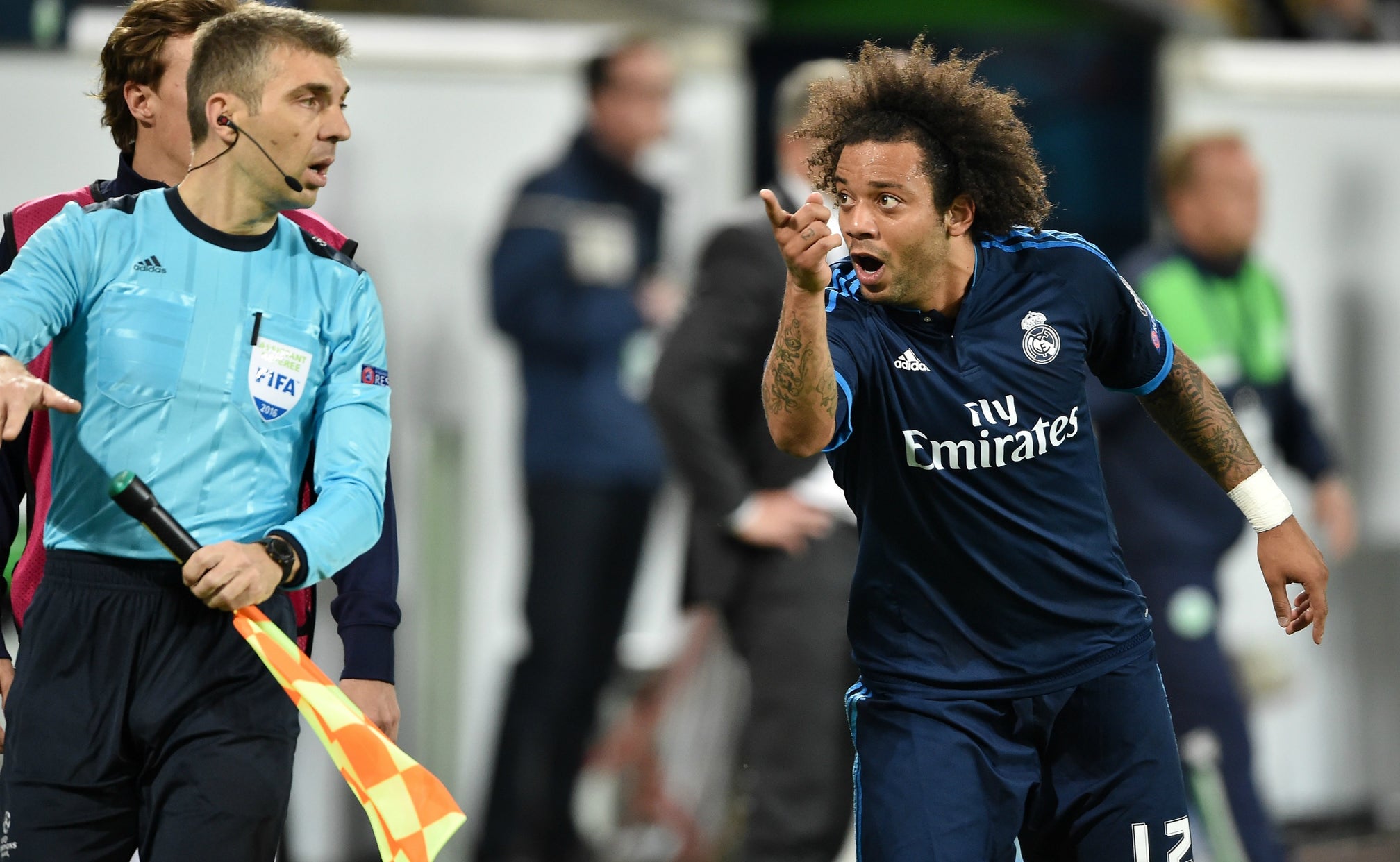 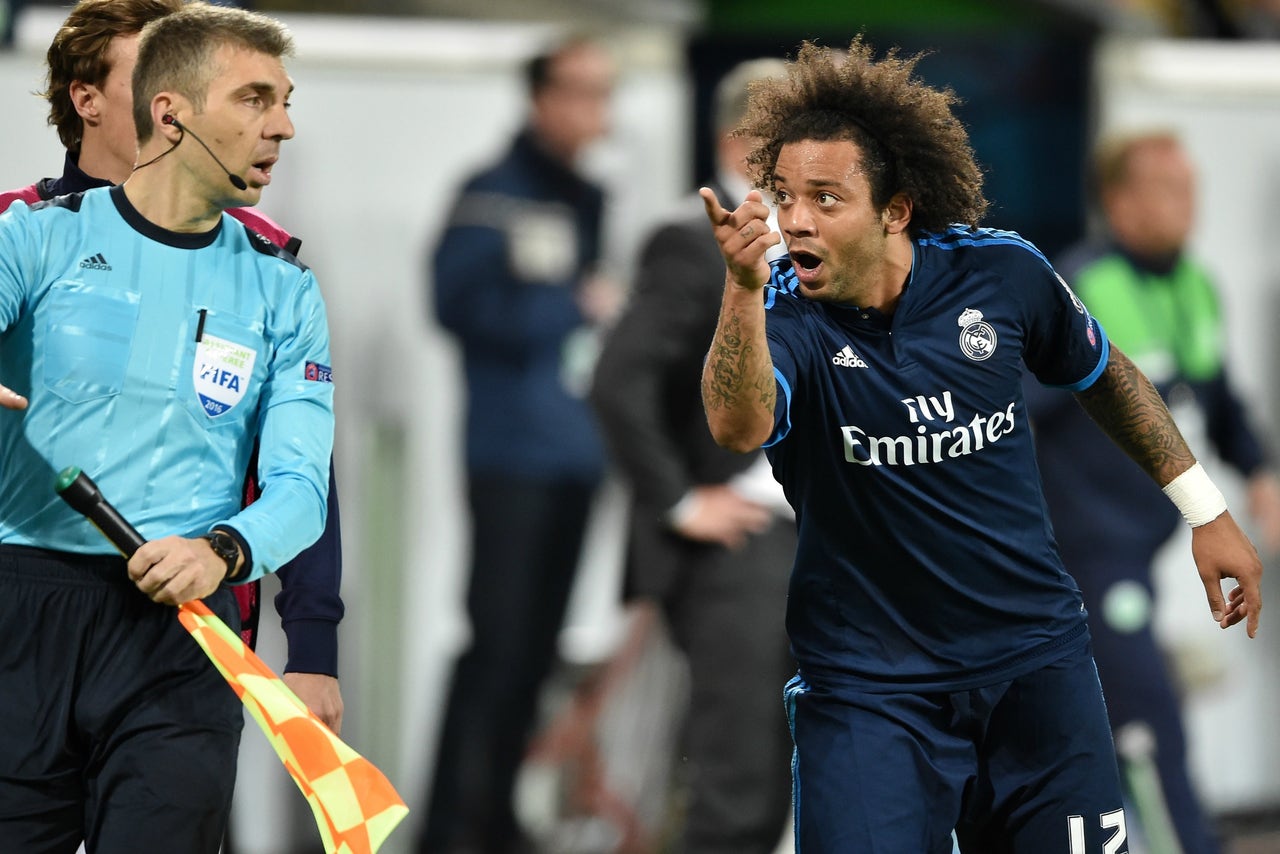 Real Madrid had an all-around bad day at the office on Wednesday. So bad that Marcelo went to great (and shameful) lengths just to get a call in their favor.

Los Blancos, fresh off a 2-1 La Liga victory over Barcelona at the weekend, may have been afflicted with what we would call a "Clasico hangover" when they traveled to face Wolfsburg in the first leg of the Champions League quarterfinals.

Sitting in eighth place in the Bundesliga and reeling from a three-match losing run, few would have picked the Germans to come out on top. But they did. 2-0, in fact, and rather convincingly, despite the deceiving scoreline.

So, Marcelo, being Marcelo, took one of the more creative dives with goalscorer Max Arnold looking on.

Hoo boy. Congratulations, Marcelo. You've just tossed your name into the hat for this year's Fallon d'Floor award with that leap. 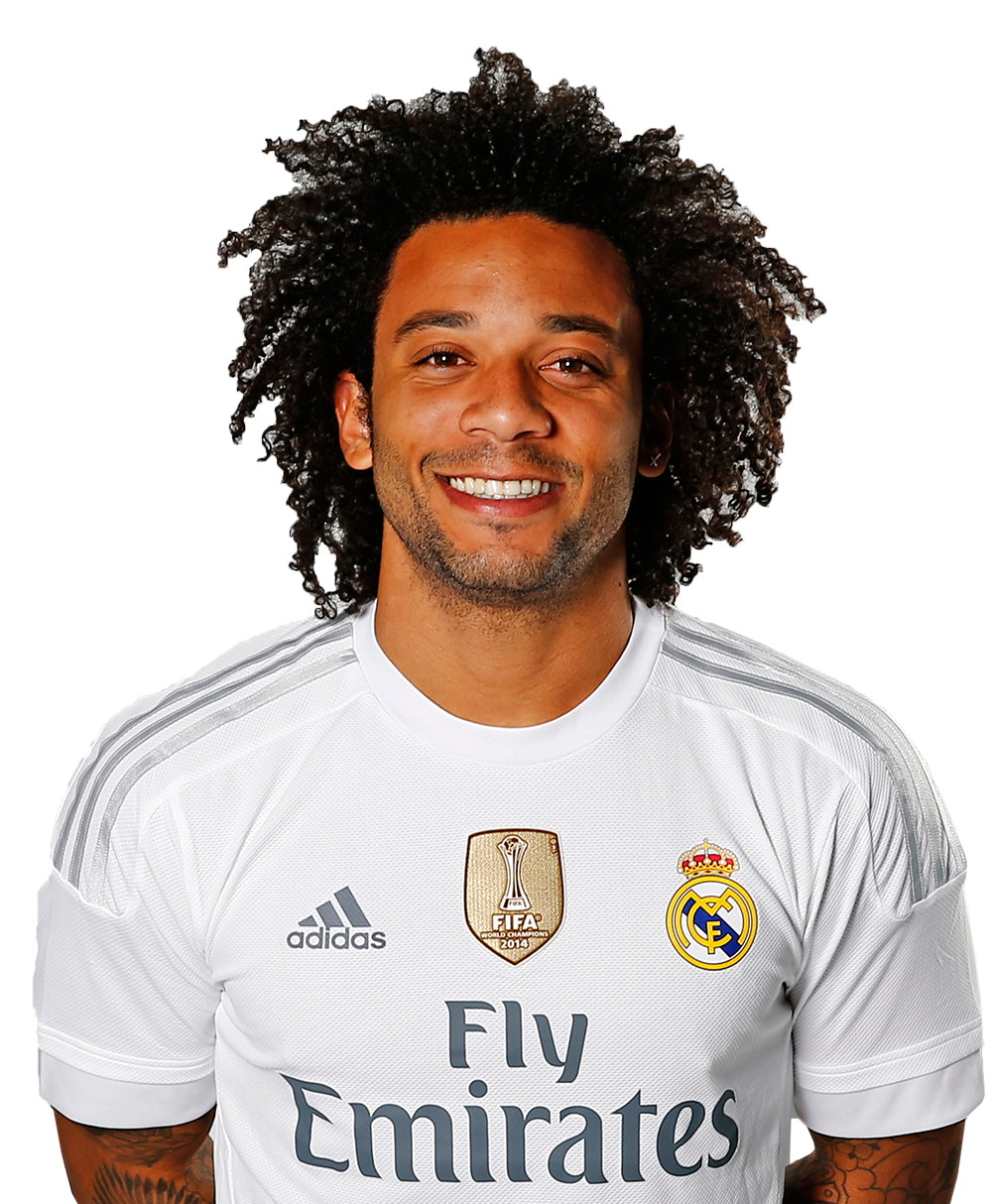