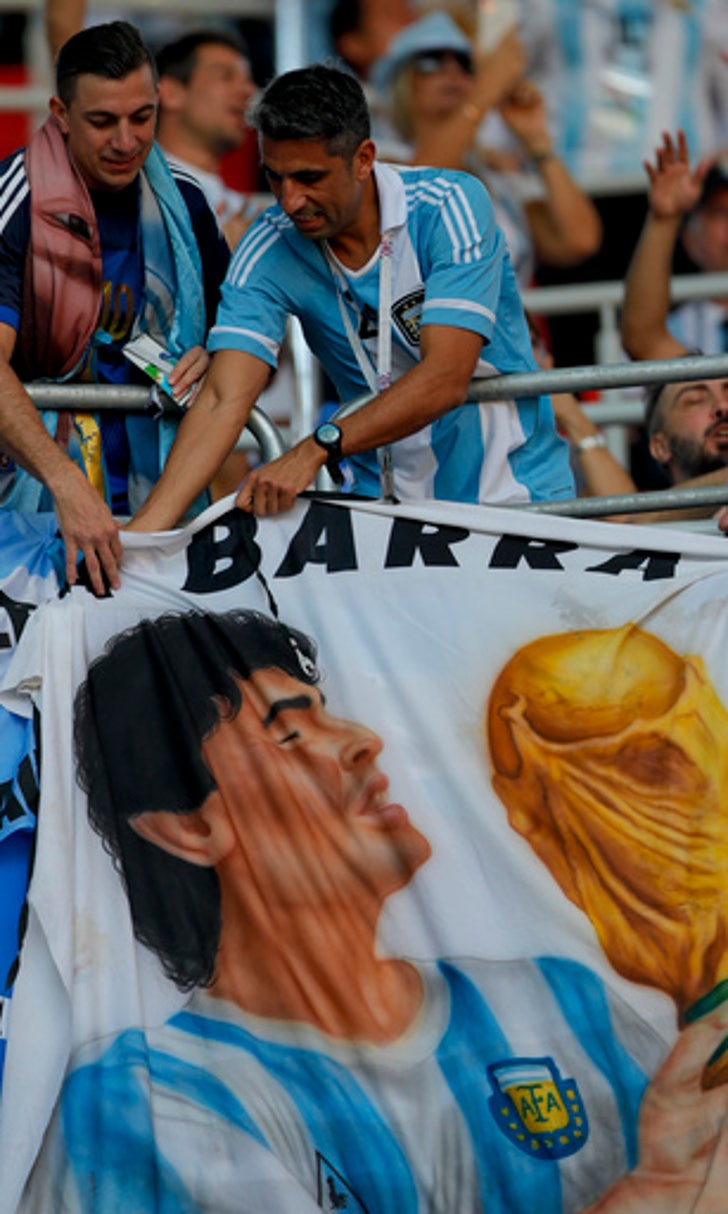 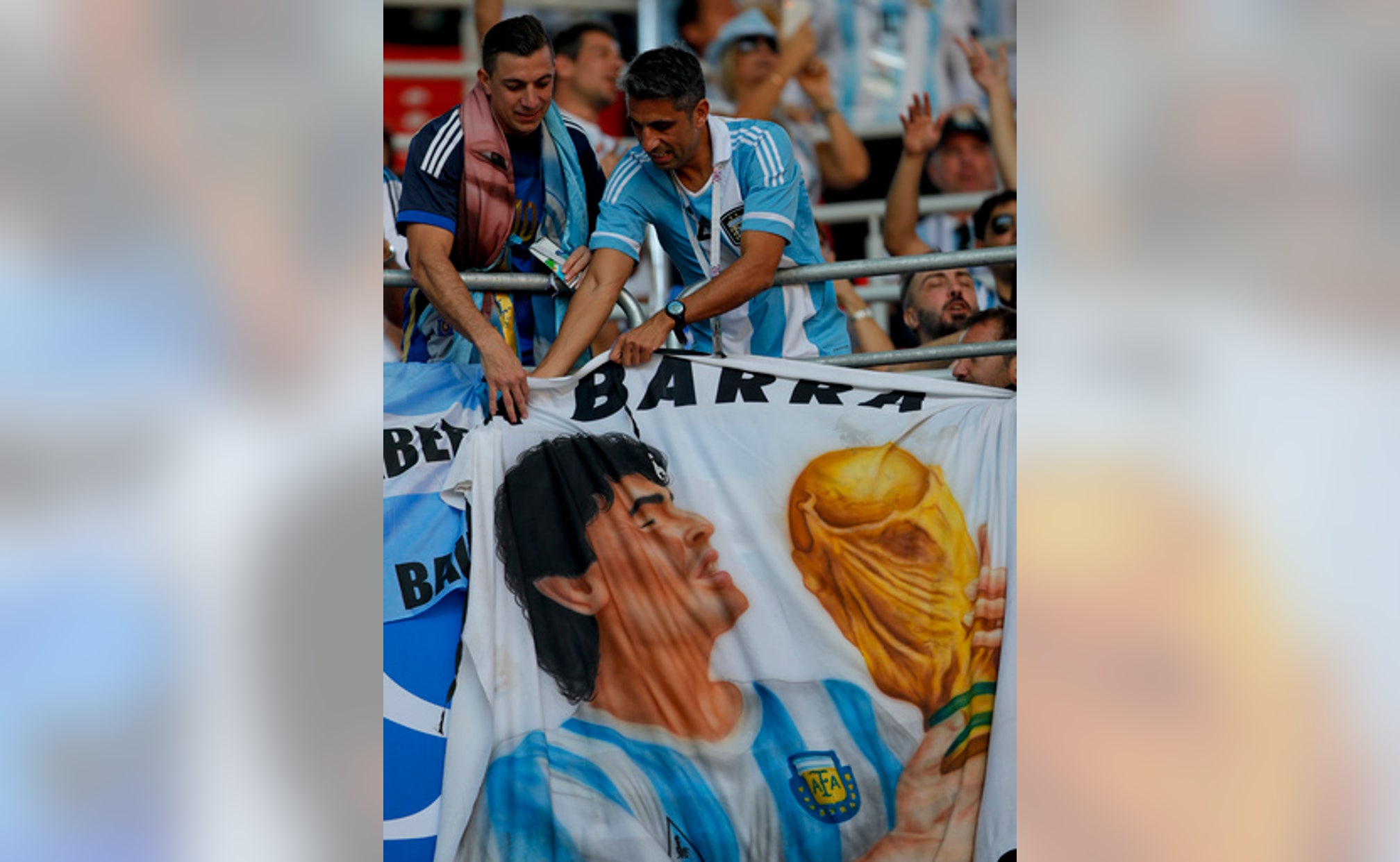 Maradona responds to report of racist gesture to Asian fan

MOSCOW (AP) Diego Maradona has given his version of an exchange with an Asian fan at a World Cup game in Moscow that witnesses perceived as racist.

Maradona ''obliged with a smile, kiss and wave. Then pulled his eyes to the side in a clearly racist gesture," broadcaster Jacqui Oatley posted on Twitter . A second British broadcaster wrote she also saw the incident.

The Argentina great is an official FIFA ambassador and attended the game in a VIP section as part of a group of former players branded as ''FIFA Legends.''

On Maradona's Facebook account , a message was posted early Sunday in Spanish, English and Italian seeking to explain the incident, which seemed to break FIFA anti-discrimination rules.

''I understand better than anyone that in the World Cup people are looking for news everywhere,'' Maradona wrote, adding that he saw ''an Asian boy wearing an Argentina T-shirt.''

''I, from afar, tried to tell them how nice it seemed to me that even the Asians cheer for us. And that's all, guys, come on.''

FIFA statutes prohibit acts of discrimination by teams, officials and fans at games it organizes.

In a response to The Associated Press, FIFA referred to its rules without commenting on the incident, and included a link to Maradona's Facebook page.

A similar gesture last year in a game against South Korea led to a Colombia player being banned by FIFA for five friendly games.

Edwin Cardona later apologized for the gesture during the game in Seoul, and was also fined 20,000 Swiss francs ($20,050) by FIFA. Cardona was not selected for the World Cup.

In Major League Baseball's World Series last year, Yuli Gurriel of the Houston Astros made a similar gesture toward Japanese pitcher Yu Darvish, then pitching for the Dodgers. Gurriel apologized and was suspended for the first five games of this season.

Maradona also apologized on Facebook for smoking a cigar Saturday, despite a FIFA ban on smoking at World Cup stadiums.

''Everyone has their way of feeling things,'' he wrote, citing tension at the game. ''I honestly did not know that no one can smoke in the stadiums.''

Iceland
share story
those were the latest stories
Want to see more?
View All Stories
Fox Sports™ and © 2020 Fox Media LLC and Fox Sports Interactive Media, LLC. All rights reserved. Use of this website (including any and all parts and components) constitutes your acceptance of these Terms of Use and Updated Privacy Policy. Advertising Choices. Do Not Sell my Personal Info