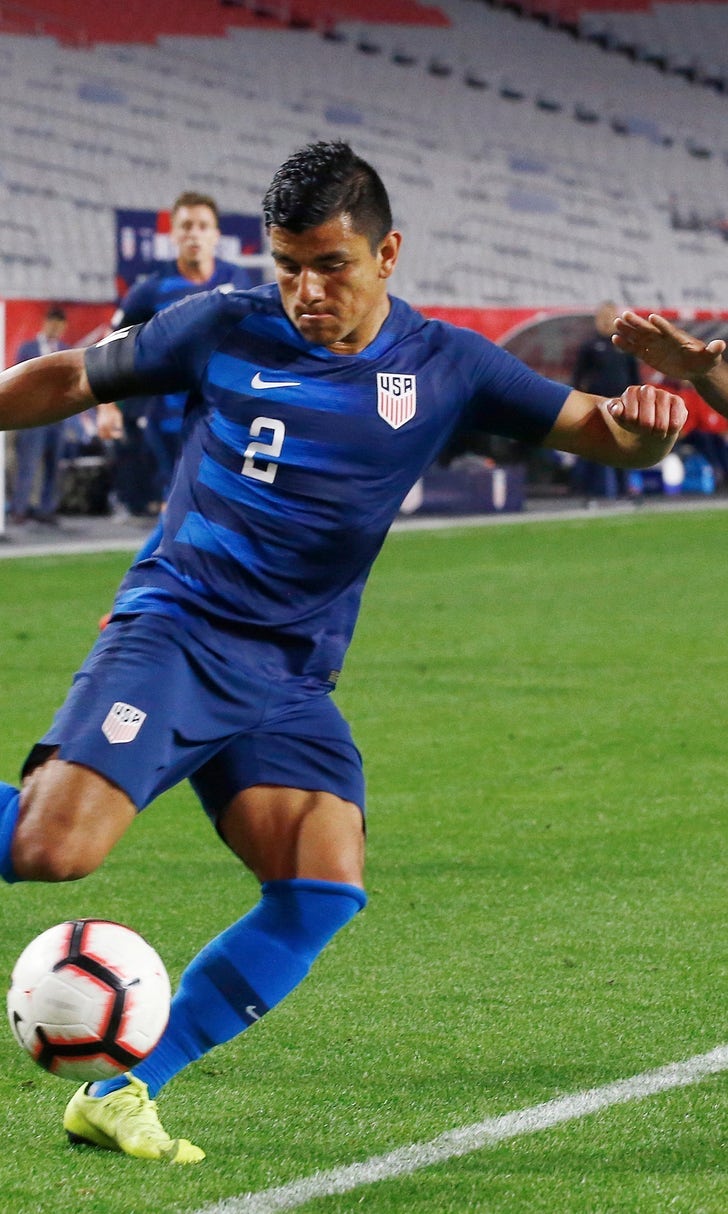 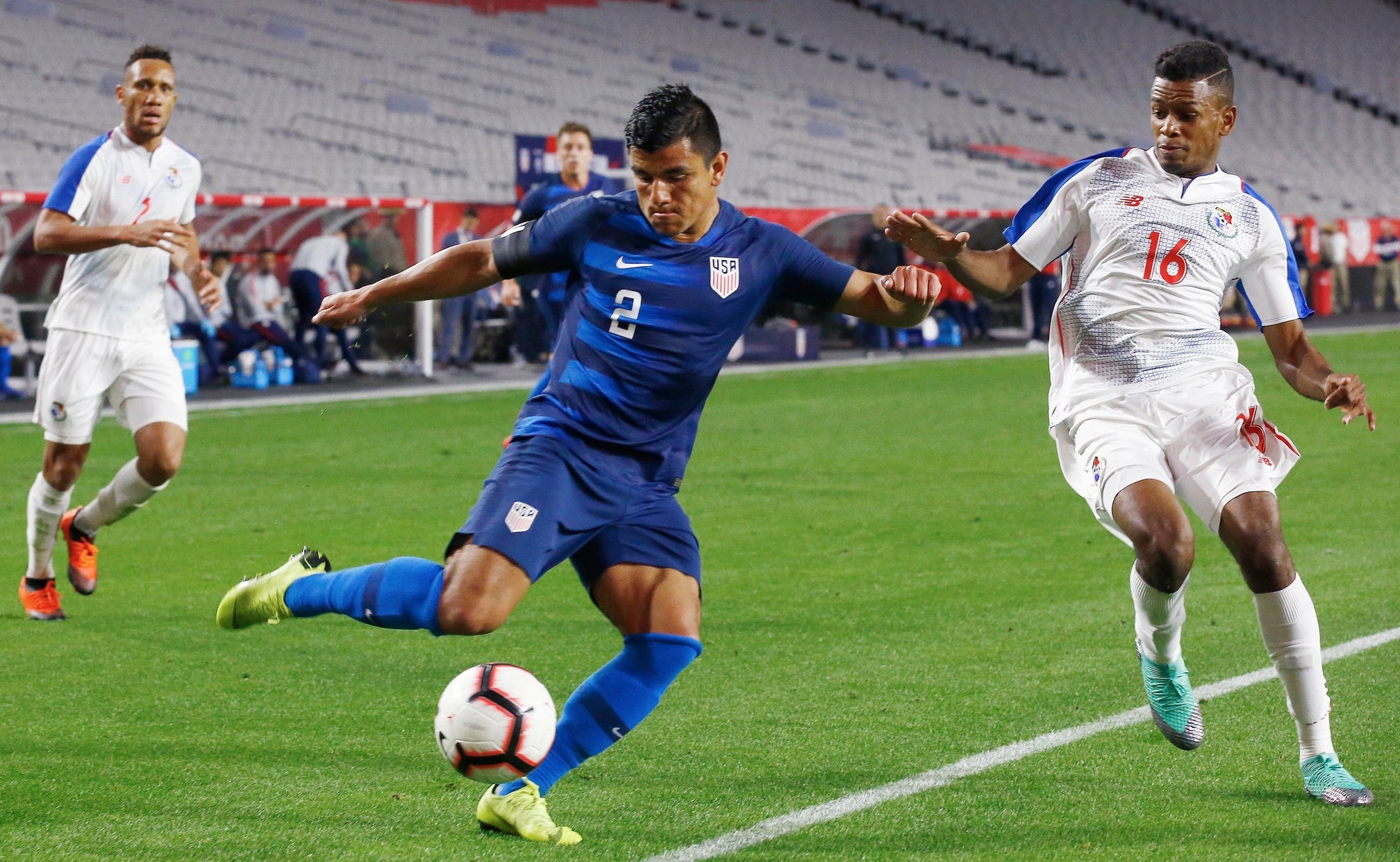 Lima looks to build off strong debut with US national team

SAN JOSE, Calif. (AP) — Nick Lima made the most of his opportunity when he was given the chance to make his U.S. national team debut in a new system under new coach Gregg Berhalter.

He fared well in a role that asks him to play a combination of right back and as a defensive midfielder and looks to build on that Saturday when the Americans complete their start-of-year camp with a game against Costa Rica at Avaya Stadium.

"The first dream when I was a little kid was playing for the national team and then in the World Cup," Lima said this week. "That was the biggest one I set for myself. Everything else is a day-to-day focus, following each goal you set every day. ... Being here is something you dream of and a dream I continue having."

His debut went according to script. After watching as a reserve a year ago when he got his first call-up to the national team, Lima made his first international appearance on Sunday in a 3-0 win over Panama in Glendale, Arizona.

Lima started at right back as Berhalter seeks depth behind DeAndre Yedlin, who is not at this camp while playing for Newcastle.

That position under Berhalter is different than the one Lima plays for Major League Soccer's San Jose Earthquakes. Lima's club uses him more as a traditional fullback who stays out wide rather than moving more to the inside at times in a midfield role.

But Lima knows he must make the adjustment if he wants to keep getting chances on the national team.

"It was different. But I think there were moments in the game that allowed me to be myself and do what I was used to," he said. "It's a new system. Gregg wants to play a certain style. It takes more than what we have here, just under four weeks, to get used to it. ... You do what you can to get on the field. To get an opportunity like that, I'm not going to shy away from it. I'm going to go out and give it my best."

Lima fared well, creating a scoring chance early and then delivering his biggest play late in the victory. He made a key tackle near midfield and then quickly attacked. He found Walker Zimmerman with a cross for a goal in the 80th minute and earned was picked as the man of the match.

"I thought Nick was fantastic," midfielder Corey Baird said. "Over the last three weeks, he has really grown into that position. At the beginning, maybe he wasn't 100 percent confident there. But you can see his confidence now. He really showed how much he's learned, how much he's grown even though it's just been three weeks."

It's been an impressive rise for Lima, who signed a homegrown contract with the Earthquakes after his college career at California and played 22 games as a rookie in 2017 while being hampered by injuries. He took on a bigger role last season, when he started every MLS match and had a team-high 3,049 minutes.

That helped earn him the invite to Berhalter's first camp and a debut with the national team.

With many of the team's former stalwarts playing in Europe, Lima and Baird were among the record-tying five players who made their debuts as starters for the U.S. national team in the win over Panama. They joined by Daniel Lovitz, Djordje Mihailovic and Jeremy Ebobisse.

It was the most Americans to make their starting debuts for the U.S. since future World Cup players Mike Burns, Brad Friedel, Cobi Jones, Mike Lapper and Joe-Max Moore did it against Canada in 1992.

Seeing the newcomers perform well early is exciting to Berhalter, who was hired in December with the task of revitalizing a program still recovering from missing last year's World Cup.

"It's exciting to imagine where this group can go in four years' time," Berhalter said. "Our job as a coaching staff is to clearly lay out our plan and be able to train and communicate in a way where the players have a shared vision."

United States
share story
those were the latest stories
Want to see more?
View All Stories
Fox Sports™ and © 2021 Fox Media LLC and Fox Sports Interactive Media, LLC. All rights reserved. Use of this website (including any and all parts and components) constitutes your acceptance of these Terms of Use and Updated Privacy Policy. Advertising Choices. Do Not Sell my Personal Info