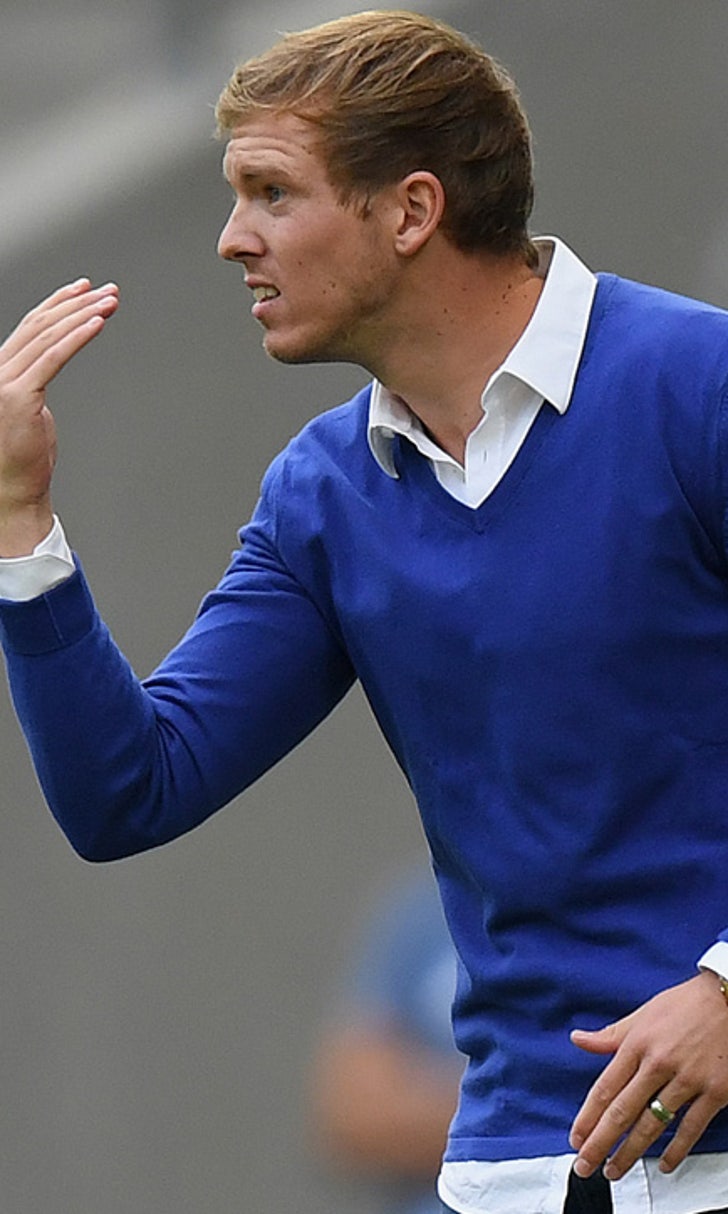 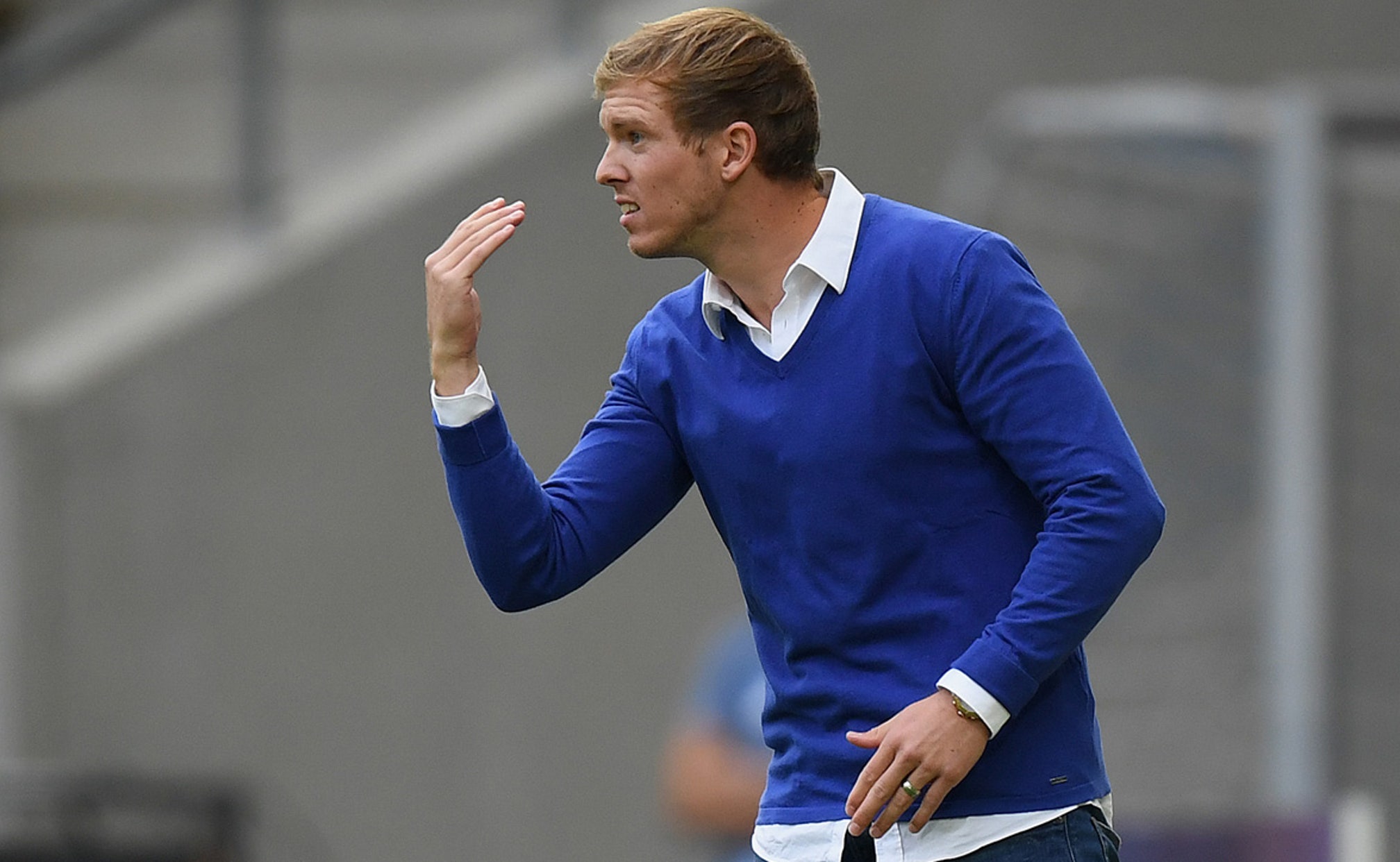 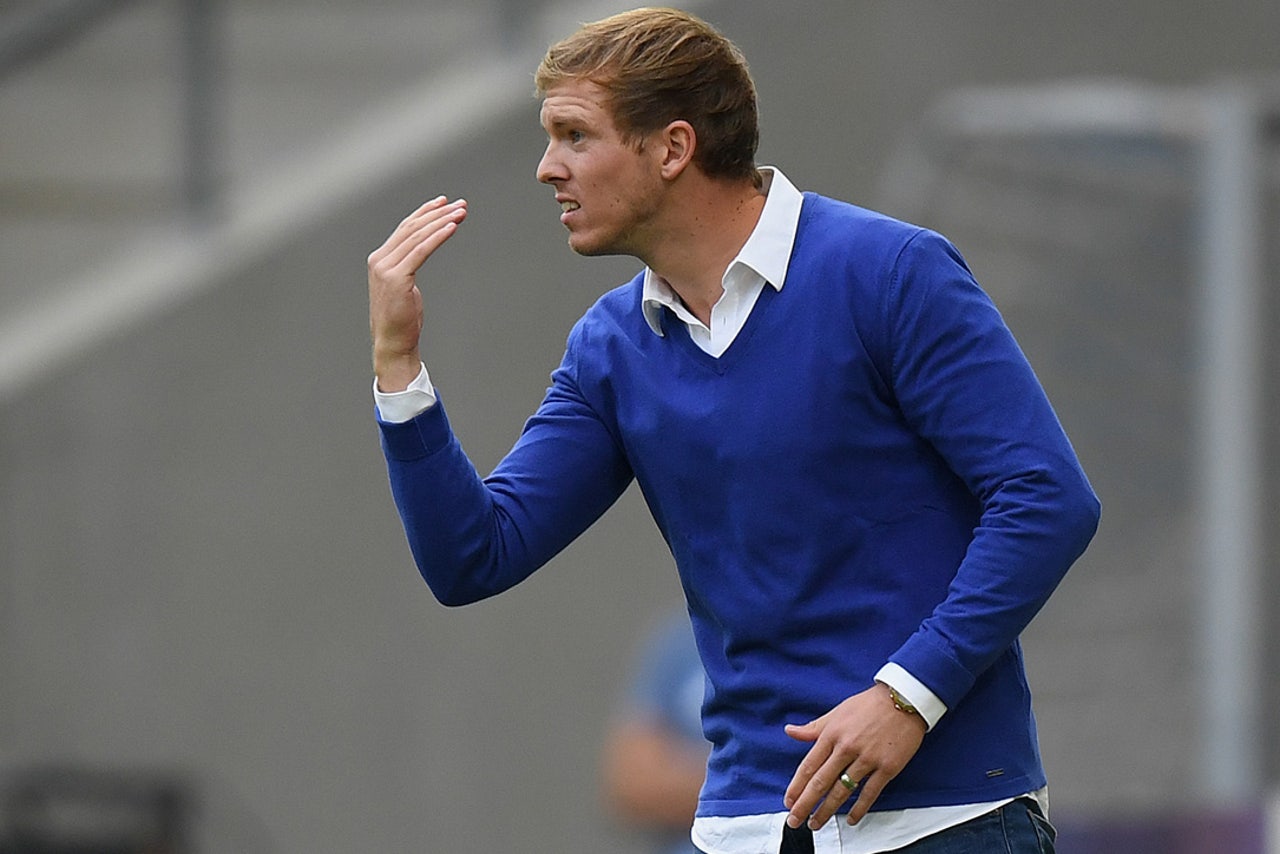 Among the surprise sides in the chasing pack behind Bayern Munich in the Bundesliga, one team stands out. Last season, Hoffenheim was in a relegation battle and in February appointed Julian Nagelsmann, a 28-year-old promoted from the Under-19s, to get it out of trouble. Nagelsmann changed the system and won five of his first nine games, ensuring survival with two games to spare.

This season has started in similar vein, and Hoffenheim’s 3-0 win at Bayer Leverkusen–whose task was made trickier when Kevin Volland was dismissed after just six minutes–pushed the club provisionally into third place (until RB Leipzig’s win knocked it into fourth). It came with some controversy, as Leverkusen coach Roger Schmidt was sent off for swearing at his opposite number during the match.

“Football is emotional, this is no big deal, the topic is over for me,” said Nagelsmann, now 29, after the game. 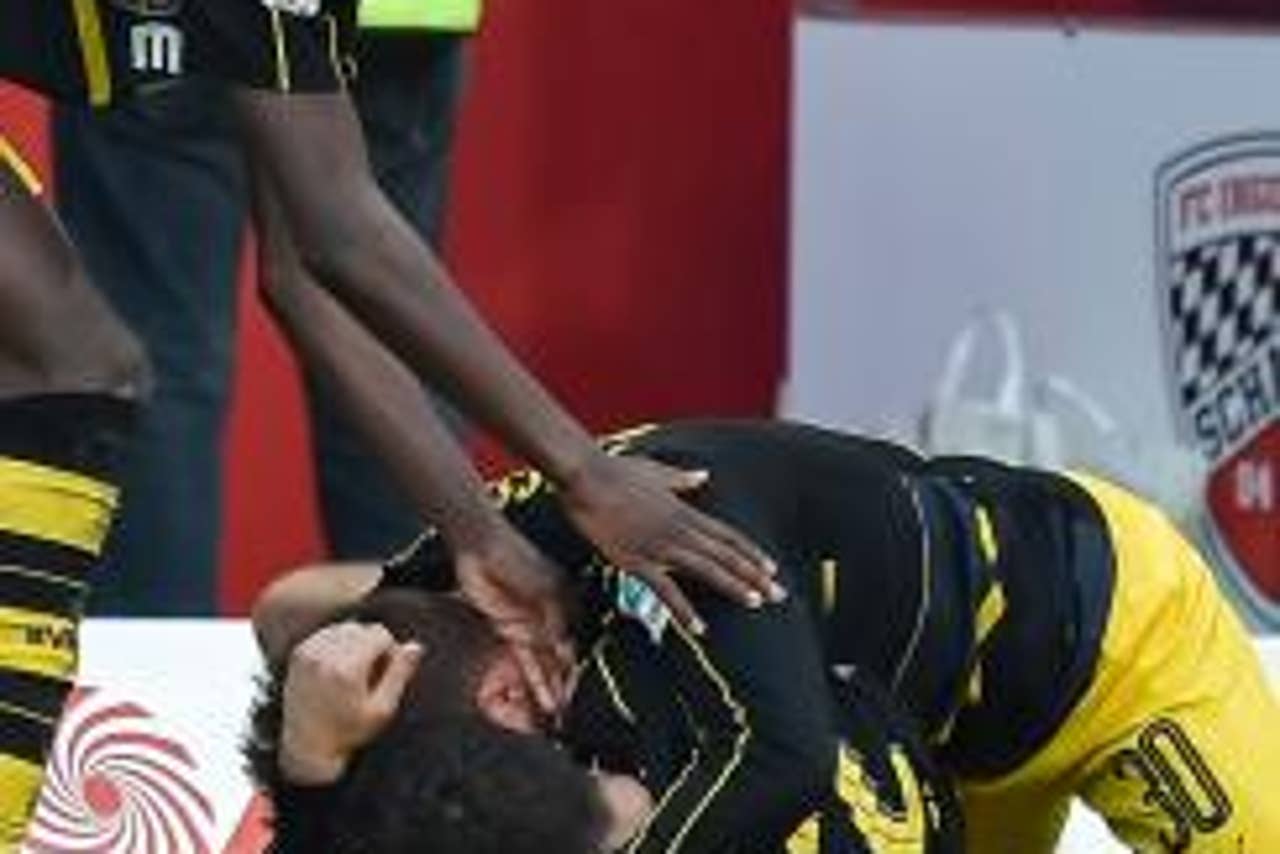 Nagelsmann uses drones in training sessions and develops his own data to track how many players are in front of the ball at any one time. He worked under current Dortmund boss Thomas Tuchel at FC Augsburg and has returned Hoffenheim to the high-pressing intensity it played with success under former coach Ralf Rangnick.

Last week Hoffenheim owner Dietmar Hopp, 76, said that he wanted Nagelsmann to stay in charge for as long as he lived.

“He’s so good that I wonder if we can keep him,” he said.

Hopp’s decision to appoint him, despite his age, has certainly paid off, and it could be a lesson heeded by clubs in England, for whom coaching appointments tend to focus on experience in the top flight rather than potential.