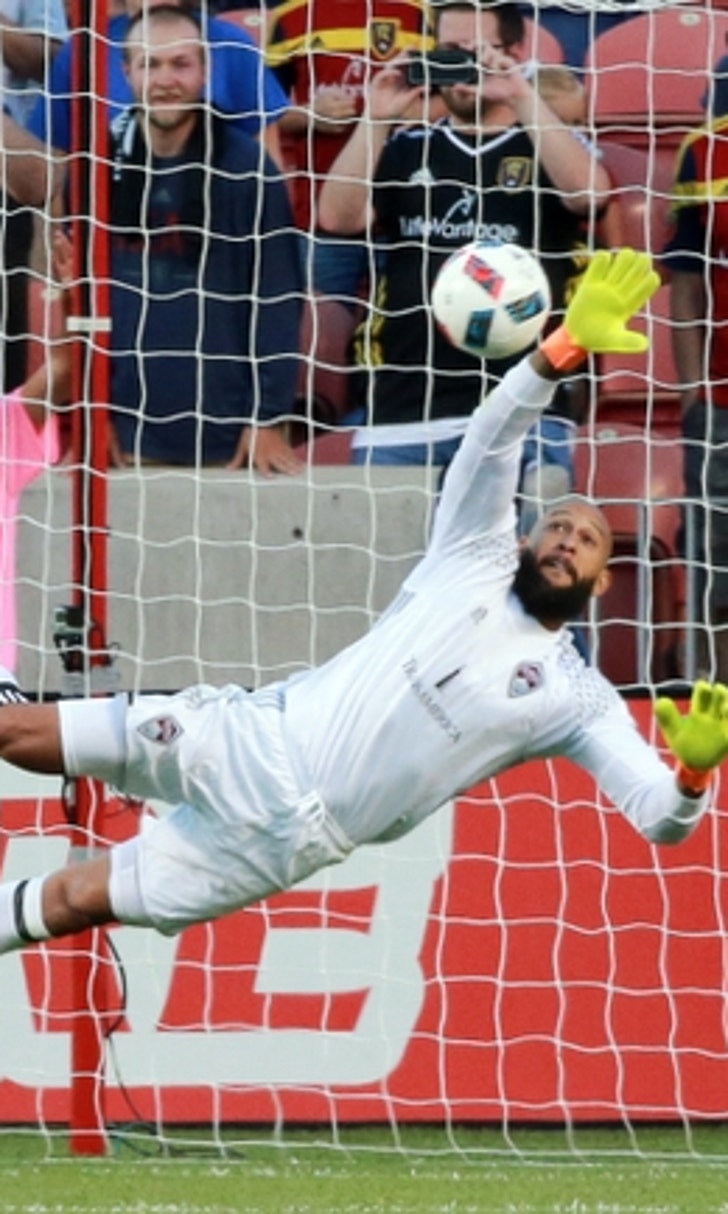 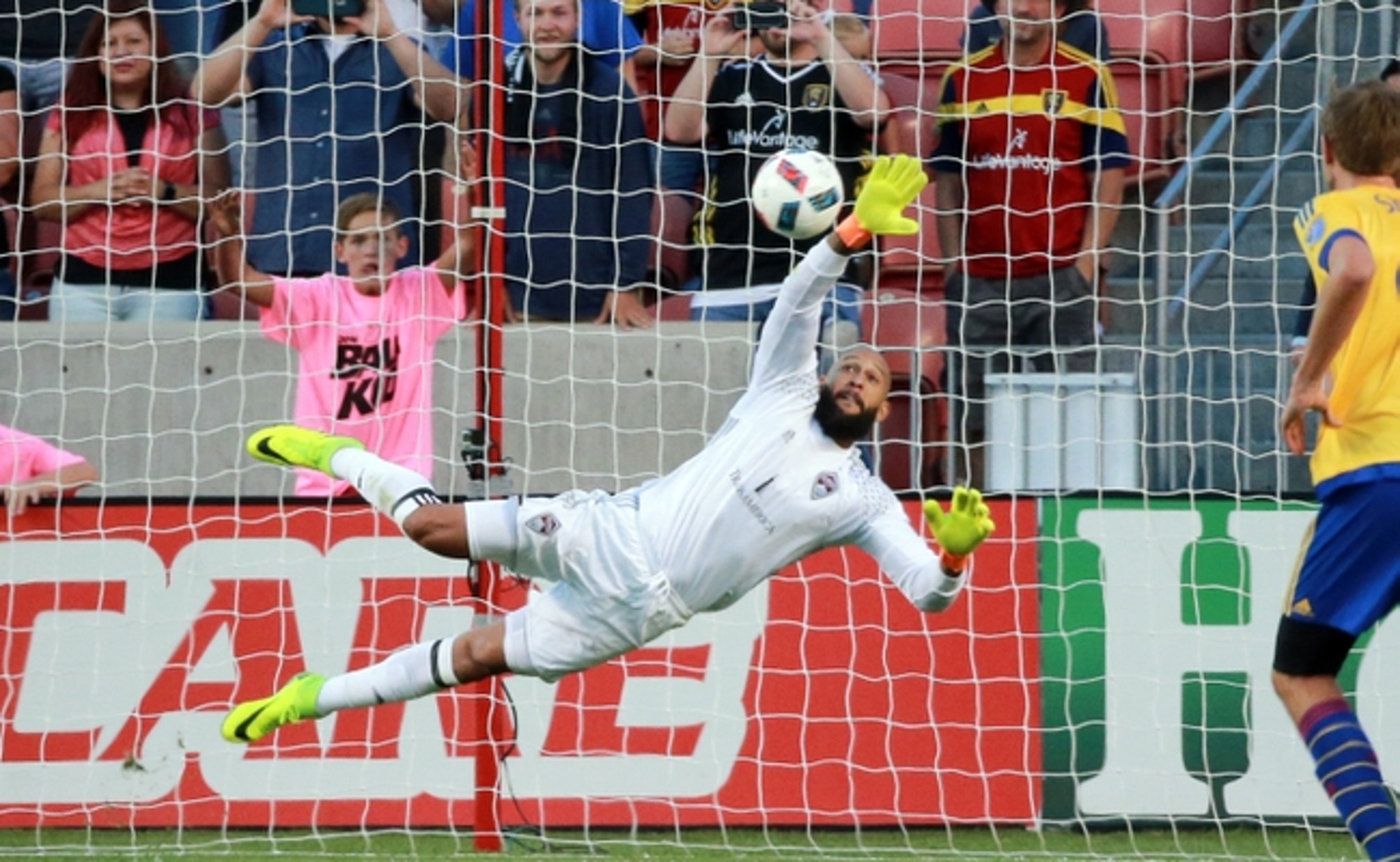 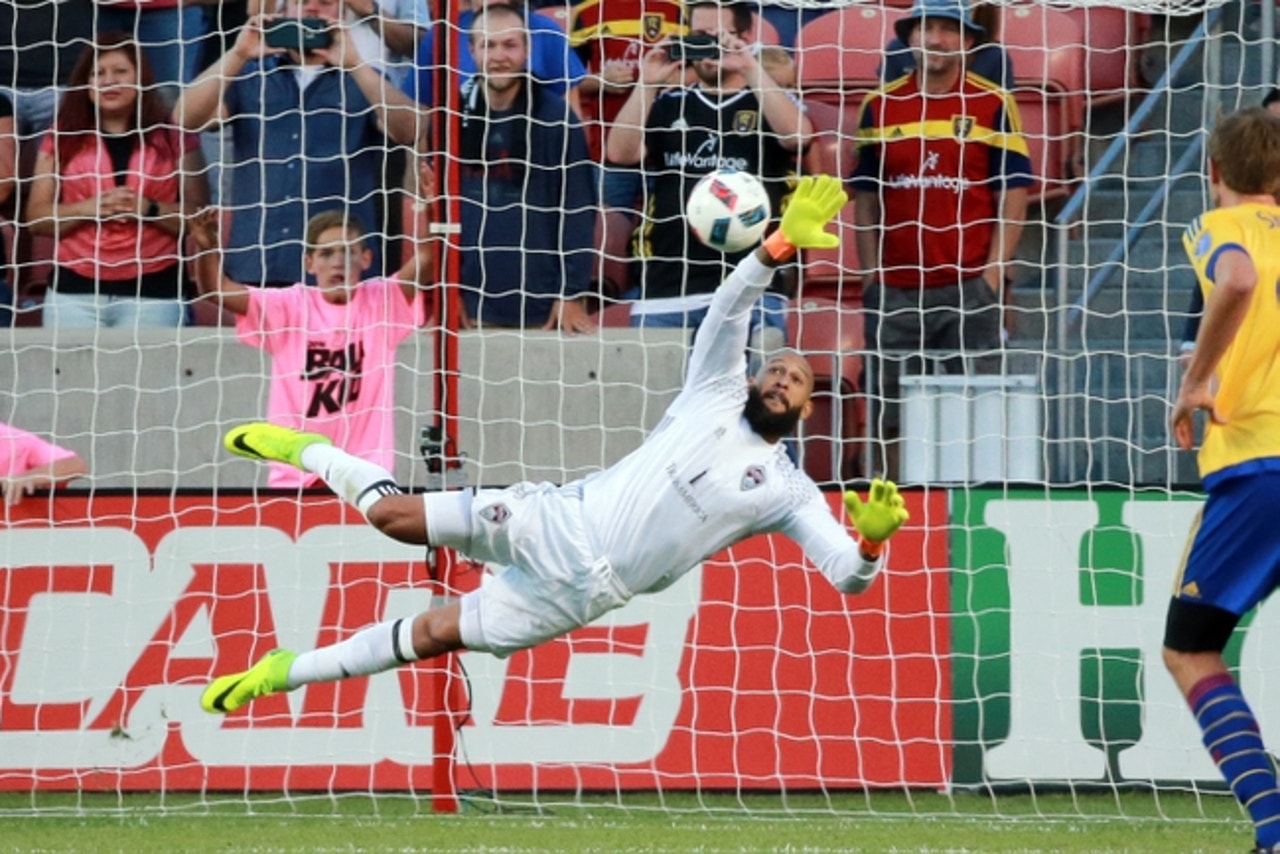 Since his return to Major League Soccer this summer, Tim Howard has been great in goal for the Colorado Rapids and has recorded six clean sheets.

In one of the biggest moves of the summer transfer window, the Colorado Rapids acquired Tim Howard from Everton. The goalkeepers return to Major League Soccer after more than a decade in England. The United States international has enjoyed a fair share of success since coming bak stateside.

Even at 37-years old, Howard has easily become one of the best keepers in MLS since his $600,000 move this summer. The Rapids were already having a great season before they acquired Tim but since his arrival, he has made Colorado into a legit contender for the MLS Cup this season. As the third oldest player in the league, he still has three more years left on his contract this he signed this summer.

Howard will be making $2.5-2.8 million (Spotrac.com) throughout the life of his designated player contract which makes him the highest paid goalkeeper in Major League Soccer. He is also the only designated player at the position. Although his salary may seem outrageous for a player at his age and at his position, the stats clearly back up his play for the Rapids this season.

Most Clean Sheets Since Return

His first game against the defending champion Portland Timbers was a clean sheet draw at home. That match was a great sign of things to come from one of the best goalkeepers that the USMNT has ever seen. He has also recorded two straight clean sheets against league leading, FC Dallas, and the San Jose Earthquakes.

Howard is currently tied for sixth in the lead for clean sheets on the season with players who played well over 20 games ahead of him. Luis Robles leads the league with nine this season but with Tim’s current form, he could catch him by the end of the year.

In his 11 games since returning, the New Jersey native has allowed a league low 11 goals. The San Jose Earthquakes are the only team that can match that mark as they have only allowed 11 goals in 12 games since Week 17. Howard may have gotten a lot of criticism for his play for Everton this past season but since his return to MLS, he has been outstanding.

Since Howard’s arrival, the Colorado Rapids are only 3W-2L-6D in his 11 appearances but three of those draws were scoreless. If his team’s offense was able to find a breakthrough in a few of those matches, they could easily have six wins. Tim did his job by keeping the clean sheet in those matches but the Rapid’s offense were also blanked and not able to get a game winning goal.

The Rapids are currently tied with Toronto FC for the third best team in Major League Soccer with 47 points this season. FC Dallas and the LA Galaxy are the only clubs ahead of Colorado but that could change as they are only a few points back of Dallas and only one back of Los Angeles. They are also one of only two teams this year that have yet lose a home game in 2016 with a 9W-0L-5D record at Dick’s Sporting Goods Park.

It has long been known that Tim Howard is the best goalkeeper for the United States Men’s National Team but he may now be the best in MLS. The statistics back up the argument and if he continues his superb form, it won’t be a question for much longer. It will be interesting to see if the 6’3 goalkeeper can keep up his play for the remainder of the 2016 season.