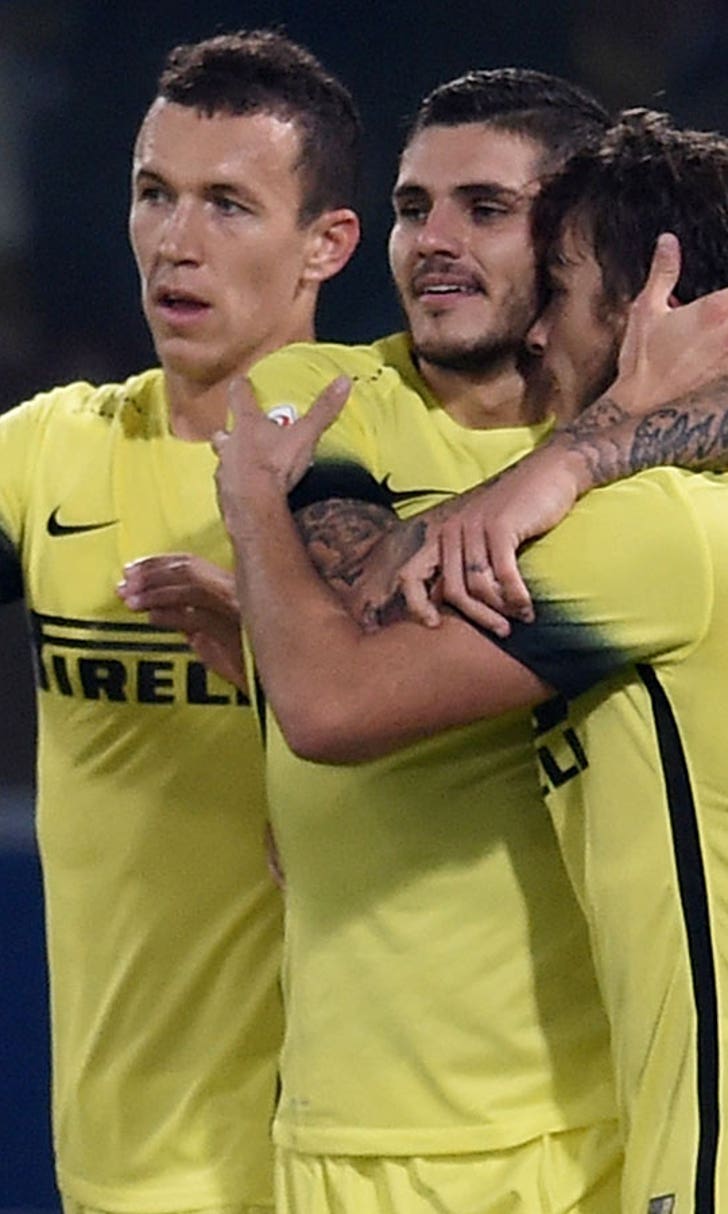 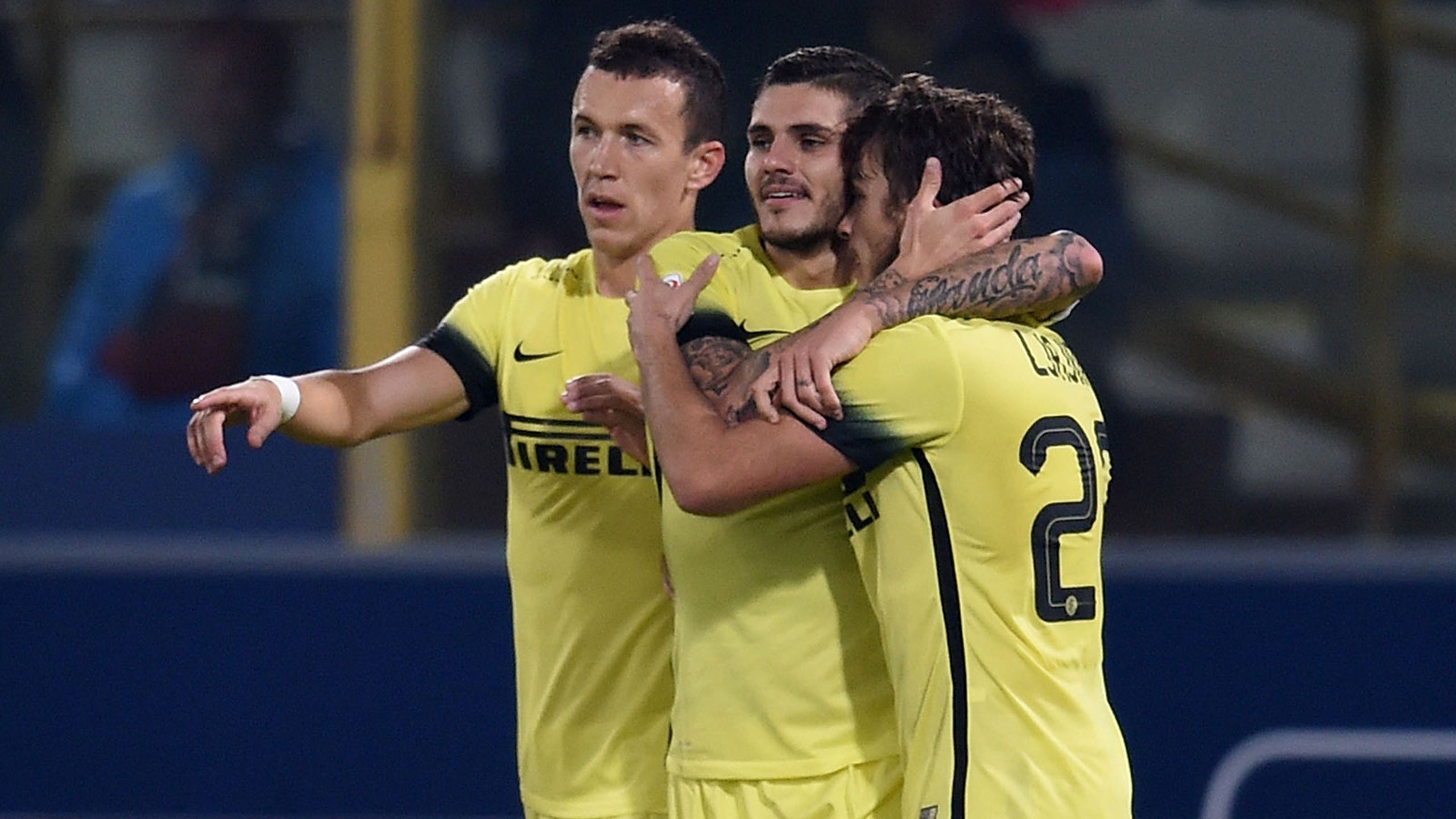 Inter Milan provisionally move back to top of Serie A 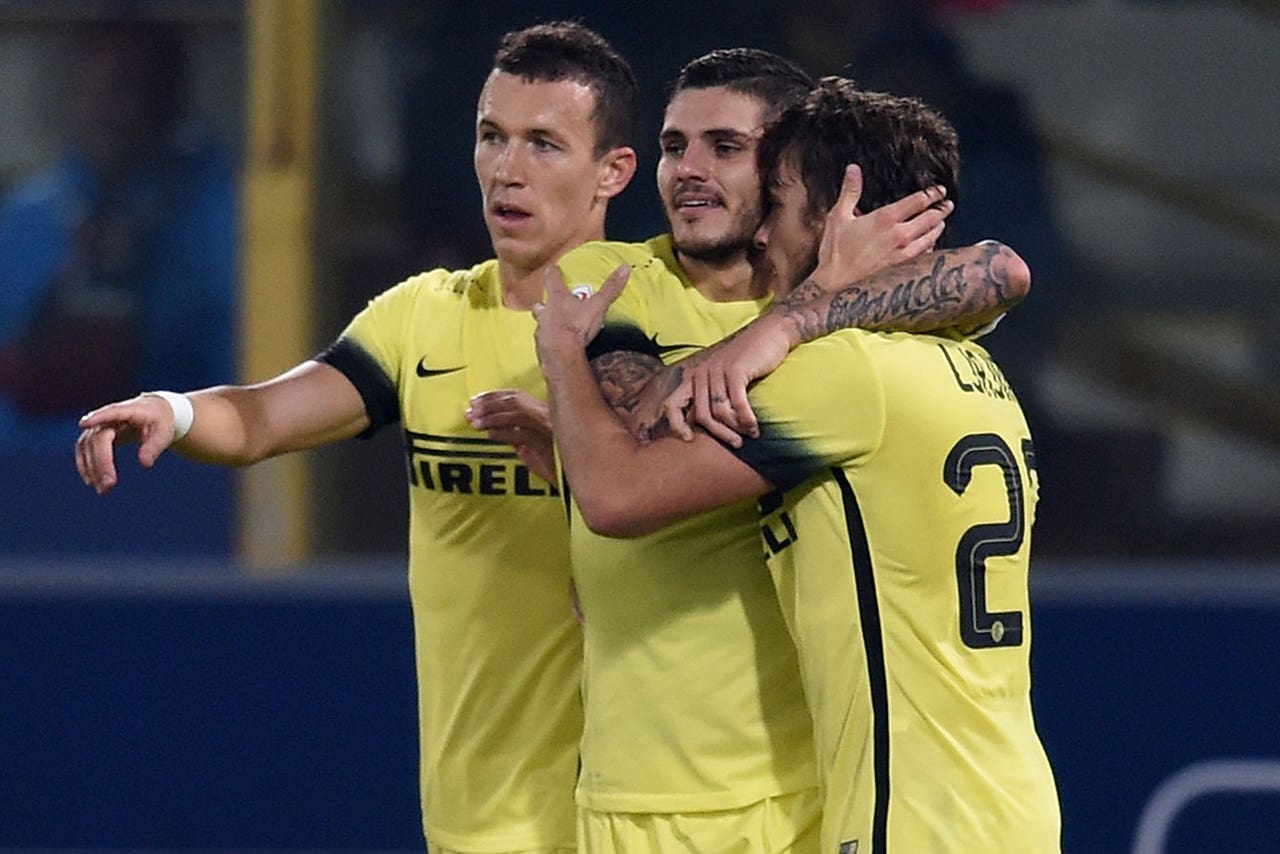 BOLOGNA, Italy -- Mauro Icardi ended his goalscoring drought to help Inter Milan move provisionally back to the top of the Italian league on Tuesday following a 1-0 win at relegation-threatened Bologna.

It was Inter's first win in five matches and came despite playing the final half hour with 10 men after Felipe Melo was sent off following a somewhat harsh second booking.

''We had to win and it was a poor match but, luckily, this goal gave us the win,'' said Inter captain Icardi, who hadn't scored in 348 minutes.

''In the first half we played at a low tempo, while in the second half we went out with the right determination and we showed that, even in 10, we are competitive. Even though, obviously, it's always better to play in 11.

''Was my goal a response to those who said I was in crisis? When the ball comes to me, I can score. In 10 matches I've received four decent passes and scored three goals, so I think it's a good average. Now I will invite Ljajic to dinner, he gave me a good assist.''

Inter played poorly in the first half and, although the visitors raised their game after the break, their chances of getting something from the match appeared to diminish following the dismissal but they took the lead just seven minutes later.

Bologna defender Alex Ferrari should have dealt with a through-ball from Marcelo Brozovic in the 67th minute but failed to make contact, allowing Adem Ljajic to control on the left and roll across for Icardi to tap into the net from six yards.

Inter coach Roberto Mancini was sent to the stands for dissent in stoppage time and Bologna should have leveled with almost the last kick of the game but Samir Handanovic pulled off a stunning one-handed save to keep out Mattia Destro's volley from point-blank range.

All six of Inter's league wins this season have been by one-goal margins. The last time it won by more than one goal was April 11 - a 3-0 win at Hellas Verona.

Inter moved a point above Roma, while Bologna remained in the relegation zone, a point from safety.

Roma, which has a better goal difference than Inter, will return to the top if it avoids defeat at home to Udinese on Wednesday.