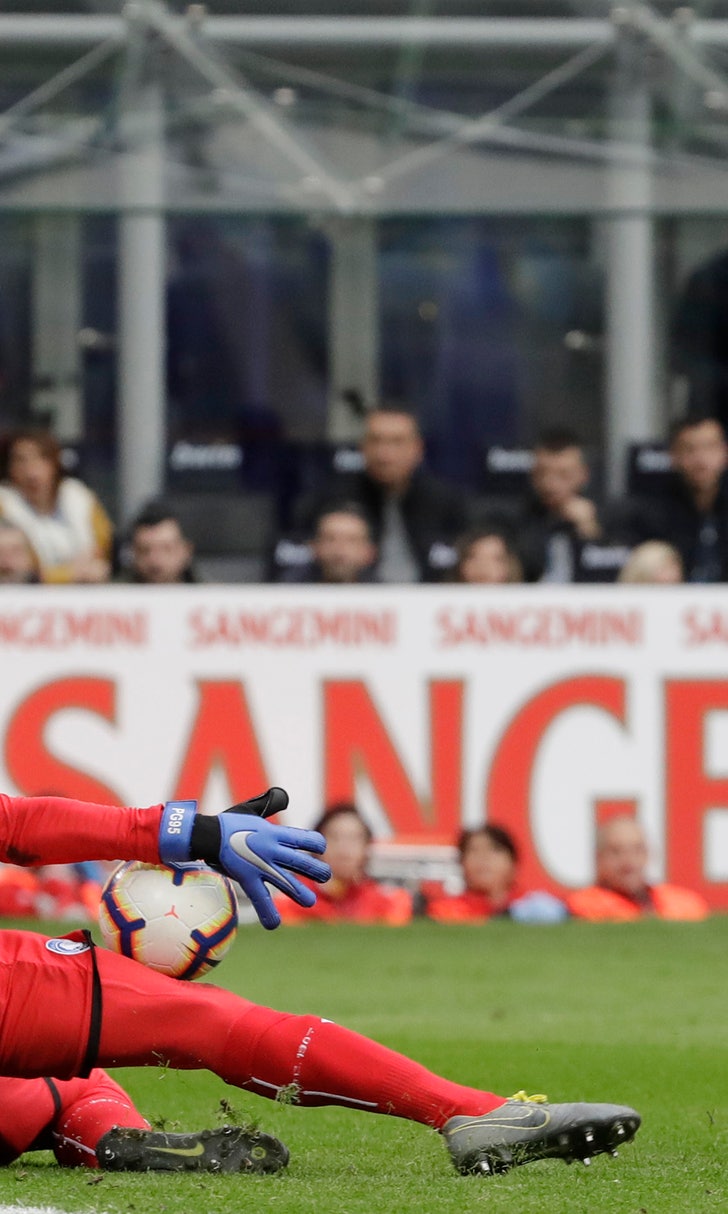 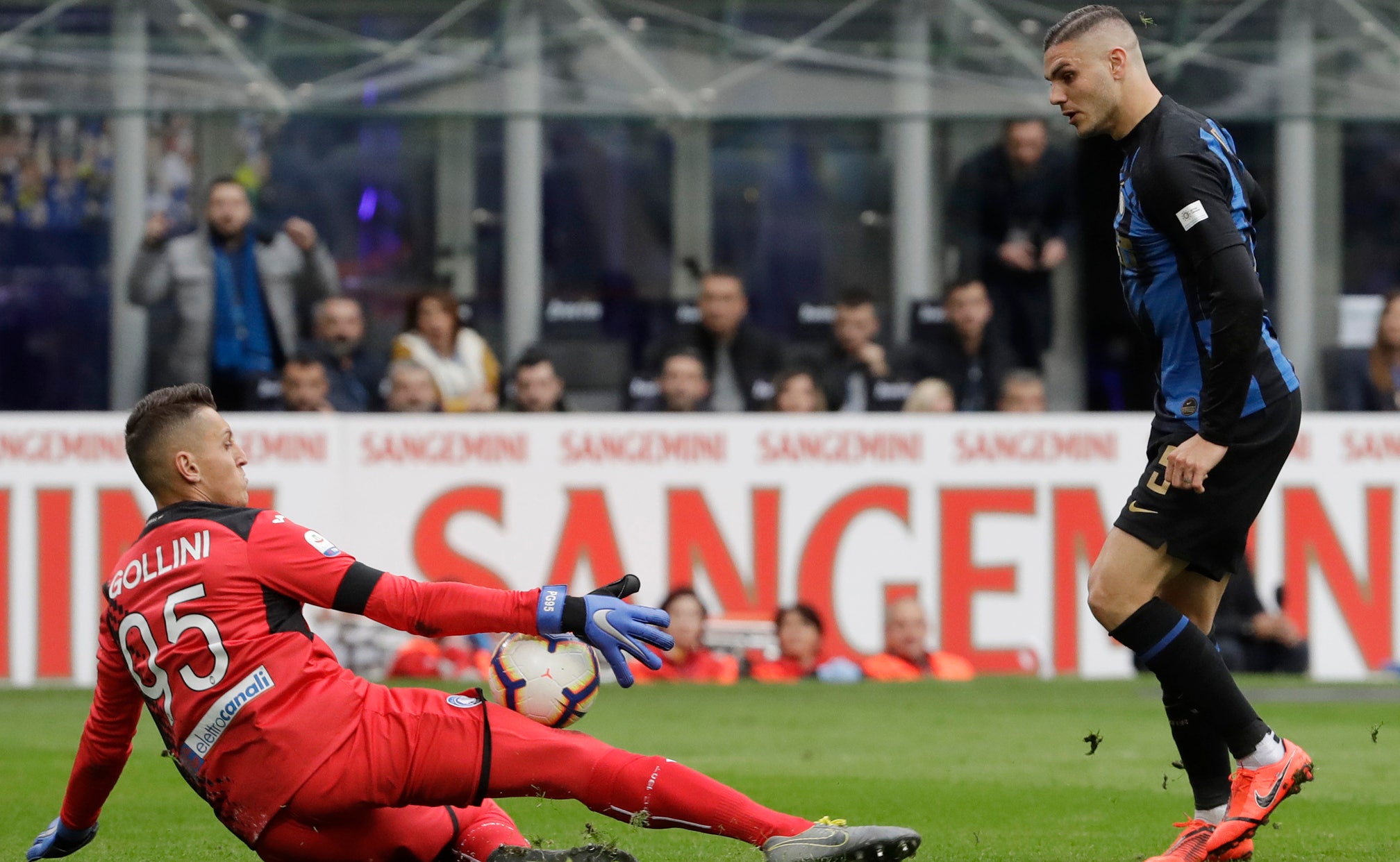 MILAN (AP) — Mauro Icardi had a mixed reception on Sunday in his first appearance on the field at San Siro since early February.

The former Inter Milan captain could not prevent his team from being held 0-0 by Atalanta in Serie A.

"I don't want to talk about Icardi because everyone always talks about him," Inter coach Luciano Spalletti said. "Was today Icardi's day? No, it was Inter's day."

Icardi had made his first appearance for Inter in nearly two months in a 4-0 win at Genoa midweek, ending a nearly two-month long standoff after being stripped of the captaincy over protracted contract negotiations.

But it was his first appearance in front of his own fans. There was applause from some sections and jeers from others when Icardi's name was read out, while a banner was displayed with the words "welcome back captain."

There were also chants against him from the section where the hardcore fans sit, but they were jeered by the rest of the stadium.

Icardi should have scored in the first half when he beat the offside trap to race through one-on-one with Pierluigi Gollini but his effort was weak and the Atalanta goalkeeper was able to parry from point-blank range.

He also had a header cleared off the line late on.

Inter remained third in the Serie A standings, five points above fifth-placed Atalanta, which is below AC Milan on their head-to-head record.

The top four from Serie A qualify for next year's Champions League.

"We're still at the same point as we were before," Spalletti said. "We need to go and get results and performances and suffer altogether."

Napoli drew 1-1 against 10-man Genoa to prevent runaway leader Juventus clinching the Serie A title on Sunday with seven rounds to go.

Second-placed Napoli is now 20 points behind Juventus, which will secure a record-extending eighth straight Italian league title if it avoids defeat at relegation-threatened Spal next Saturday.

Napoli will have to pick itself up before its trip to London to face Arsenal in the first leg of their Europa League quarterfinal on Thursday.

"We're defending badly at the moment, that doesn't allow us to keep control of the match, we gave their forwards too much space," Napoli coach Carlo Ancelotti said.

"If we play like that at Arsenal it will be difficult, luckily we have four days and we can fix things. We're playing in an abnormal way in respect to how we are usually."

Juventus beat AC Milan on Saturday and had the better head-to-head record over Napoli, so would have been crowned champion if Carlo Ancelotti's side had lost to Genoa.

Napoli struggled but was boosted when Genoa's Stefano Sturaro was sent off midway through the first half following a reckless, studs-up challenge on Allan. The referee initially only booked the former Juventus midfielder but, after viewing it again on the pitchside monitor, changed his decision to a straight red card.

It took Napoli seven minutes to make the numerical advantage count as Dries Mertens fired into the bottom right corner from 25 yards.

Genoa refused to give up and Koray Gunter headed off the upright before a stunning equalizer from Darko Lazovic, who volleyed into the far bottom corner off Goran Pandev's cross in first-half stoppage time.

Arkadiusz Milik almost restored Napoli's lead but his header was stopped on the line by Genoa goalkeeper Ionut Radu.

Lazio salvaged a 2-2 draw against Sassuolo to keep its chances of qualifying for the Champions League very much alive.

Domenico Berardi appeared to have won it for Sassuolo when he made it 2-1 in the 89th minute but Senad Lulic leveled in the fifth minute of stoppage time.

Lazio is three points below Milan, having played a game less. The two teams meet at San Siro on Saturday.

Frosinone cut the gap to safety to five points with a surprise 1-0 win at Fiorentina. Cagliari beat Spal 2-1.