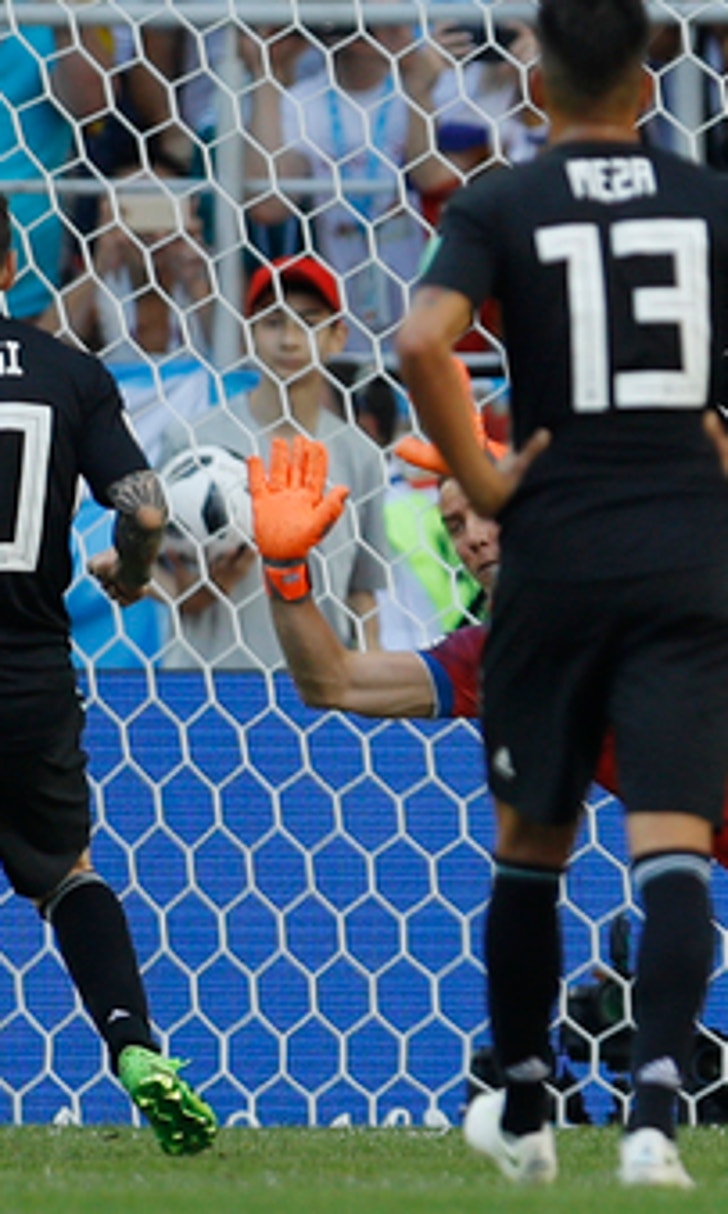 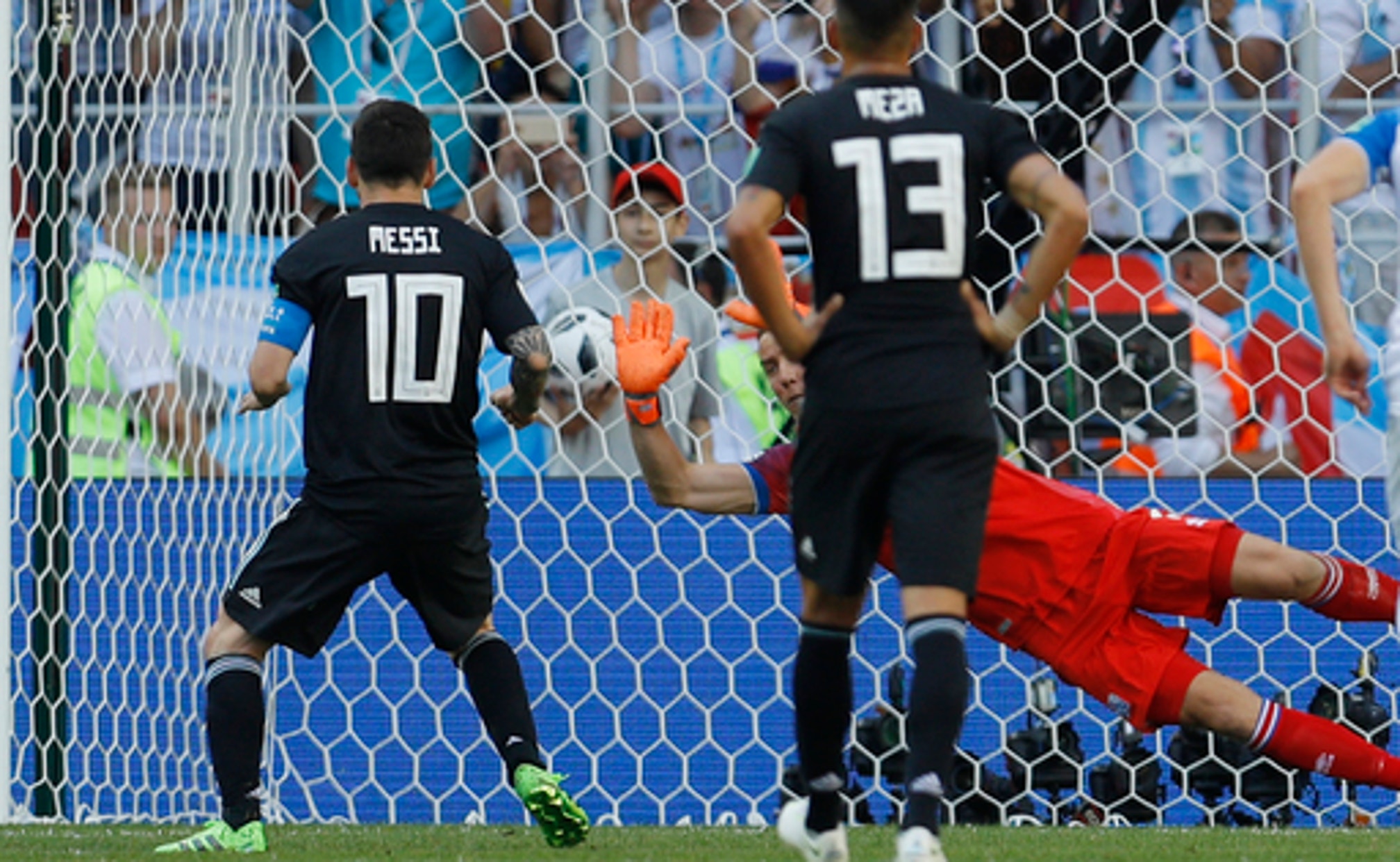 MOSCOW (AP) The World Cup rookies from the tournament's smallest nation are suddenly legitimate contenders for the knockout stage.

Two years after reaching the quarterfinals at the European Championship, Iceland earned its first point in its first World Cup match, holding two-time champion Argentina to a surprising 1-1 draw on Saturday.

The round of 16 could be beckoning.

''Ah, you're not going to get me to say that when we play in a group with Nigeria, Croatia and Argentina,'' said Iceland goalkeeper Hannes Halldorsson, who saved a penalty from Lionel Messi. ''You also saw the game tonight. They had a lot of possession. They had more shots than us.''

They may not be cocky, but after passing one of their first competitive tests against a top-ranked side from outside Europe, the Icelanders aren't short on confidence, either. They know no one wants to play them.

''This is a typical game for us: We defend well, we get the opponent impatient and then, when we attack, we are fast and we have quality,'' Halldorsson said. ''So we are a nightmare to play against and we can beat anybody when we have our day.''

You're not likely to get an argument from Messi, who will be dogged by visions of Halldorsson blocking the penalty that could have given Argentina all three points.

Besides its run to the quarterfinals of Euro 2016, which included a win over England, Iceland also won its World Cup qualifying group. The team has earned its reputation as an organized, stout defending side that's dangerous on set pieces.

''We have a clear identity and everybody is on board how we should play,'' Iceland coach Heimer Hallgrimsson said.

And they don't just dig into the trenches, either. Alfred Finnbogason, who scored Iceland's lone goal on Saturday, noted that the team has moved from a traditional 4-4-2 lineup to having five midfielders, which bolsters their marauding ranks on the counterattack.

''We are more unpredictable now, and hopefully we'll show that in the competition,'' he said.

Confident though they are, the Icelanders don't need to be reminded that they are from the smallest country every to qualify for the World Cup.

''Deep down, we know that we come from Iceland. And we are very outnumbered if you look at population numbers,'' Halldorsson said. ''So there's always this thought that, maybe we are tiny Iceland and maybe they are going to crush us. So maybe that's also what keeps us on our toes, that we are always a bit worried that we might get smacked.''

In the meantime, the team and its Viking-helmeted fans will continue to make the most of their first time on soccer's biggest stage.

''When you go to the World Cup as a goalkeeper, you have certain dream scenarios. There are some things you hope or wish for, and saving a penalty from Messi in the first game is definitely one of them,'' Halldorsson said. ''When the penalty was given, I felt, `OK, this is going to be my moment.'''

The whole team - maybe the whole country, which marks its independence day on Sunday - is probably feeling the same way.

Iceland
share story
those were the latest stories
Want to see more?
View All Stories
Fox Sports™ and © 2020 Fox Media LLC and Fox Sports Interactive Media, LLC. All rights reserved. Use of this website (including any and all parts and components) constitutes your acceptance of these Terms of Use and Updated Privacy Policy. Advertising Choices. Do Not Sell my Personal Info