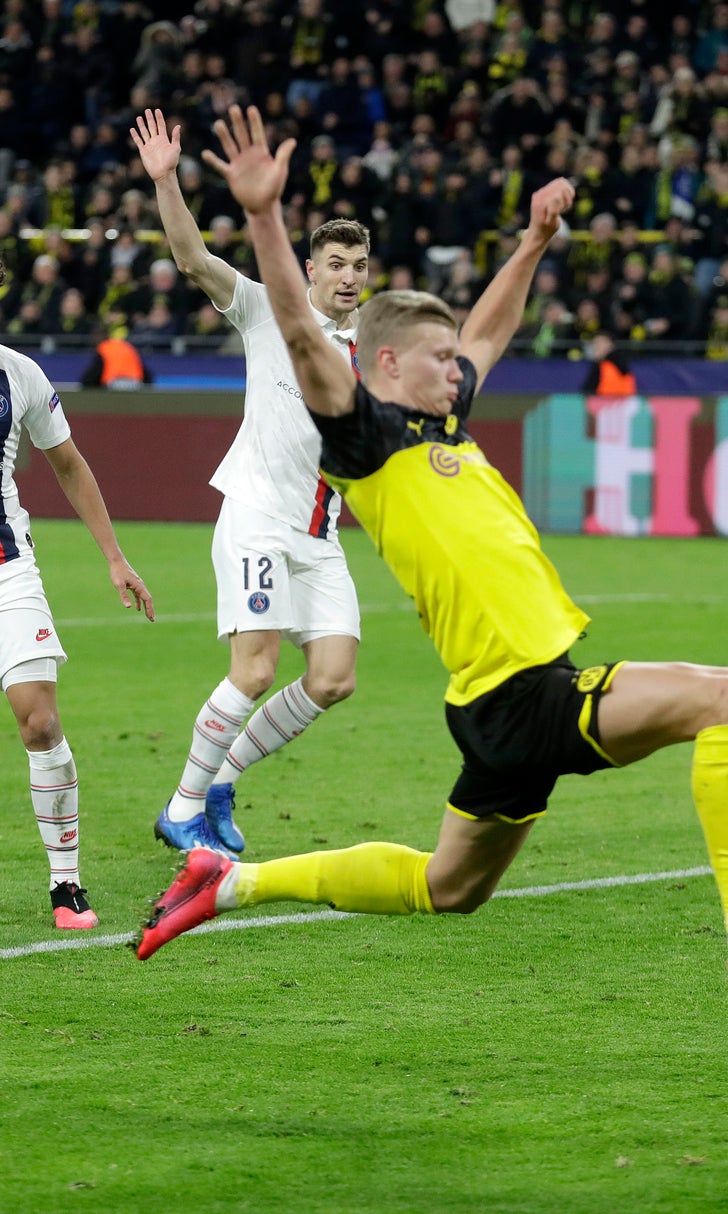 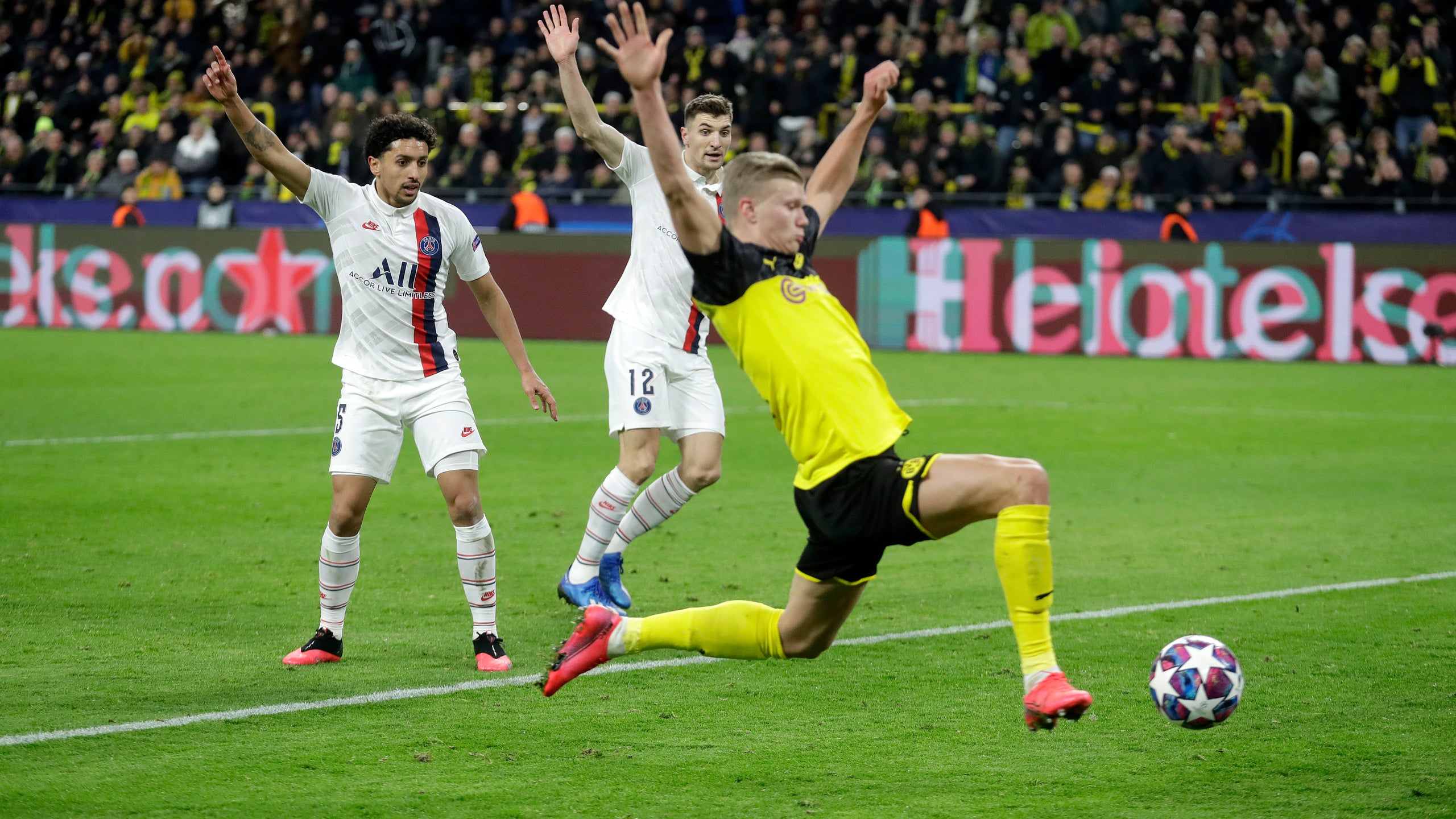 Haaland stabbed in a rebound in the 69th minute to give Dortmund the lead before Neymar leveled the score for PSG in the 75th. But Haaland netted again just two minutes later when American teenager Gio Reyna fed him the ball on a quick counterattack and the striker fired a powerful shot into the top corner from the edge of the area.

PSG now needs a win in the second leg on March 11 to avoid being eliminated in the last 16 for four years in a row.

"We've got 90 minutes in the Parc des Princes and we have every chance to win," PSG coach Thomas Tuchel said through a translator. “We've got the quality and we have to show that quality.”

For Dortmund that will be “a hard game but we're a good team and we just have to keep going," Haaland said.

The 19-year-old Haaland has 11 goals in seven games in all competitions since joining Dortmund, and 10 from seven in the Champions League for Dortmund and former club Salzburg.

“He is someone who has immense mental strength, and he always wants to go forward,” Dortmund coach Lucien Favre said. “He has a super attitude that helps the whole team, and that's all at the age of 19.”

Despite both teams' attacking power and sometimes-fragile defenses, the first half was a cagey affair. That matched the plan fromFavre, who said Monday he'd welcome “beautiful defending.”

Jadon Sancho darted through gaps in the PSG defense, while Emre Can added steel in defensive midfield, hours after Dortmund said it had taken up the option to buy in his loan deal from Juventus.

PSG was wasteful with the ball and didn't record a shot on target until 20 minutes into the second half. Neymar dropped increasingly deep and became visibly frustrated, scuffing another free kick far over the bar just before the break.

The game burst into life when Haaland knocked in a fortunate rebound from Raphael Guerreiro's blocked shot. The hitherto quiet Neymar, in his first game back from a rib injury, finished off a low cross from Kylian Mbappé six minutes later.

If Haaland's first goal was instinct, his second was all about technique and power, blasted in from outside the box on the run. It was assisted by Reyna, the 17-year-old who became the youngest American player in Champions League history by coming off the bench in the 67th.

Together, the two teenagers managed to outshine PSG's celebrated duo of Neymar and Mbappé.

Despite the goals, Favre focused on how his team — including Haaland — defended as a unit, something it has often struggled to do in the Bundesliga.

“We were very disciplined, defensively too. I think Paris had few scoring chances and we did it very well, but we were also good in attack," he said.

PSG coach Tuchel rued "too many simple mistakes" as he returned to Dortmund, where he coached from 2015-17.

"If you think too much about mistakes, then mistakes come in," he said.

Ahead of the game, 144 PSG fans were barred from the city of Dortmund by German police, the dpa news agency reported. Police said pyrotechnics and items like combat gloves and mouthguards had been found on buses they were traveling in.