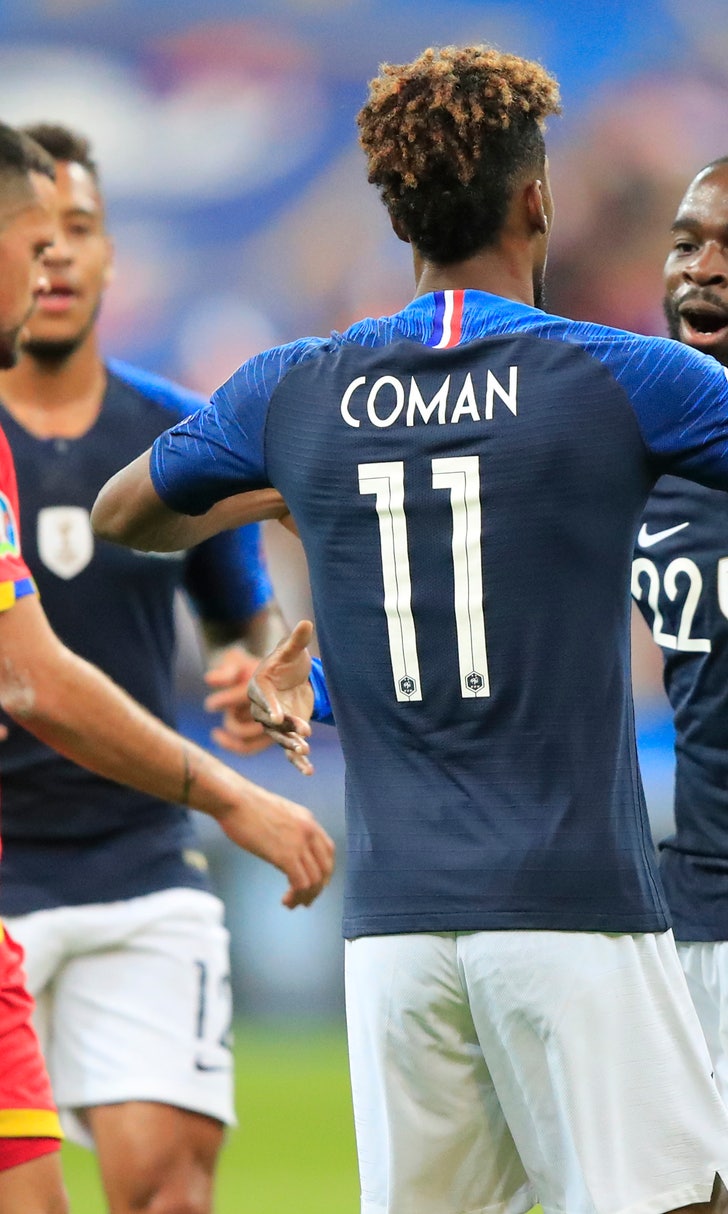 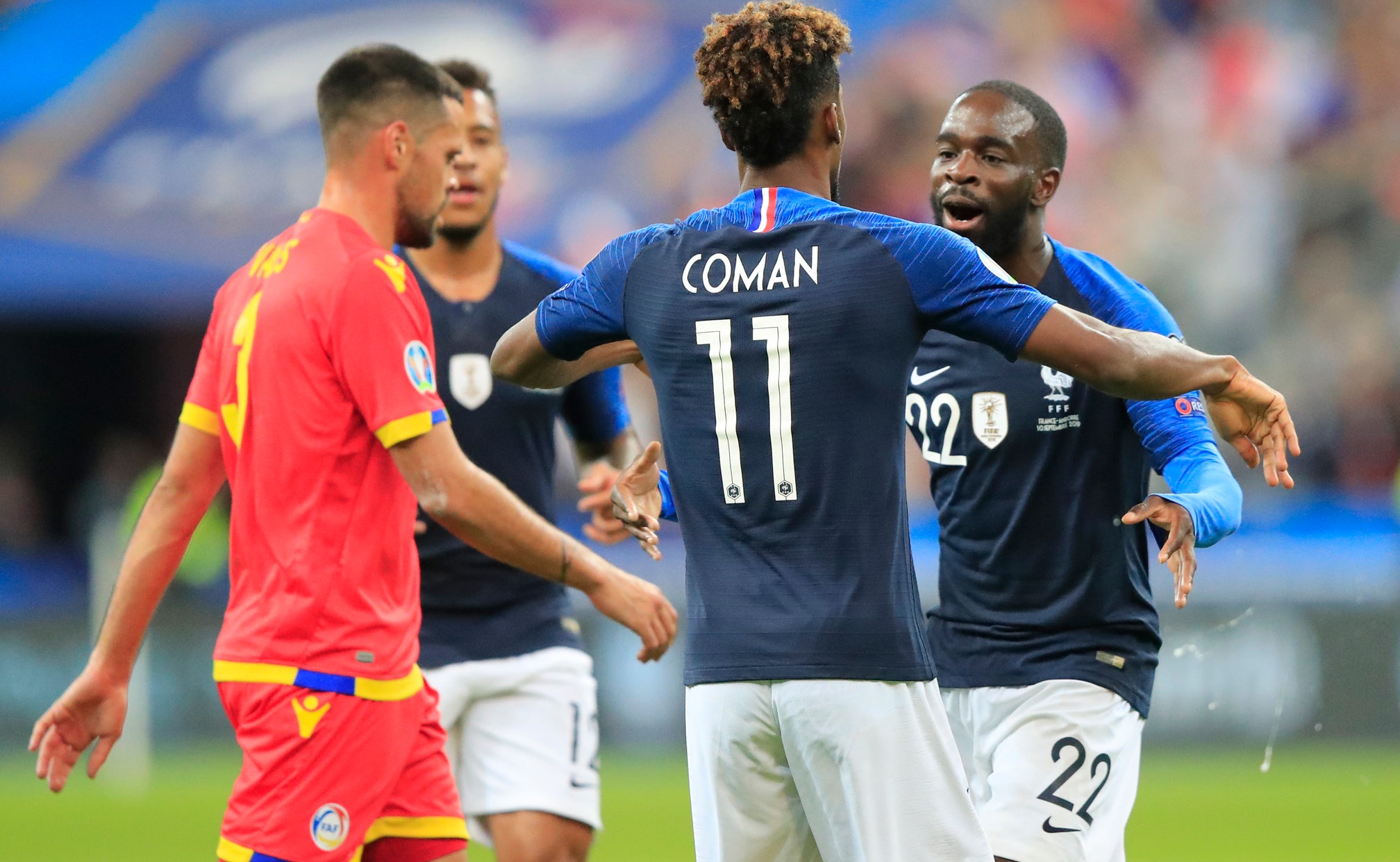 PARIS (AP) — Antoine Griezmann did better as a provider than a finisher, again missing a penalty before setting up the second goal as France beat Andorra 3-0 in a European Championship qualifying match on Tuesday.

The newly-singed Barcelona forward saw his spot kick easily saved, having smacked a penalty onto the crossbar in Saturday's 4-1 home win against Albania.

It ultimately mattered little as France maintained its bid to top Group H ahead of Turkey. Both nations have 15 points from six games and meet next month at Stade de France.

Starting his first game for France, after a scoring debut as a substitute against Albania, forward Jonathan Ikoné threaded a ball behind the defense for winger Kingsley Coman to thump the ball into the roof of the net after 18 minutes.

It was Coman's third in two games, after netting twice against Albania.

Griezmann could have made it 2-0 but aimed his penalty too close to goalkeeper Josep Gomes in the 28th, again from a casual short run-up just like against Albania.

Having denied Turkey until near the very end in a 1-0 loss last Saturday, Gomes made a splendid save to keep out center half Raphaël Varane's stinging long-range drive approaching halftime.

But he was well beaten in the 52nd when imposing center half Clément Lenglet headed in Griezmann's free kick. The veteran goalie then carelessly spilled Nabil Fekir's injury-time free kick, which was prodded home by fellow substitute Wissam Ben Yedder.

France travels to play third-place Iceland — which has 12 points — before hosting Turkey on Oct. 14.

"Next month we have matches against our two direct rivals for the qualifying places," Deschamps said.