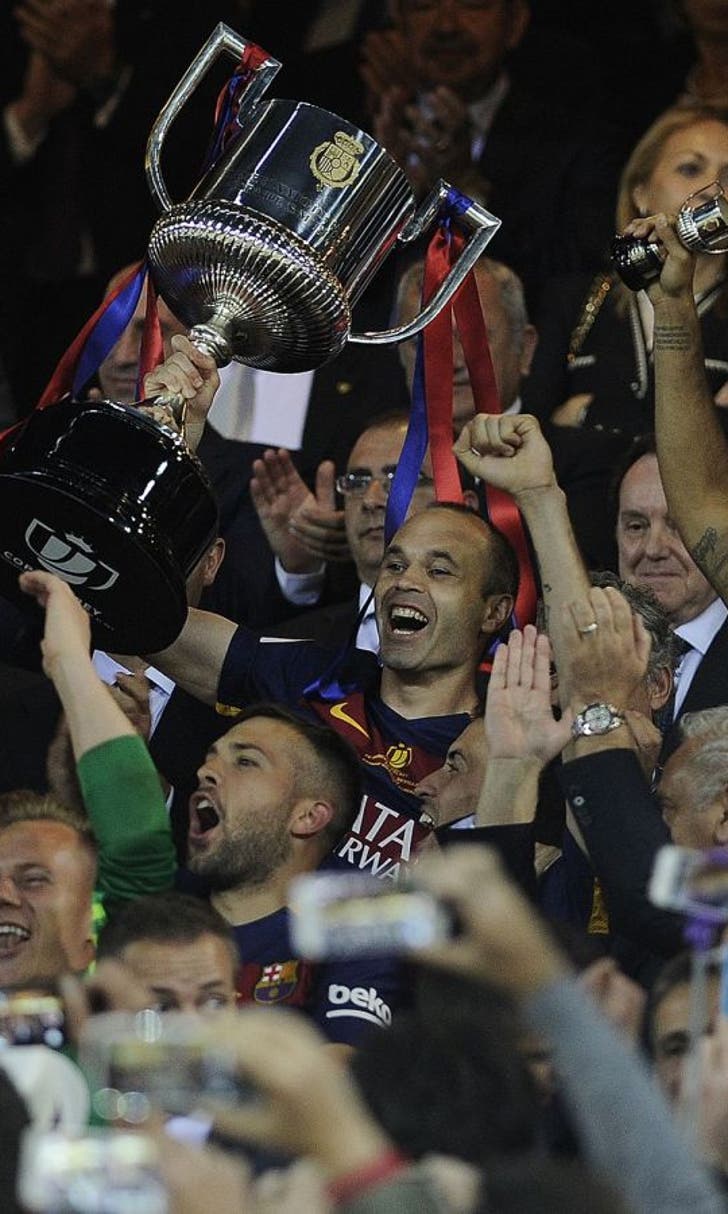 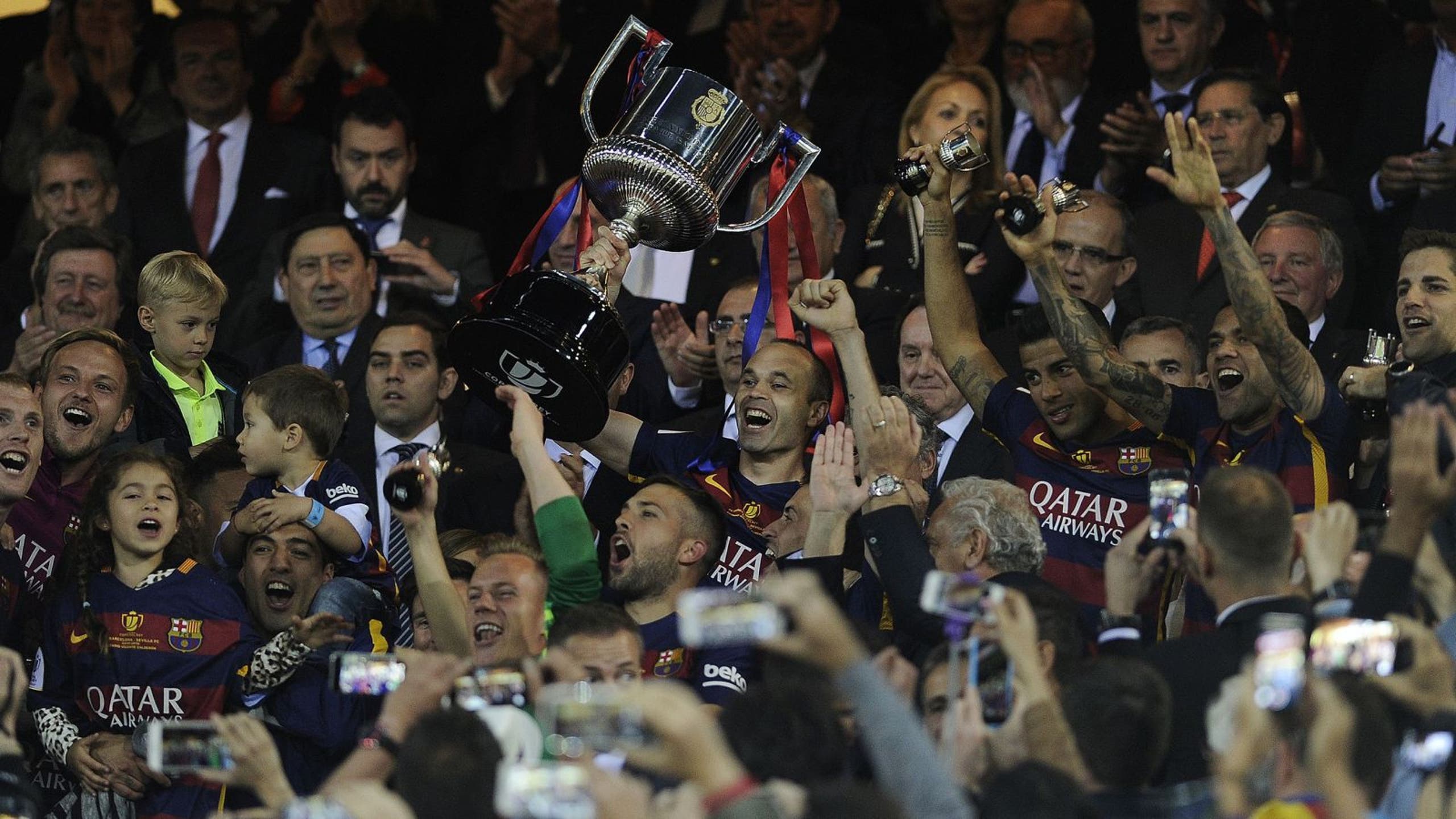 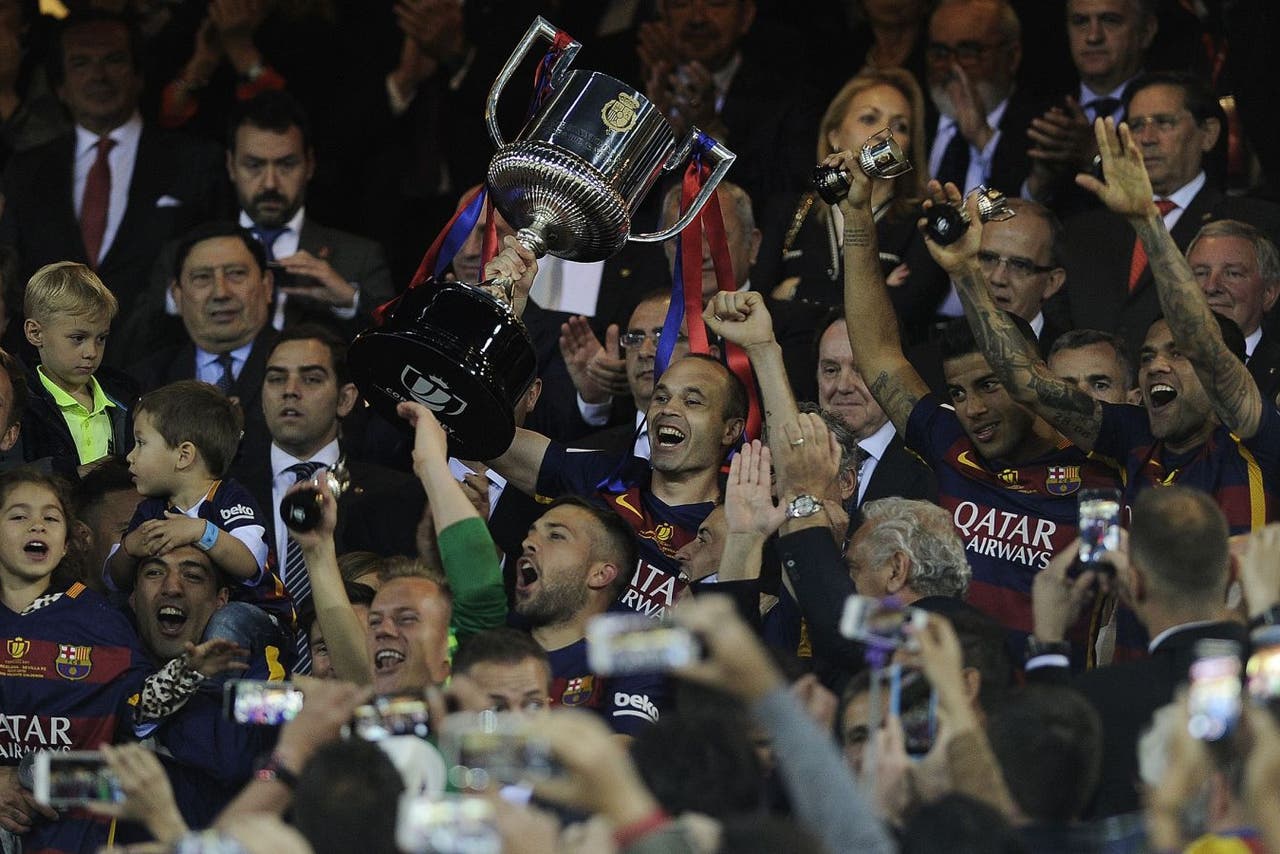 Barcelona coach Luis Enrique hailed his players after their 2-0 extra-time win over Sevilla in the Copa del Rey final saw them complete a league and cup double for the second season running.

Barca had to play for more than an hour with 10 men after Javier Mascherano's first-half dismissal, but after Sevilla had also been reduced to 10 before extra-time with the sending off of Ever Banega, Jordi Alba finally broke the deadlock in the 97th minute.

Things got worse for Sevilla has Daniel Carrico was also sent off before Neymar wrapped up Barca's win in stoppage time.

"It was a spectacular finish to the season, not only because in the league we had to win every game at the end, but also in the cup final with a script that had us play for so long with 10 men," Enrique said in comments reported by Marca.

"We have improved defensively, going many games without conceding a goal (six in a row). The team is made up of champions. To complete a double once is difficult and to do it two in a row is special. Now we will go for a third."

Mascherano was dismissed nine minutes before half time for hauling down Kevin Gameiro just outside the box.

Enrique had no complaints about the referee's decision but was proud of how his players reacted.

"The team cannot show any more character and capacity," he said. "With 10 players we were able to react. We are a team made to attack but we defend very well too."

Sevilla were left disappointed only days after beating Liverpool to lift the Europa League, and coach Unai Emery admitted their midweek efforts in Switzerland may have come at a cost.

"The team has competed very well," he said. "With eleven men we were able to take control of possession and create chances. Perhaps in the final stages we lacked some freshness but we know how hard the team has worked on Wednesday.

"We must congratulate Barcelona but I'm very proud of the team's work in this final and in the competition...

"We showed great desire to win the final over 120 minutes. We lacked success in the end but with a little more freshness we would have had it."