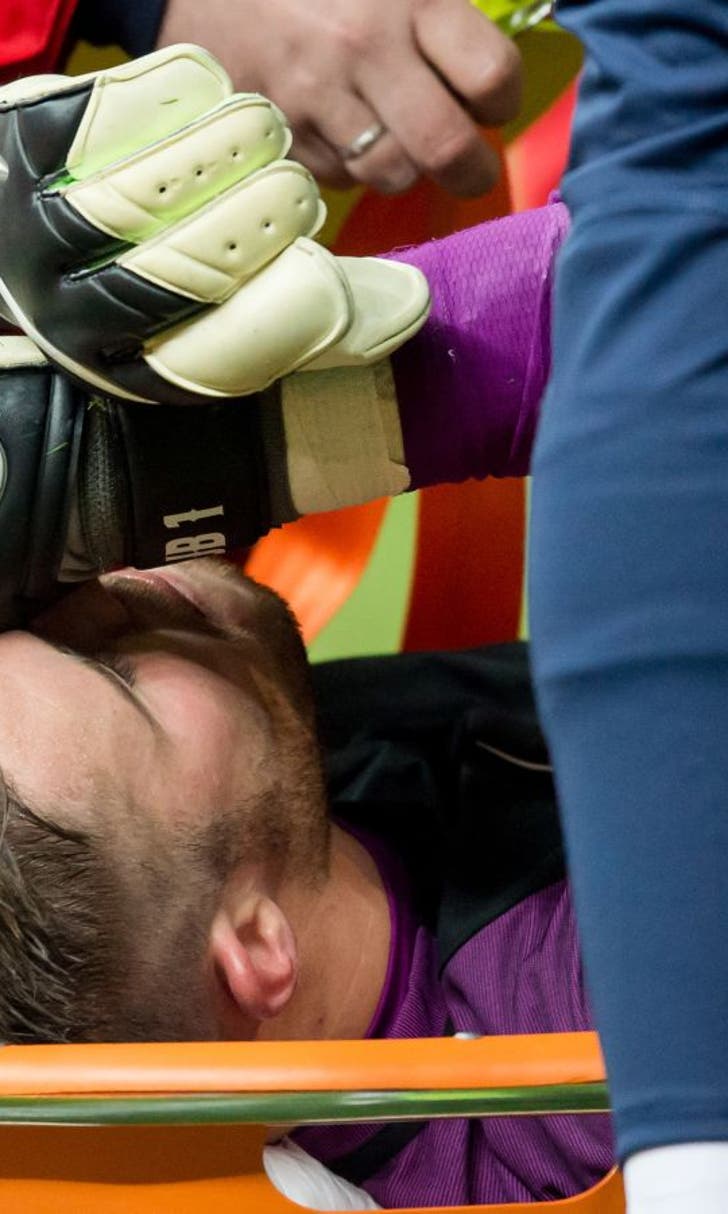 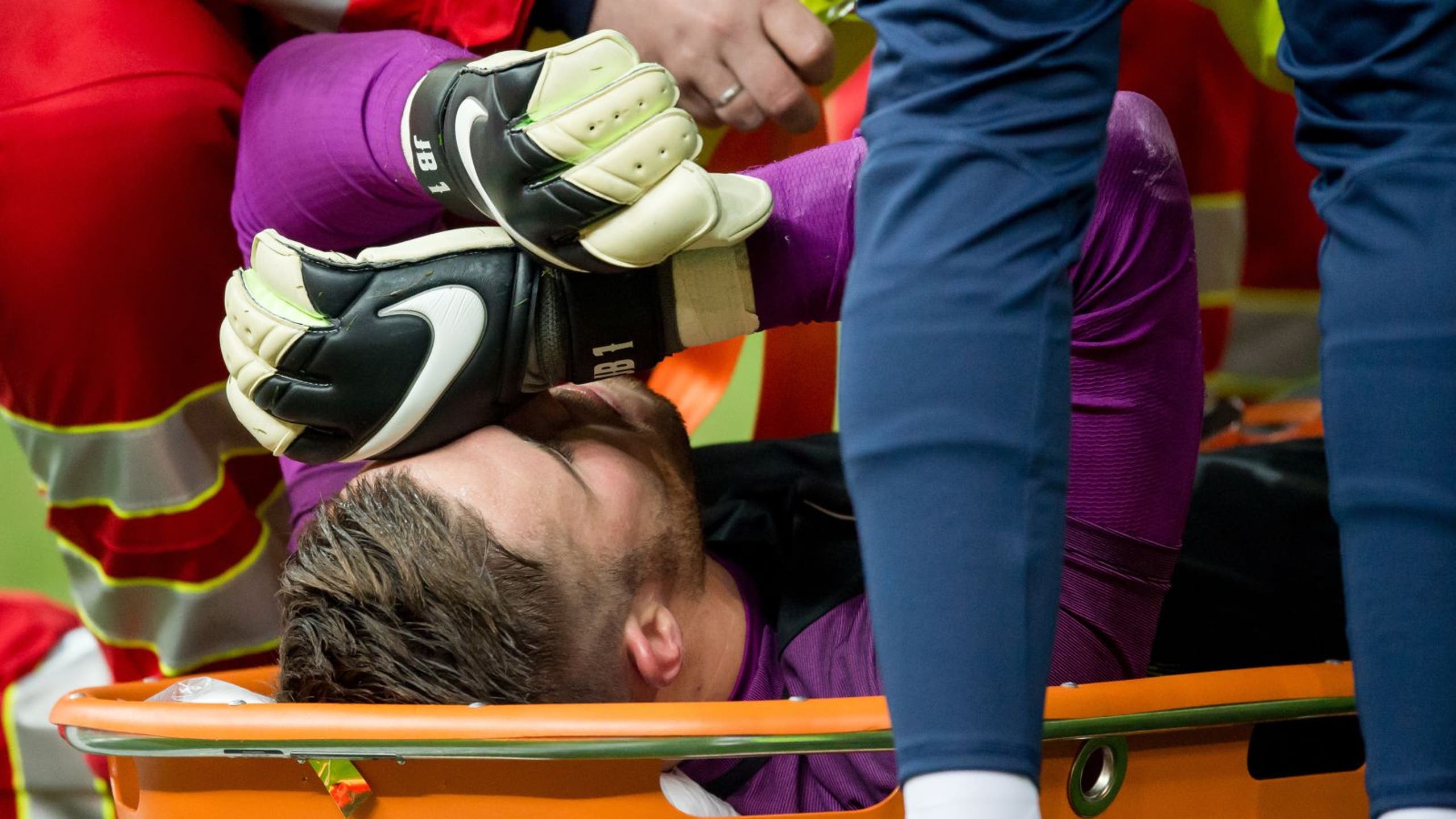 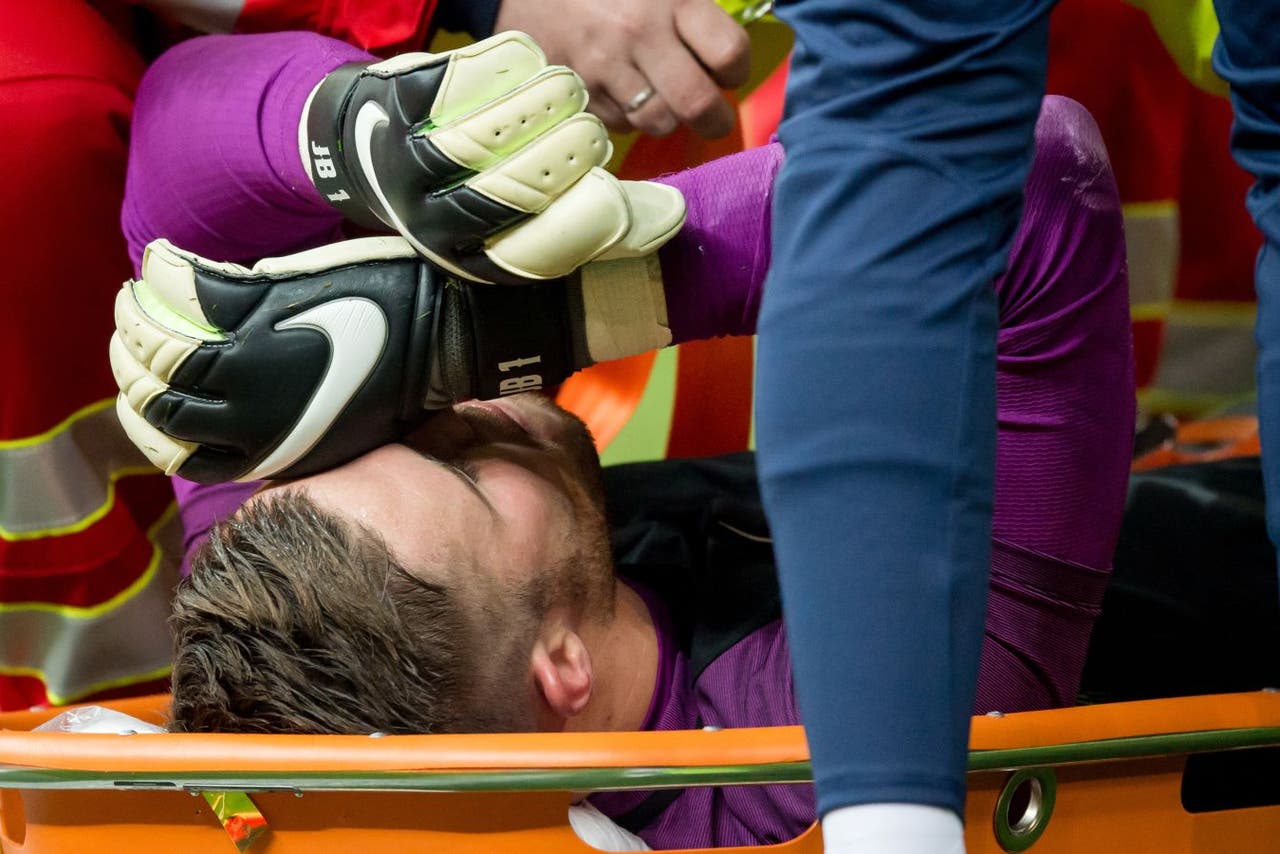 Goalkeeper Jack Butland appears likely to miss Euro 2016 after fracturing his ankle in England's 3-2 win over Germany on Saturday.

Sky sources understand the Stoke No 1 will miss three months and, with England kicking off their campaign in France on June 11, he is unlikely to have enough time to return to fitness.

"Today's scan revealed I've fractured my ankle, absolutely devastated! I'll be doing everything I can to get back fit as soon as I can!" Butland said on Twitter.

Butland was injured in the run-up to Germany's opening goal in Berlin, staying down in obvious pain after Toni Kroos had scored in the 43rd minute.

He appeared to sustain the injury when going to ground to collect the ball in the 41st minute, but pulled up visibly after electing to kick the ball out two minutes later.

Butland did not signal to the England bench after being hurt and his poor kick out was pounced upon by Germany, who took the lead through a long-range Kroos shot that beat a hobbled Butland at his near post.

He was in tears as he was stretchered away, to be replaced by Southampton No 1 Fraser Forster.

Butland has now returned home after having the injury assessed, but he has predictably been withdrawn from the squad to face the Netherlands on Tuesday.

England's first Euro 2016 game against Russia comes up on June 11, meaning Butland would need to make a speedy recovery to be named in Hodgson's final 23-man squad, which has to be named at least 10 days before the tournament.

No replacement has been called up for Butland, meaning a possible senior England debut for Burnley 'keeper Tom Heaton at Wembley on Tuesday - he only joined the squad after Manchester City's Joe Hart suffered a calf injury against Manchester United last weekend.