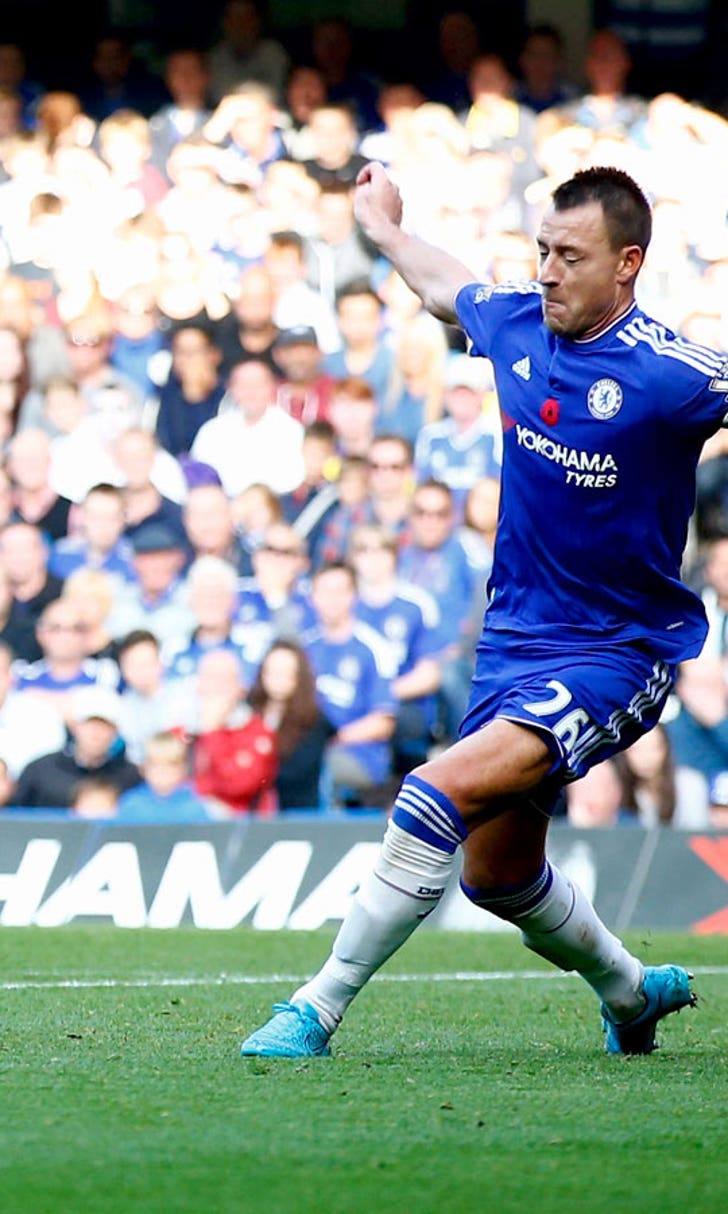 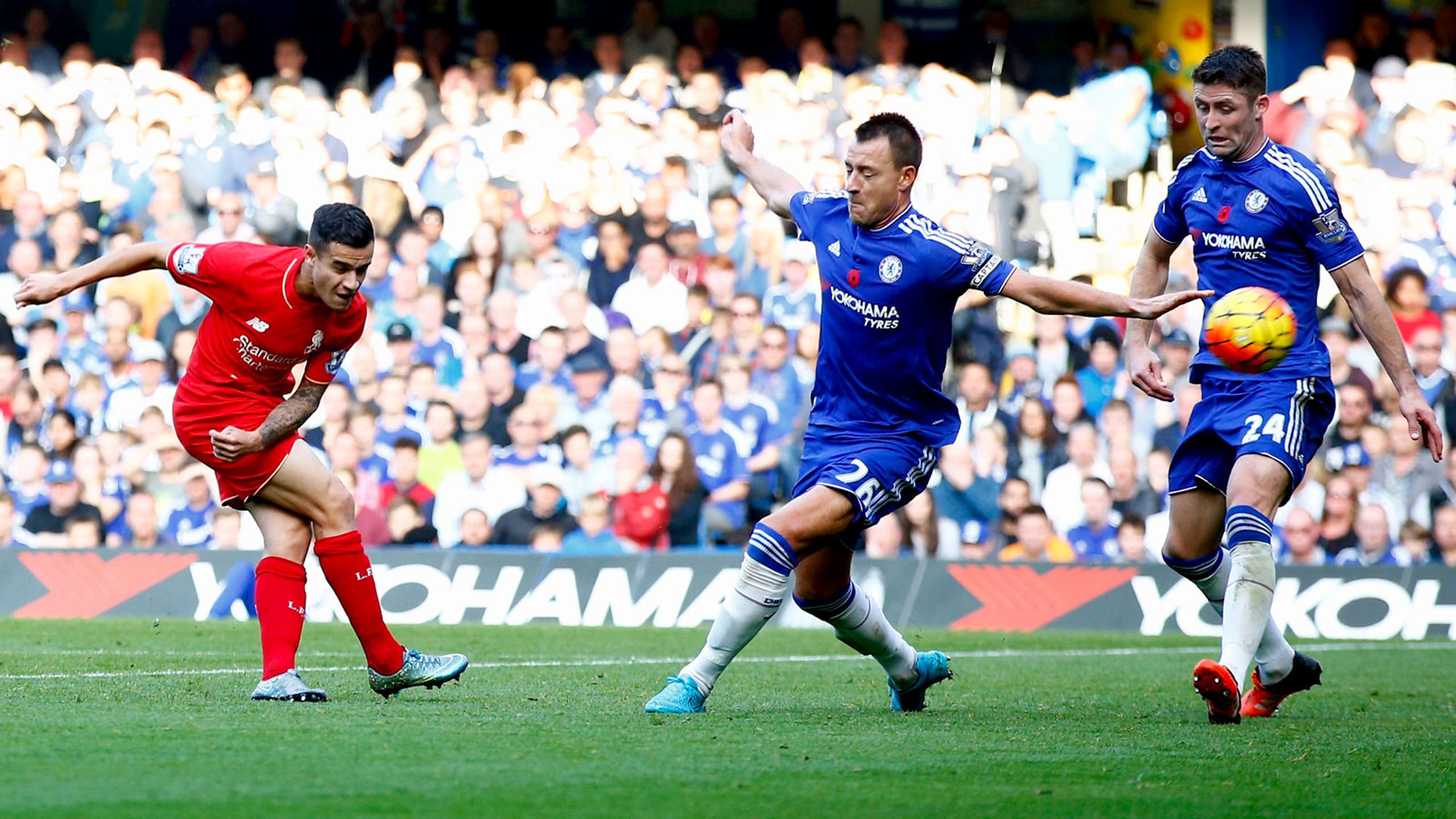 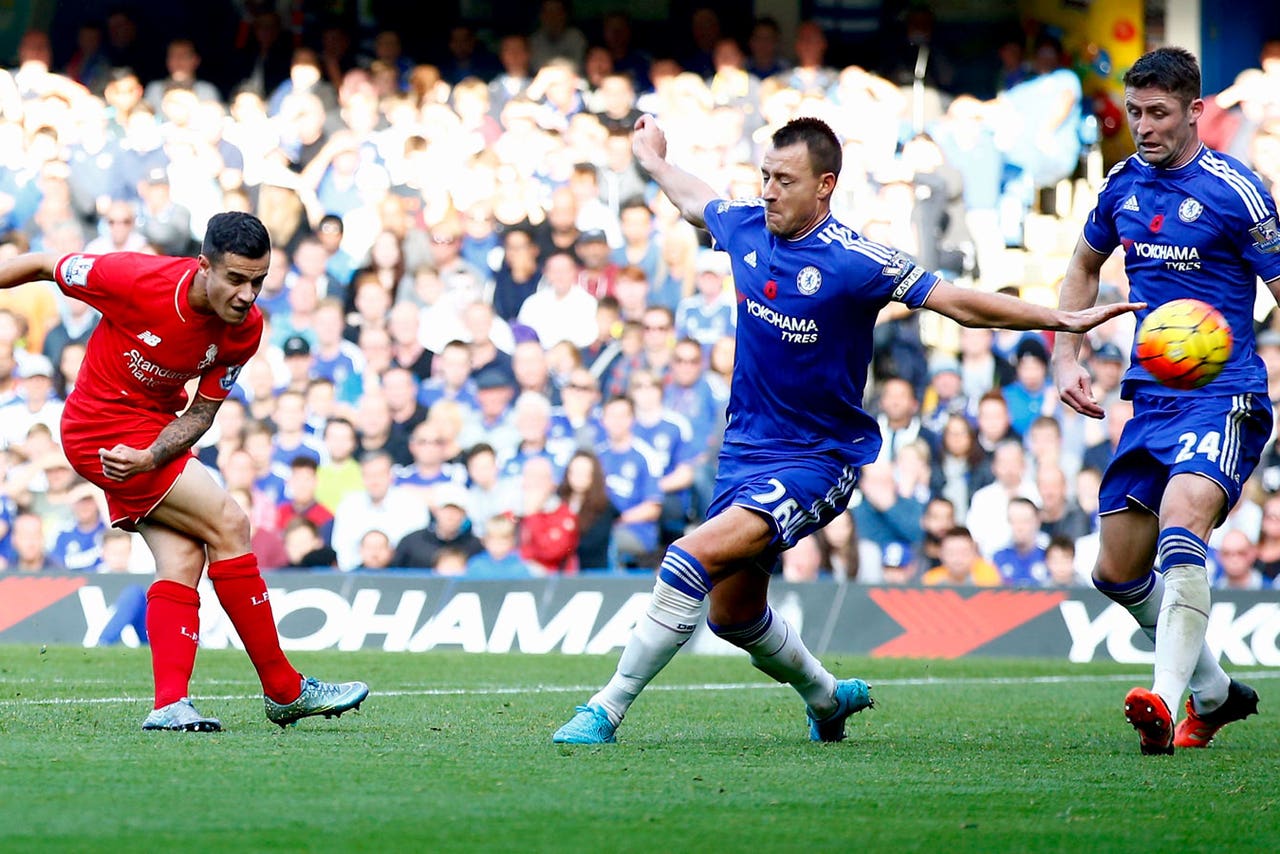 Liverpool dealt Chelsea what may prove to be a mortal blow to their season, stunning the Blues 3-1 at Stamford Bridge on Saturday afternoon.

Philippe Coutinho scored twice and sub Christian Benteke added the capper to deal Chelsea their sixth league loss of the season. The result gave new Liverpool manager Jurgen Klopp his first league win of the season but left the defending champions facing their worst start ever in a campaign.

Today's result is also likely to spell the end of manager Jose Mourinho's second term at the club. Reports pregame suggested this was a must-win for the embattled Mourinho and while Chelsea are reluctant to pay off his huge contract, the fact is the Blues seem to have lost both the way and the will to win. Sitting perilously close to the drop zone, Chelsea' board may have no choice but to pull the trigger Saturday night.

That pressure surely affected this game's outcome. Take nothing away from a Liverpool side that looks rejuvenated under Klopp - they were miles better on the day. But while the fans and players alike put on a brave face before the kickoff, there was no escaping the fact that the pressure in West London was simply stifling. The banners in the stands that read: "Mourinho, One Of Us" felt hopeful, and the truth is those same fans voted with their feet when the third goal of the day went in.

That atmosphere ultimately overwhelmed a Chelsea side that had got off to quite a positive start. Ramires got Chelsea on the board after just three minutes, heading home a cross from Cesar Azpilicueta to the near post to send the Shed End into rapture. There was a palpable feeling of relief around the ground and it would have felt like easy street had Obi Mikel converted his own chance just two minutes later, with the net gaping front of him at the far post.

Instead, Liverpool held and absorbed, and after that initial burst, Chelsea looked befuddled. The Reds began to hunt in packs, pressing Chelsea relentlessly, and Nathaniel Clyne signaled the danger in the 14th minute with a shot scuffed just wide of Asmir Begovic's goal. Adam Lallana would then spin and whip a low shot goalwards but that was well-held by Begovic with ease.

Liverpool continued to play a smart, snapping possession game, and as the half wore on Chelsea looked increasingly short on ideas. A ball high over the Reds' back line to Diego Costa was easily handled by Martin Skrtel; Eden Hazard's slump continued with the Belgian almost completely uninvolved in the match.

For all of Liverpool's good work - and they were by far the better side in the first half, a high-energy, high-pressing side - there did seem to be a deficit up top. You never got a sense of where the goals were going to come from, and with Benteke on the bench and Daniel Sturridge not risked, Liverpool looked in control, but unable to convert their possession into goals - until very late in first half stoppage time.

A good ball from Lallana picked out Phillipe Coutinho at the top of the box, and with a smart move, he shrugged off his marker, built a yard or two of space for himself, and then slammed the ball to the far top corner to tie the game up. It was a classy strike from a player who had been mired in a slump, and it changed the complexion of the match.

Mourinho reacted by moving Oscar into a more central role and would yank Hazard on the hour for Kenedy. But Chelsea never looked comfortable on the ball and you started to sense the game was again getting away from the Blues. This was summed up in an unusual moment when one of Chelsea's backroom staff, Jose Morais, got into a heated shouting match with Klopp. Mourinho sat silent, glumly staring ahead.

Chelsea did have a fine chance midway through the second half when Oscar, seeing Simon Mignolet off his line, unleashed a long stinger of a shot that almost caught the keeper out. Almost, but not quite: Mignolet did very well to get up and parry the strike one-handed away.

That proved to be the end for Chelsea's hopes as Benteke knocked down a long ball in the 75th minute for Coutinho to settle, and with Chelsea backing off, he fired in another fabulous strike that beat Begovic via a small deflection. Benteke would then end the contest in the 83rd minute, sliding home a solo goal through Gary Cahill's legs to beat Begovic with ease. The defending was shambolic on the play, and as the ball ruffled the side net, the fans got up and headed for the Tube.

New manager or not, Chelsea may be in even more trouble this week should the FA choose to look at the tape of the match: Costa was seen kicking out at Skrtel's chest in the 65th and as a repeat offender is likely to be sanctioned.

Mourinho was a man of few words in his post-match interview with reporter Des Kelly on BT Sport, answering every question with variations of "I have nothing to say."

An excerpt from the brief conversation:

Mourinho was more talkative in the post-match press conference, and said: "I will go home to find a sad family then I will try to watch some of the rugby and disconnect a little bit from this then I will start preparing the training session for tomorrow morning for Wednesday's game."

When asked if he thought this was his last match, Mourinho replied "No, I don't."

He added: "The players tried, you could feel the attitude. You could feel the desire and that that game was 50/50. I have some players who are really sad in the dressing room. They are not getting the respect they deserve."

Liverpool boss Jurgen Klopp was delighted with the victory, and said: "We had not the best start, that's the truth. We had our moments, our build up with short passes was very good. They tried to make pressure but we could play in the spaces in between.

"We had control of these situations. We made a goal and deserved the draw at half time. The second half was open and we made our goals at perfect moments for us. I feel it's deserved. We have worked hard but it's normal if you want to win in Chelsea."