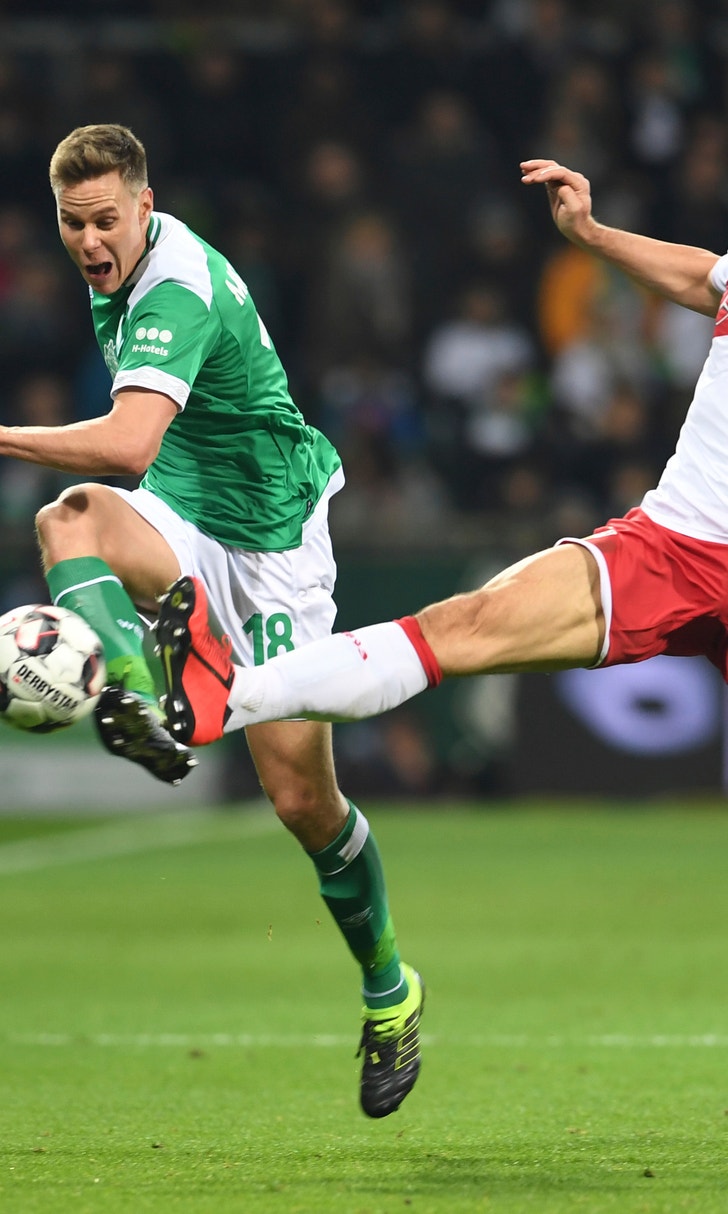 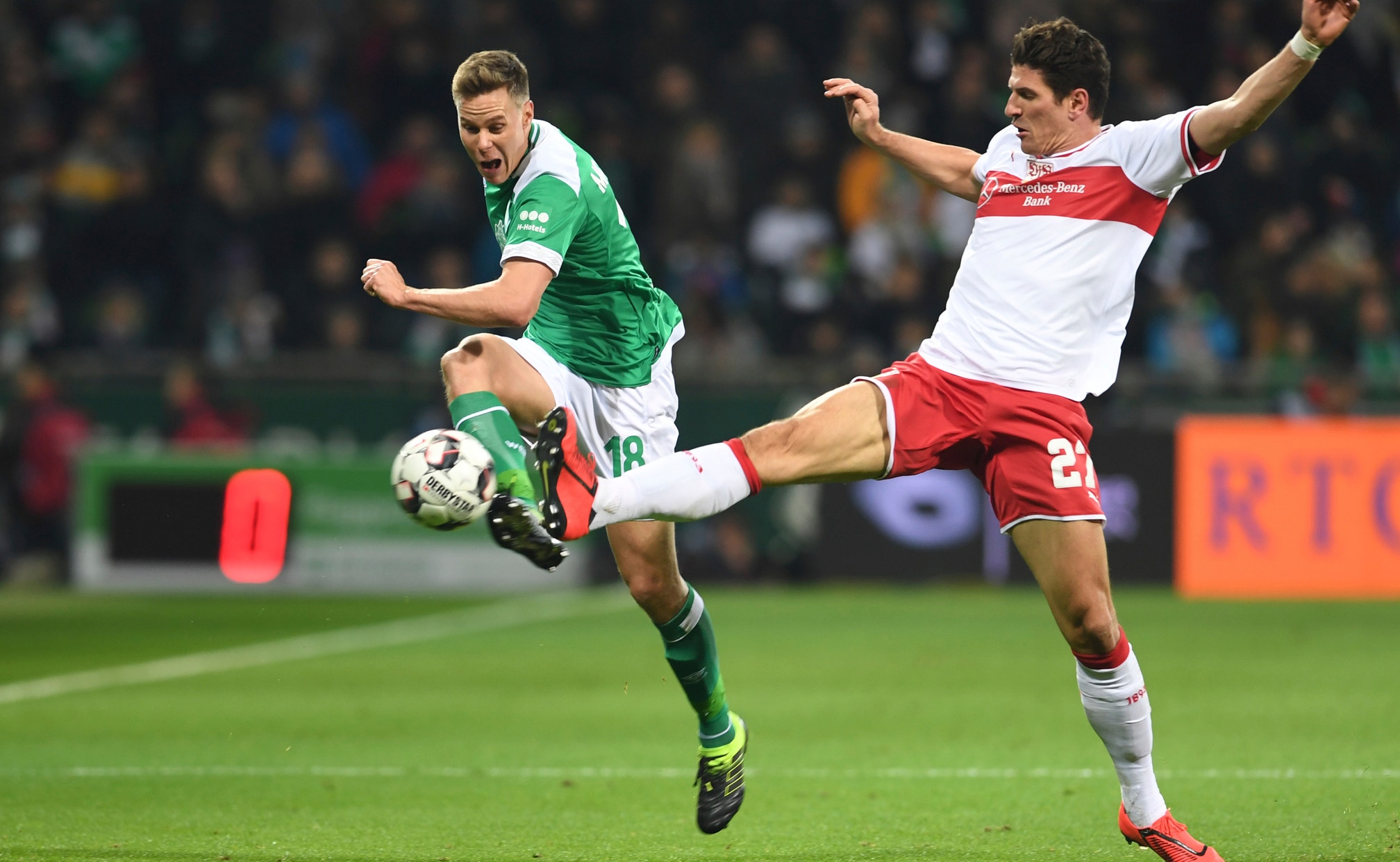 BREMEN, Germany (AP) — Werder Bremen's European hopes were damaged by a 1-1 home draw with Stuttgart in the Bundesliga Friday.

Bremen had been hoping to get closer to Wolfsburg, which occupies the last Europa League qualifying position in sixth spot, but had to be content with a move up to ninth.

Steven Zuber fired Stuttgart ahead after 61 seconds. The former Hoffenheim striker stayed cool after he was sent through by Mario Gomez to shoot beyond Bremen keeper Jiri Pavlenka and inside the far post.

Despite more possession for the hosts, it was Stuttgart which had the better chances - Gomez spurning two good opportunities - and the visitors were left to rue the misses when Max Kruse set up Dutch midfielder Davy Klaassen to equalize with a powerful strike before the break.

Bremen brought on Claudio Pizarro, who became the oldest ever goalscorer when he grabbed a late equalizer against Hertha Berlin last weekend, for the last half-hour but the 40-year-old Peruvian could not find the winner.

Stuttgart remained in the relegation zone with 16 points from 23 games.