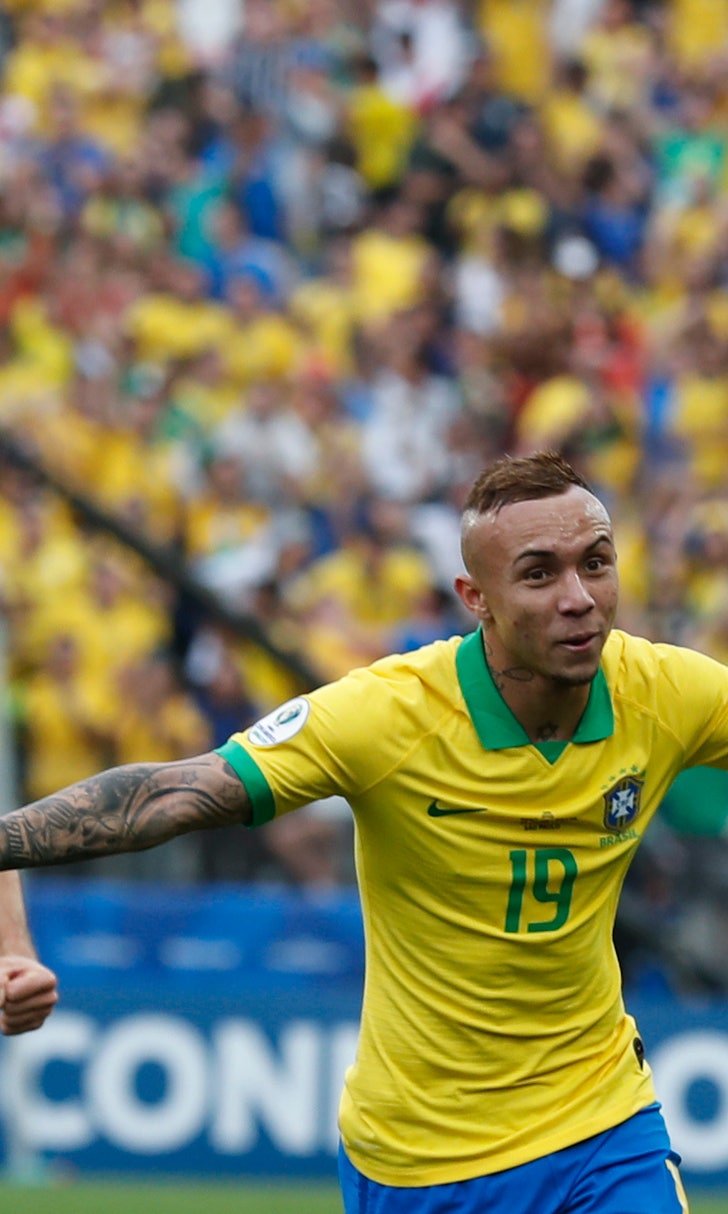 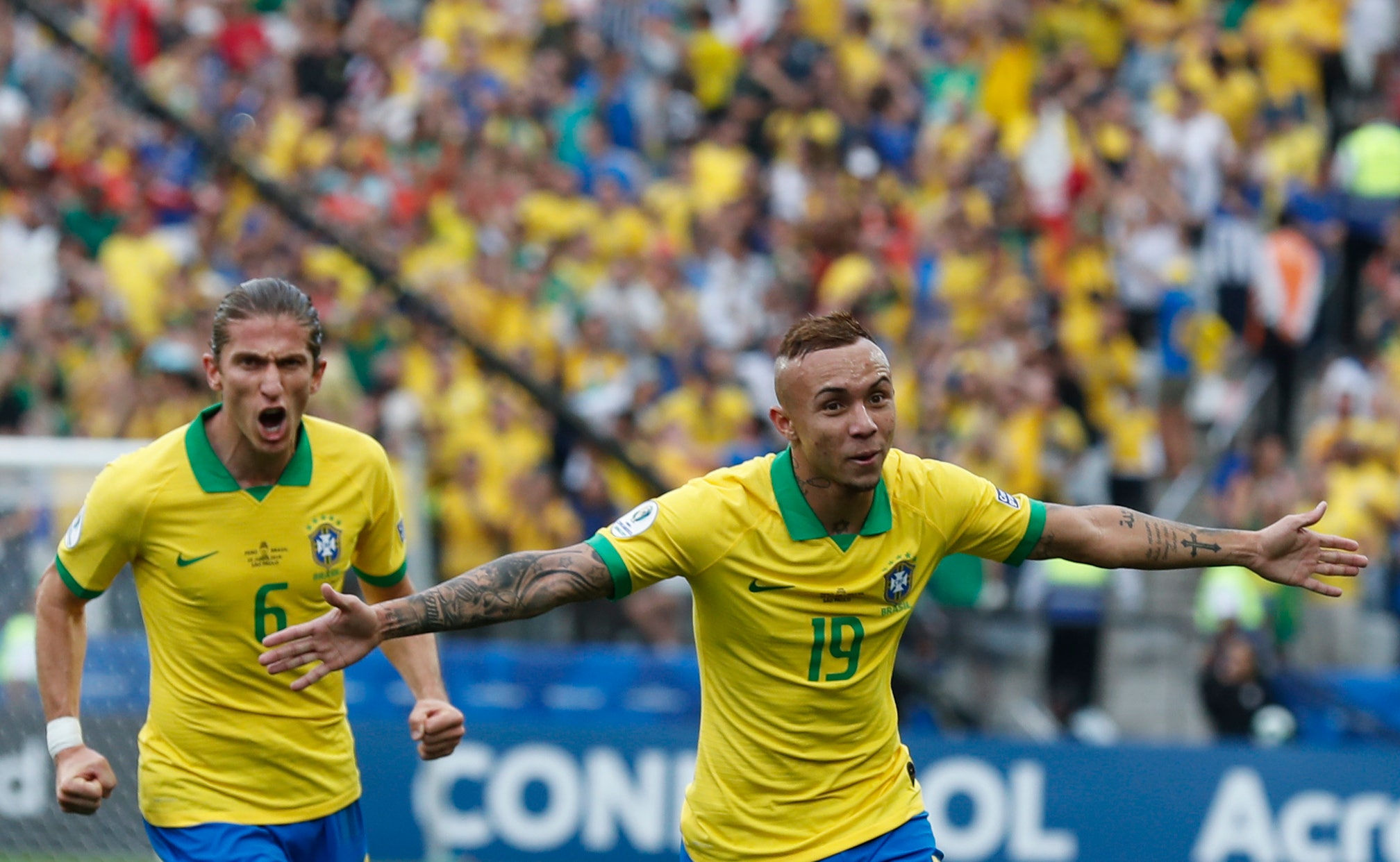 After two lackluster performances that drew jeers from the home fans and added pressure on coach Tite, Brazil got it going on Saturday in thrashing Peru 5-0 to make the quarterfinals.

Casemiro, Roberto Firmino and Everton scored in the first half, and Dani Alves and Willian in the second to keep the hosts on track for their first Copa title since 2007.

"The team played a great match," Tite said. "We created the chances and this time we were precise in front of the goal. We were more efficient."

The rout could have been bigger had forward Gabriel Jesus not missed a penalty kick in stoppage time.

Brazil finished first in Group A with seven points, two more than second-placed Venezuela, which also advanced after beating Bolivia 3-1 in Belo Horizonte.

Peru stayed with four points but can still advance as one of the two best third-place finishers in all three groups.

With a changed team led by youngster Everton, Brazil finally played well after opening with disappointing performances against Bolivia and Venezuela.

Fans had been wanting to see Everton more often and Tite finally started him. He and Gabriel Jesus replaced David Neres and Richarlison.

Everton played in the same position as Neymar, who was dropped from Brazil's squad just before the tournament because of an ankle injury. Everton was a constant threat, using his quickness and nifty dribbles to open up the Peruvian defense and ignite the crowd of more than 45,000 at Arena Corinthians.

"I was ready from the moment I was told that I was going to start," Everton said. "We played a great match. We created a lot of chances just like in the other matches, but this time we also scored."

With Tite's changes working to perfection, it didn't take long before Brazil opened the scoring.

After a corner kick taken by Philippe Coutinho in the 12th minute, Thiago Silva deflected the ball toward the goalmouth and it hit the far post before Casemiro came in to find the net with a header from close range.

Brazil added to the lead seven minutes later after a blunder by Peru goalkeeper Pedro Gallese, whose pass from the area was blocked by Firmino in front of the goal. The ball ricocheted off the striker, going over Gallese and hitting the post. Firmino was by himself to pick up the rebound, controlling the ball with his chest before clearing Gallese and finding the open net.

The third goal came in the 32nd with Everton, who cleared two defenders by cutting back toward the middle before firing a low shot by the near post. He also scored in the opening 3-0 win over Bolivia after coming off the bench.

Alves got his goal early in the second half from inside the area after a pass by Firmino, and Willian closed the scoring with a shot from outside the box.. A few minutes later, Gabriel Jesus had his shot from the penalty spot saved by Gallese.

"It's a result that hurts a lot," Peru coach Ricardo Gareca said. "There is not much to analyze right now. They were better than us, they won easily."

Peru eliminated Brazil with a 1-0 win in the final match of their group in the 2016 Copa America, handing the Selecao its first group-stage elimination in the tournament since 1987. That was Brazil's only loss to Peru in the last 19 matches between them.

An eight-time Copa America champion, Brazil has won the tournament all four previous times it hosted the event, the last time in 1989.

FIFA president Gianni Infantino was among those in attendance.

Peru
share story
those were the latest stories
Want to see more?
View All Stories
Fox Sports™ and © 2020 Fox Media LLC and Fox Sports Interactive Media, LLC. All rights reserved. Use of this website (including any and all parts and components) constitutes your acceptance of these Terms of Use and Updated Privacy Policy. Advertising Choices. Do Not Sell my Personal Info