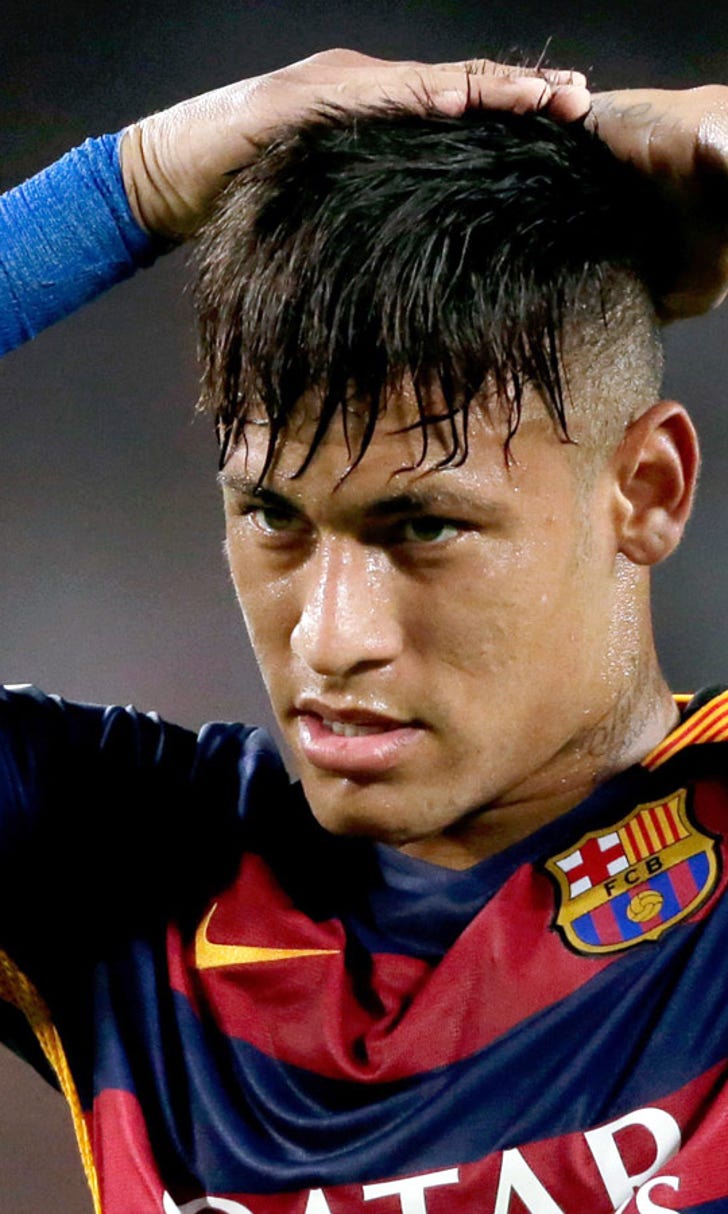 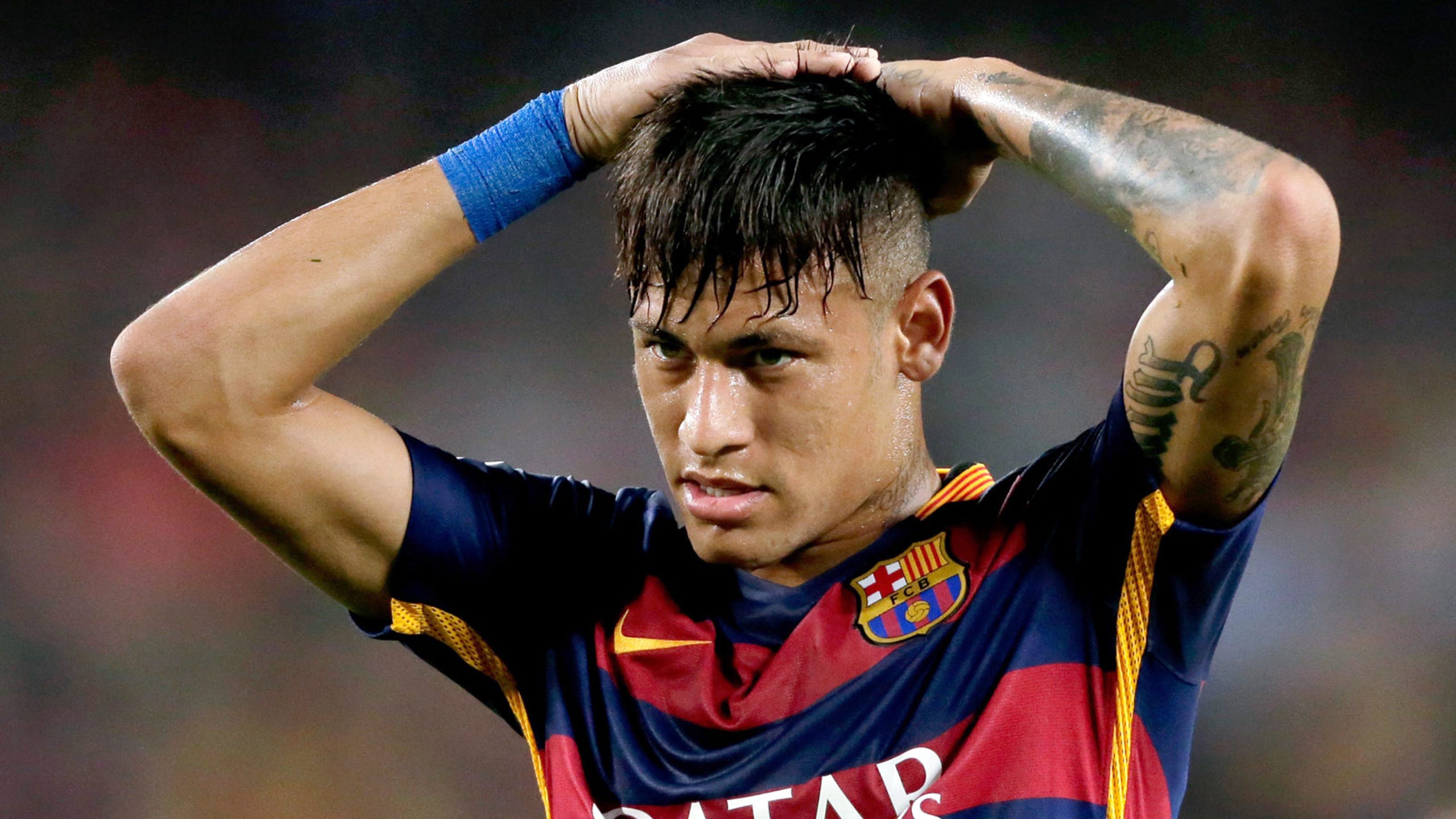 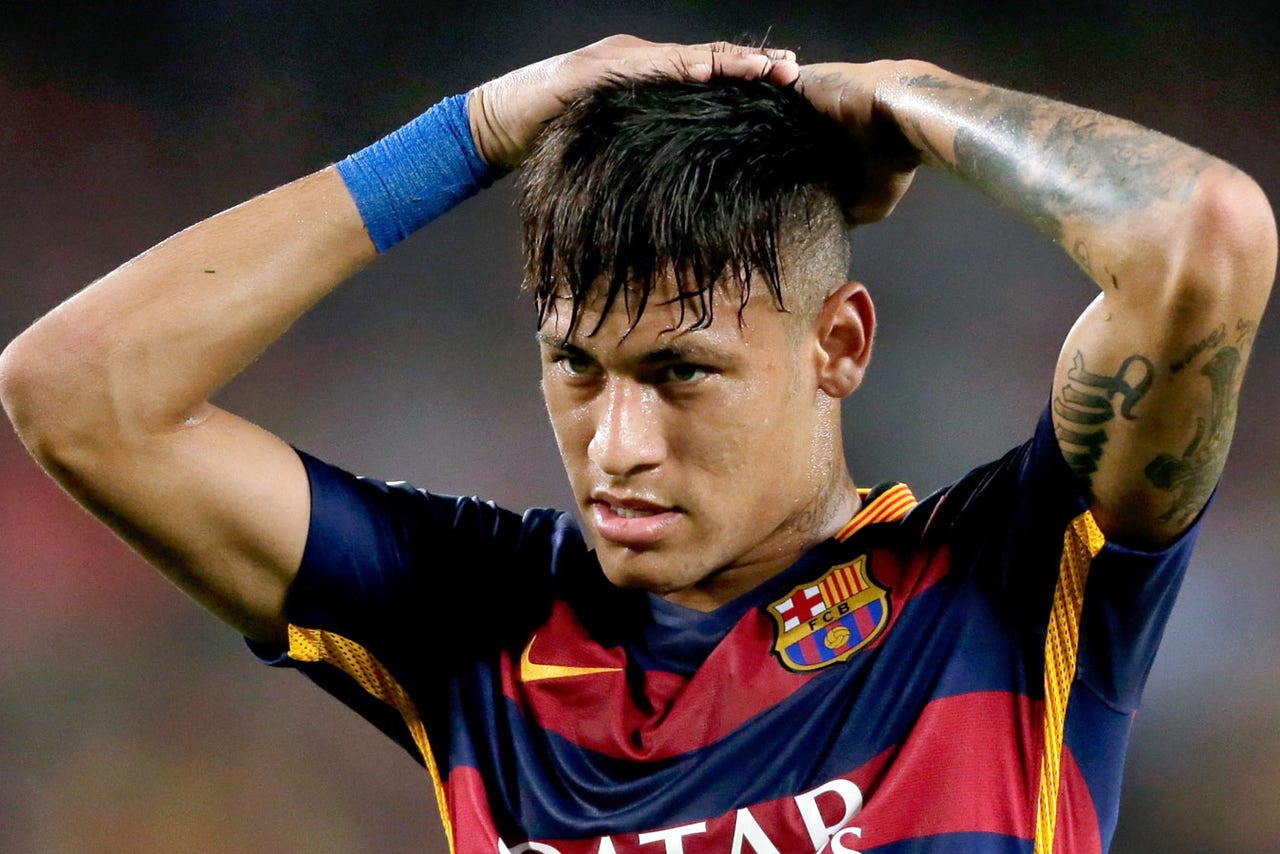 Barcelona's bid to emulate their record-breaking year of 2009 suffered a blow on the eve of their UEFA Super Cup clash against Sevilla with the loss of Neymar to illness.

The Brazil superstar has been struck down with the mumps and treble-winners Barca say he will be sidelined for the next two weeks.

That means the 23-year-old will not only miss Tuesday's clash with Europa League champions Sevilla in Tbilisi but he will also sit out the two-legged Spanish Supercopa against Athletic Bilbao later this month.

If Barca win those two titles then they will be just one step away from matching their incredible success of six years ago when, under Pep Guardiola, they became the first club to win all six major trophies available to them in a calendar year.

Midfielder Ivan Rakitic, who joined Barca from Sevilla last summer, told a press conference: "We want to carry on making history and win the sextet. But we have to take things each step at a time. And the first chance is on Tuesday in Tbilisi.

"We are confident in ourselves and in our strengths. We'll work even harder than we did last year, but we know there will be hard times this season too."

He added of Tuesday's clash: "This is not any old game for me. There is a lot of Sevilla in me, but not for this game. As I have always done, I'll be giving everything I have to Barca."

Even without one third of their all-star attacking triumvirate - the others being Lionel Messi and Luis Suarez - Barca will still be favorites to overcome Sevilla and if they do they will equal AC Milan's record of five wins in the Super Cup.

However, the Andalusian club have no intention of rolling over for the European and Spanish champions in Georgia.

Sevilla striker Kevin Gameiro, who scored a late equalizer to help his side to a 2-2 draw at home to Barca in La Liga last season, told www.sevilla.abc.es: "Of course we can (beat Barcelona).

"We know that Barcelona are a great team, who are very difficult to overcome, but it's also a game you can win. We're going to Georgia to win.

"It's tough, but we did well on our ground last season. They were better for 20 minutes but then we gained in confidence and played our game."

Sevilla boss Unai Emery, who has not beaten Barcelona in 19 matches as a coach, has seen key duo Carlos Bacca and wing-back Aleix Vidal leave this summer but has brought in the likes of Yevhen Konoplyanka, Ciro Immobile and Adil Rami.

Rami is one of those who is a doubt for Tuesday's match though, along with Timothee Kolodziejczak, but another new boy Steven N'Zonzi was ruled out on Monday with gastroenteritis.

For Barca, Neymar is the only member of Luis Enrique's first-team squad not making the trip as injured duo Jordi Alba and Douglas as well as new signings Arda Turan and Vidal - neither of whom can play until January - have traveled with the team despite not being available.

The loss of Neymar could open the door for Pedro, who has been heavily linked with a move to Manchester United in recent weeks.