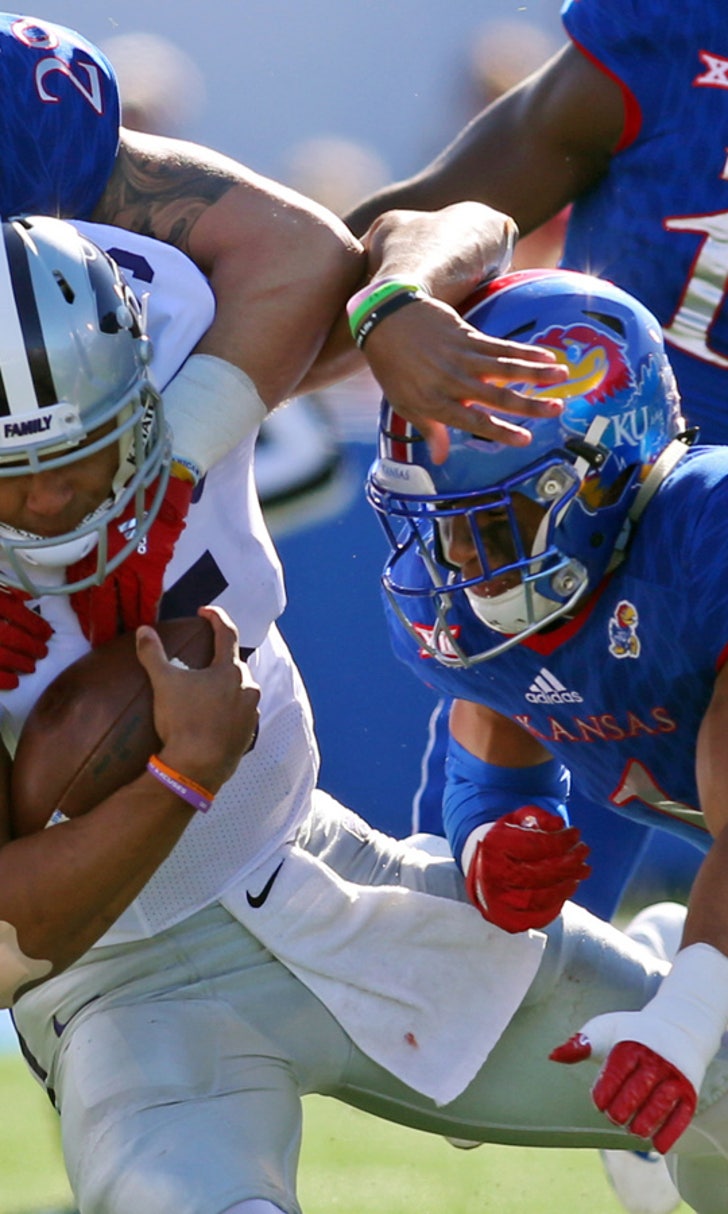 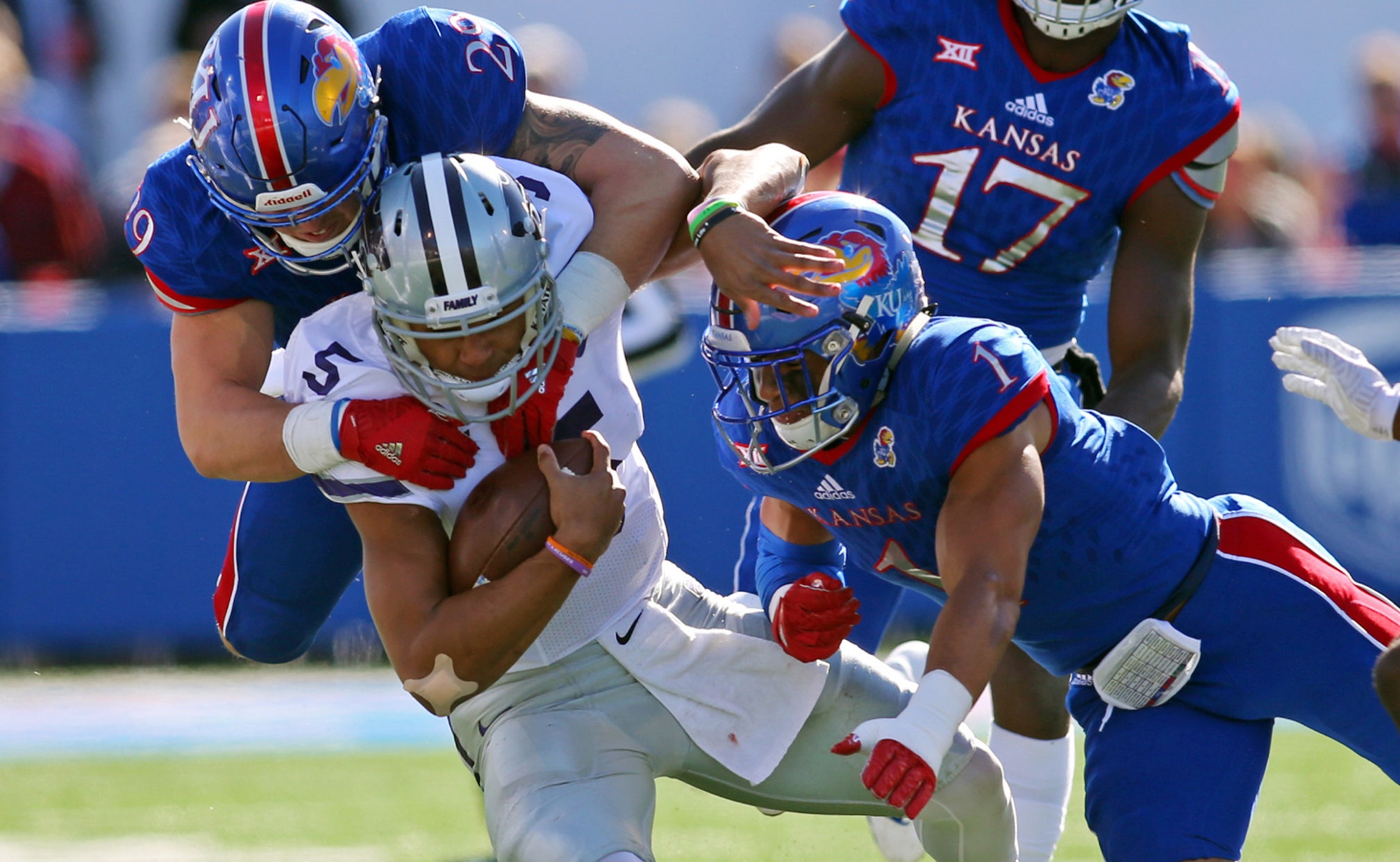 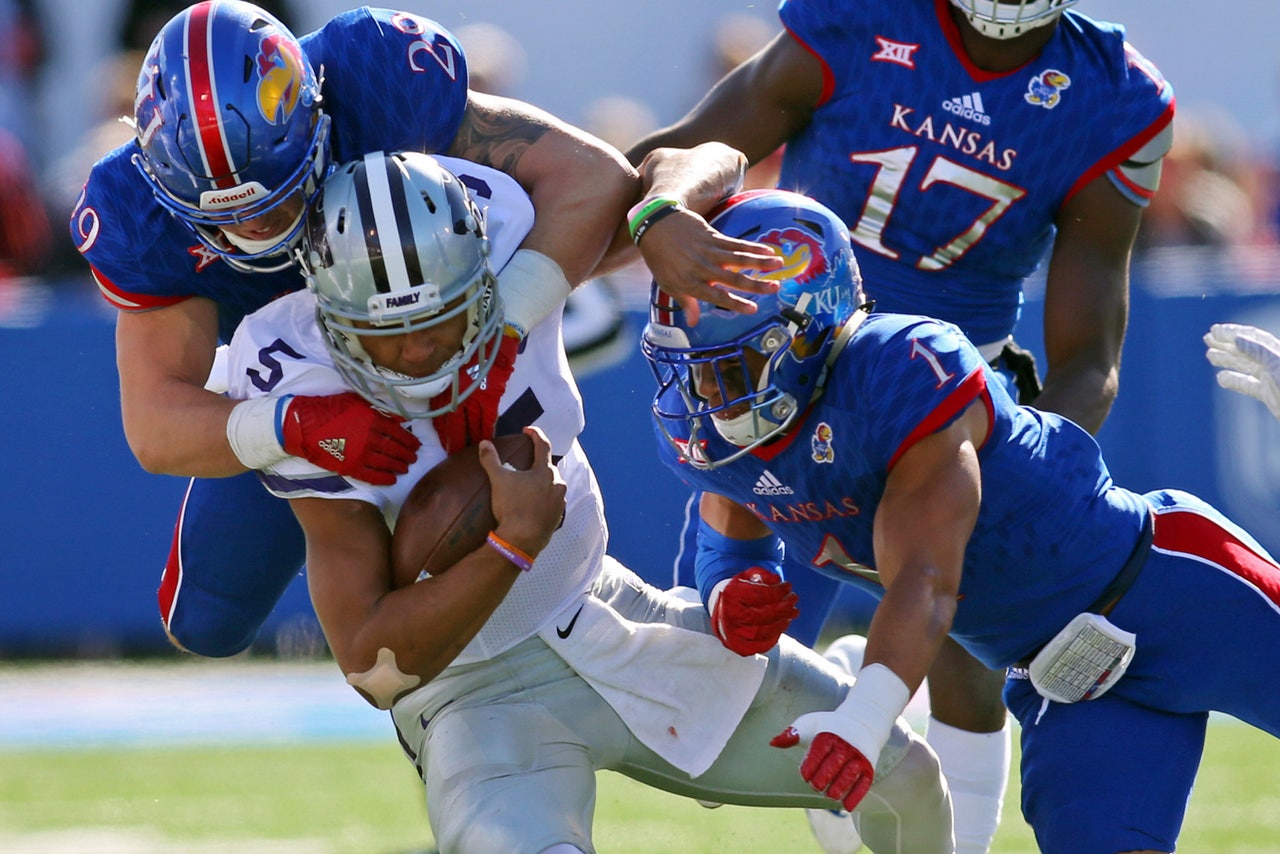 LAWRENCE, Kan. -- Bill Snyder learned to appreciate special teams about six decades ago, when the 78-year-old Kansas State coach was a small-college wingback who wasn't good enough to play anywhere else.

The emphasis that he places on them showed Saturday.

The Wildcats got a 99-yard kickoff return touchdown from D.J. Reed and made several other crucial plays in the punt and kick return game, setting them up for a 30-20 victory over upset-minded Kansas that greatly improves their chances of playing in a bowl game.

"It was the difference in the ballgame," Snyder said.

Alex Barnes added 128 yards and two rushing touchdowns for the Wildcats (4-4, 2-3 Big 12), who snapped a two-game skid with their ninth consecutive win over their biggest rival.

The Jayhawks (1-7, 0-5) got within a touchdown when Carter Stanley hit Steven Sims with a 60-yard touchdown pass with 6:51 to go. But after the teams swapped possessions, the Wildcats' Matt McCrane hit his third field goal from 41 yards out with 1:21 remaining to put the game away.

Alex Delton, starting for the injured Jesse Ertz, threw for 98 yards and ran for 36 yards before leaving late in the first half with an injury of his own. Third-string quarterback Skylar Thompson played the rest of the way, going 4 of 6 for 40 yards and running 10 times for 39 yards.

"It's the next-man-up mentality. I've approached every game this year like I was the starter," the redshirt freshman said. "I was comfortable. I was confident. But we didn't play our best game."

Stanley finished with 418 yards passing, the third time in four games an opposing quarterback has thrown for at least 380. Sims hauled in nine catches for 233 yards.

The Jayhawks only managed 21 yards total offense their last time out against TCU, and they hadn't scored in nine quarters heading into the game. But they had 137 yards in the first 15 minutes -- more than in their last two games combined -- and led 3-0 after Gabriel Rui's early field goal.

But the Jayhawks' momentum only lasted as long as it took Reed to run back the ensuing kickoff 99 yards for a touchdown. The return highlighted the potent ability of the Wildcats' special teams and a glaring weakness of the Jayhawks, who have surrendered three return TDs this season.

"If you saw that football game, I think you would have a hard time not realizing where our breakdown was," Kansas coach David Beaty said. "We had several of them on the offensive and defensive sides of the ball too. It never lands in one area."

McCrane added the first of his field goals to make it 10-6 at halftime, and the Wildcats needed just over a minute to turn a fumble by Stanley on the first play of the second half into another TD.

The Jayhawks tried to make it a game by marching 97 yards early in the fourth quarter. And when Taylor Martin scored from five yards out, they not only had their first touchdown in 12-plus quarters but also cut the Wildcats' lead to 20-13 with 13:26 left in the game.

Kansas State's defense forced a punt in the shadows of the Jayhawks' own goalpost, though, giving the Wildcats excellent field position. Barnes carried three straight times, and his nine-yard scamper on first-and-goal with 7:36 remaining gave them a cushion that would come in handy.

"Obviously wish we would've come out on top," Stanley said, "but it was nice to see some offensive production. I'm proud of these guys for how hard they worked all week."

Kansas State: The Wildcats continue to own the Sunflower State, winning five straight in Lawrence and 22 of 27 against Kansas overall. But the chasm separating the programs has narrowed to a crack, and that appears to have as much to do with Kansas State backpedalling as the Jayhawks progressing.

Kansas: The Jayhawks at least made the game competitive, but another loss for Beaty will only turn up the heat on him. It should also turn up pressure on athletic director Sheahon Zenger -- a banner flying overhead before the game called for his ouster. "That's asinine," Beaty said. "That's crazy. I don't have any other words for it. He's our leader and we believe in him. We always have."

Kansas plays host to Baylor on Saturday in a battle for the Big 12 cellar.