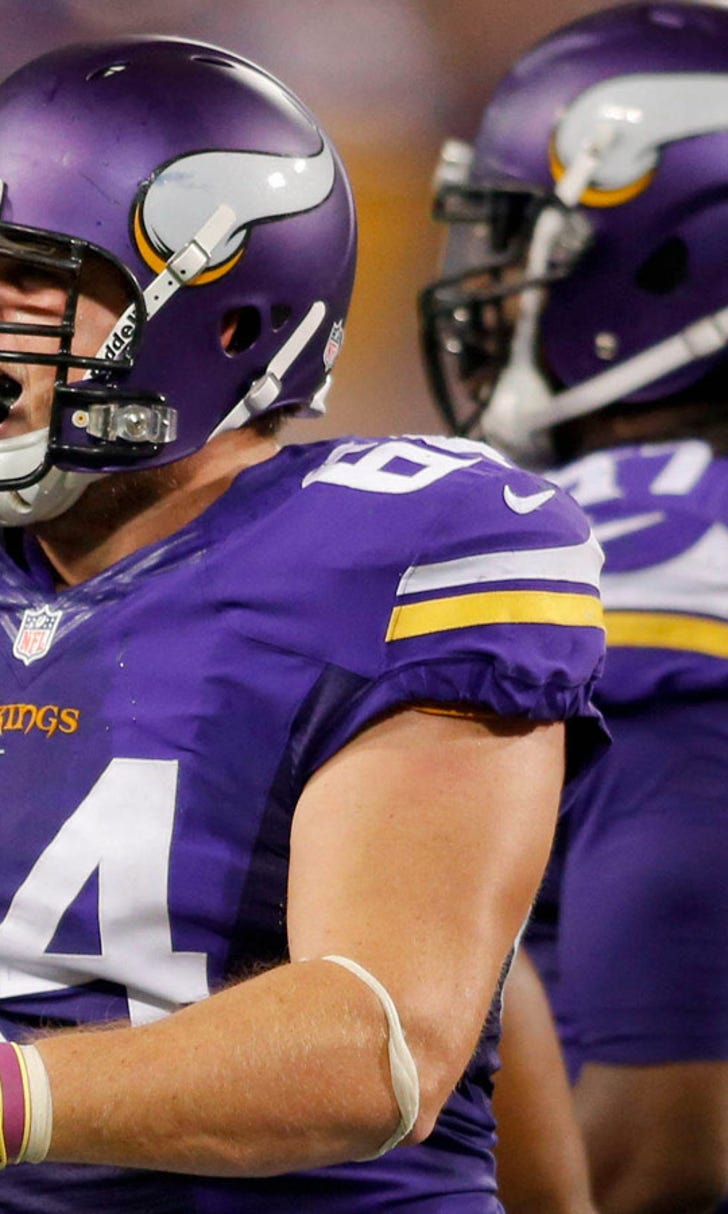 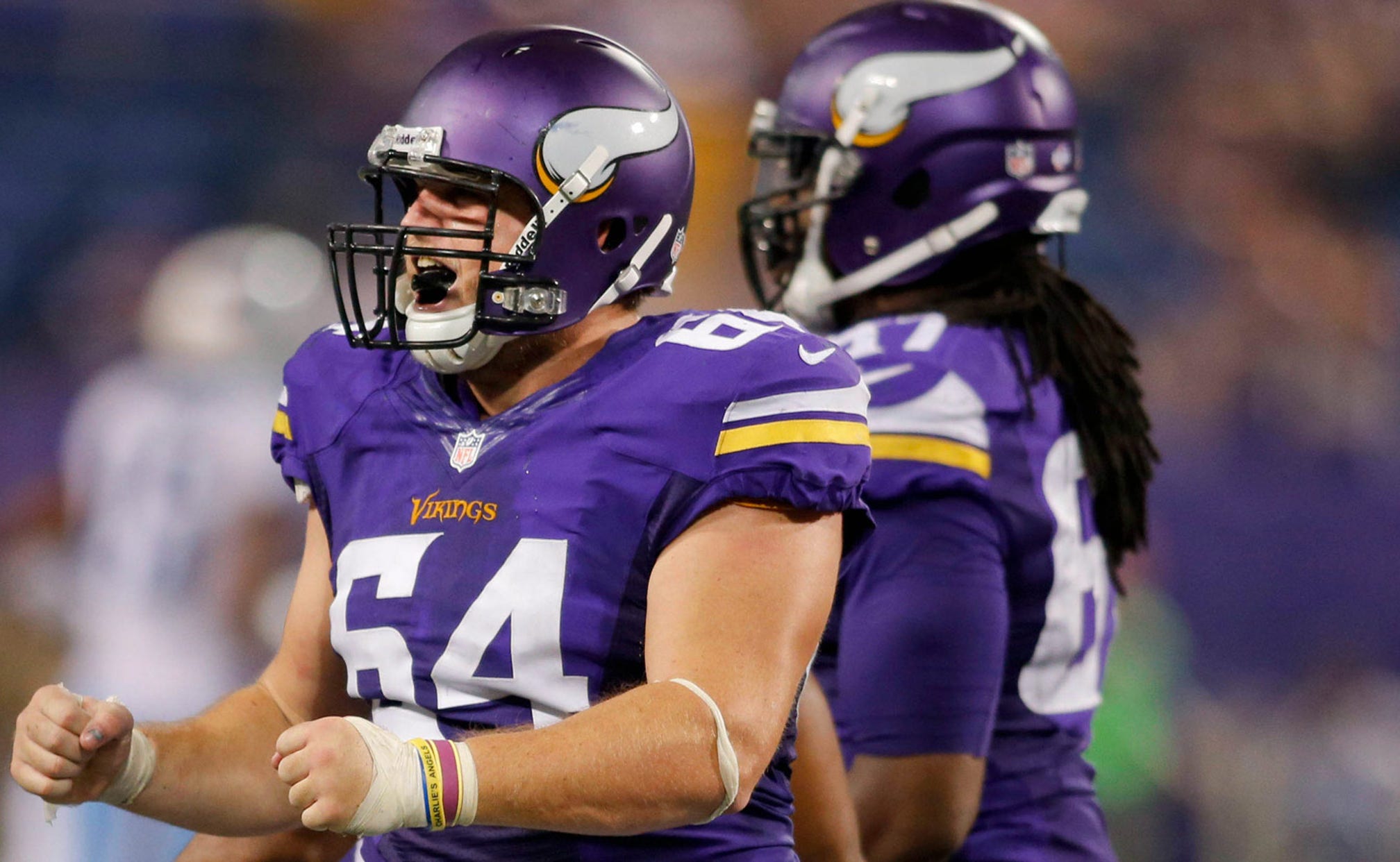 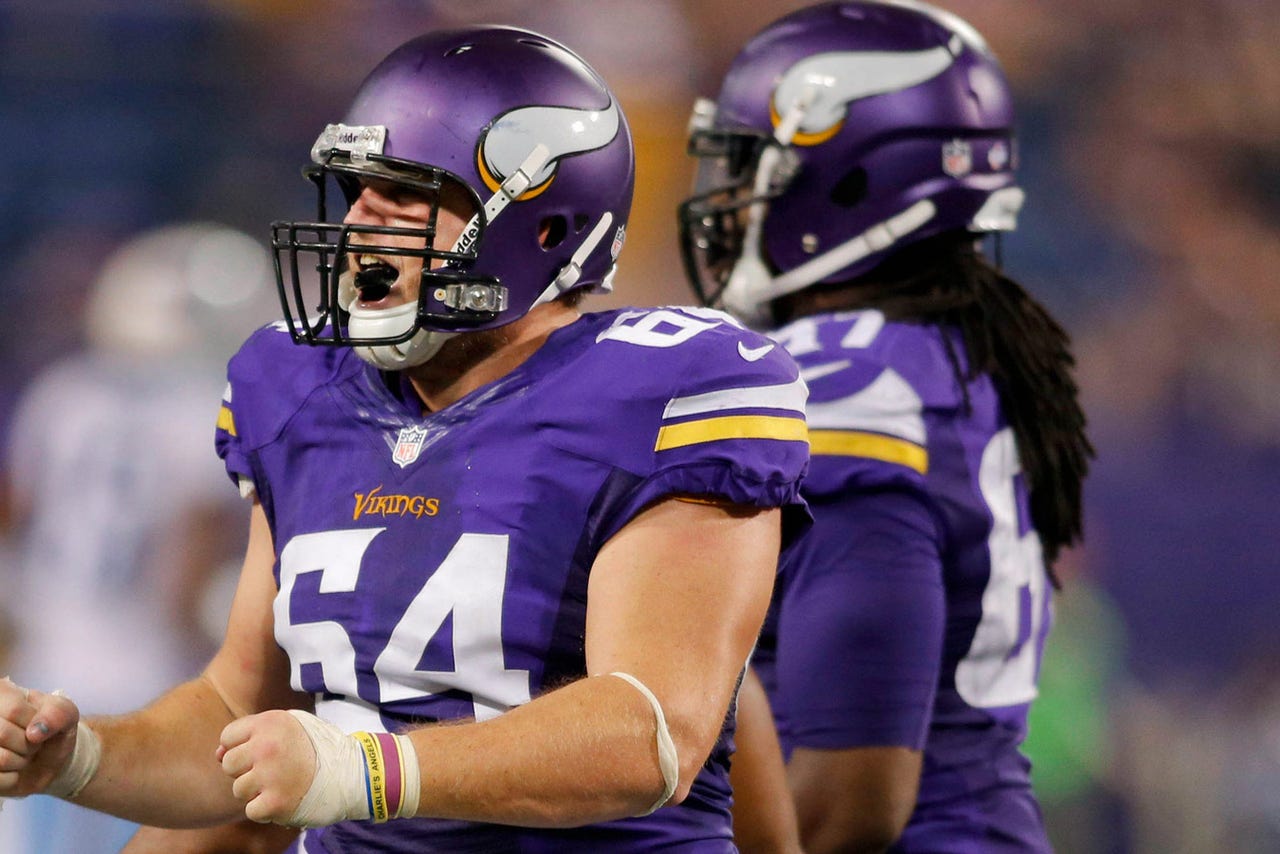 Minnesota Vikings defensive lineman Spencer Nealy was suspended by the NFL for the first four games of the 2014 regular season after violating the league's policy on performance-enhancing substances.

Nealy, 24, spent part of last season on Minnesota's practice squad as an undrafted free agent out of Texas A&M. Nealy, who hasn't played in a regular season NFL game, is eligible to participate in training camp and preseason practices and games, but won't be eligible to join the team's active roster during the regular season until Monday, Sept. 29.

"Recently I learned from the NFL that I tested positive for a stimulant that is banned under the NFL policy," Nealy said in a statement released by the NFL Players' Association. "I worked with my agent and the union to investigate the test results, and I learned that a supplement I took contained a banned stimulant.

"I understand that the NFL policy is very strict, and I take responsibility. I'm very sorry for the impact of this situation on my teammates, the Vikings organization and Vikings fans. I will work extremely hard during training camp, and during the suspension, I will stay in top shape and will be ready to contribute upon my return."

Nealy will have to spend the four weeks of his suspension away from the team and won't be able to return until after Minnesota's Week 4 game against the Atlanta Falcons.

The Vikings signed Nealy last August after he spent some time with the Detroit Lions after going undrafted. He was among Minnesota's final preseason cuts before being brought back in November. He was signed to a futures contract by the team in January.

Inside The Patriots' Shocking Decline
Something has changed in New England and it has done so with stunning rapidity, Martin Rogers writes.
9 hours ago

Playing Favorites In Week 8
A big-time NFC West clash leads Week 8, and Jason McIntyre's riding with the Seahawks in his parlays and teasers.
13 hours ago

MVP Watch: Brady Enters Fray
Russell Wilson has a firm lead in the MVP race, but a three-time winner with an unrivaled pedigree is creeping up the list.
15 hours ago

Newton's Flaw
After starting the season on a high, Cam Newton has come back down to earth ⁠– hard. Can he and the Pats salvage the season?
17 hours ago
those were the latest stories
Want to see more?
View All Stories
Fox Sports™ and © 2020 Fox Media LLC and Fox Sports Interactive Media, LLC. All rights reserved. Use of this website (including any and all parts and components) constitutes your acceptance of these Terms of Use and Updated Privacy Policy. Advertising Choices. Do Not Sell my Personal Info