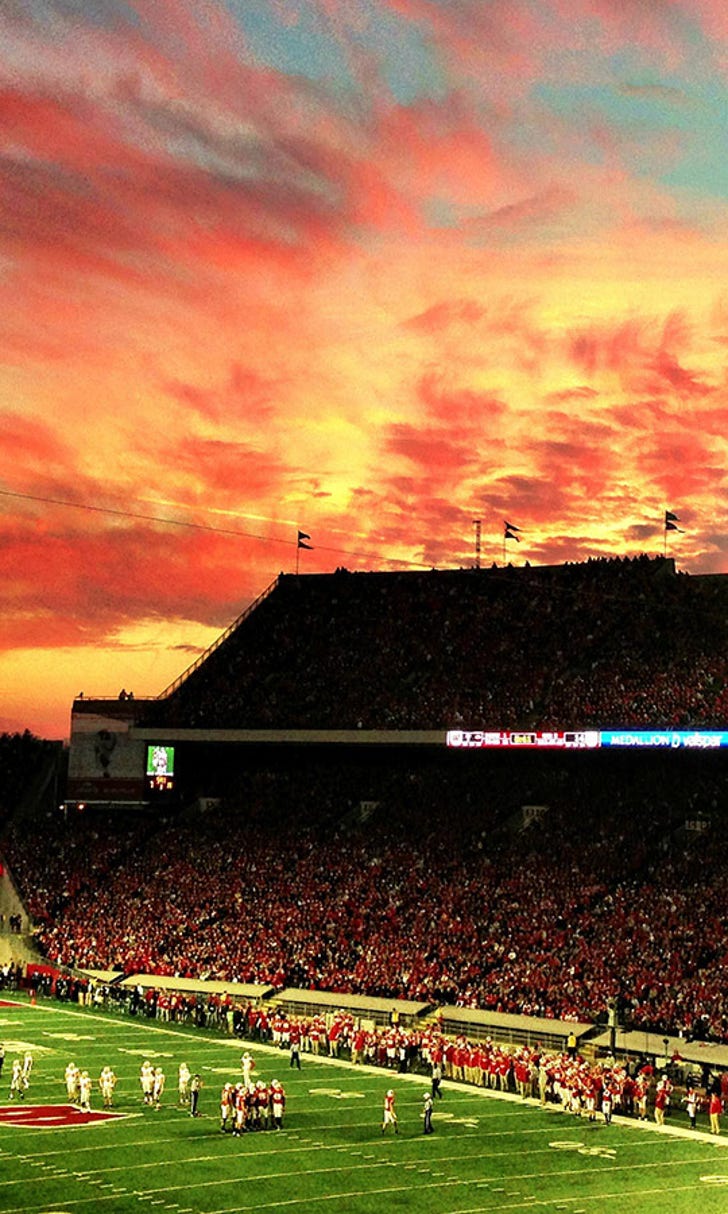 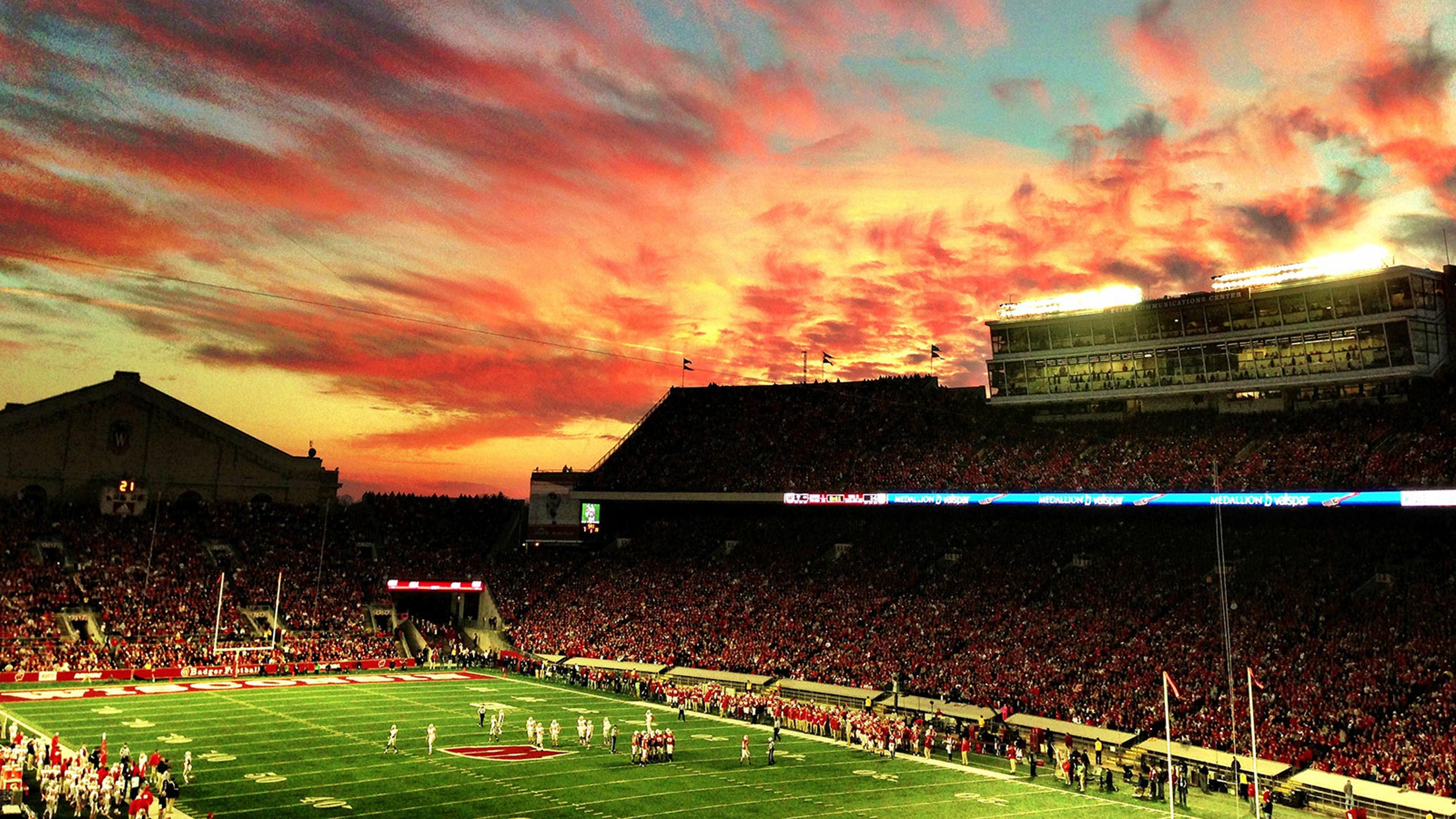 The off-beat preview: Wisconsin vs. Rutgers

If you are looking for hard-hitting analysis, yeah, this ain't it. But if you want a fun, entertaining read, you've found the right place. For more of Brandon Rifkin, please head to his blog or follow him on Twitter.

But it's fine. We'll take the easy wins to pump the record. In all honesty I'm rather enjoying a low-stress season. A loss on a Saturday puts everyone in a pootie mood. But this year? This year we're all just having fun and throwing back beers and living the high life.

3) Iowa, 7-0 (3-0). My company had a costume thing during a party on Tuesday and someone went as the whichever shark it was from the Super Bowl halftime show last year. Or at least it feels like it was last year. Hasn't that window closed? That was like the first week in February. Might as well go as Donald Trump for Halloween 2k16 while you're at it.

5) Wisconsin, 6-2 (3-1). So the UW-Madison Police Department was tweeting that they were out enforcing bike/pedestrian safety, and some bro started blasting them saying it was basically a shakedown. In response, they tweeted out a few videos of bike/pedestrian accidents that looked TERRIBLE. I loved this guy's last shot, though: 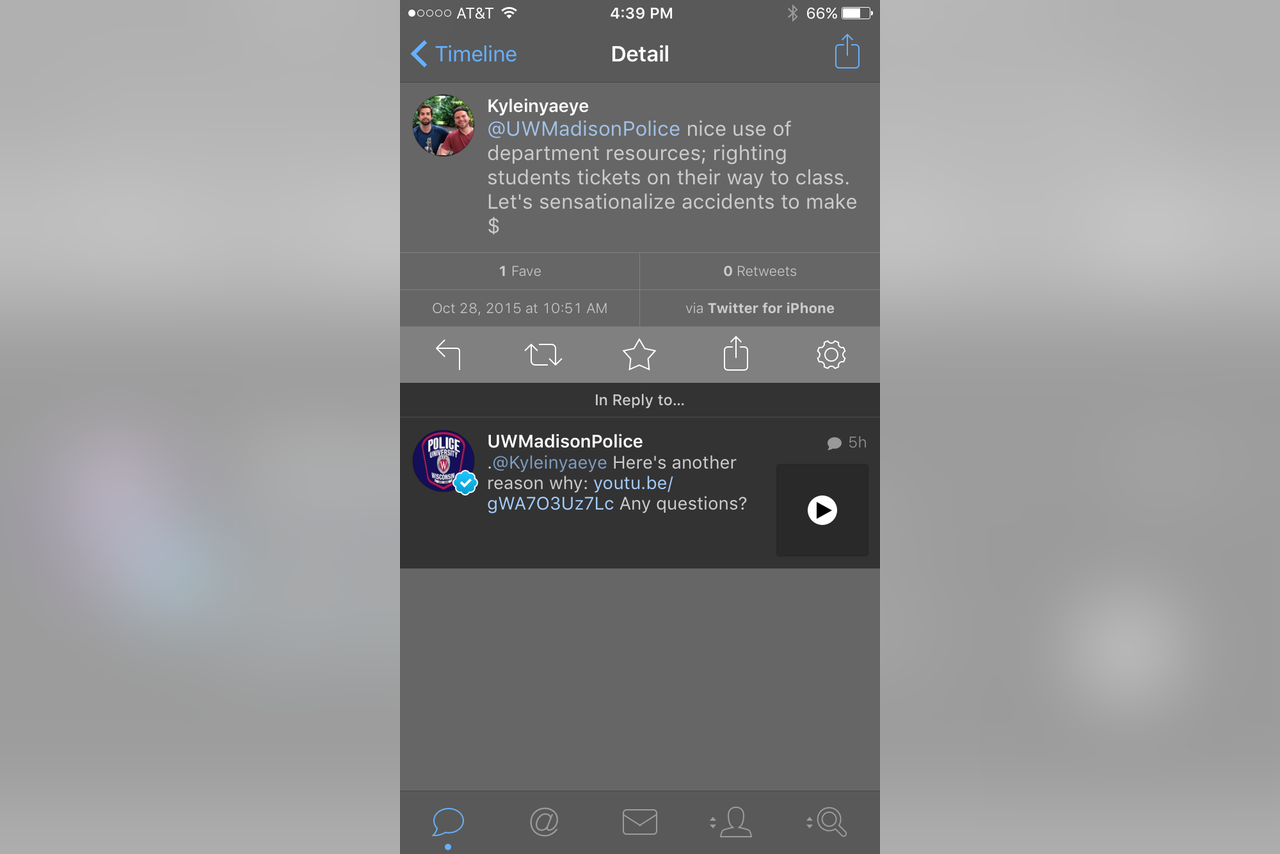 Just to be clear: we don't know for sure that this guy is a UW student. But he probably is. And here's a guy that will hold a degree from the same university that you and I do. This is a sad realization. #WriteFromWrong

7) Northwestern, 6-2 (2-2). Actually pretty impressed with that win in Lincoln. I get the feeling Fitzgerald will be coaching these guys for the next 30 years.

9) Illinois, 4-3 (1-2). Yup. Weird game (Stave concussed), meh weather, closer than it had to be but we still pulled it out. Can't imagine myself ever going to a game there to see that crap.

10) Minnesota, 4-3 (1-2). No jokes about Kill resigning. Really sad news and hopefully he can sort out (or at least control) his medical issues.

11) Nebraska, 3-5 (1-3). There's really no reason for Nebraska to ever be a national power again, and I find that positively delightful.

12) Maryland, 2-5 (0-3). Snapchat just released another A++ update. First we had rainbow puke. Now we get the ability to put any video snap in reverse, slow motion, or fast forward? That's brilliant. There have been way too many times I've taken a video normal and wished I could slo-mo it after the fact. Bang, Snapchat just changed the game.

Snap vids are about to be flying off the reservation. Is that a saying?

New Brunswick just SOUNDS like it's in Jersey. But if by some unfortunate circumstances you end up there, make your way over to Harvest Moon Brewery. Oddly enough, I immediately gravitated towards their food menu. Two reasons:

• Their head chef's nickname is TANK

Tank can cook for me any day. Oh, and those appetizers. RANKED:

5) French Onion Pale Ale Soup. I love a good bowl of French onion, and this one is brewed up with some beer? I'd munch.

3) Onion Petals. Mainly because the sauce game is so strong: chipotle-smoked bacon aioli, Dijon-horseradish, honey-beer mustard, mango ranch, buffalo sauce. That's a situation where the waiter asks what sauce I want and I just go "uhhh all would be good, thanks"

2) Bacon Croquettes. Smoked bacon, caramelized onion, cheddar potato all balled up and fried? Are those sauces available here as well?

1) Quesadilla . . . OF THE DAY. Each day Tank whips up a new quesadilla? Freaking brilliant. I don't care what he's throwing in there, I'll take two and at least 3 sauces for experimental dipping.

• I just measured my bicep with a tape measure

• Chocolate candy is a million times better than sweet candy, HOWEVER I kinda like eating candy corn ONLY if you three-bite each one by color

THIS WEEK'S GAME IN HAIKU

I say it right now:

If we somehow lose this one

Then I'm on to hoops

VIDEO OF THE WEEK

Dying. Where has this video been all of my life? Always thought pugs looked like aliens, and then the pug in "Men In Black" WAS an alien, and now we get PUG FILES, which is a pug-centric smash hit about aliens? It's all working. Everything is in sync. 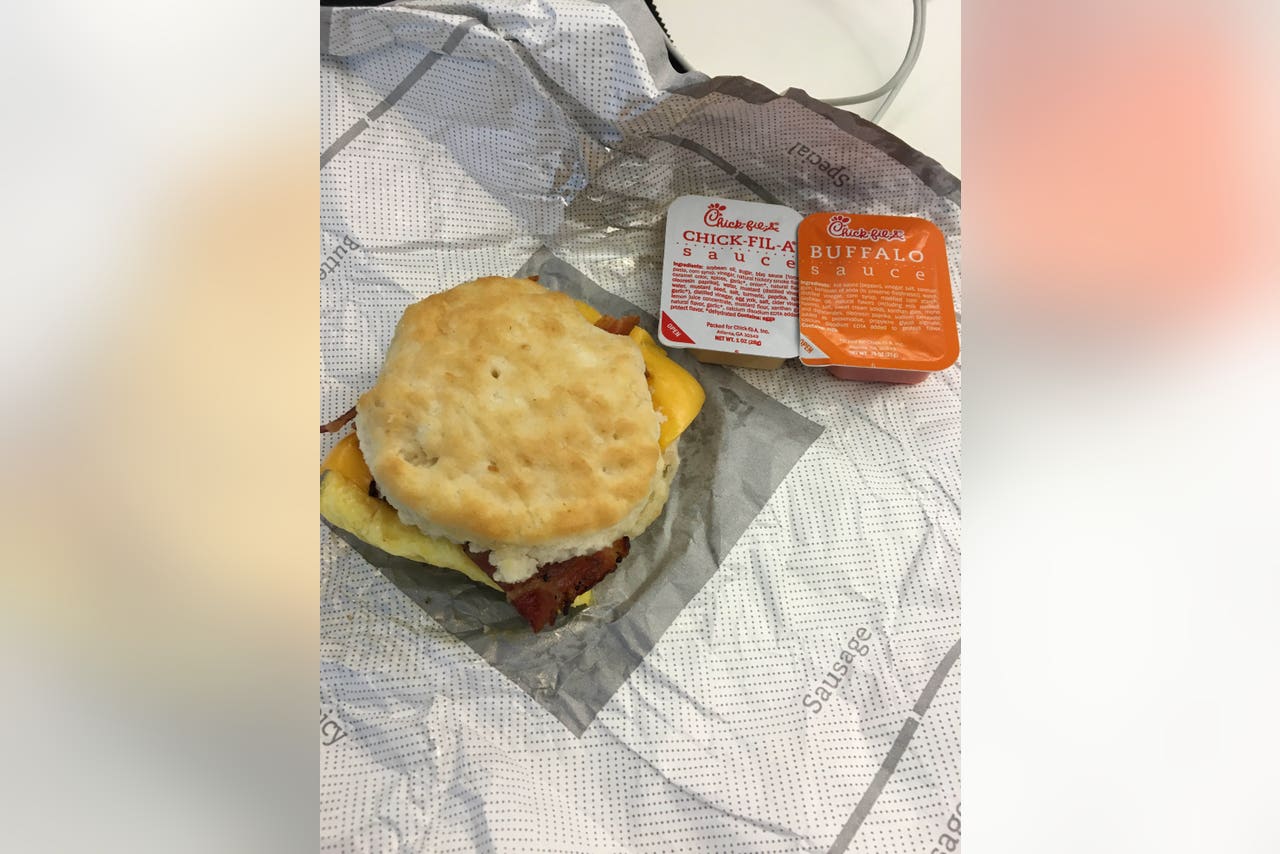 Chick-fil-A BREAKFAST BISCUIT SANDWICH. I always forget that they have breakfast food when I'm on the (typically hungover) hunt for something to eat on my way in to work. But a co-worker was eating one of their breakfast sandwiches the other day and I knew I found my motivation. It felt weird not getting a chicken sandwich (this was bacon/egg/cheese), but that's because I wasn't sure how I felt mixing chicken with pre-chicken. Like, what kind of nut gets grilled chicken in an omelette? Nobody, right?

Next time I go I'm getting a chicken/egg/cheese sandwich and I can't WAIT.

PS -- This was the first time I was stumped on the "do you want any sauces?" question. Did they have special BREAKFAST sauces? Is there some kind of honey-smoked syrup I don't know about? Fudge it just give me some Chick-fil-A and buffalo and I'm good to go.

PPS -- I'm aware this isn't the best picture I've ever taken, but I was just very excited and had like 6 minutes to eat before a meeting. DWI.

Still tracking towards the ugliest 10-2 team in football history. But winning ugly is so much better than losing ugly, so we have to just roll with it for now. And we gonna keep on rolling in Madison this weekend. THE PICK: