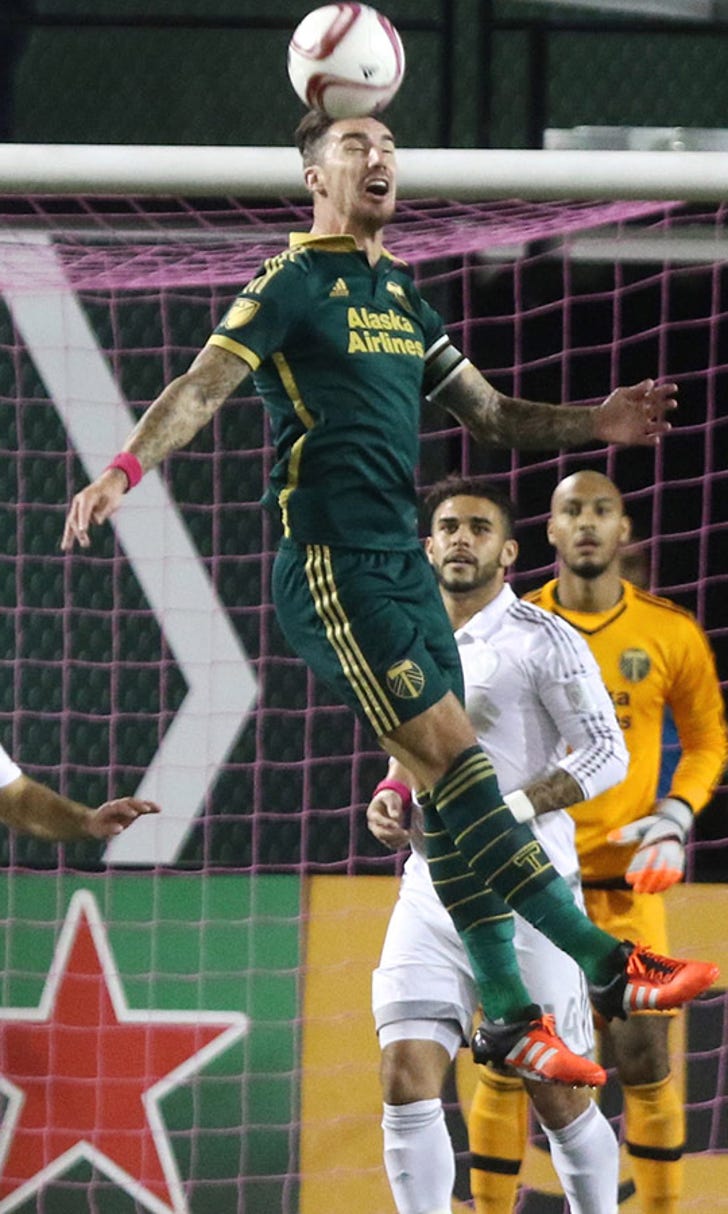 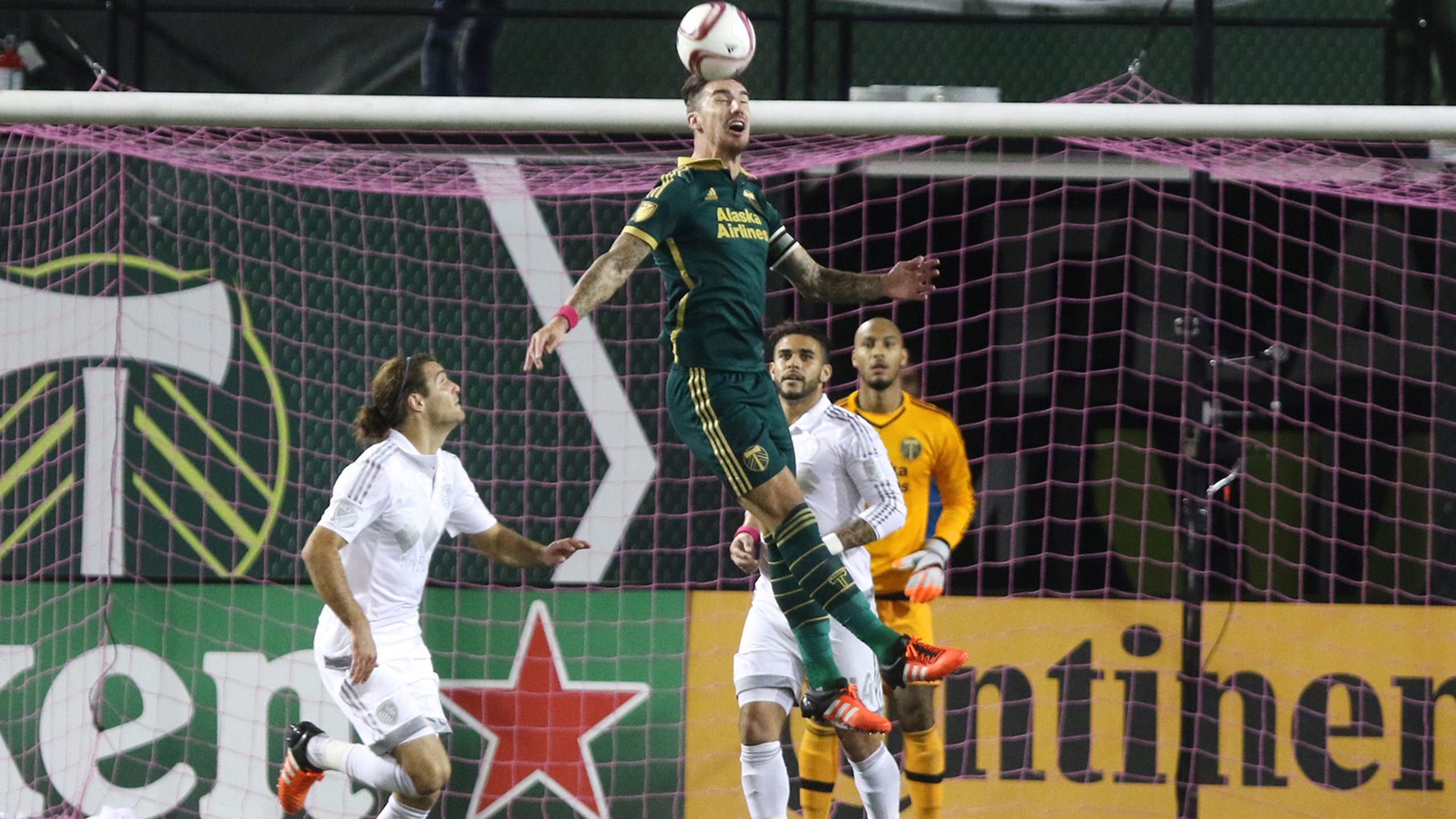 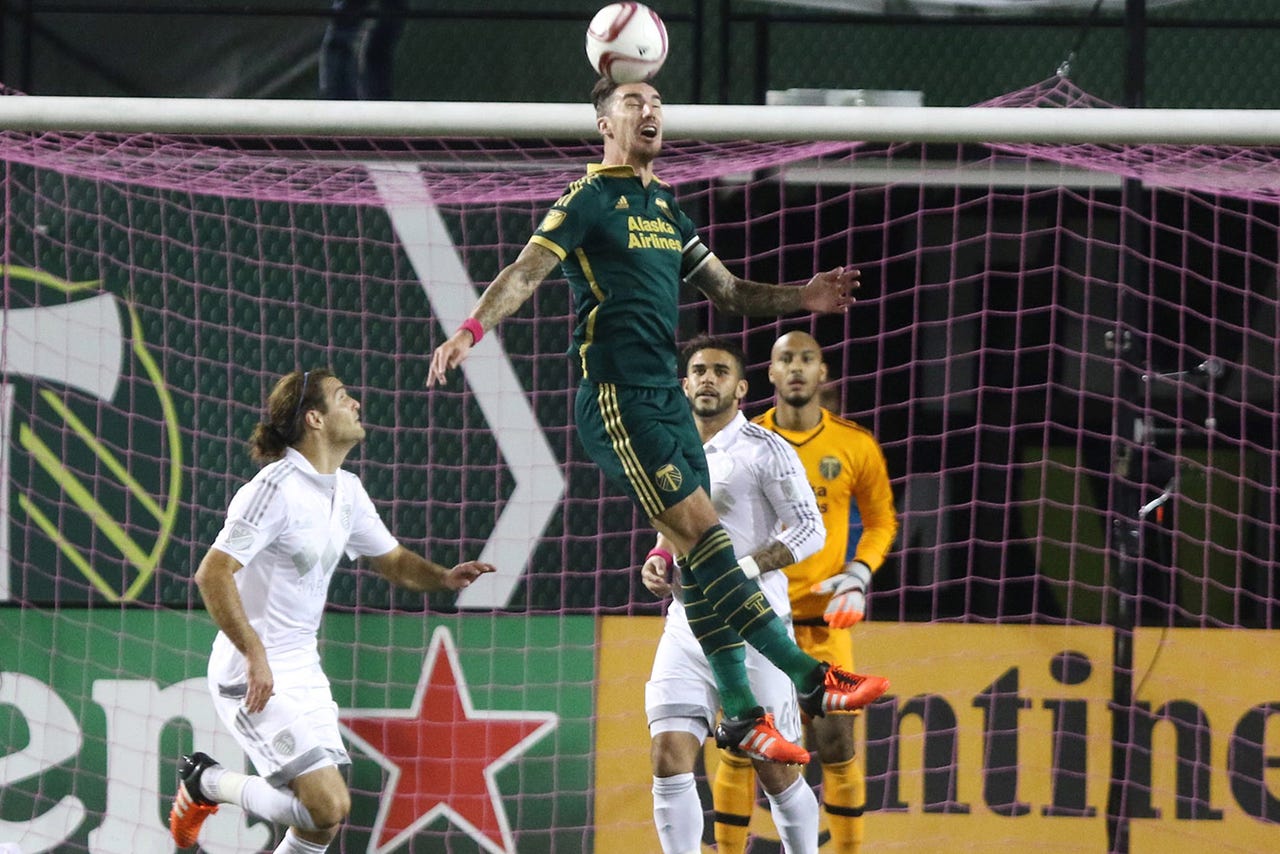 PORTLAND, Ore. -- The Portland Timbers advanced in the MLS Cup playoffs in dramatic style by besting Sporting Kansas City 7-6 on a penalty shootout after a tense 2-2 draw on Thursday night.

Rodney Wallace scored in the 57th minute to put the Timbers in front, but Kevin Ellis scored the equalizer for Kansas City in the 87th minute and the match went to extra time.

After Krisztian Nemeth's top-corner lgoal in the 97th minute, Maximiliano Urruti answered in the 118th, and the match went to penalty kicks.

The shootout came down to the goalkeepers for both sides. Portland's Adam Kwarasey buried his before stopping Kansas City backup keeper Jon Kempin's shot for the victory.

It is the fourth straight win for the Timbers, who will host Vancouver in the first of a two-legged playoff on Sunday.

It was also Portland's first victory in five overall matches against Kansas City, which was making its fifth straight appearance in Major League Soccer's postseason.

Portland finished the regular season 15-11-8 for third in the Western Conference. The Timbers won their final three games, outscoring opponents 10-3, including a 4-1 victory over Colorado on Sunday.

Sporting defeated Los Angeles 2-1 in the regular-season finale to finish 14-11-9 and secure the last playoff spot in the West. The MLS playoffs expanded this season to include 12 teams.

It is Portland's second appearance in the playoffs since joining the league in 2011. The Timbers finished with the West's best record in 2013, but fell in the two-legged playoff to Real Salt Lake in the conference finals.

Kansas City won its last MLS Cup that season, defeating Salt Lake on penalties after a 1-all draw. The team also won the league championship in 2000.

Portland and Kansas City had never met in the playoffs.

The Timbers were without dynamic midfielder Diego Chara, who was injured last weekend in the second half of the victory over the Rapids. The exact nature of the injury was not known. Jack Jewsbury got the starting nod in Chara's place.

Portland's best chance in the first half was Nat Borchers' header off a corner kick that sailed just wide of the far post in the 30th minute. Dom Dwyer missed just wide of the net for Kansas City in the 49th, then again was off the mark with another strike some six minutes later.

Portland broke through in the 57th. With Diego Valeri tying up defenders in the box, Wallace ripped a shot into the back of the net. It was his second goal of the season.

Sporting goalkeeper Tim Melia was knocked in the head in the 69th and there was a delay for several minutes. With a cut to his face, Melia was later subbed out and replaced by Jon Kempin.

Melia had been fantastic this season against the Timbers, with a career-high seven saves in a scores draw at Providence park, then with six saves in Sporting's 1-0 victory in Portland earlier this month.

Things got chippy in the 75th when Portland's Lucas Melano was fouled and the two teams got into a shoving match. Kansas City's Amadou Dia and Nemeth were handed yellow cards.

Ellis headed Graham Zusi's perfect serve to tie it before Nemeth fooled a Portland defender and right-footed a goal into the top corner.

On Oct. 3, Nemeth came off the bench to score in the 83rd minute, giving Kansas City a 1-0 victory over Portland. The previous two meetings between the teams this season ended in scoreless draws.

Portland hadn't defeated Sporting since a 3-2 win in Kansas City 2013. Portland's last victory in the series at home came in 2012.