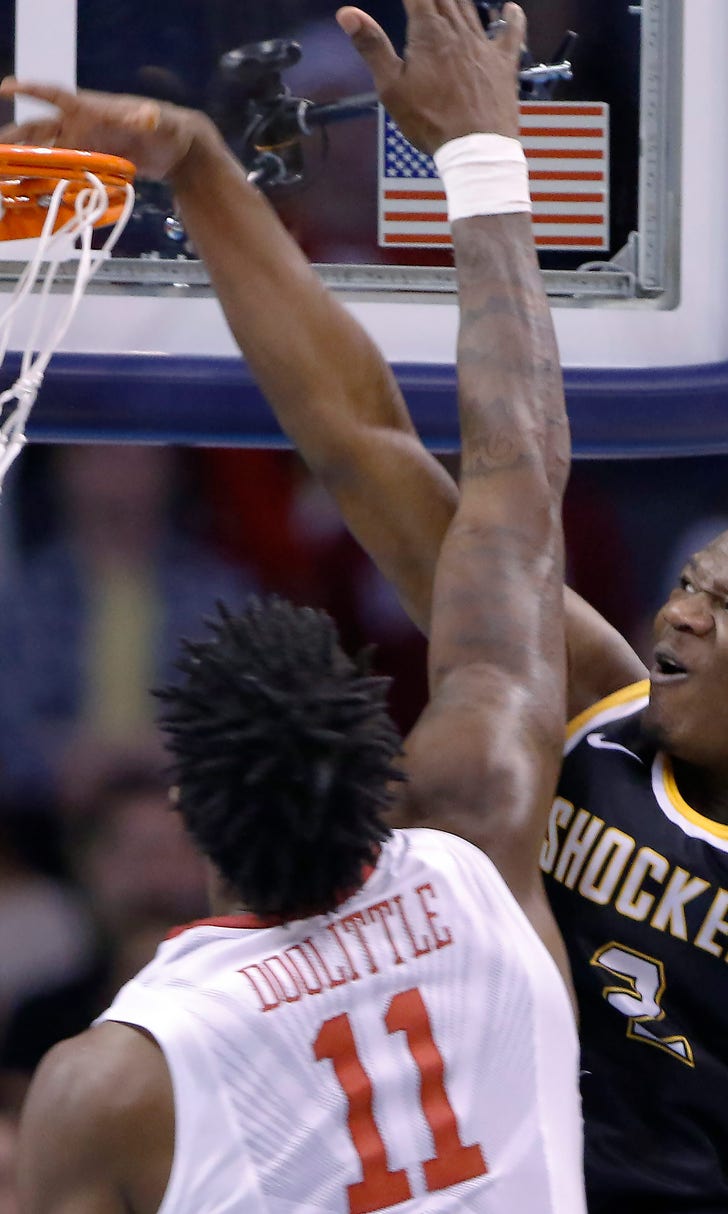 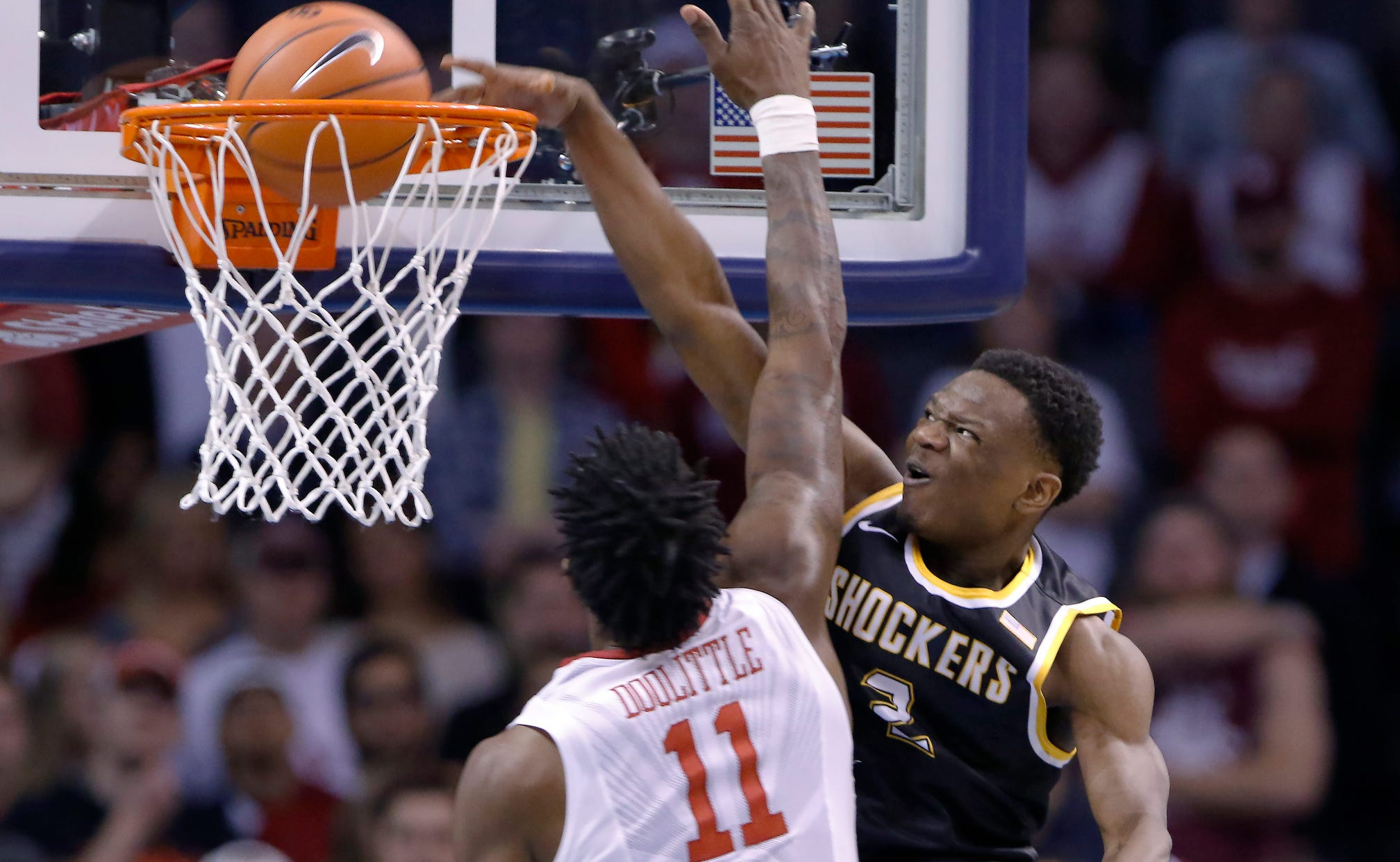 Shockers are on a roll they hope leads to NCAA tourney 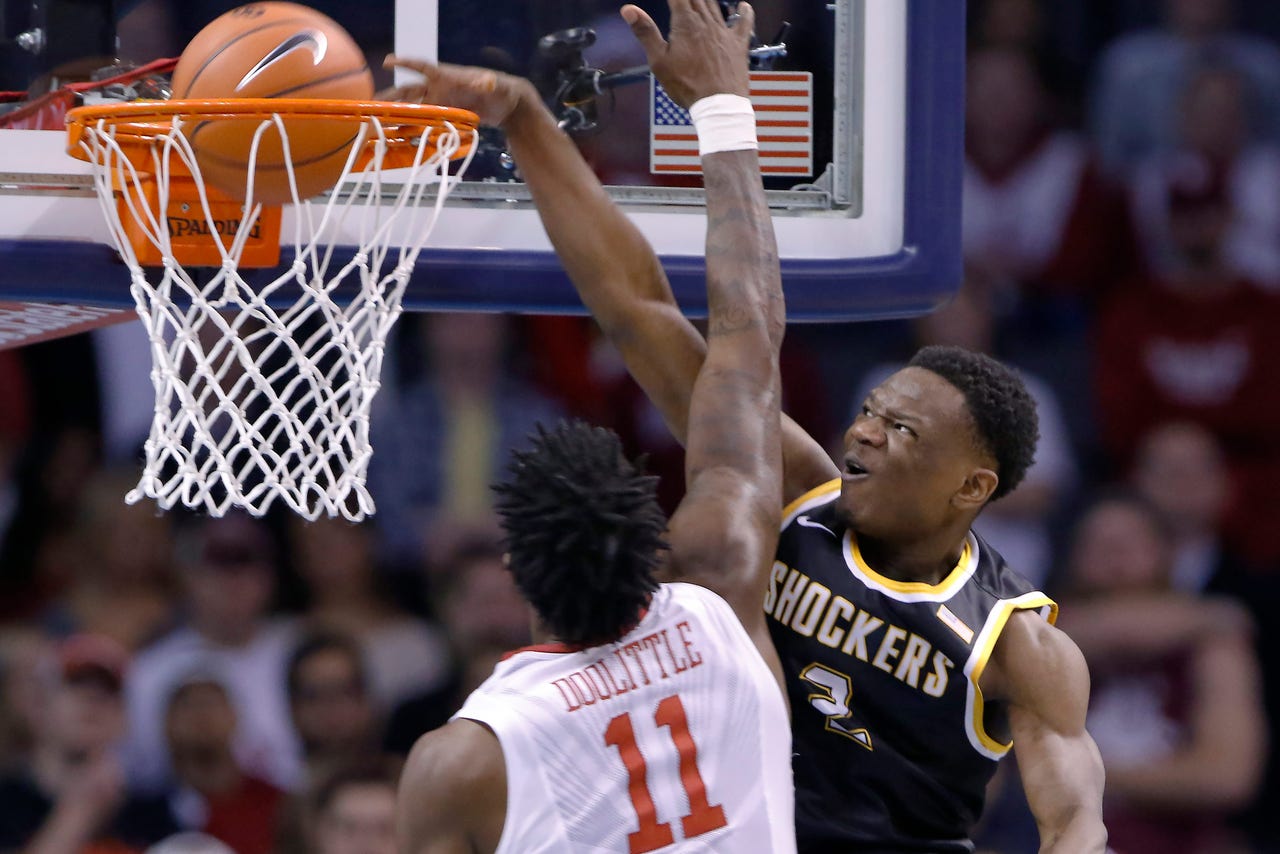 WICHITA, Kan. -- Fred VanVleet and Ron Baker only seemed as if they were at Wichita State forever.

The pair of guards led the Shockers to the Final Four. They put together an undefeated regular season and helped earn the team a No. 1 seed in the NCAA Tournament. They led the program to heights folks in southeastern Kansas hadn't known since the 1960s, when Wichita State was a household name.

No wonder their graduation sent expectations for the program plummeting.

Yet if there's one thing fiery coach Gregg Marshall's team relishes, it's playing with a chip on its shoulder. So when pundits pegged the Shockers for a massive rebuilding effort this season, they responded by compiling a 26-4 record and can clinch a share of the Missouri Valley title Saturday.

"A lot of people doubted us coming in," said Markis McDuffie, last year's conference freshman of the year, "but we just continue to grind and get better every day."

"Grind" is a good word to describe the Shockers' season. They lost close games to Louisville and Michigan State early on, dropped a game to likely NCAA Tournament team Oklahoma State and lost to Illinois State for their only league defeat. Throw in the already low expectations, and the Shockers have spent most of the year grinding away beneath the national radar.

It wasn't until this week that they finally broke into the Top 25.

But they validated their ranking Wednesday night, when they ran roughshod over Evansville in a 109-83 victory. It was the third time this season the Shockers have eclipsed the 100-point mark, their most since Xavier McDaniel's teams had four of them in the 1982-83 season -- which is all the more impressive when you consider the hallmark of Marshall's teams tends to be suffocating defense.

Oh, the Shockers can play defense, too. Just ask LSU, which managed 47 points against them in a blowout loss. But the Tigers shouldn't feel bad, considering six other teams have failed to score 50 in a game against Wichita State. One of them didn't even reach 40.

So how have the Shockers managed to defy so many expectations, despite VanVleet earning paychecks from the Toronto Raptors and Baker playing for the New York Knicks these days?

Start at the top: Marshall has proven to be one of the best in the business. The school's winningest coach led Winthrop to seven NCAA Tournaments and has the Shockers headed for their sixth straight.

Not surprisingly, his name is already surfacing for high-major jobs. That seems to happen every year.

Then consider the talent on the roster: McDuffie is a 6-foot-8 forward already generating some NBA interest, freshman point guard Landry Shamet could start for most high-major programs, Shaquille Morris and Darral Willis Jr. provide some beef in the paint, and sharpshooting guard Conner Frankamp has finally hit his stride after transferring from Kansas and sitting out.

And consider the fact that Wichita State may be the deepest team in the country. Ten players average at least 10 minutes a game, and nine of those average at least five points. It also means the Shockers can slap on full-court pressure and crank up their stingy defense without having to worry about wearing anybody out.

"We all kind of have a chip on our shoulder," said Shamet, who grew up in the Kansas City area but spurned interest from bigger-name programs to head south on I-35. "We blew some opportunities early in the season, so we found ourselves outside the Top 25. But everybody in our locker room knows we're an NCAA Tournament team. The fact that's it's a conversation about whether or not we should be in ...."

At that, Shamet lets his voice trail off.

Yes, there is a very real conversation going on about whether the Shockers deserve to be in the field of 68 next month. And the reason isn't entirely their fault.

When they built their schedule, they couldn't predict the Spartans would struggle through injuries in a down year for coach Tom Izzo's bunch. Or that Oklahoma would go 9-18 in a major rebuilding year. Or that the Missouri Valley would be worse than usual.

But the result has been a strength-of-schedule below 200 nationally, few marquee wins to dazzle the NCAA selection committee and an RPI figure that is hardly representative of their play.

They pass the eye test. They might not pass the written test.

The Shockers finish their regular season at Missouri State on Saturday, then head to the Missouri Valley tournament next week in St. Louis. Win it and they don't have to worry; lose along the way and they will have an uncomfortable week waiting for Selection Sunday.

"The only thing I can say to anyone who doesn't think we're an NCAA Tournament team is they don't watch enough basketball," Marshall said. "All you have to do is watch our team."

Missouri Valley
share story
those were the latest stories
Want to see more?
View All Stories
Fox Sports™ and © 2020 Fox Media LLC and Fox Sports Interactive Media, LLC. All rights reserved. Use of this website (including any and all parts and components) constitutes your acceptance of these Terms of Use and Updated Privacy Policy. Advertising Choices. Do Not Sell my Personal Info