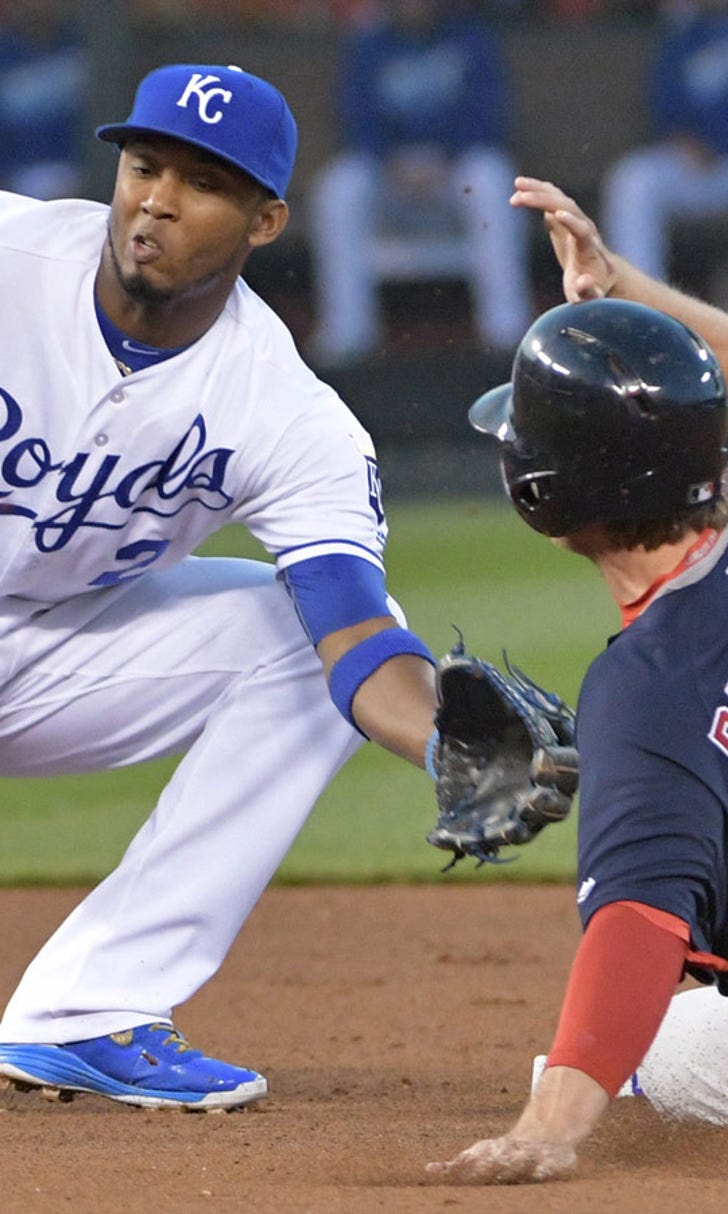 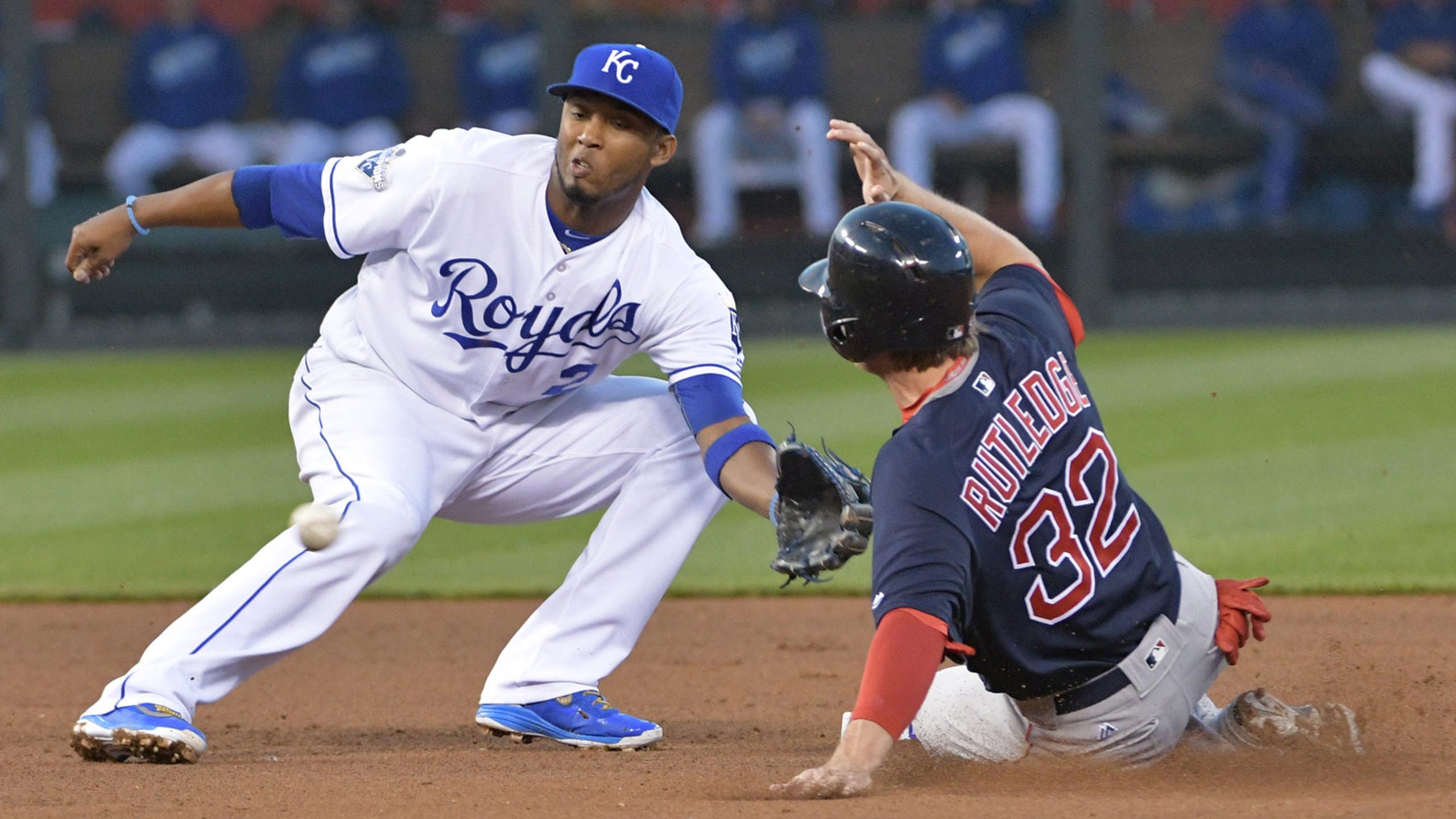 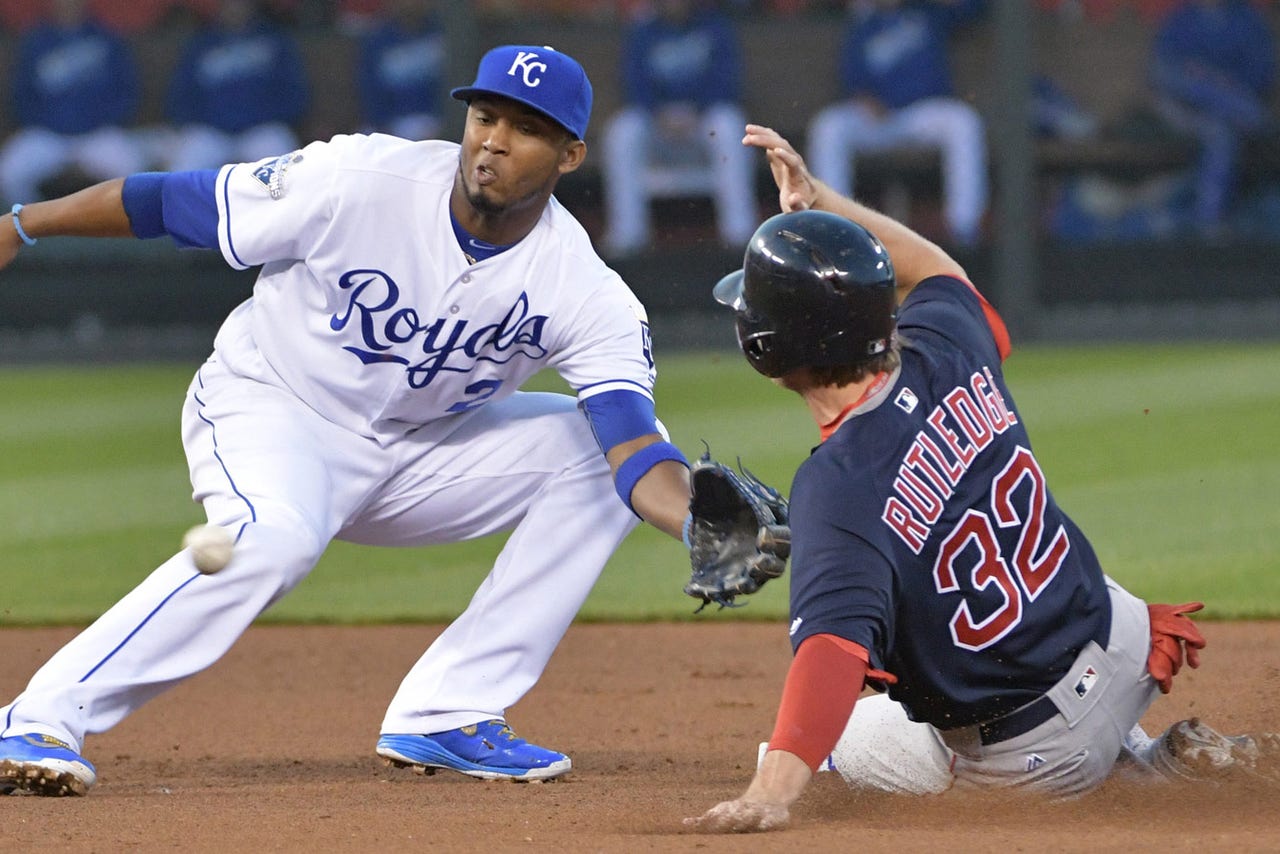 KANSAS CITY, Mo. -- Edinson Volquez took solace in his bumpy start against the Boston Red Sox with the fact that the Kansas City Royals had already wrapped up a series win before he even took the mound.

Jackie Bradley Jr. and Mookie Betts homered to back a strong start by David Price, and the Red Sox beat up Volquez in a 5-2 victory Wednesday night that resulted in a split of their day-night doubleheader.

The Royals won the opener 3-2 behind a strong performance by Ian Kennedy and the bullpen.

"I'm really happy we won the series. We did it," said Volquez, who allowed four runs, seven hits and four walks in six innings. "Tonight wasn't the way I wanted to (pitch)."

Instead it was Price (6-1) who shined in the nightcap, allowing two runs over 7 1/3 innings. Junichi Tazawa got through the rest of the eighth before Craig Kimbrel handled a scoreless ninth for his 11th save.

The Red Sox were clinging to a 2-1 lead when they loaded the bases off Volquez (4-4) with two outs in the sixth inning. Christian Vazquez dribbled a single up the middle to score two runs, giving the Red Sox plenty of cushion the way their left-hander was pitching.

"He was very good," Red Sox manager John Farrell said. "He was really commanding all of his pitches."

In the opener, Eric Hosmer followed a single by Alcides Escobar with a homer in the first inning, and Lorenzo Cain added a sacrifice fly following Jarrod Dyson's triple to provide the Royals' only offense.

Kennedy allowed two runs, six hits and a walk over 5 2/3 innings, striking out nine, before Brian Flynn -- who earned his first career win -- and Luke Hochevar combined to strike out four consecutive batters.

Kelvin Herrera allowed back-to-back base hits in the eighth, but Xander Bogaerts was thrown out by Dyson from right field trying to reach third base. Travis Shaw flied out to end the inning.

Wade Davis worked around a single in the ninth for his ninth save.

"We kept coming at guys. We kept digging," Farrell said. "We kept fighting, trying to create some opportunities, right through the last pitch."

Steven Wright (3-4) surrendered five hits without a walk in a complete game for Boston.

The knuckleballer set down 10 straight at one point, but the two extra-base hits came back to haunt him. Still, it was a nice rebound after allowing five runs in 4 1/3 innings against Houston in his last start.

Chris Young homered in the fifth for the Red Sox. David Ortiz drove in their other run.

"That's a tough club. They were extremely hot coming in here and we played them very, very well," Royals manager Ned Yost said. "We've won back-to-back series. It makes us feel like we're getting on the right track and looking forward going to Chicago.'

Bradley extended his hitting streak to 24 games, the longest by a Red Sox player since Ortiz went 27 games in 2012-13. ... Bogaerts has hit in 13 consecutive games. ... The Red Sox have homered in 19 straight games, matching the longest streak in franchise history. That mark was set in July 1996.

Between games, the Royals called up INF/OF Whit Merrifield and optioned INF Christian Colon to Triple-A Omaha. Merrifield started Game 2 in left field and had his first hit in the fifth inning. They also added RHP Alec Mills as their 26th man, and he made his big-league debut, allowing a run in the eighth.

Red Sox: RHP Carson Smith (right flexor strain) may return to the DL, Farrell said. Smith is still feeling forearm pain since returning from the DL on May 3.

Royals: RHP Chris Young (right forearm strain) is throwing from 60 feet but has yet to pitch from a mound. ... 3B Mike Moustakas (left thumb fracture) was the DH and went 2 for 4 with an RBI in his first rehab game Wednesday at Double-A Northwest Arkansas. He could rejoin the Royals this weekend in Chicago.

Boston heads home to begin a three-game set against Cleveland and the Royals visit the White Sox for three games. Both series begin Friday night.