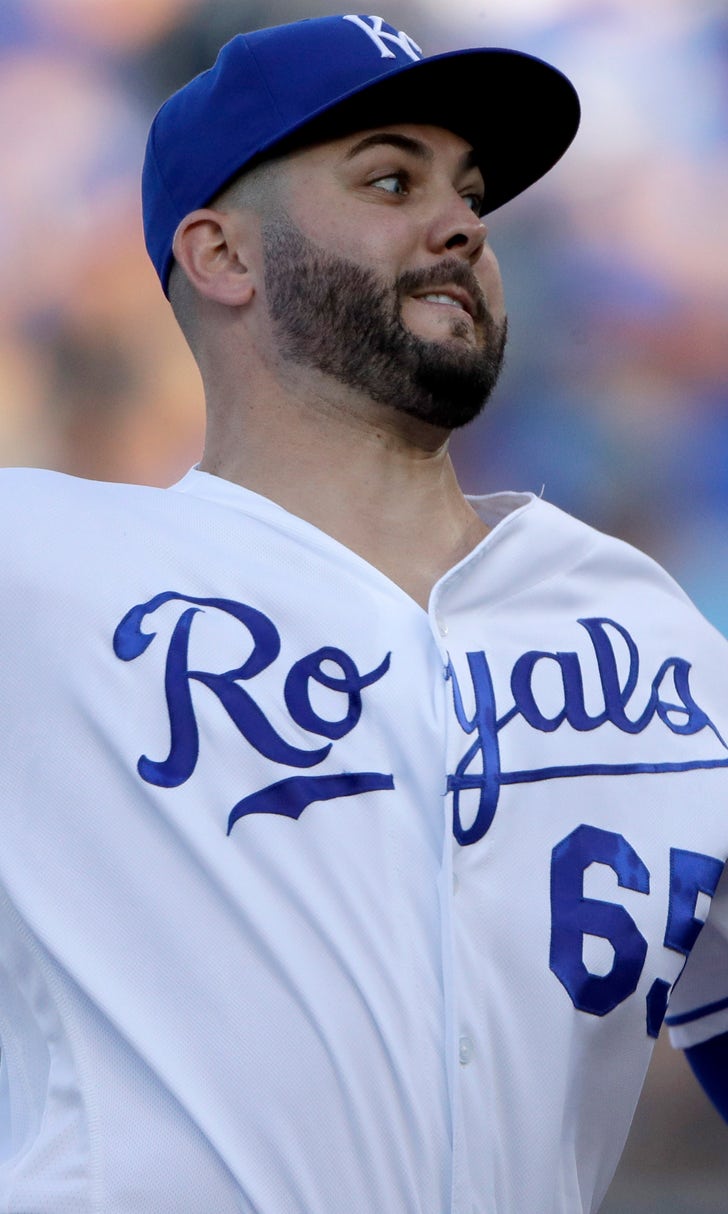 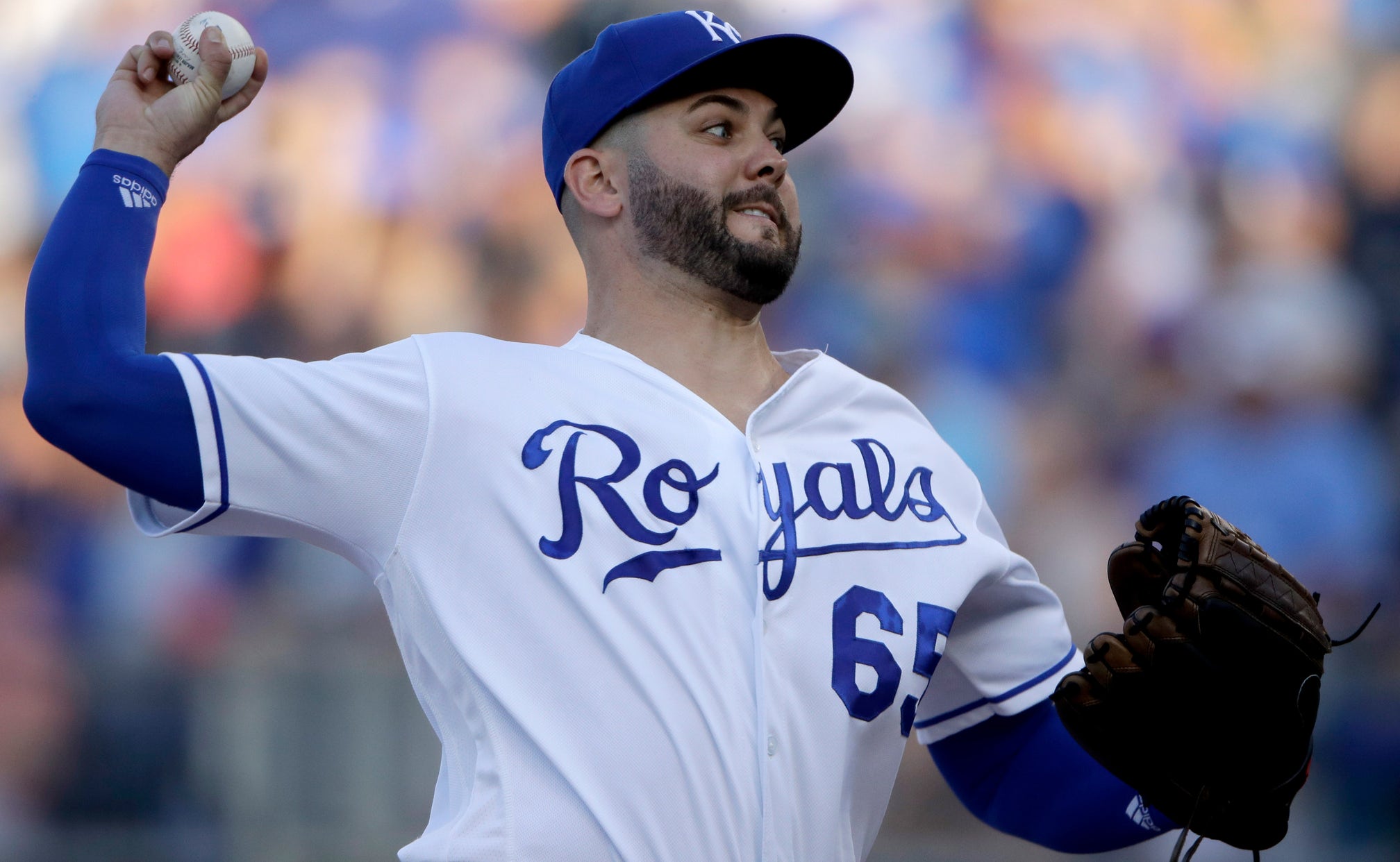 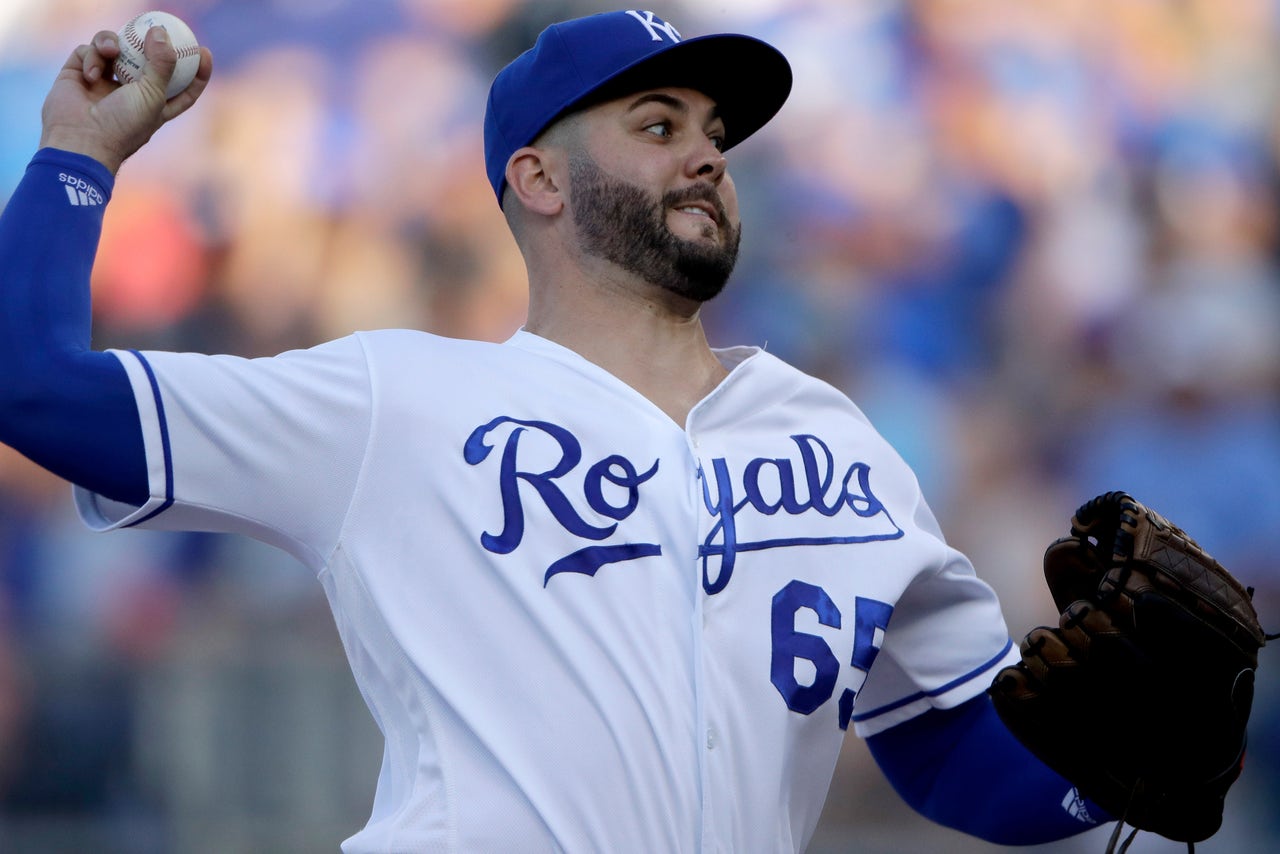 KANSAS CITY, Mo. — Pete Alonso's error at first base in the fourth inning led to Kansas City's only run of the night and put the New York Mets behind.

So when he got a chance to come through for his teammates with the bases loaded in the seventh, Alonso didn't want to fail. After narrowly missing out on a grand slam, the rookie slugger settled for a two-run single that put Jacob deGrom and the Mets ahead Saturday in a 4-1 victory over the Royals.

"Definitely when guys are on base, it definitely helps me," Alonso said. "Like OK, I put us in a little hole earlier in the game, this is a chance at redemption."

Last year's NL Cy Young Award winner, deGrom (8-7) gave up three hits while striking out five over seven innings. Since the All-Star break, he has permitted just five earned runs in 45 innings for a 1.00 ERA.

"That's classic Jake deGrom," Alonso said. "He's our guy, he's a Cy Young winner. Everything was on for him today and having a guy like that go out there and pitch the way he did is huge."

Yost on Junis: "It's a shame we couldn't score more runs for him but I thought he threw the ball extremely well." #AlwaysRoyal pic.twitter.com/vF7pWZb8Xh

Alonso and Juan Lagares both finished with three hits. Lagares had an RBI triple in the eighth for the Mets, who are two games out in a crowded race for the second NL wild card.

The bottom three batters in New York's lineup went 5 for 11 and combined to score all four runs.

"When they step up, you're going to win games," Mets manager Mickey Callaway said. "Sometimes the top of your order will carry you, but the games that the bottom of the order does what they did tonight, it really helps you win."

Royals starter Jakob Junis (8-11) allowed a one-out single to Lagares in the seventh and hit No. 9 batter Aaron Altherr with a pitch. Kansas City manager Ned Yost brought in Jake Newberry, who walked Amed Rosario to load the bases.

Yost again went to his bullpen, this time to submarine left-hander Tim Hill. He struck out pinch-hitter J.D. Davis on three pitches, but couldn't finish off Alonso. He barely missed a grand slam down the right field line when a crew chief review determined the ball sliced just foul, upholding the initial call on the field.

"Usually I have a pretty good look at it, but honestly, I had no idea," Alonso said. "I just left it up to replay and they thought it was foul. At that point, it's really all I could do."

With the runners going on a full-count pitch, Alonso then fisted a grounder up the middle to drive in Lagares and Altherr for a 3-1 lead. Second baseman Whit Merrifield made a sliding stop in shallow center and fired home to try to get Altherr, but Hill cut off the throw.

"It was not the result I wanted," Hill said. "I wanted a groundball, I got the groundball, weak contact. Just wish it would have been hit at somebody."

In the bottom half, deGrom got out of trouble with the help of a double-play ball. Lagares' triple to right field in the eighth drove in Luis Guillorme.

Justin Wilson threw a scoreless inning and Seth Lugo worked a perfect ninth for his third save.

Joe Panik hit an RBI single for New York in the fifth.

Junis dealt with traffic on the basepaths all night, but managed to work around seven hits — all singles — a walk and two hit batters to allow just three runs in 6 1/3 innings. His defense turned two double plays behind him to help him out of jams in the second and fifth, but the Royals' bullpen couldn't finish off the seventh inning for him.

"It's a shame we couldn't score more runs for him. I thought he threw the ball extremely well," Yost said.

Mets catcher Wilson Ramos singled twice to extend his hitting streak to 12 games, tied with Cincinnati's Jose Iglesias for the longest active streak in the majors. During the run, Ramos is batting .477 with three homers and 11 RBIs. ... It was the 16th consecutive start in which deGrom allowed three runs or fewer, dating to May 22. He has a 1.92 ERA during that span, but the Mets are just 7-9 in those games.

Royals: LHP Danny Duffy (left hamstring strain) will throw a four-inning simulated game Tuesday and, if all goes well, could be activated from the injured list next weekend.

Mets: Placed reliever Robert Gsellman on the 10-day injured list, retroactive to Wednesday, with soreness in his right triceps. RHP Walker Lockett was recalled from Triple-A Syracuse. Lockett has started four games for the Mets this season, going 1-1 with a 7.79 ERA. ... Davis was out of the starting lineup after leaving Friday night's game with calf tightness. He said he felt fine and it was just a precautionary measure.