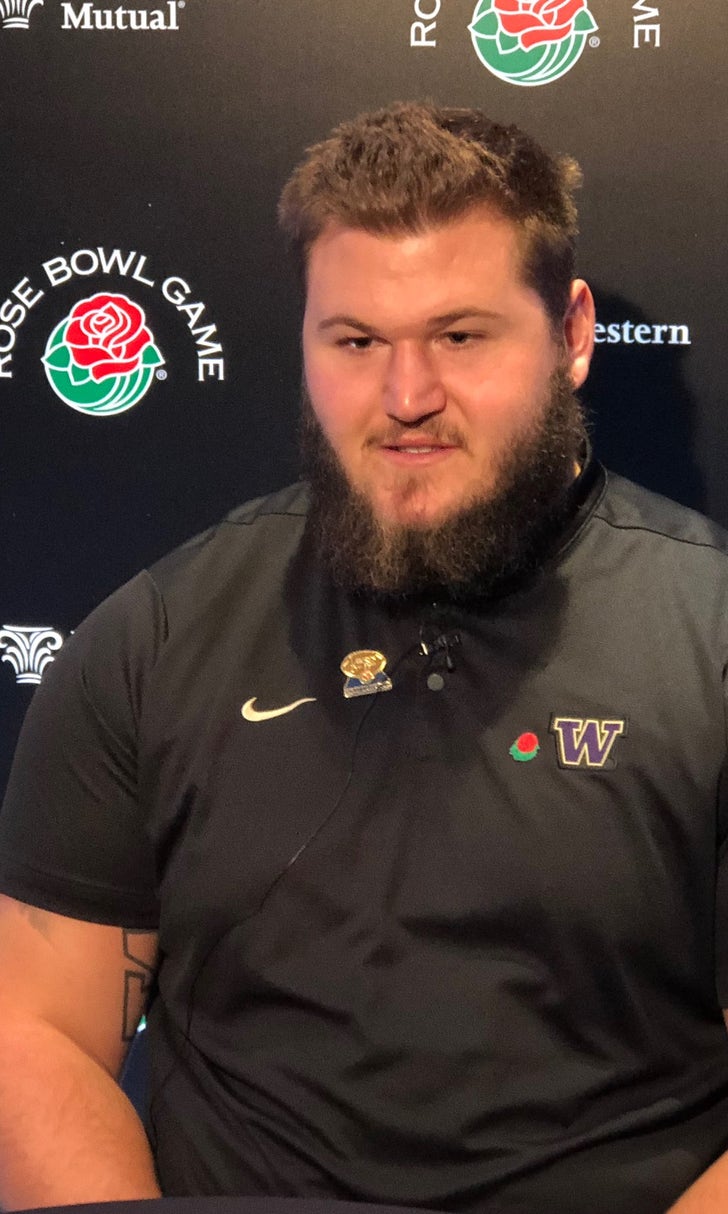 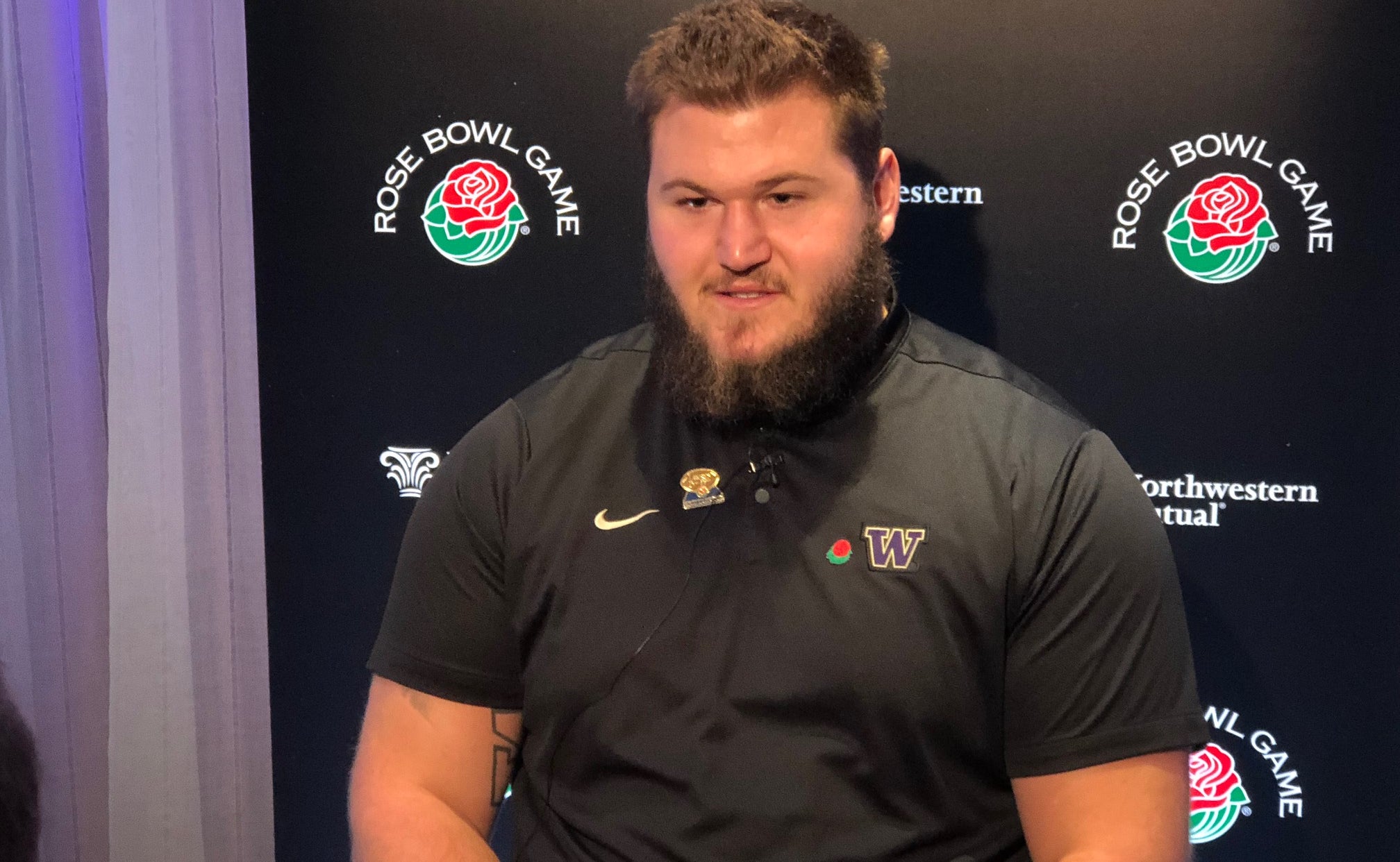 previous story
Hockey Day SoCal: Recap of all the action
next story
RECAP: Chargers down Broncos; Will face Ravens in wild-card round 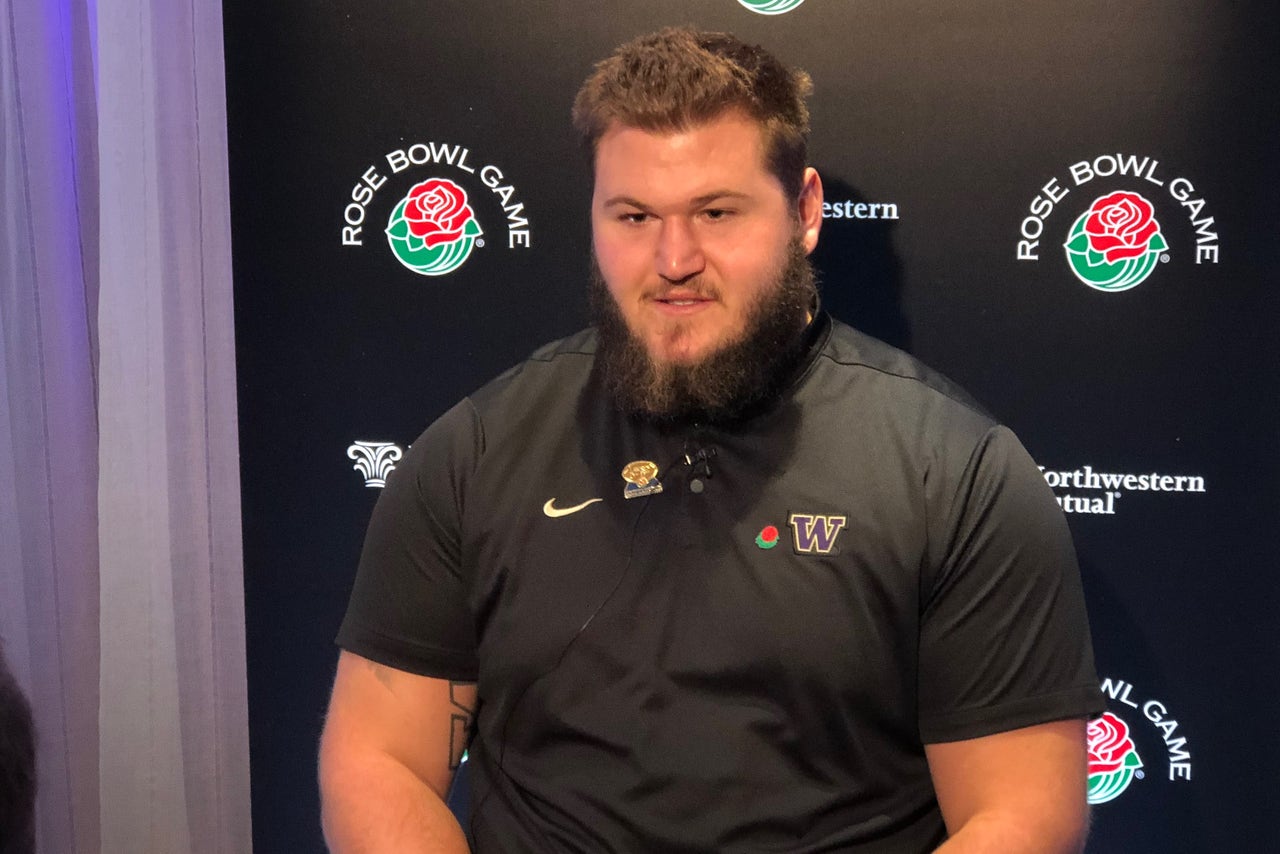 Greg Gaines was going to play for Chris Petersen, no matter what.

The Washington senior defensive lineman, a first-team All-Pac-12 selection for 2018, was originally committed to Boise State, where Petersen went 92-12 in eight seasons as head coach.

When Petersen accepted the Washington job after the 2013 season, Gaines -- a former football and track star at La Habra -- decided Seattle was the place for him after a trip up north.

"We all fit together really well. There's no fighting. Everyone loves each other," said Gaines of his Huskies teammates on Saturday.

Petersen is a very integral part of the positive environment in Seattle.

"(It's) Chris Petersen. His program. His style. Once we get people up to see the place, it's kinda of hard to turn down," said Washington defensive coordinator/DBs coach Jimmy Lake. "It's all about fit. Our school sells itself. Seattle sells itself."

Gaines (6-foot-2, 316 pounds) had himself a fantastic senior season, recording 52 tackles (sixth best on the team), 5.5 for a loss and 3.5 sacks in route to conference honors.

Washington will be tasked with slowing down Buckeyes quarterback Dwayne Haskins and Co.

The key to the Huskies' defense is their secondary, the nation's best, which deploys up to seven defensive backs in some situations.

But strong defensive line play is still essential to success.

"We not doing anything without (guys like) Greg Gaines," said Lake.

At La Habra, where Gaines played defensive line and short-yardage running back, the Highlanders amassed a 27-10 record in his three years on varsity.

"There are a lot of good high schools out here (in the Los Angeles area). It makes us better going into college. We're used to that competition," said Gaines, who credits his first-career interception vs. Stanford and winning the conference title as 2018 highlights.

But it was good to get back, nonetheless.

"A lot of stuff has changed in my little hometown. The f(new) football stadium ... now, it's all turf. It looks really nice," Gaines said.

Lake, who spends 'the majority of my time' recruiting California, especially athletes in the CIF Southern Section, know firsthand what a 'recruiting hotbed' SoCal truly is.

In fact, nearly one-fifth of the Washington roster features athletes with CIF-SS ties.

"It's (SoCal's) proximity to Seattle ... it just makes sense. We are down here all the time. A lot of big time players. It's very competitive. (There are some) big time schools trying to keep players in-state. Definilty lucky to have pulled a few out of here."

A few like JoJo McIntosh, a senior defensive back who's seventh on the team in tackles (51) and earned honorable mention All-Pac-12 accolades.

McIntosh (6-1, 205) prepped at Chaminade before continuing his career at Washington.

Following a similar path of Gaines, McIntosh was committed to UCLA before Petersen made the move to Seattle. 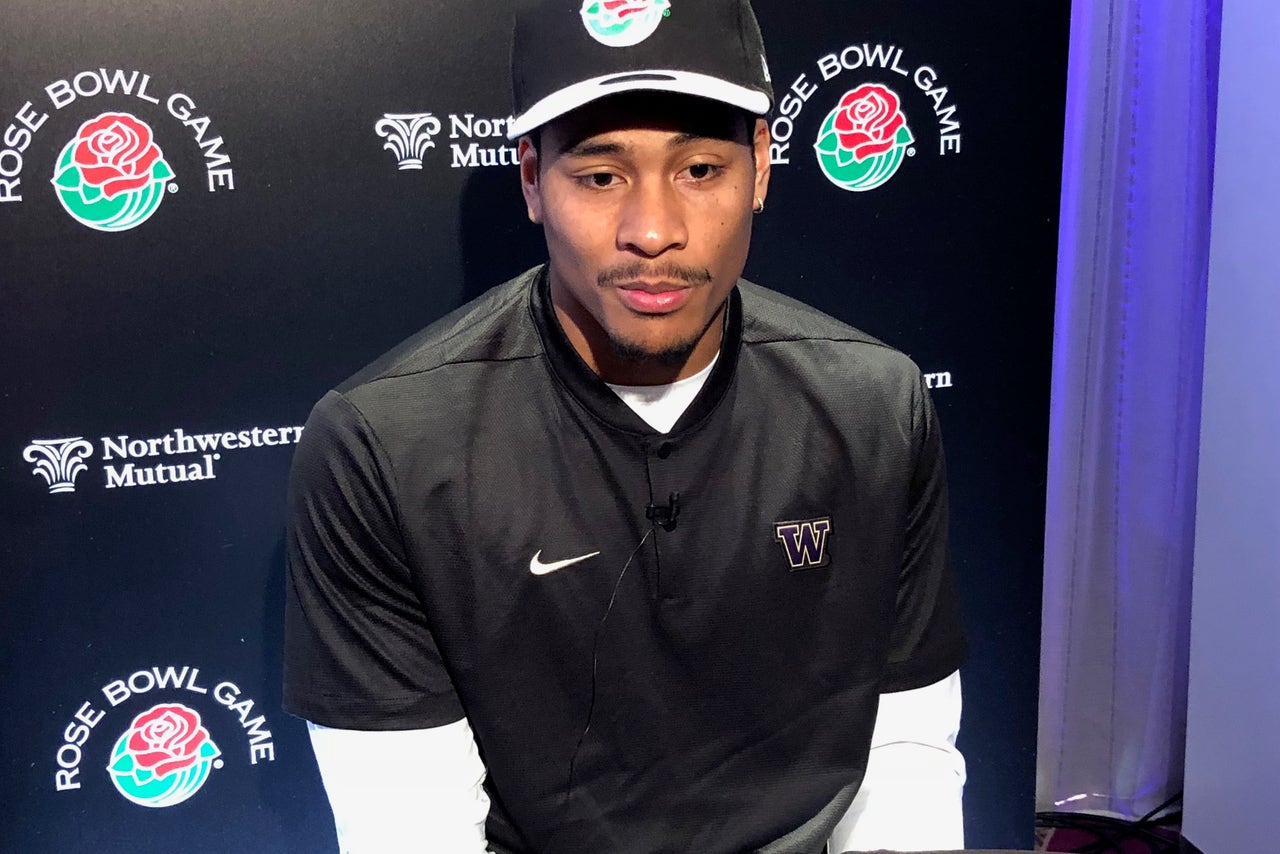 "(When he took the job), I asked him if he had a spot for me. And he did. I don't regret my decision," said McIntosh. "Growing up, always imagined myself playing in the Rose Bowl and now I'm here."

"Coach Pete, the whole coaching staff is amazing. My parents love them. I loved them so I had to play for them."

Washington prides itself in its academic reputation, something McIntosh takes to heart.

"Being a student athlete it's hard work. Washington is a good school. We have a lot of resources. A lot of tutors, student advisors, always people that want to help you. There's no reason you should be failing or ineligible. To our coaches, it's very important. School comes first. If school's not good, you're not practicing, you're not playing."

Both Gaines and McIntosh expect a battle from the Buckeyes.

"It's going to be a big game for us. A tough challenge," McIntosh said.