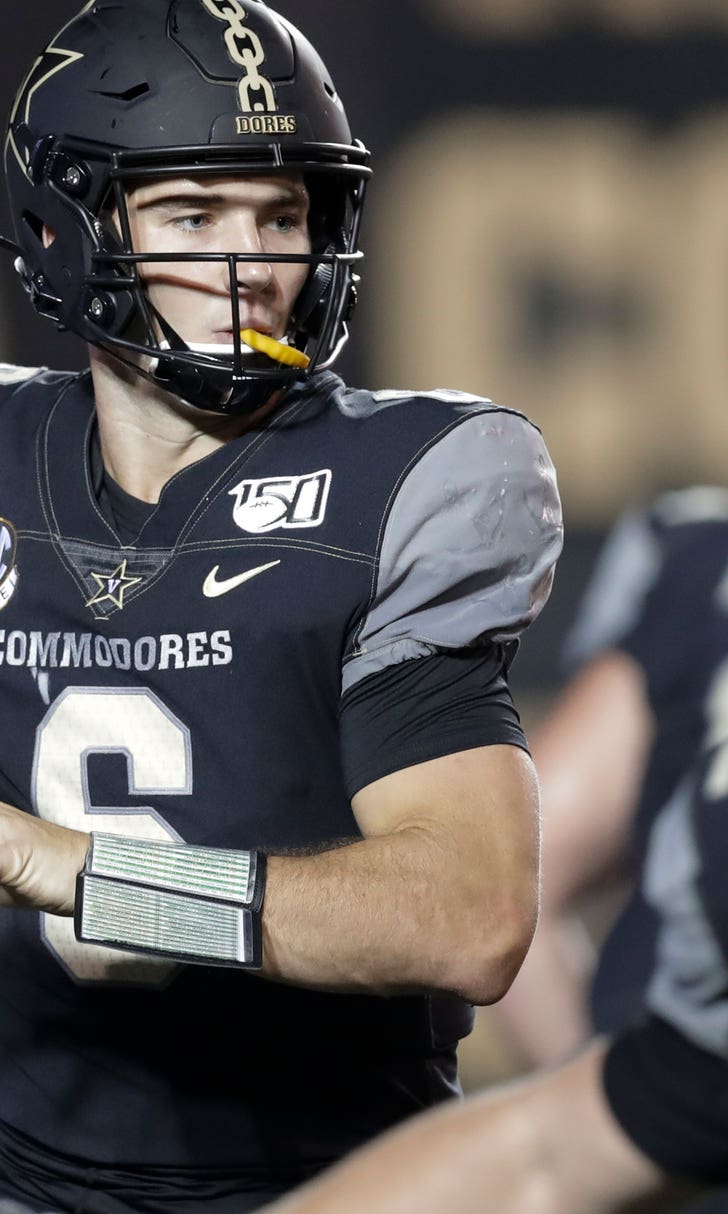 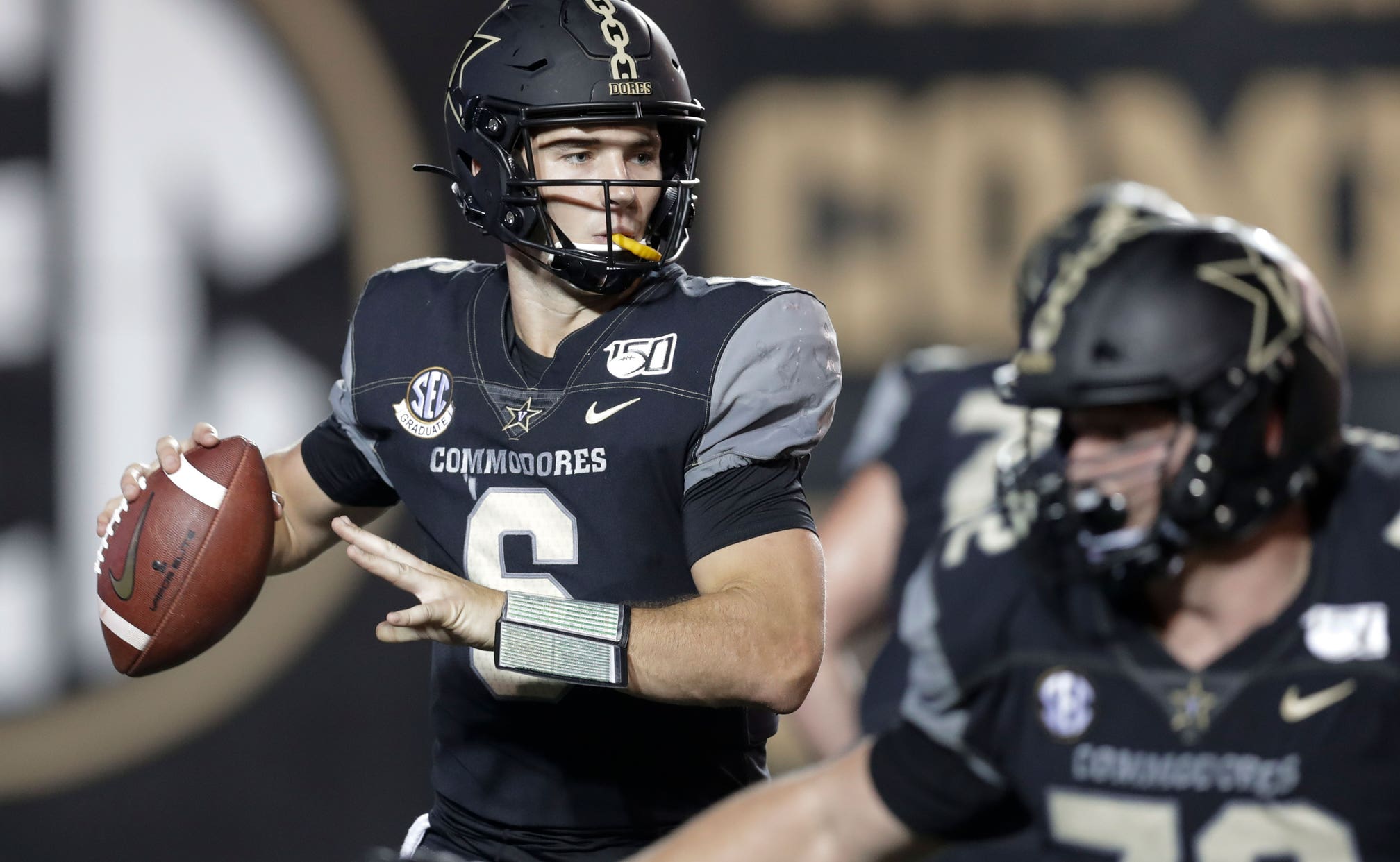 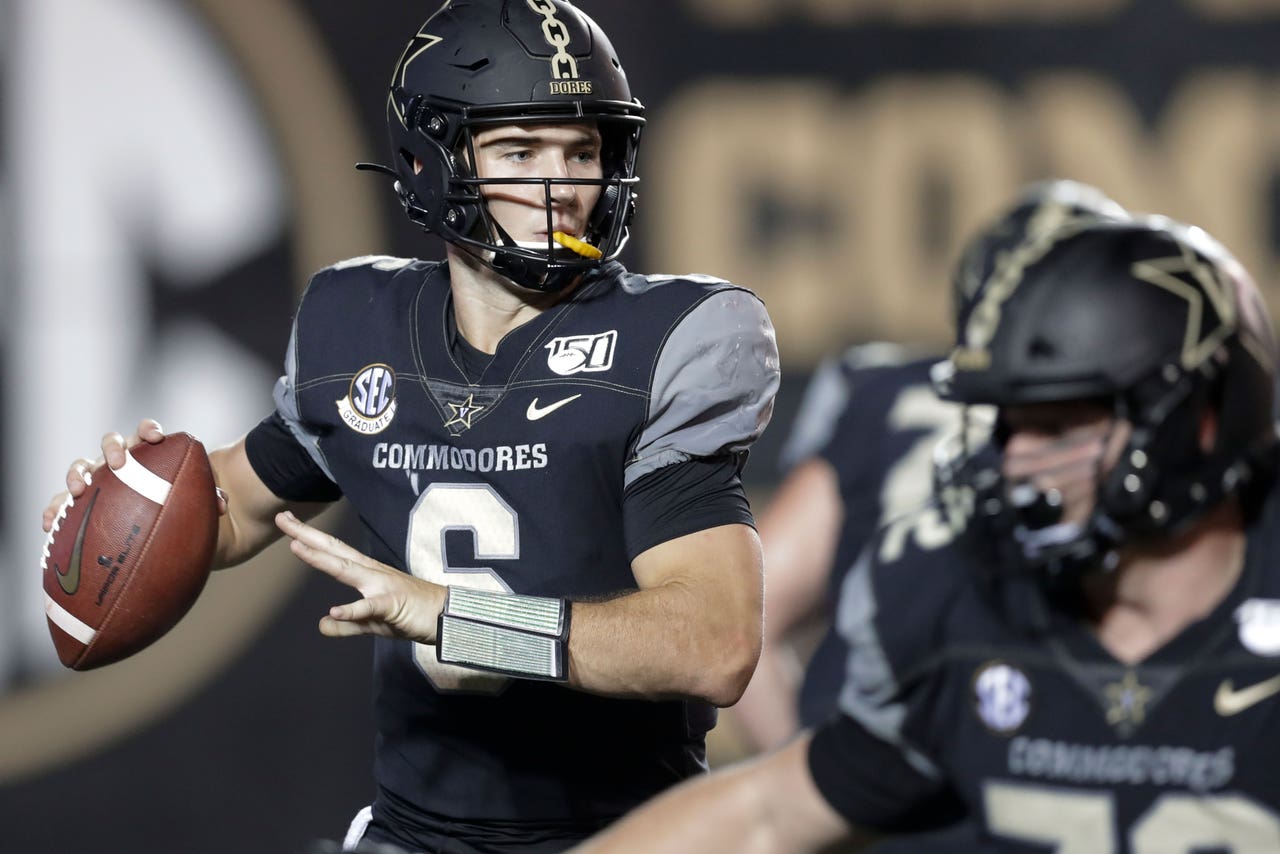 Vanderbilt quarterback Riley Neal produced some of his best work on the football fields of Indiana.

He broke all the major passing records at Yorktown High School and led the Tigers to the first 11-win season in school history. He won the starting job as a Ball State freshman in 2015 and appeared to have the Cardinals poised for a turnaround season after going 4-3 to open the 2016 season. Then the injuries hit and Neal's career bottomed out.

On Saturday, the Commodores hope their new starter can rekindle his old magic when he returns to his home state to face Purdue.

"He's got to go into this ballgame knowing and understanding that his team needs him," Vanderbilt coach Derek Mason said. "So let's get to work. He's a guy who's mature enough to understand that."

Perhaps a change of scenery will help the 6-foot-6, 225-pound fifth-year senior jump-start a career some believe could lead to an NFL job.

He needs to perform better than he did in his Vanderbilt debut last week, going 14 of 25 for 83 yards, no touchdowns, no interceptions and no completions longer than 12 yards in a 30-6 loss to No. 3 Georgia.

While the Purdue defense isn't nearly as stingy as Georgia's, the typically run-heavy Commodores (0-1) may need Neal to play a key role in keeping up with coach Jeff Brohm's wide-open offense.

"When you have a quarterback who has that type of experience, it's a huge plus," Brohm said. "I think they're going to be big and physical, always try to run the football, open it up when they have to, not beat themselves, let their defense keep them in games as well."

And after blowing a double-digit lead in the fourth quarter at Nevada last week, the Boilermakers want to prove this will not be a repeat of 2018, when they started 0-3.

"I think I have a handful of just my close family and some friends that are going to the game, nothing out of the ordinary," he said.

Mason expects Neal to handle his responsibilities on and off the field like a crafty veteran.

"Yeah, it's homecoming, but I think for him it's just another ballgame," Mason said. "He wants to win. We've got to prepare to win. You can deal with all the pleasantries afterward."

Vanderbilt is trying to win its second road game in its last three tries, dating to last October's 45-31 victory at Arkansas. It's also the second straight year the Commodores have played in Indiana. They lost 22-17 at Notre Dame in 2018.

Wide receiver Rondale Moore got off to another fast start with 11 catches for 124 yards with one touchdown against Nevada. It was the eighth time in 14 career games he topped the 100-yard mark. The sophomore, who wears No. 4, now needs one more game to become the fourth player in school history to record nine 100-yard games in his career, joining Steve Griffin, Dorian Bryant and DeAngelo Yancey.

The Commodores allowed Georgia to pile up 481 yards last week but stopped the Bulldogs on six of seven third-down attempts, plus a fourth-down stop.

The Boilermakers' home opener will also serve as the official dedication of the renamed Tyler Trent Student Gate at Ross-Ade Stadium.

Trent, who inspired the Boilermakers and the nation as he battled a rare form of bone cancer, died Jan. 1. School officials announced the renaming of the gate in March and Saturday would have been Trent's 21st birthday. The stripe on Purdue's helmet will feature the words "Forever Our Captain" as a tribute to Trent and a neon green ribbon on their jerseys for the traditional Hammer Down Cancer game.

"He put things in perspective, like live every day to the fullest no matter what's going on," Moore said. "No matter how many things he had going on, he would always check on me or make sure I was doing good. No matter how many years down the road, Tyler will always be in my heart."

Trent's mother and father, Kelly and Tony; brothers, Blake and Ethan; and best friend, Josh Seals, will be the first people to walk through the gate.