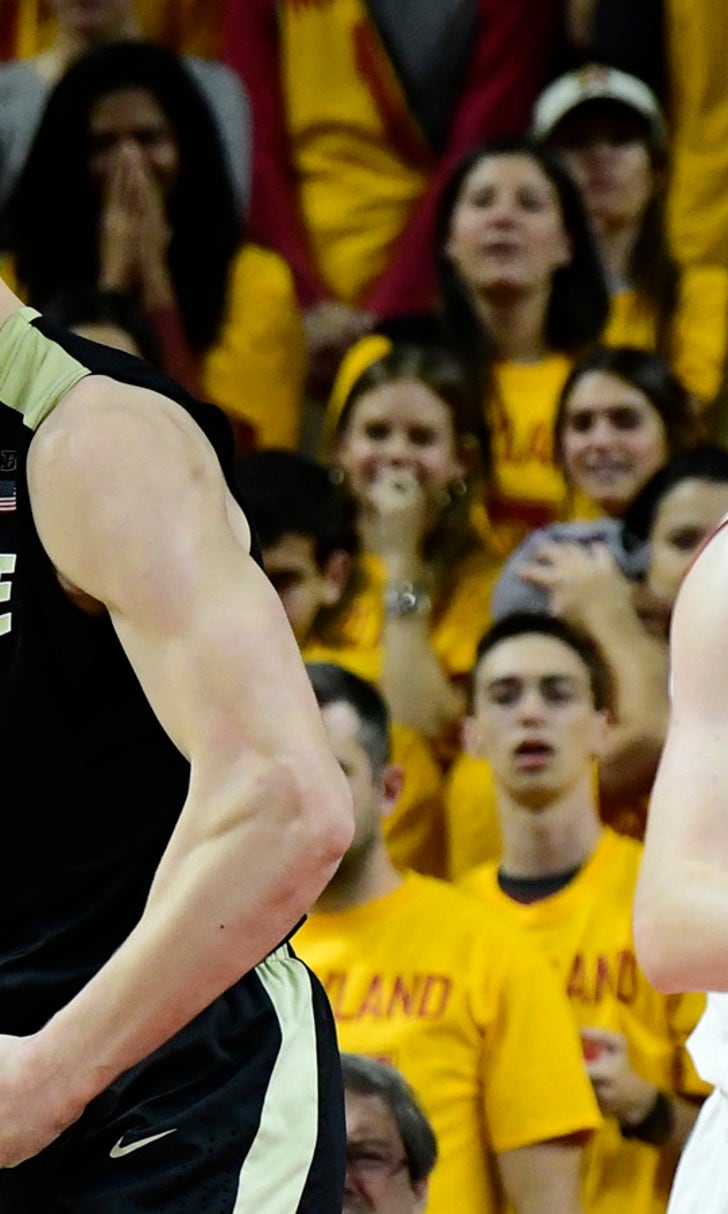 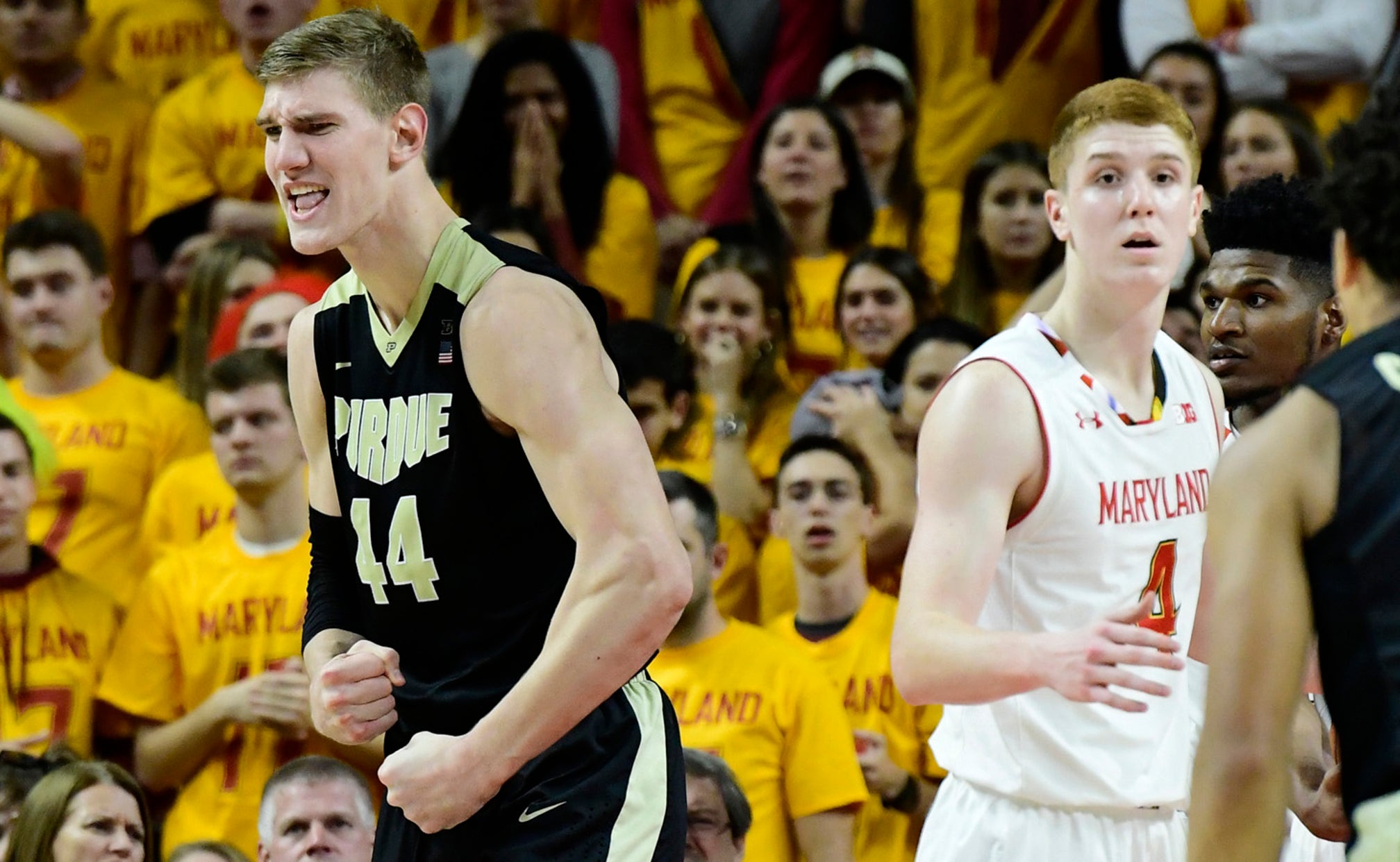 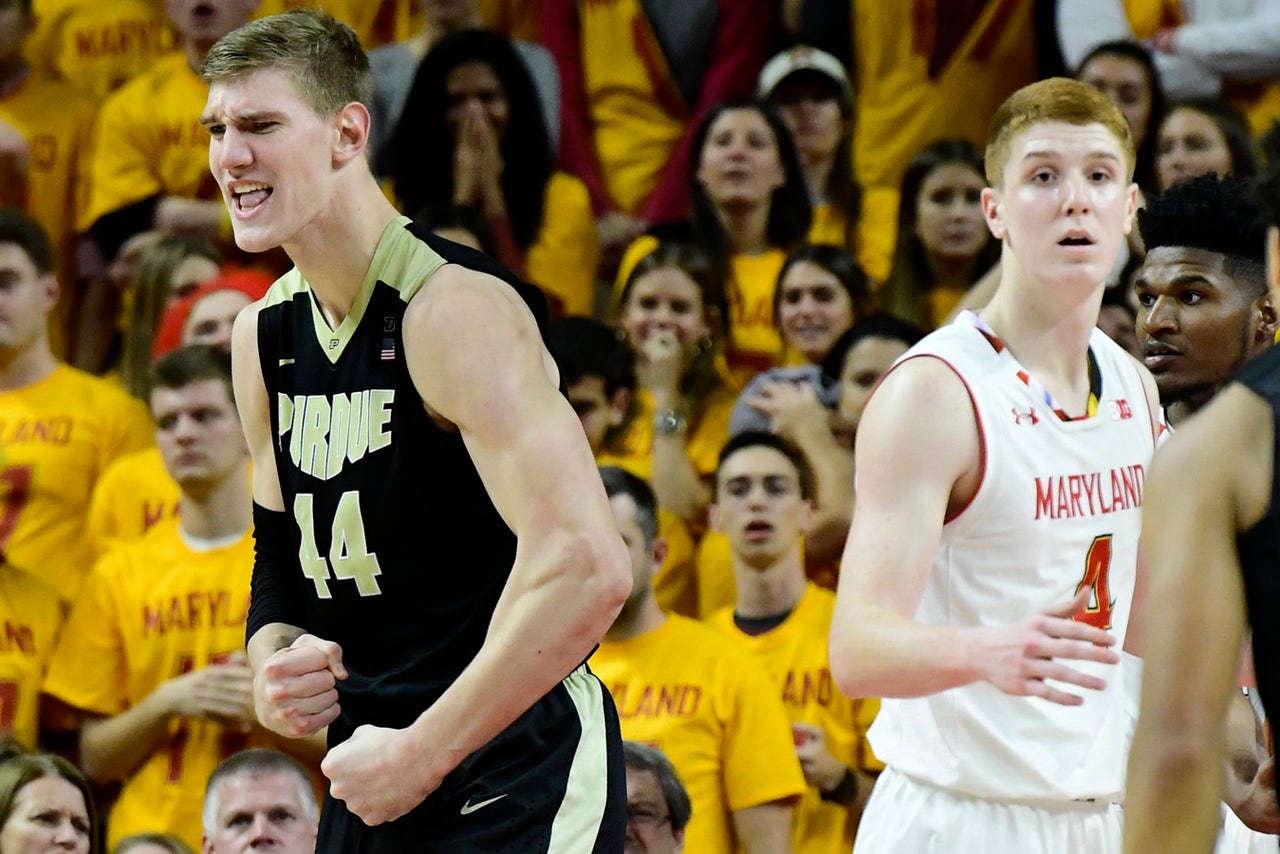 COLLEGE PARK, Md. -- If Purdue's conference opener was any indication, the Boilermakers are in for a heck of a ride in their bid to win a second straight Big Ten regular season title.

Mathias made a pair of foul shots and Haas had seven points in a 10-2 surge that finally gave Purdue some separation.

It was 76-68 with 58 seconds left before the Terrapins launched their final comeback. Anthony Cowan made a 4-point play, then a 3-point play to cut the gap to 78-75.

Shooting with a chance to tie it, Jared Nickens missed badly on a jumper from the corner, and Purdue's P.J. Thompson clinched it with two free throws.

"We were pretty fortunate to get out of here with a W," Purdue coach Matt Painter said.

Haas was instrumental in the victory, going 10 for 13 from the floor, grabbing five rebounds and blocking four shots.

Carsen Edwards scored 18 for the Boilermakers, who got all their points from the five starters. Purdue has won three straight since losing to Tennessee and Western Kentucky.

"Our guys have been resilient," Painter said. "We've just got to keep fighting and figuring out ways to win."

"They're just much further along than we are," Maryland coach Mark Turgeon said of Purdue. "They had a summer tour for about a month. And it showed. They were terrific. They have four seniors -- guys that have played a lot of minutes for them, won a lot of games for them."

Maryland has dropped three of four.

The Terrapins scored the first seven points after halftime, the last of them on a 3-pointer by Huerter, to take their first lead at 44-43.

Soon after that, Turgeon was given a technical foul for protesting a call on the Terps' end of the court. Vincent Edwards made both free throws as part of an 11-0 run that made it 54-44 with 15:50 to go.

The Terps came back, but the Boilermakers never folded.

"We were able to execute down the stretch and get some stops," said Purdue forward Vincent Edwards, who chipped in with 10 points and 11 rebounds. "We put ourselves in a bad position late in the game but we were able to pull it out."

Mathias scored 18 and made all seven of his field goal tries in the first half, including four 3-pointers, and Haas added 12 points on 6-for-7 shooting.

The Boilermakers start four seniors, which helped immensely down the stretch.

"That comes with our experience as a team," Vincent Edwards said. "We won here last year. We knew what it takes, we knew what we had to do."

Purdue: A solid performance by the Boilermakers on the road bodes well for the team's effort to get back into the Top 25 and defend its Big Ten title.

Maryland: The Terrapins' inability to win close games has proven costly. Although Maryland rallied past Bucknell on Nov. 18, their three losses are by a combined nine points.

Maryland: At Illinois on Sunday night.

Maryland Terrapins
share story
those were the latest stories
Want to see more?
View All Stories
Fox Sports™ and © 2020 Fox Media LLC and Fox Sports Interactive Media, LLC. All rights reserved. Use of this website (including any and all parts and components) constitutes your acceptance of these Terms of Use and Updated Privacy Policy. Advertising Choices. Do Not Sell my Personal Info