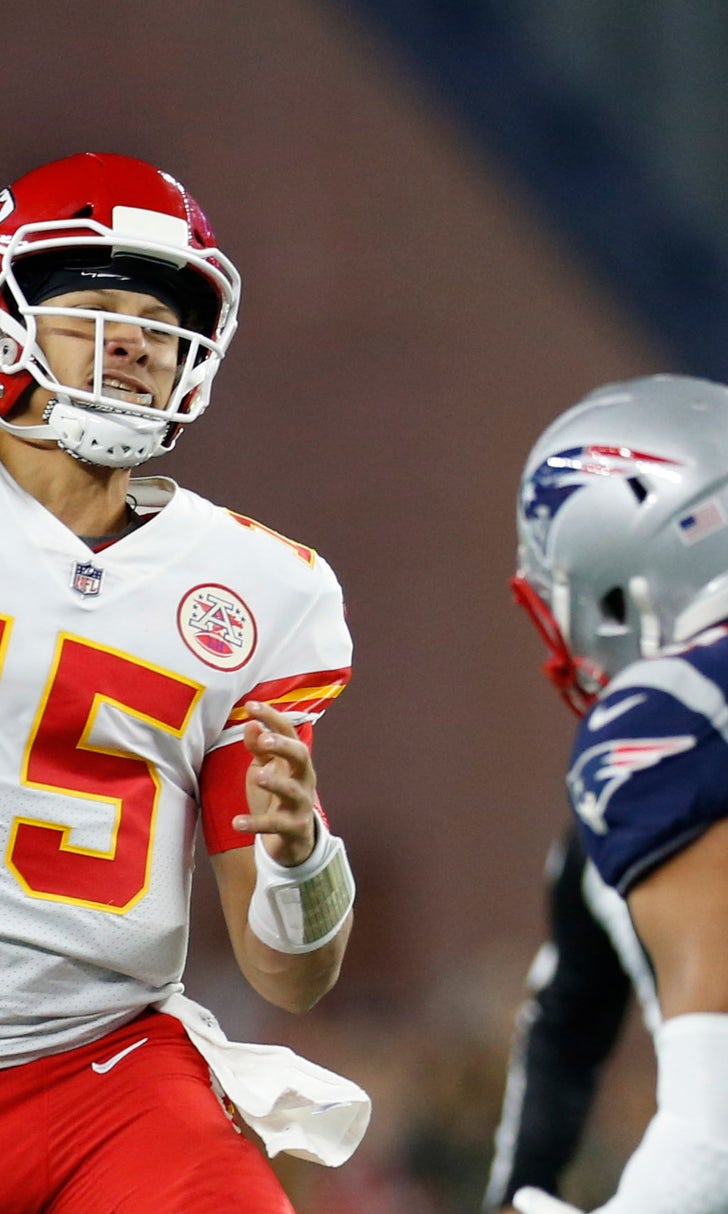 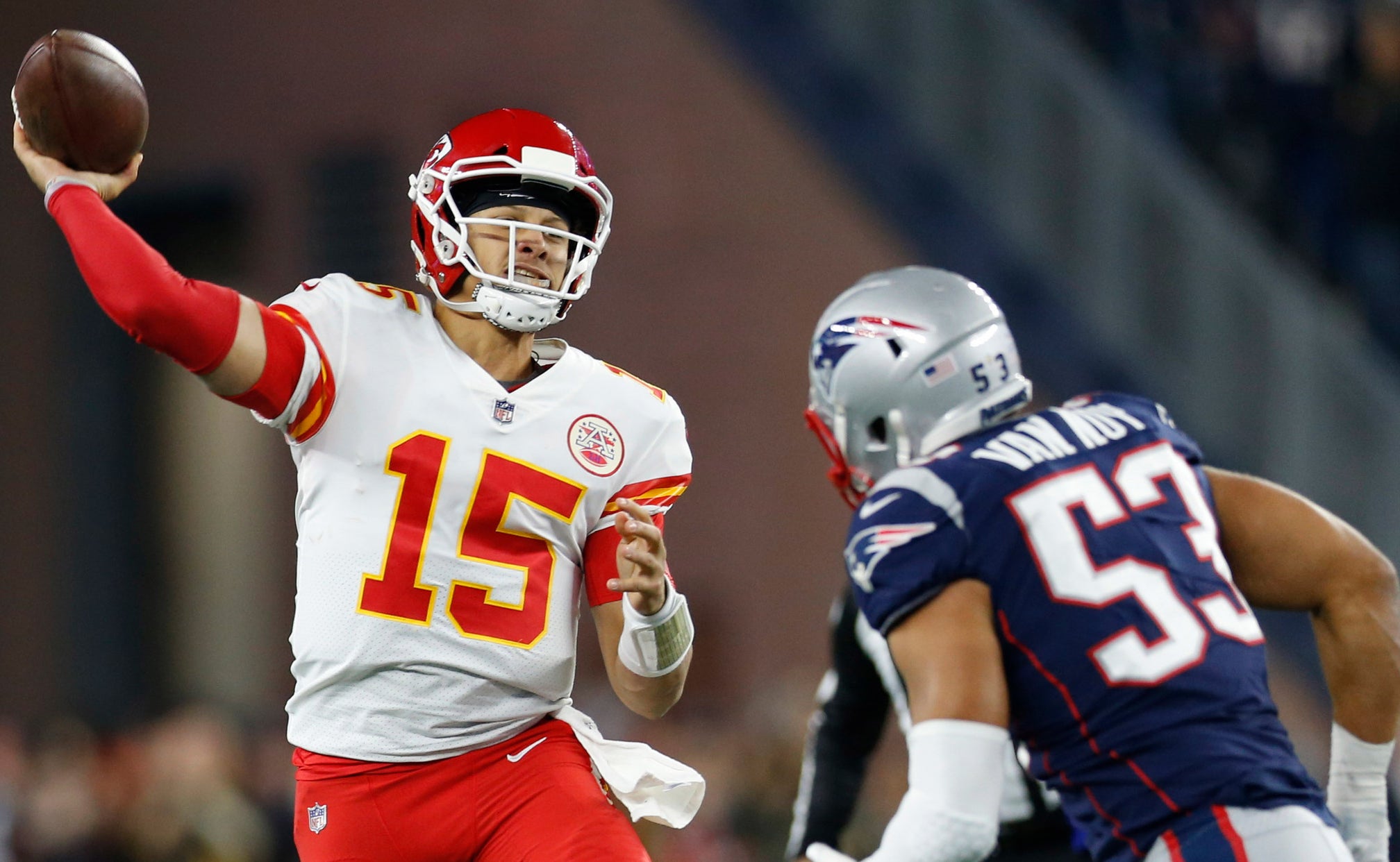 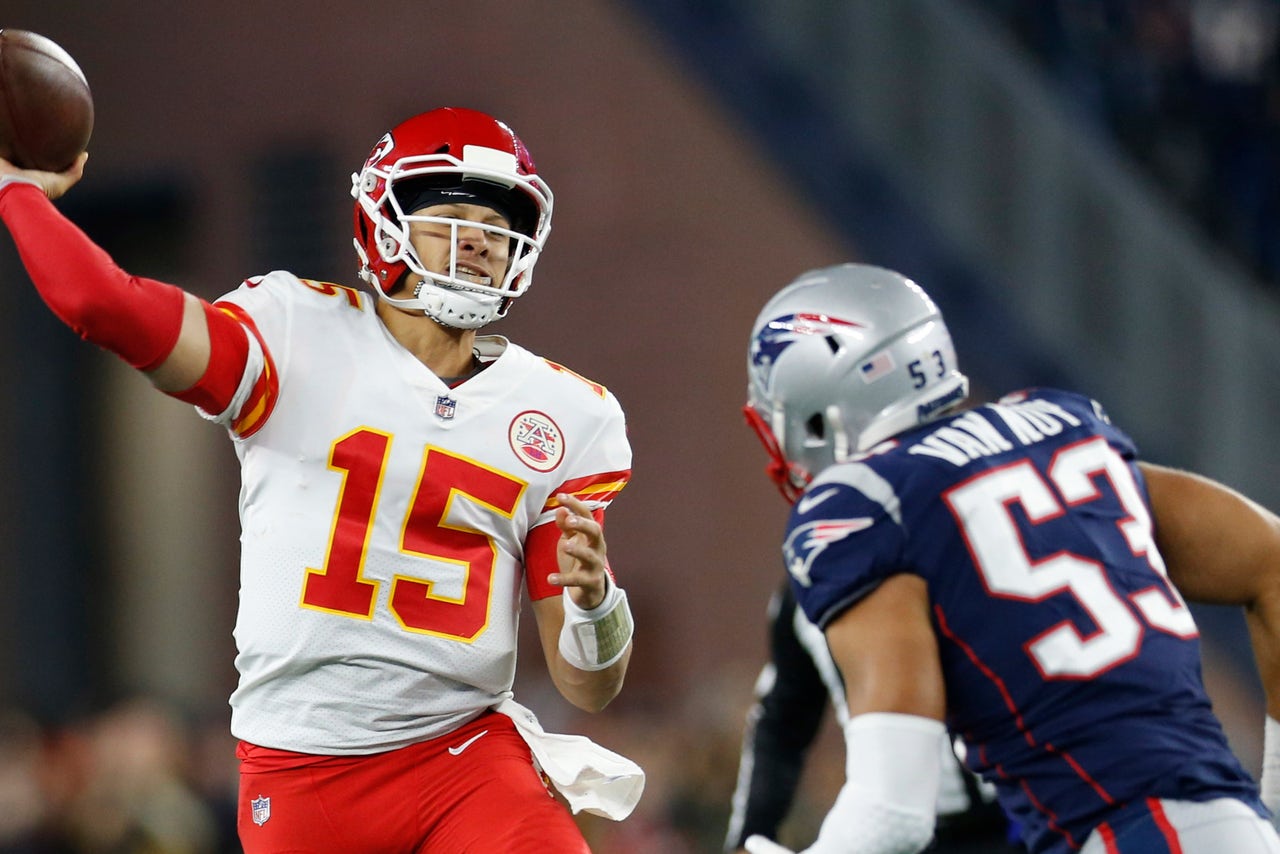 “I think they know us, and we know them. You get in and you battle,” Reid said.

That was exactly what the teams did in their two meetings last season.

New England got a field goal from Stephen Gostkowski as time expired to escape with a 43-40 victory during the regular season. The Patriots then needed overtime to do it again in the AFC championship game, outlasting Kansas City in another shootout, 37-31 in Arrowhead Stadium.

Another close game is expected for their latest matchup on Sunday, with playoff implications for both teams.

New England (10-2) can extend its NFL record to 11 consecutive playoff berths with a win. Kansas City (8-4) can clinch the AFC West title with a win and an Oakland loss.

The two teams that have beaten the Patriots this season — Baltimore and Houston — both have dual-threat quarterbacks in Lamar Jackson and Deshaun Watson.

Chiefs quarterback Patrick Mahomes said he sees similarities in how both of them attacked a New England defense that is allowing an NFL-low 12.1 points per game.

“I think the biggest thing was when they had their opportunities, they hit them,” Mahomes said. "They’re not going to give us a lot of opportunities, they’re a very good defense and very sound with what they do. It’s about taking what’s there and when you get the big shot or the big play, you hit that and score touchdowns when you do.”

Coming off a week in which New England's defense gave up four passing touchdowns in its loss to the Texans — doubling its total allowed in 2019 — safety Devin McCourty said the challenge against the Chiefs will be keeping track of all their playmakers.

“It’s almost like they don’t win the same way each week. They just have so much talent. I think you see that all throughout the season,” McCourty said. “The threat of Mahomes is always there of running the ball, of rolling one way being able to throw the ball back across his body. ... We got to see it last year twice of just his ability of being able to make plays. So, I think we know it, but with this team, the hardest thing is going out there and executing and playing to it.”

Keeping Kansas City out of the end zone will be even more imperative because of New England's ongoing issues on offense.

The Jets, Dolphins and Broncos rank in bottom five in the NFL in points per game in 2019 but are all averaging more points than New England (18 ppg) since start of November. The Patriots went 2-2 last month.

The 42-year-old quarterback has expressed his frustrations with the offense in recent weeks and acknowledged during his weekly appearance on Boston's WEEI radio that injuries have also affected their expectations. But it hasn't altered their resolve to fix their deficiencies.

“It’s not like we haven’t dealt with losses before,” Brady said. “I think a lot of it is about mental toughness and realizing that when you don’t play well, you don’t win. You’re not supposed to win when you put less than your best out there. Sometimes you get away with it, and sometimes you don’t.”

The Patriots could be dealing with another change on the offensive line.

James Ferentz may get the start at center with Ted Karras recovering from a knee injury he suffered in the third quarter of last week's loss to Houston.

Karras has started all 12 games this season in place of David Andrews, who is recovering from blood clots. Left tackle Isaiah Wynn also spent nine games on injured reserve with a foot injury.

Ferentz said he'll be ready if called upon.

“Your job is to step in and that the train doesn't slow down,” he said. “We have a bunch of guys on this team that have embraced that role and I just try to keep up with those guys.”

Brady enters the week with 535 regular-season touchdown passes, the second most in NFL history. Peyton Manning holds record with 539. Drew Brees is third with 532.

Newton's Flaw
After starting the season on a high, Cam Newton has come back down to earth ⁠– hard. Can he and the Pats salvage the season?
4 days ago