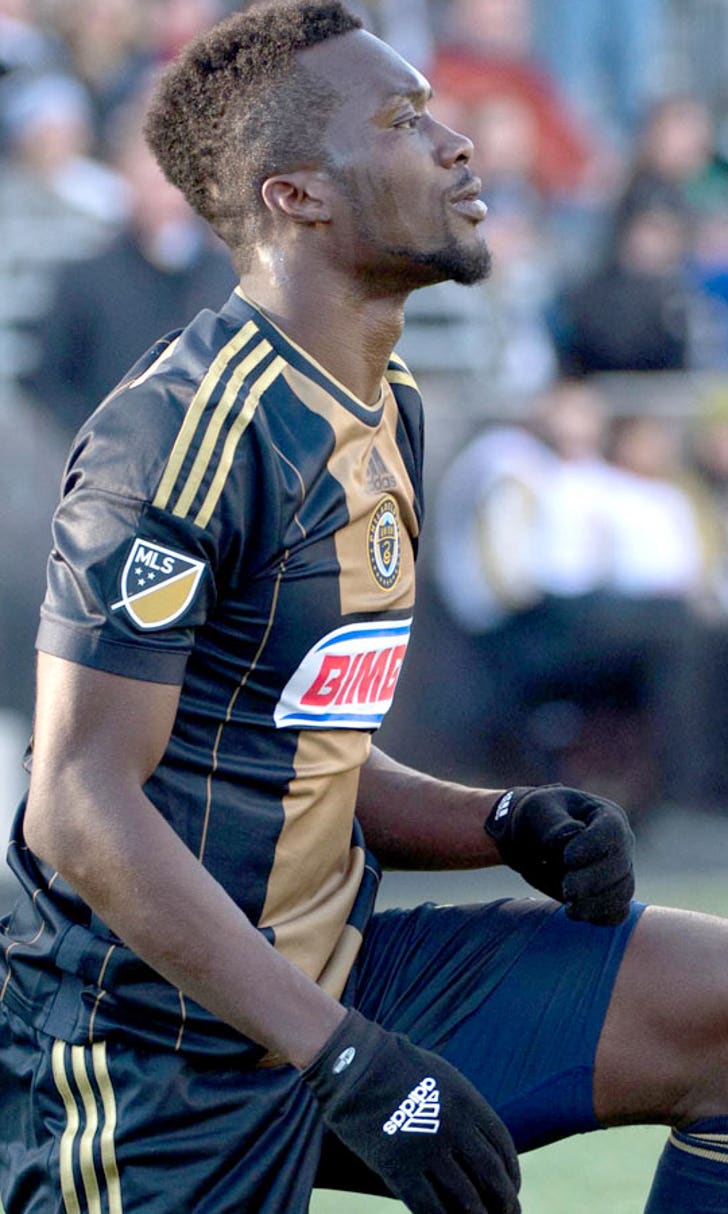 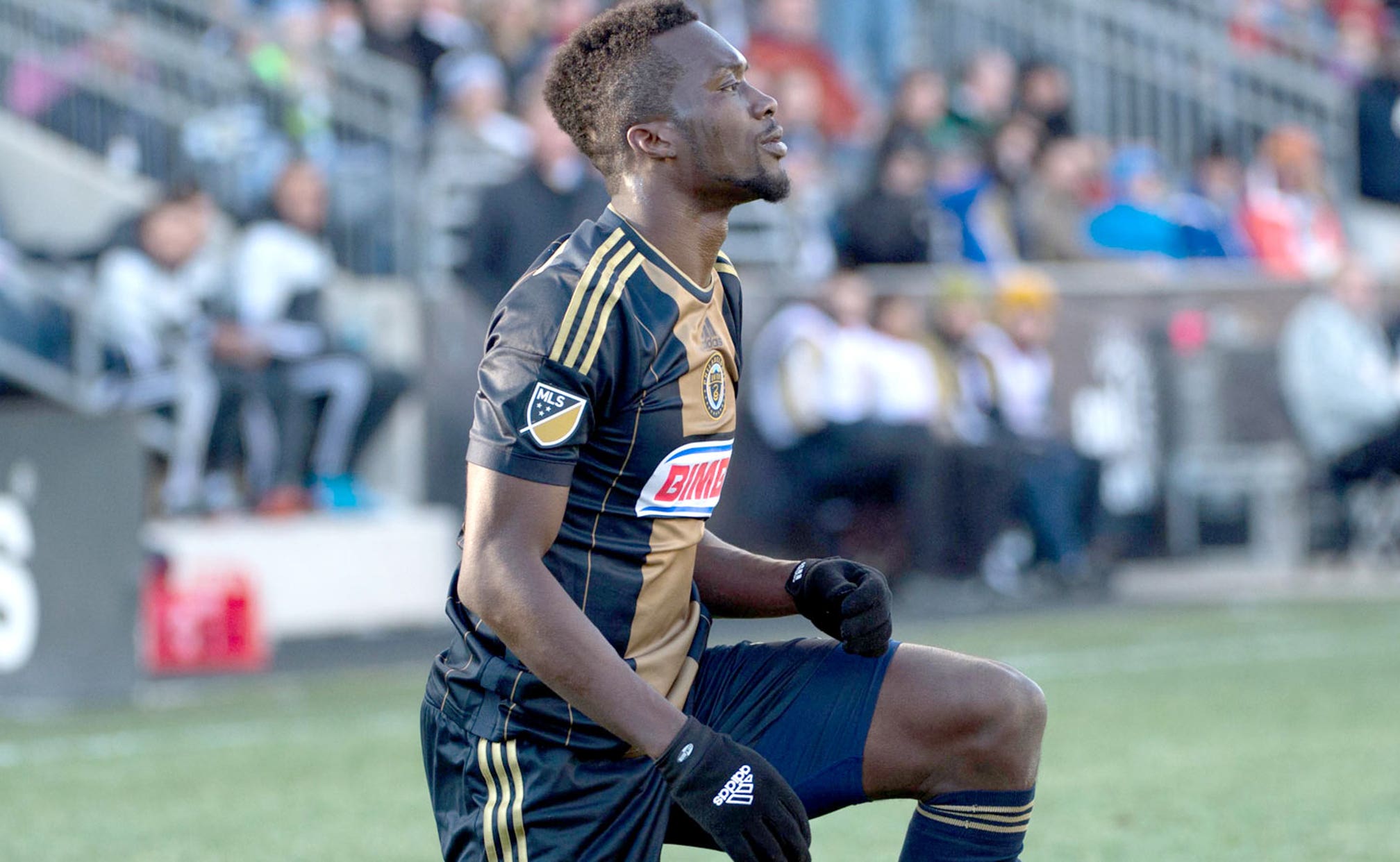 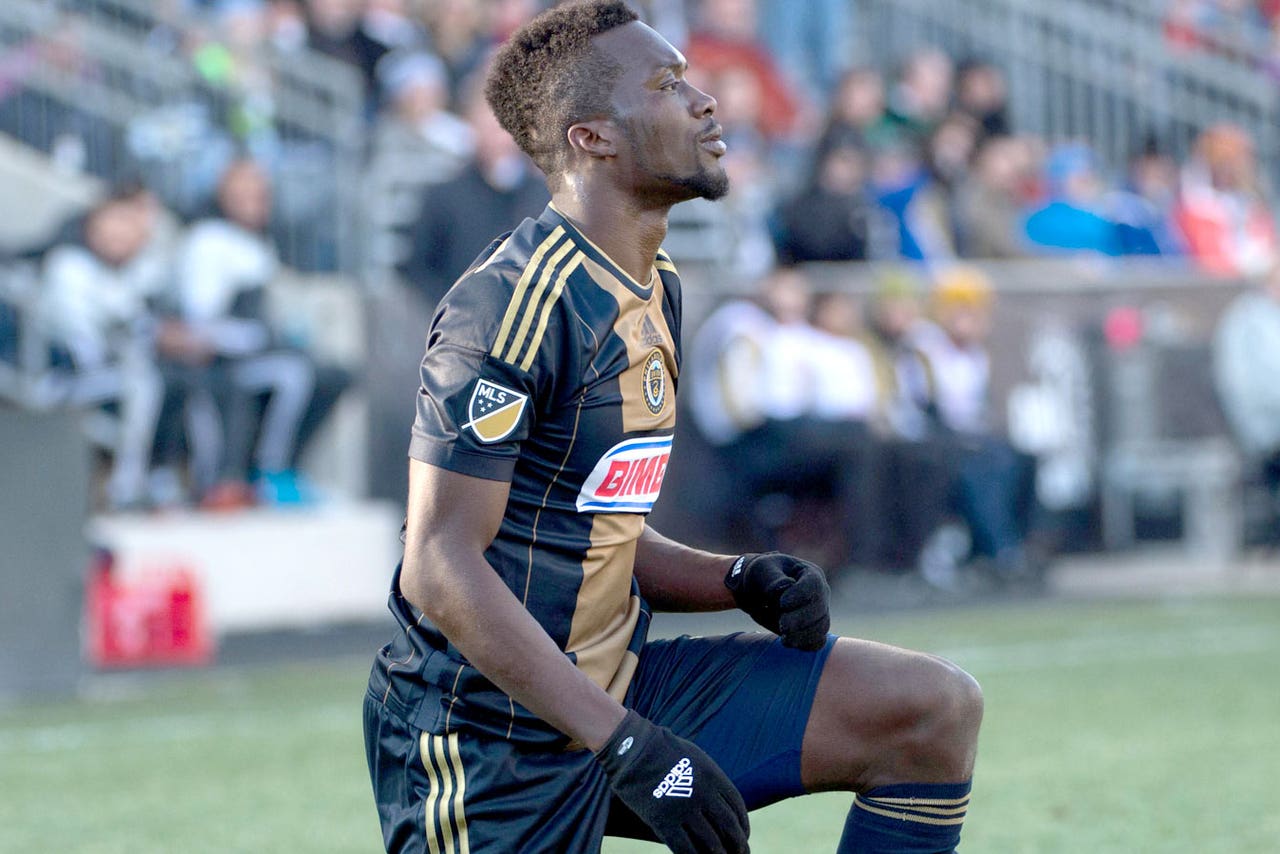 Philadelphia forward C.J. Sapong was arrested early Friday morning and charged with driving while under the influence and reckless driving.

Sapong, 26, was arraigned in Philadelphia on Friday night on one count of driving while under the influence (first offense) and reckless driving. He was released on his own recognizance and told to return to court for a status hearing on May 11, according to Philadelphia County municipal court records.

Sapong is ineligible to feature in the Union's match against Toronto FC on Saturday as he undergoes evaluation under the terms of the MLS Substance Abuse and Behavioral Health program, according to club and league releases.

“We were alerted to the situation this morning and have been in contact with the league office, law enforcement and C.J.’s family,” Union technical director Chris Albright said in a statement. “Moving forward, we will continue to work together with the League in following the appropriate procedures. We will have further comment once more information is available.”

Sapong joined the Union in December after spending the first four seasons of his career with Sporting Kansas City. He has scored 21 goals in 116 career appearances, including one goal for the Union in six appearances this season.